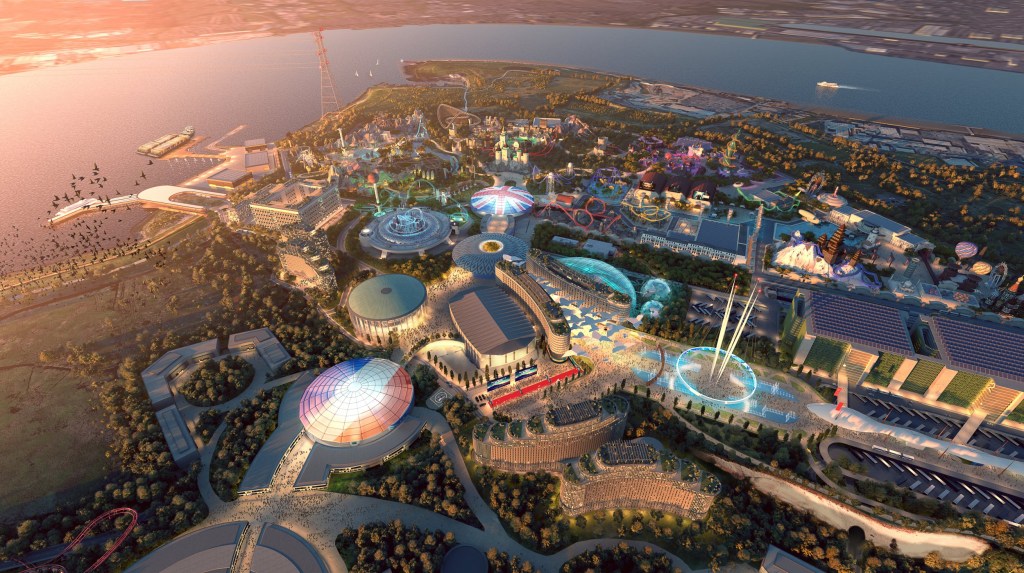 Plans for the theme park place the 1,245 acre resort on the Swanscombe Peninsula in Kent (Picture: London Resort)

Plan applications for a £2.5billion London theme park have been withdrawn so its impact on the environment can be improved.

The London Resort project was first announced in 2012 and was later dubbed the UK’s rival to Disneyland.

It is set to offer hundreds of shops, restaurants, hotels and ‘immersive’ worlds such as jungles, woods and castles.

The first gate to the 1,245 acre site was supposed to open at the Swanscombe Peninsula, between Dartford and Gravesend in Kent, in 2024. The second gate was scheduled to open five years later.

But London Resort made the last-minute choice to withdraw its application on Tuesday, just before the company was due to finalise the start-date for an inquiry into its plans.

The decision was made, at least in part, because Natual England declared London Resort’s desired location a Site of Special Scientific Interest (SSSI).

Although the land was previously developed on, it now has an abundance of wildlife including otters, water voles, and rare birds and insects. 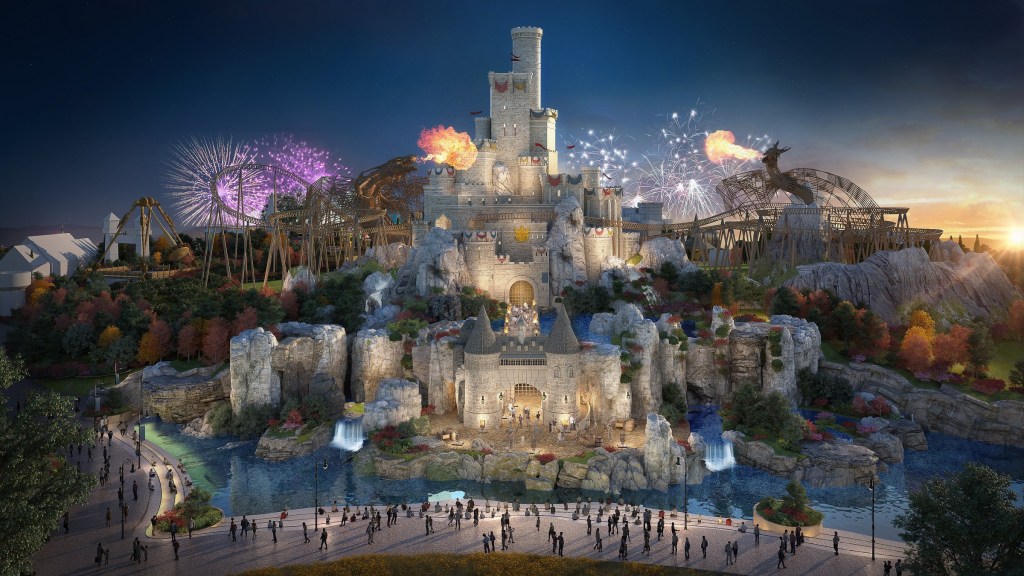 The theme park is supposed to have several ‘immersive’ worlds, including castles, for people to visit (Picture: London Resort) 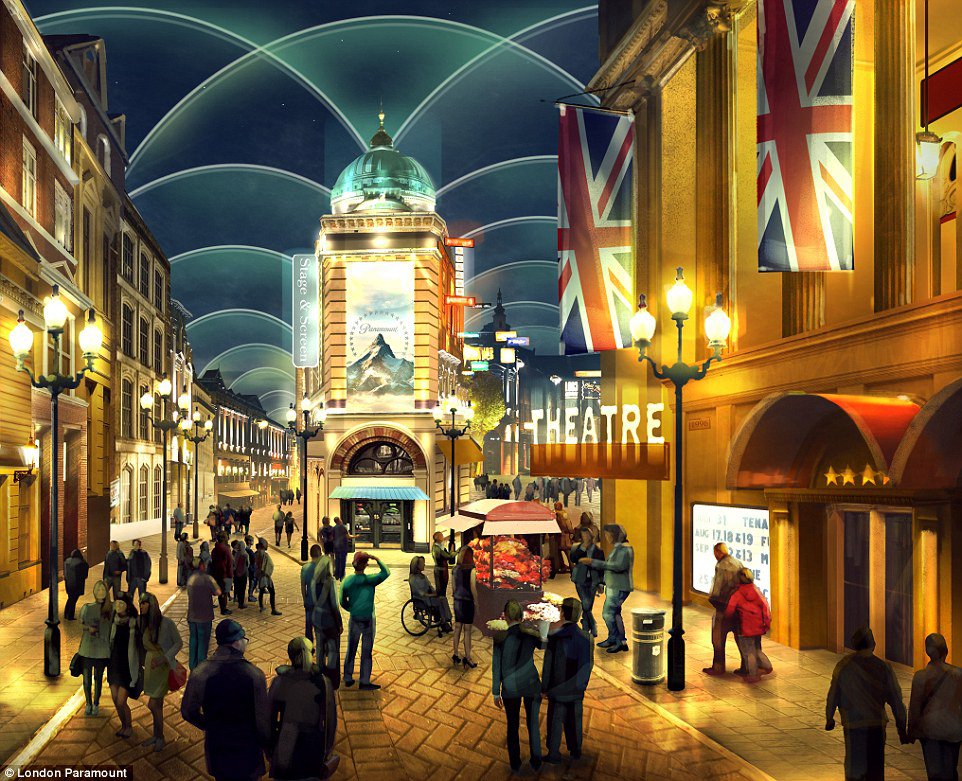 The £2.5 billion attraction is supposed to be the UK’s rival to Disneyland (Picture: London Paramount)

This is why he decided to withdraw the plans and hopes to resubmit them by the end of the year.

The French entrepreneur stressed that London Resort had already worked to lessen its negative impact on the environment, dedicating £150 million to this cause.

Nevertheless, some environmentalists want the whole project killed as they would rather the land be left as it is.

On top of environmental concerns, Thurrock Council classed Tilbury – a Thames port in Essex where London Resort wanted to build its ferry terminal – as a Freeport.

This means the port will be exempt from certain tax requirements, most likely done to encourage economic growth in the area.

As more businesses take advantage of the money-saving opportunity and use the port, it will be become too busy and industrialised to use for tourism and entertainment.

London Resort now intends to put their ferry terminal in Grays – also in Essex – but this will also require some reworking in the plans.

Mr Gerbeau said: ‘We will continue our engagement with the local community, statutory bodies, landowners and others to make sure we can reach as many agreements as possible before resubmission.

‘Make no mistake we are still 100% committed to this amazing project and we will resubmit before the end of 2022 and look forward to delivering a world class entertainment resort – the UK deserves better and we will make it happen.’

The Princess Royal was joined by her daughter Zara Tindell and both of their husbands (Pictures: PA/Getty) Zara…
byBizLifetime
No comments

Who are the pallbearers at the Queen’s funeral?

THE QUEEN’S state funeral is taking place on Monday, September 19 at Westminster Abbey at 11:00 BST. But who will…
byBizLifetime
No comments