A PREGNANT carer who was branded “useless” by her patient because she couldn’t lift her into bed has won £25,000 in a discrimination payout.

Sandy Croly, 31, from Nottingham, refused to pick up “much bigger” Kelly Ann Smith because she was worried about her unborn baby.

Sandy Croly won a £25,000 discrimination payout after being sacked

But Sandy was left shocked when her paralysed boss hit back and ordered her to – telling her there was “no point her being there” if she couldn’t help.

Sandy who was considered a high-risk pregnancy as she previously lost a child, ended up lifting her employer into bed at her home and suffered a worrying bleed.

Ms Smith, who also goes by the name Kelly Passam, then stopped paying her and sacked Sandy by text, leaving the pregnant woman without enough money for food.

However, Sandy has had the last laugh as she successfully sued Ms Smith for pregnancy discrimination, winning £24,432 in the process 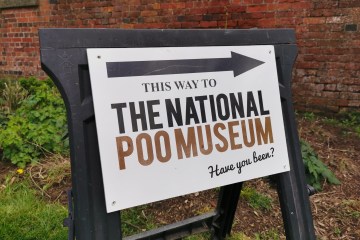 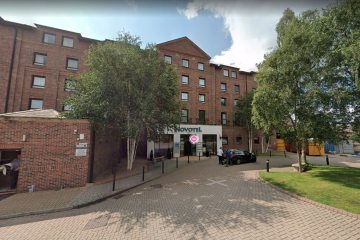 The black personal care assistant also won a race discrimination claim after Ms Smith’s other carers made “snide comments” about her, gave her “dirty looks”, and even falsely accused her of smoking cannabis at work.

The tribunal in Nottingham heard Sandy was one of five personal carers to Ms Smith who required 24-hour care as she was paralysed from the waist down.

Sandy had only worked for her for three months until she was sacked in July 2019, it heard.

She had previously went into premature labour and her daughter sadly died, so when she fell pregnant again she was “anxious about it and not wanting to do anything that may put her unborn child at risk”.

A tribunal report said: “As part of her role Miss Croly was required to help Ms Smith get in and out of bed.

“Ms Smith had a hoist to lift her in and out of bed but refused to use it.

“On one occasion, shortly before the end of Miss Croly’s employment, Ms Smith asked her to lift her up (to) her bed.

“She is much bigger than Miss Croly, and Miss Croly said that she could not lift her because she was pregnant, and Ms Smith was too heavy for her to lift.

“Ms Smith replied that if she would not lift her, there was ‘no point’ in her being there because she was “useless”.

“Miss Croly lifted her on that occasion, because she needed the job. Leaving work that day she was bleeding. She was very anxious and contacted her GP, who signed her off work for 8 weeks.”

Ms Smith wouldn’t accept her sick note, stopped paying her, and sacked her by text – even claiming she wasn’t “that bad of a boss”.

The report added: “Miss Croly was very upset by the way she was treated by Ms Smith and the other carers employed.

“She lost her confidence and has not worked as a carer since.

“After she was dismissed in July she did not receive any benefits for weeks. She went into rent arrears and feared that she would lose her home.

“She has only just finished paying back the rent arrears.

“She did not have enough money to buy food. She used food banks and walked to her grandmother’s house as she could not afford the bus fare.

“Her grandmother gave her food and the bus fare home. The impact of the discrimination upon Miss Croly has been significant.”

Ms Smith did not attend any tribunal hearing or engage with the tribunal for more than two years.

It was heard that after dismissing Sandy she spent time at hospital in Sheffield.

Sandy has since gone on to have a son and then a daughter.

Following the case, the full time mother of two said: “Her treatment has affected me badly, she has knocked my confidence and trust in people.

“I haven’t been a carer since.

“I had been a carer for more than ten years and I have never been treated the way Kelly treated me.”

A COUNCIL refused to empty the bins on one of their routine streets after its residents hung bunting.…
byBizLifetime
No comments

A residential Buffalo supermarket was turned into a bloodbath by a mass shooter (Picture: AP) At least 10…
byBizLifetime
No comments

Sleazy landlord, 53, who was exposed by Jeremy Kyle as demanding women tenants had bondage sex with him is jailed