Putin cleared the cathedral to pay his respects with red roses and a small entourage (Picture: AFP/TV Zvezda)

Vladimir Putin appeared to take a ‘nuclear briefcase’ to the funeral of a politician who died after ‘annoying’ the Kremlin by predicting Russia’s invasion.

Putin has long been suspected of keeping a suitcase with which he could use to dispatch Russian nuclear weapons remotely.

The Russian president was pictured and filmed with the suspected item as he said his goodbyes to ultranationalist Vladimir Zhirinovsky.

Mr Zhirinovsky was the founder of Russia’s first officially recognised opposition party, but is believed to actually have been part of a set-up designed to help keep Putin in power.

On December 22 last year, the far-right politician pretty much revealed the date Putin would send his troops into Ukraine.

He was just one day off – predicting that it would happen on February 22. Mr Zhirinovsky told MPs: ‘Russia will finally become a great country again. And everyone has to shut up, and respect our country.

‘Otherwise they will shut us up, and destroy Russians first in the Donbas, and next in the west of Russia. So let’s support the new direction in Russia’s foreign policy.’ 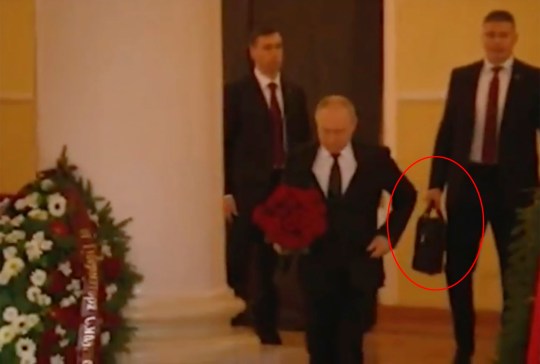 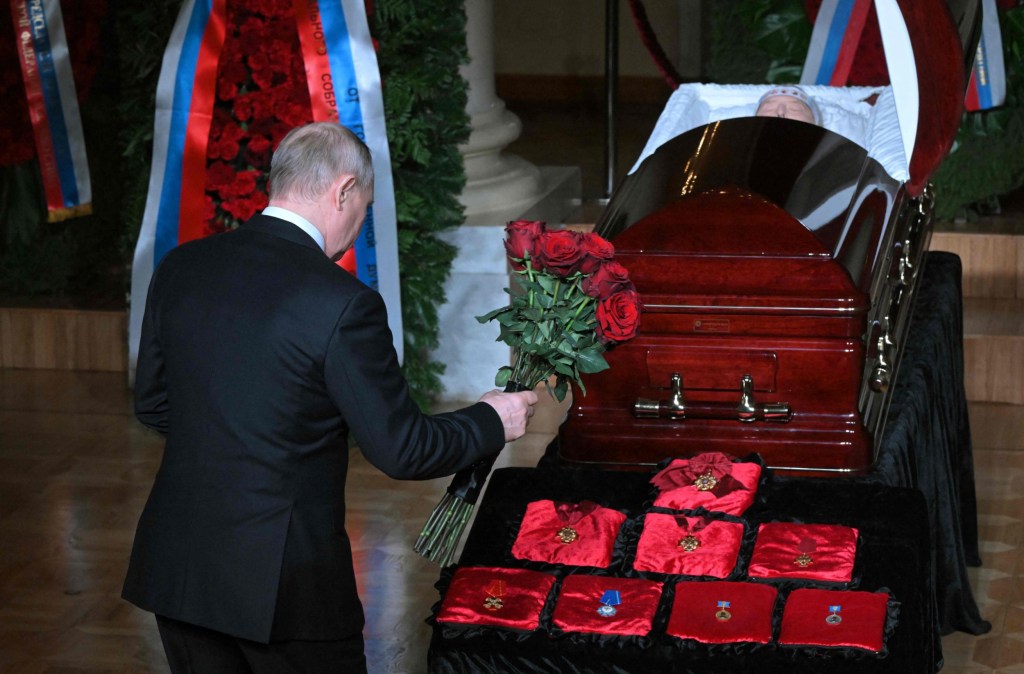 Putin took made the sign of the cross as he said goodbye to Mr Zhirinovsky (Picture: Getty)

This was the last speech Mr Zhirinovsky made in parliament, as it was reported that he fell ill with Covid-19.

Mr Zhirinovsky was admitted to hospital six weeks later, on February 2 of this year, despite the politician boasting about having had eight jabs against the virus.

Putin attended Mr Zhirinovsk’s funeral yesterday in Moscow, laying down red roses and making the sign of the cross at his open coffin.

All mourners were cleared from the Christ the Saviour Cathedral for Putin’s arrival, pointing to the Kremlin’s reported fear of assassination.

Putin was accompanied by a small entourage, including a man dressed in a suit and tie carrying the suspected nuclear briefcase.

Ukraine says that while Putin may keep a nuclear briefcase, he cannot use the device to single-handedly activate the catastrophic weapons. 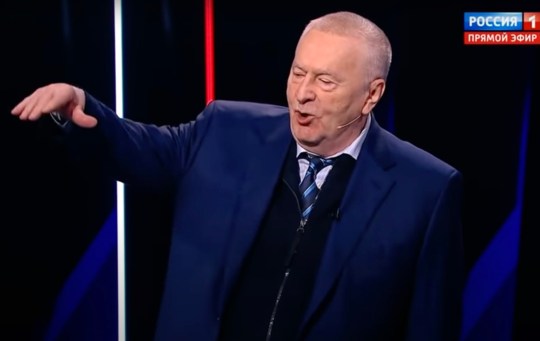 Instead, the case is supposed to be a portable way for Putin to send signals to the right departments from wherever he is.

The National Security and Defense Council (NSDC) of Ukraine said: ‘It’s just a transmitter from the president and first persons to competent authorities and down the chain to the very centre of the launch.

‘Briefcases are placed with the supreme commander, the minister of defence and the chief of the general staff.

‘The key remains with the operating officer. That is, the “Red Button” in the traditional idea does not exist .

‘To confirm the transfer of the signal by the president has not only the Minister of Defence but also the head of the General Staff.’

Boris Johnson has survived a confidence vote but emerges with his authority severely dented. The prime minister won…
byBizLifetime
No comments

How people around the world watched the Queen’s funeral

Somber events in London were mirrored around the globe (Picture: EPA/AFP/REX) Eyes were glued to television screens across…
byBizLifetime
No comments

When should you eat Easter eggs and hot cross buns?

IT’S another holiday around the corner and this time we’ll be celebrating Easter. Of course, with every holiday…
byBizLifetime
No comments