Ramadan 2022: What are the five pillars of Islam?

The Five Pillars Of Islam are a cornerstone of the religion (Picture: Getty Images)

Ramadan is among the most important times of year in the Muslim calendar – a month which is a time of spiritual reflection and self-improvement for Muslims.

The coming weeks will see members of the community refrain from eating and drinking during daylight hours in order to focus more on their faith and avoid being distracted by worldly activities.

It is also regarded as one of the Five Pillars Of Islam, underlining the importance of the month within the faith.

But just what are the Five Pillars Of Islam – and why are they important?

What are the Five Pillars of Islam?

The Five Pillars Of Islam are as follows:

What is the purpose of the Five Pillars Of Islam? 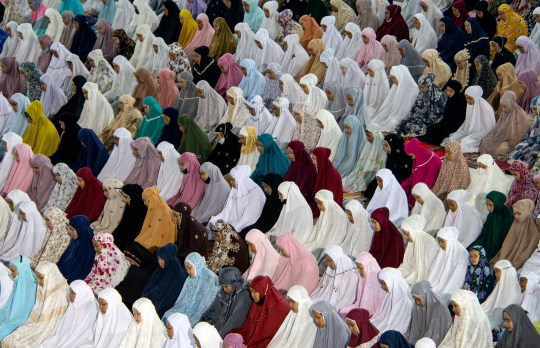 Prayer is among the PIllars (Picture: Rex Shutterstock)

The Five Pillars of Islam are considered to be the core beliefs of the religion, and have a big impact on the framework of daily life.

No matter what sort of life a person might lead, Islam believes that it is pointless to life without putting aspects of that faith into practice.

If a Muslim carries out the Five Pillars, it is a sign that they are putting their faith first – as opposed to just trying to fit it into their day-to-day lives.

The pub owner insists future employees will love the ‘banter’ in the workplace (Picture: Craig Harker / SWNS)…
byBizLifetime
No comments

I’m battling cancer – now my family must choose between moving miles away or face life on the streets, no one will help