Russia claims only those with experience or who have served before will be mobilised (Picture: EPA)

Thousands across Russia have been ordered to fight since Vladimir Putin announced a partial mobilisation – including a man who died in 2020.

Officers turned up at Alexander Bezdorozhny’s home with draft papers ordering him to present himself for military service.

But Mr Bezdorozhny, who had suffered from chronic inflammation of the lungs, had died aged 40 in December 2020 during the height of the Covid pandemic.

His sister Natalia Semyonova said: ‘It hurts me that the state only remembered him after he was dead.

‘He was an invalid, and had never served in the army.’

In Buryatia, the Russian province where Mr Bezdorozhny lived, the partial mobilisation has seen some men drafted regardless of their age, military record or medical history.

This has led Buryat rights activists to suspect the mobilisation is falling on poor, ethnic minority regions to avoid triggering popular anger in the capital Moscow.

Outcry has led governor Alexei Tsydanov to issue a statement clarifying the situation. 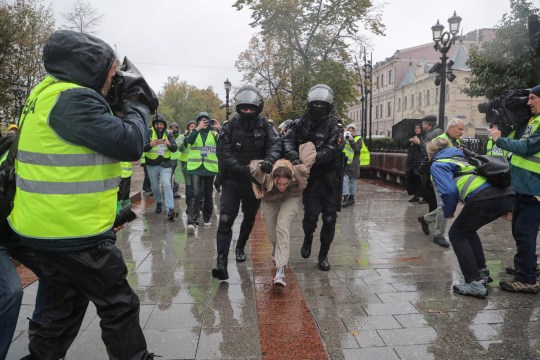 Police have detained people taking part in protests against the mobilisation (Picture: EPA) 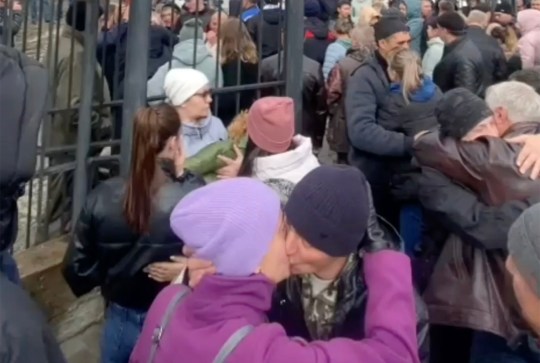 He claims those who have not served in the army previously or who have medical exemptions will not be mobilised, although he did admit some draft notices had mistakenly been given to such men.

But after Putin announced the mobilisation on Wednesday, defence minister Sergei Shoigu said it was not for all citizens, just for military reservists who have previously served in the Russian army and have combat experience or specialised military skills.

Thousands more Russians are now expected to be deployed to the war in Ukraine following a chilling new message from Putin.

The Russian dictator also warned he is ‘not bluffing’ about his willingness to use nuclear weapons against the West. 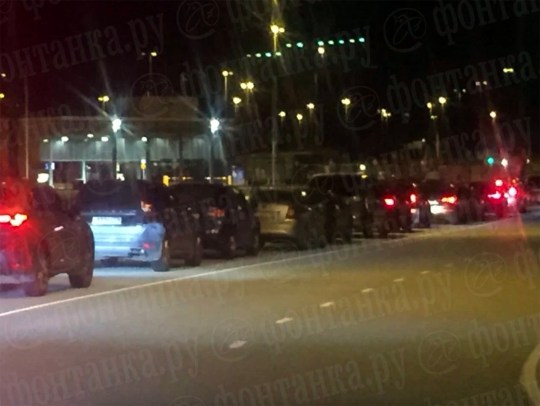 Queues of cars have been seen leaving Russia trying to get into Finland (Picture: Fontanka) 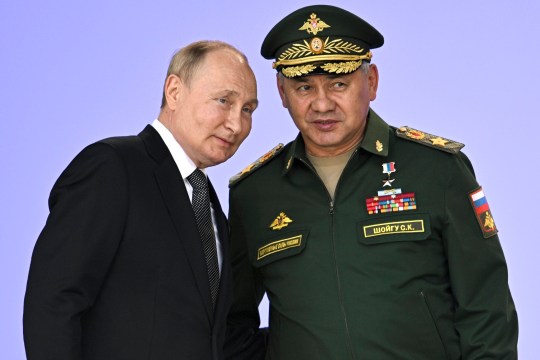 Around 300,000 army reservists will be ordered to fight in Ukraine, according to the Kremlin.

Many Russians have reportedly received phone calls telling them to enlist, or officials have turned up on their doorstep ordering men to present themselves for military service.

Following President Putin’s announcement that civilians were to be conscripted to go and fight in Ukraine, flights to countries which still offer visa-free travel to Russians sold out within hours, with prices skyrocketing.

Flights from Moscow to Dubai, which would have cost around £181 in January, have surged to more than £8,000 per seat.

The prime minister is meeting with Tory backbenchers tonight to try and see off a leadership challenge (Picture:…
byBizLifetime
No comments

– May 20 2020: Bring Your Own Booze party: A leaked email from the Prime Minister’s principal private…
byBizLifetime
No comments

Boris Johnson braces for vote of no confidence after disastrous weekend