The Conservatives have been accused of using electoral fraud as a way to gain ‘naked political advantage’ by Sadiq Khan (Picture: Getty)

Sadiq Khan has accused the Government of plotting the largest disenfranchisement of voters ‘in the history of our nation’.

The Labour Mayor of London claims Boris Johnson’s Conservatives are using ‘the bogus pretext of preventing electoral fraud’ to make it harder for minority groups to vote.

His intervention comes after MPs rubber stamped a plan to make voters show photo ID at the ballot box.

Mr Khan branded the move ‘disgraceful’ and said it was being introduced for ‘naked political advantage’ – implying that those who will not vote as a result are less likely to back the Tories.

Slamming the proposals in an opinion article for Metro.co.uk, the Mayor wrote: ‘Asking for ID may seem like a minor stipulation, but it is hugely significant and would make it much harder for certain groups of voters to cast their ballots.’

He claimed electoral fraud ‘simply is not a problem’ – as has been proved ‘time and time again’.

The Electoral Reform Society agrees, adding that ‘evidence from around the world shows that forcing voters to bring photo ID to the polling station ‘just makes it harder for people to vote.’ 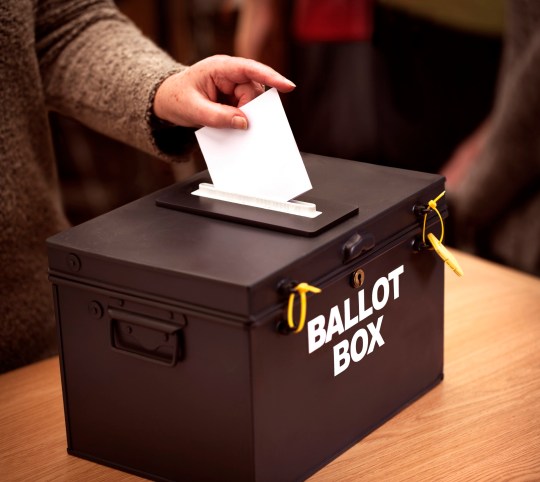 Mr Khan continued: ‘Locking hundreds of thousands of people out of having their say in our elections is morally indefensible and profoundly undemocratic.

‘It will disproportionately affect diverse cities, like London, where we already have some of the lowest voter registration rates across the UK regions and nations.’

The Government acknowledges that voter fraud levels are low, but says every ballot matters and that the move will stop people from having their vote stolen.

It also says 98% of voters already have an acceptable form of photo ID.

Voters in England, Wales and Scotland do not normally need to present any ID at the ballot box, though in Northern Ireland photo ID is required – a regulation the Electoral Commission says has done little to affect turnout.

That organisation has backed the move since 2014, saying it virtually eliminates the chance of someone being impersonated when voting.

In the USA, evidence shows that many people in disadvantaged communities are left unable to vote since they are less likely to have ID.

And London’s Mayor, who this month exclusively told Metro.co.uk about his ‘world-leading’ menopause policy, argued: ‘The truth is that this is a blatant attempt to take power away from those who are already massively underrepresented at the top of government, business and our other major institutions.

‘We can’t let the Government get away with diminishing our democracy like this.’

The Mayor contrasted Tory opposition to vaccine passports on civil liberty grounds with them backing a move that would force people to show proof of their ID to be able to vote.

A spokesperson for the Levelling up Department told Metro.co.uk ‘We entirely reject these claims.

‘Everyone eligible to vote will have the opportunity to do so – 98% of electors already have an accepted form of identification, and any that don’t can apply for a free Voter Card from their council.’

They continued: ‘Our Elections Bill will protect the integrity of our elections, stamp out the potential for voter fraud and bring the rest of the UK in line with Northern Ireland, which has had photo identification to vote in elections since 2003.’

The Elections Bill is currently at the report stage in the House of Lords, having already passed a first and second reading.

Queen dead: Will Charles be King across all Commonwealth countries?

A NURSE at a children’s hospital has been arrested amid claims she poisoned and killed an “infant”.  Cops…
byBizLifetime
No comments