The health secretary said he paid all UK taxes due on income and ‘has always done so’ (Picture: Anadolu)

Sajid Javid has admitted having non-domicile status before entering politics after eyes turned to his financial arrangements.

It’s believed the health secretary did not pay UK tax on his overseas income for six years, while he also held some financial investments in an offshore trust.

But he said he ‘proactively chose’ to give up the – entirely legal – status as he felt it was his ‘moral duty’.

Labour has accused the Cabinet member of hypocrisy as many families struggle with taxes raised by the Conservative government.

Rishi Sunak’s wife potentially saved ‘tens of millions of pounds’ thanks to her ‘non-dom’ status, it was revealed earlier this week.

Billionaire Akshata Murty has announced she will pay now UK taxes on her worldwide income following a political storm.

Ex-banker Mr Javid – who earned up to £3 million a year – said he had been a tax resident in the US from 1992 to 1996 in a statement first reported by The Sunday Times.

He came back to the UK and was ‘non-domiciled for tax purposes for some of those years but he paid all UK taxes due on income and he has always done so’. 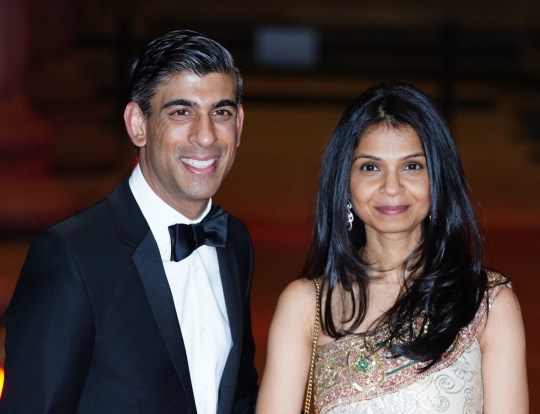 It’s believed he was entitled to non-dom status because his father was born in Pakistan.

In 2006, the British politician moved to Singapore with his family and was no longer a UK tax resident.

But he returned in 2009  and ‘proactively chose to give up my non-domiciled status by making the UK my “domicile of choice”’.

‘Prior to returning to the UK and entering public life, some of my financial investments were based in an offshore trust’, Mr Javid added.

‘While this was an entirely legitimate arrangement, on becoming a minister in 2012 I decided to voluntarily collapse that trust, repatriate all assets to the UK and pay 50% income tax on those assets.

‘This approach deliberately incurred the heaviest possible tax burden, and offset any accrued benefits from the previous trust arrangement, but I believed it was the right thing to do.’

Mr Javid was elected as MP in 2010 and served as a Treasury minister in 2012. At this point, he shared his previous tax status and declared his assets, he said.

The health minister has said he wants ‘to be open about past tax statuses given heightened public interest in these issues’.

‘Last week Sajid Javid was lecturing struggling taxpayers about their duty to pay higher taxes, but this is the guy who spent six years as a non-dom and had an offshore trust to avoid paying his fair share of tax in Britain’, he said.

‘The hypocrisy stinks. The luxury of being able to choose how much tax you pay, where you pay it, and when you pay it, is not one that is enjoyed by most people in this country.’

The Liberal Democrats have also tabled a law that would force ministers to reveal their own tax status and that of their family.

Mr Sunak and his wife are also facing backlash for keeping their US green cards after returning to the UK.

A Whitehall inquiry has been launched to find out who leaked Ms Murty’s tax status to the press as the chancellor says ‘to smear my wife to get at me is awful’.

NHS prescription charge is frozen amid cost of living crisis