The award was allegedly handed out during a lockdown-busting Christmas gathering at No10 in December 2020 (Picture: Getty Images)

A ‘Sexist of the Year’ award was allegedly handed out at a lockdown-breaking Downing Street Christmas party.

The prize was reportedly presented during a mock ceremony at an illegal gathering at No10 in December 2020, the Times has reported.

Following the allegation, Angela Rayner has written to Boris Johnson demanding he answers questions over the reports.

In a letter to Mr Johnson, the deputy Labour leader has said if the presentation did take place, the government must release further information including who gave out the award, who was nominated for it and why, and who received the prize.

‘It has already been established that there were a number of events in Downing Street that were illegal under the lockdown rules in place at the time, but this raises further questions about the conduct of senior political figures during the course of these events that deserve an urgent response from you,’ the letter states.

‘You have claimed on the record this week that there is “no place” for sexism in politics, and yet there are now serious and credible allegations in the Sunday Times that sexist behaviour has not only taken place in your own office but has been celebrated and rewarded.

‘You are ultimately responsible for the culture and activity that takes place within Downing Street under your administration.

‘If true, these allegations are not only at odds with your professed opposition to sexism but set a terrible example and must result in further action. 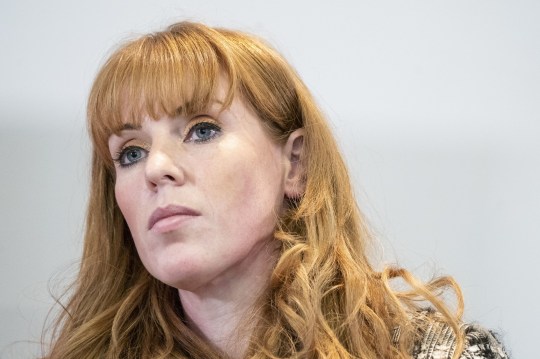 ‘Please could you confirm what action will now be taken? Given the seriousness of the new revelations in today’s Sunday Times and the serious matters and questions arising, I look forward to your speedy response.’

The allegation comes after a week of accusations of a culture of misogyny and sexual misconduct existing within Westminster.

A total of 56 MPs are facing allegations of sexual misconduct – including three members of Boris Johnson’s Cabinet, it has been reported.

Staff working in Parliament are also said to have drawn up and circulated a list of MPs they say have behaved inappropriately in a bid to warn others.

Neil Parish, the member of parliament for Tiverton & Honiton quit on Saturday after claiming he first viewed the x-rated content accidentally after looking at tractors but confessed the second occasion was a ‘moment of madness’.

Downing Street has declined to comment on the allegations.

The remains were found in a long-lost holy site in Pembrokeshire (Picture: Wales News) The bodies of 100…
byBizLifetime
No comments

When is the best time to post on Snapchat Spotlight?

I found out my daughter, 14, had died when I drove past the police tape