THIS is the shocking moment two women were seen brawling over a taxi – as one accidentally flashes her BUM during the chaos.

The late-night bust-up shocked onlookers as their pair hauled one another out of the black cab during the fight.

The pair brawled over the cab as shocked onlookers watched from another vehicleCredit: Ben Lack 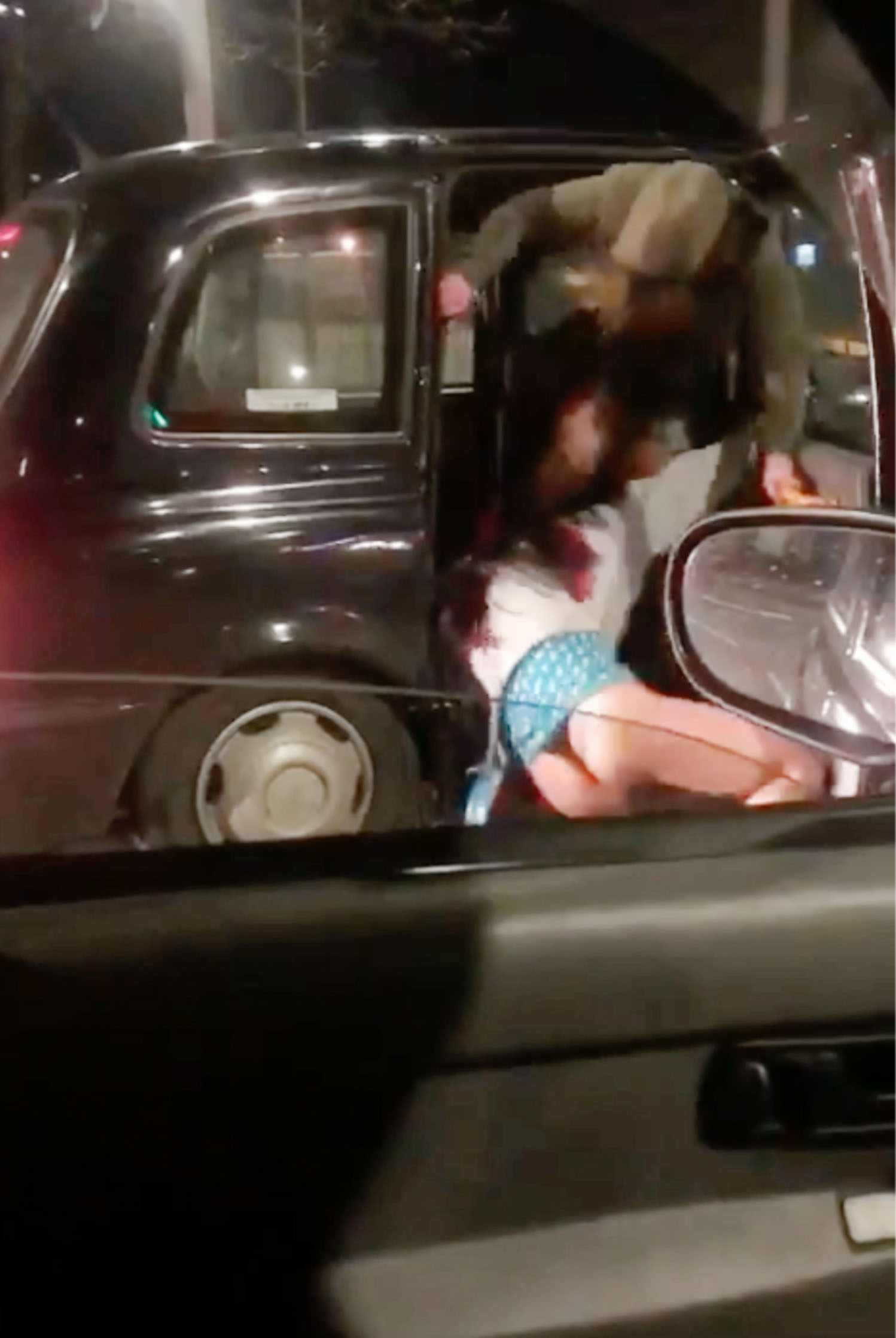 The girl in khaki tries to kick the other woman out of the taxiCredit: Ben Lack

The shocking scenes were said to have taken place earlier this week after a night out in Liverpool.

In the clip posted on social media, the two brawling women can be seen wrestling as one tries to kick the other out of the black cab.

One of the women nearly slams the door shut on the other as her body hangs out onto the street, before the pair confront each other.

Desperate attempts at kicking one another in the head can be seen in the shocking clip – which was recorded by a spectator.

But as they’re fighting – one of their dresses rides up – leaving little to the imagination.

Before long, both of the women fell out of the taxi door, continuing their brawl and desperate hair pulling on the street.

One of the women dressed in khaki shouts as she tries to get the other off of her during the nasty confrontation.

The other, in a blue dress, falls to the ground and seems to not give up the fight as shocked onlookers recorded the bust-up.

Do you know the women involved? Let us know at [email protected]

While the pair continue to pull one another’s hair in the brawl, the taxi driver slowly edges away – leaving them without a ride.

Earlier this week, a shocking clip emerged of punches being thrown as a brawl broke out between rival football fans.

Cops made 11 arrests after violence erupted outside a town centre pub in Bolton, Greater Manchester.

The row near The Anvil in Dorning Street followed a draw between Wigan Athletic and Bolton Wanderers on Saturday.

Footage of the fight, which has been posted on social media, begins with one man lying on his back in the street.

Two others, dressed in black, appear to be closing in on him when a brunette woman in a hoodie rushes in and slaps at one of the assailants.

The man climbs to his feet before a lad in a grey hoodie jumps him from behind, swinging for him and wrapping an arm around his neck. 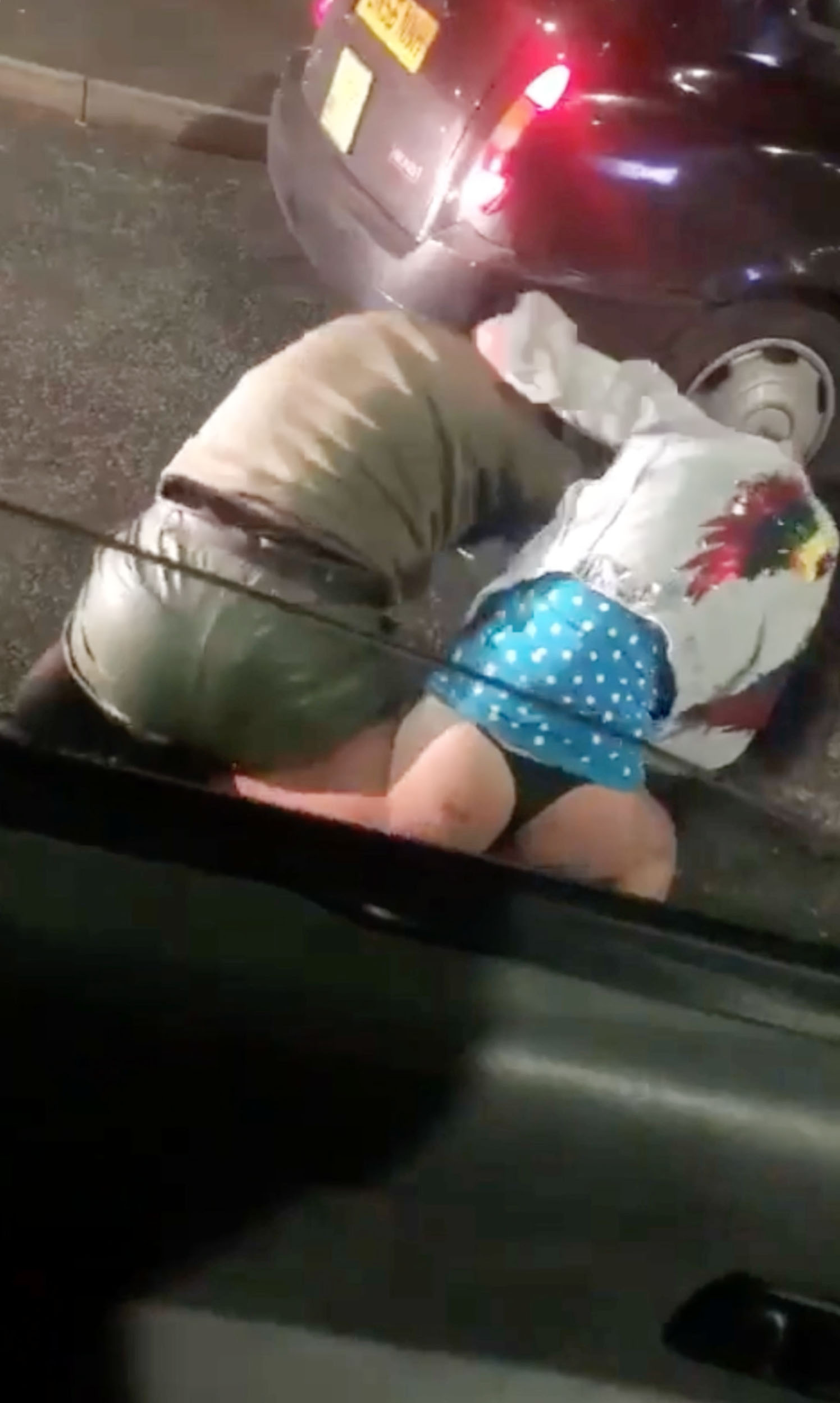 They wrestled to the ground, pulling each other’s hairCredit: Ben Lack 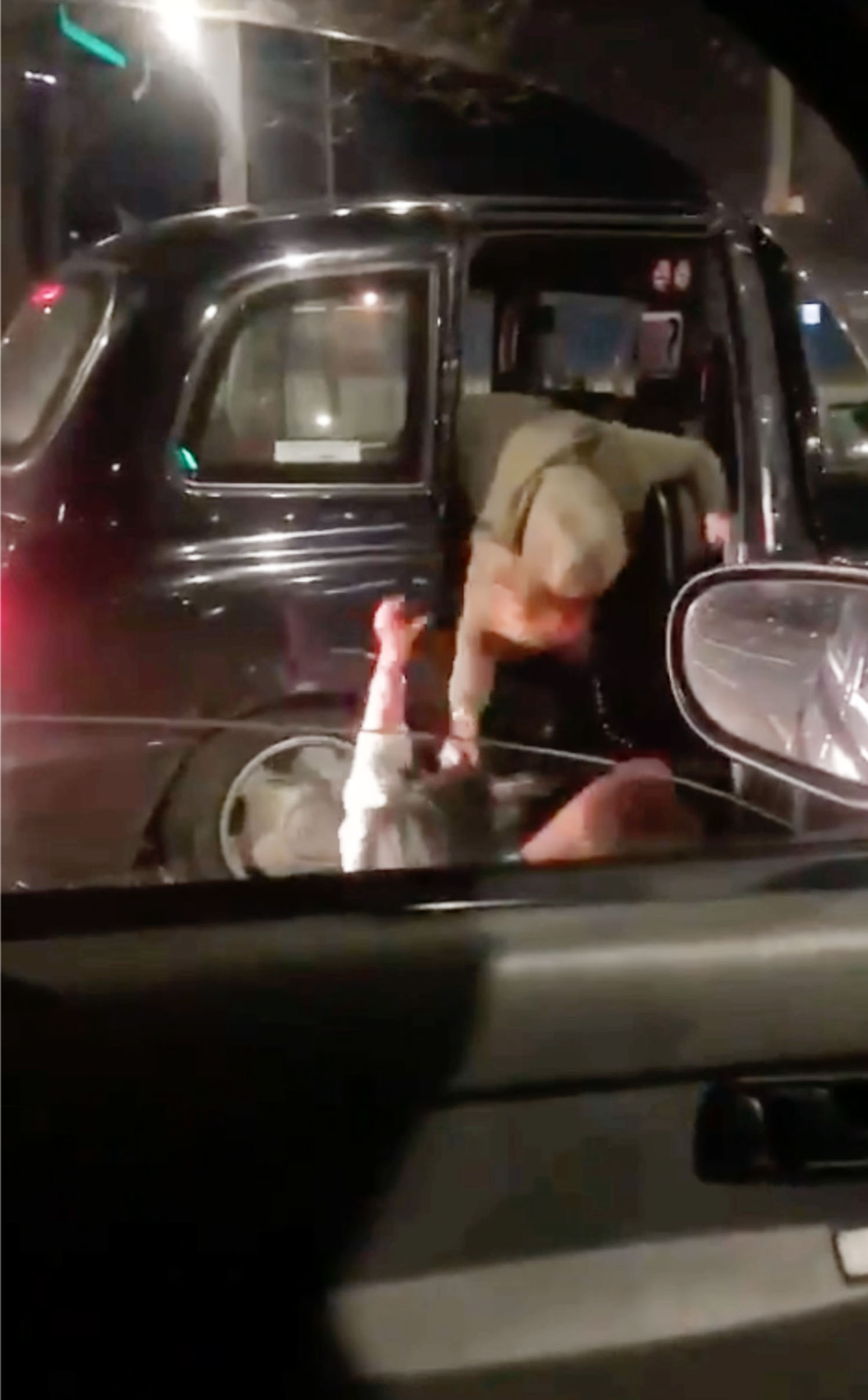 The clip has circulated on social mediaCredit: Ben Lack 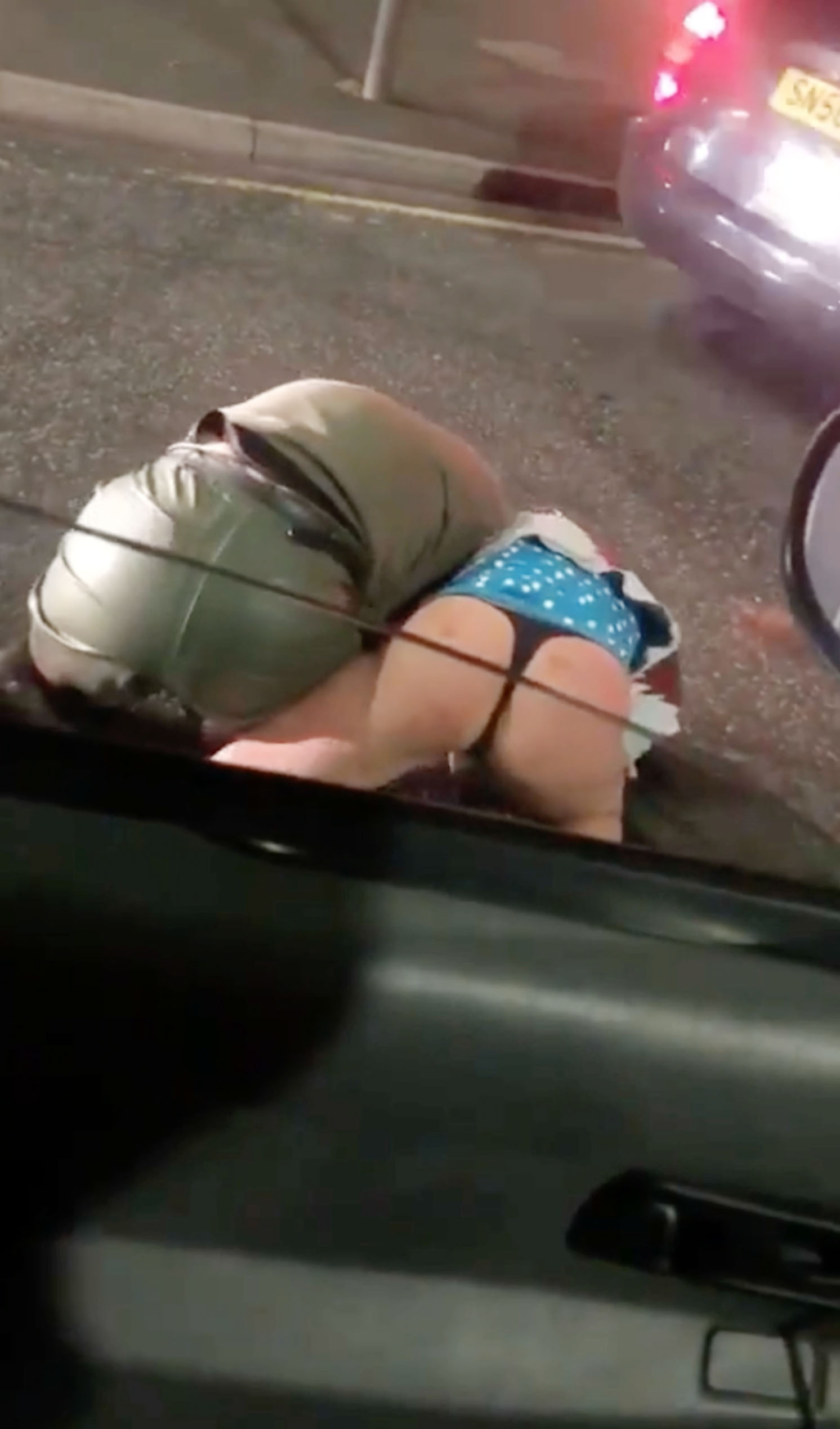 As they’re fighting one of their dresses rides up – leaving little to the imaginationCredit: Ben Lack

Greenland’s vast glacial retreat in a span of 20 years. (Credit: Google) Google has chosen to remind people…
byBizLifetime
No comments

The drug has been tested on mice in a 2020 trial (Picture: Unsplash) Adding another 100 years to your…
byBizLifetime
No comments