HEARTBREAKING tributes have today been paid to a Year 7 boy who collapsed and died on the school field at lunchtime.

The unnamed youngster tragically passed away at 1:20 pm yesterday after suffering a suspected heart attack at Shoeburyness High School in Essex.

The boy had been described by peers as the “sweetest and most energetic person ever.”

Cops, paramedics and air ambulance crews descended on the school yesterday after receiving reports of a medical emergency.

Essex Police later confirmed that the boy had passed away.

Local councillor, Nick Ward, said that parents have been left traumatised by the incident. 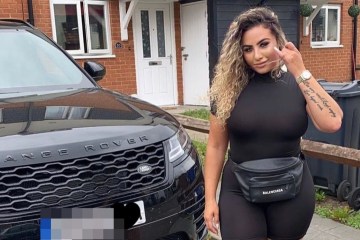 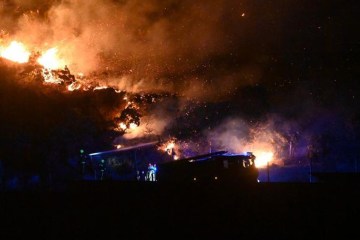 Mr Ward said: “To send your child to school in the morning and then for them to not return home in the evening is tragic.

“The staff administered first aid and were very quick to respond from what I’ve been told.

“It’s a tragic event. Your heart goes out to everyone involved and the children around them.”

Detectives say they are continuing to investigating the circumstances around his death, which is currently being treated as “unexplained”.

It came as police dismissed social media rumours of a knife being involved.

DC Ian Hughes, of Essex Police, said: “We will continue to investigate the circumstances into the boy’s death and will work with the school.

“We are aware of comments on social media, and we want to reassure the local community and parents of pupils at the school, no knife was involved during this tragic incident.”

In an email sent to parents yesterday afternoon, staff described it as a “serious but isolated incident”.

The email, sent at around 2.20pm, read: “There has been an isolated but serious incident on the school field at lunchtime today.

“The parents of the child concerned have been notified. Emergency services are managing the situation with school staff supporting.”

Another letter sent by the school yesterday read: “At lunchtime today there was a medical issue involving one child; no other individuals were involved.”

It added that specialist support would be in place for children, who would be spoken to about the situation by their tutors.

A further correspondence from the school to local councillors reportedly stated that the boy had suffered a heart attack – although this remains unconfirmed.

Wales: Rapist caught after victim found video of attack on her phone

Table of Contents Hide Do UK house spiders bite?What is the deadliest spider bite in the world?Has anyone…
byBizLifetime
No comments