In which a reporter who has not read any news for a week gets you sped up on all the news he has not read (Picture: Metro.co.uk)

This week’s ICYMI begins with something of a plot twist.

Your correspondent has been on holiday and indulging in what your horoscope-reading friends would probably call a ‘digital detox’.

In practice, this involves deleting the Hell Feed apps which mainline misery into your red raw eyes on a daily basis and punching yourself in the face every time you go to check Metro.co.uk (or a lesser competitor, if you’re thick).

This endeavour was embarked on with the sort of industrial strength scepticism one usually reserves for anything involving Gwyneth Paltrow.

But that doubt quickly made way for a joy bridled only by the new lease of life riding it into the dawn of a new and hopeful day.

This could be my existence now, your correspondent thought. No news, no reality, no endless stream of horror and fear. A new life. A new me.

Anyway, the money has run out and, believe it or not, they pay me for this.

So apps reinstalled, dust blown away from the WFH desk, the holiday already a distant memory shrivelling in a bitter past.

Now you get to watch in real-time as your hero plugs himself back into the matrix and we find out together what happened this week on this absolute chaos factory of a planet we call home. 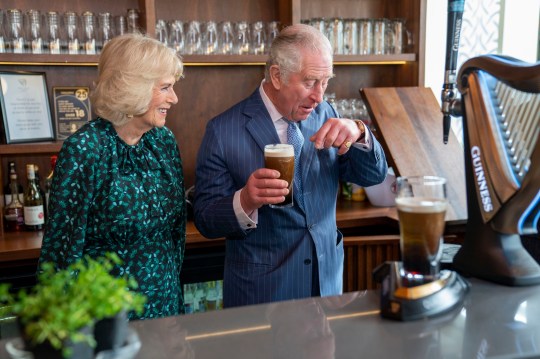 A private holiday snap from the author’s collection (Picture: PA)

Violence continues to decimate a country wrongly accused of picking a fight by a despot who has fight-picking in his DNA.

Vladimir Putin’s war on Ukraine has trudged its way into a second month, bringing senseless brutality wherever it has laid its boots.

The week began with the deadly shelling of a shopping centre in Kyiv and the unprovoked strangulation of Mariupol continued throughout.

Efforts to batter the southern port city – which stubbornly stands between regions currently annexed by Russia on the Crimean peninsula and in the Donbas – into submission have failed.

It continues to hold out despite constant shelling and with starvation setting in. When this war does end, no matter who wins, there will be little left of Mariupol.

The list of atrocities committed this week are too numerous to list here but the bombing of a humanitarian convoy, which killed six outside Kharkiv, stands out for its sheer barbarism.

No matter what the Kremlin would like the world to believe, its ‘special military operation’ is not going to plan.

A pro-Kremlin news website accidentally published and swiftly deleted an update from the defence ministry admitting it has lost almost 10,000 troops in a month, with a further 16,000 injured.

If correct, those figures mean the Russian death toll will soon surpass the nine-year-long Afghan War.

The Ukrainians have launched counter-offensives to retake territory to the north of Kyiv and have sunk a warship preparing for a naval offensive off the country’s southern coast. 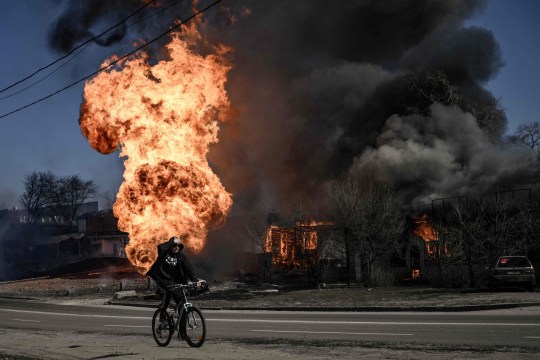 Relentless strikes – like this one near Kharkiv – have continued throughout the week (Picture: Getty)

The West’s response has carried on without any major deviation. The UK has pledged a further 6,000 missiles and, crucially, a small portion of the 3.5 million people displaced by the conflict have started to arrive here.

This week made clear what was already quite obvious last week – that any hopes Moscow might have had for a swift knock-out blow against Ukraine are buried in the mud along with the teenagers sent to die for Putin’s folly.

The Kremlin’s forces look more like an old heavyweight fighter past their best – heavy, slow, out of ideas.

Their opponent is smaller but refuses to stay down. If there is a Russian victory, it will not be with Ukraine sprawled out on the mat – it will be a hollow points win after 12 embarrassing rounds, the victor just as bloodied as the defeated.

Look, did this returning correspondent’s heart sink just a little to discover there was a new royal jolly to get caught up on?

Perhaps, yes – but it turns out this one has been a bit fruitier than the usual official smile and wave parades.

William and Kate have jetted off the Caribbean for visits to Jamaica, Belize and the Bahamas.

There has been much pleasantness and pageantry along the way, with warm wishes sent to the Queen to mark her Platinum Jubilee and plenty of welcoming crowds.

Except, this time, there’s been a little bit extra too. 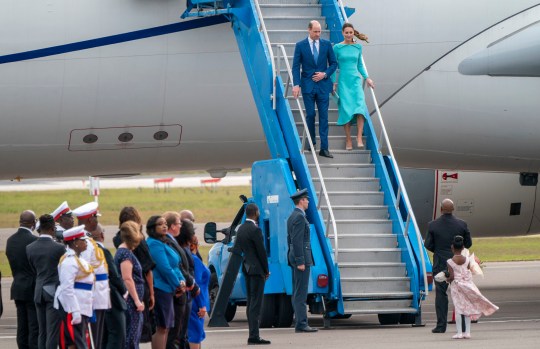 Campaigners in the Caribbean have used the visit to call for reparations against Britain to offset the last toll of the slave trade.

The Bahamas National Reparations Committee said the monarchy had ‘looted and pillaged our land and our people for centuries’.

There were demonstrations in Jamaica and Belize, with a royal engagement in the latter having to be rearranged.

The Duke of Cambridge took his father’s lead by expressing regret and revulsion at the slave trade, echoing Charles’ comments in November last year.

But just like pops, William didn’t go as far as actually apologising, a formal step which could open up a legal quagmire and lead to the government actually having to put its hand in its pocket.

TL;DR: Not quite the Pina Colada fest they were hoping for.

Spring has sprung a leak

Rishi Sunak headed to the Commons on Wednesday to remind the country we’re basically skint and that he doesn’t intend to do a great deal about it.

With the war in Ukraine sending shockwaves through the global economy and energy prices continuing to soar, the chancellor set out a few measures to try and ease the pain (a cut to fuel duty being the headline grabber).

There were other commitments on tweaking tax thresholds and making green energy for homes more viable but the reception to this mini-budget was unanimous.

Mr Sunak was criticised for not doing enough to help cushion the blow of the cost of living crisis, which one influential group of analysts say is on course to be the worst since records began.

The New Economic Foundation suggests that by next month, 3.4 million people will be struggling to stay afloat.

It is already grim out there for many families and it’s going to get worse before it gets better.

The boss of the Iceland supermarket chain said he had heard about food banks struggling to get rid of potatoes because people can’t afford the cost of boiling them.

Mr Sunak – whose pandemic-era new-kid-on-the-block sheen now looks about as convincing on Boris Johnson’s happy-go-lucky shtick – said he wanted people to keep more of their money while overseeing the biggest rise in the tax burden since the Second World War. 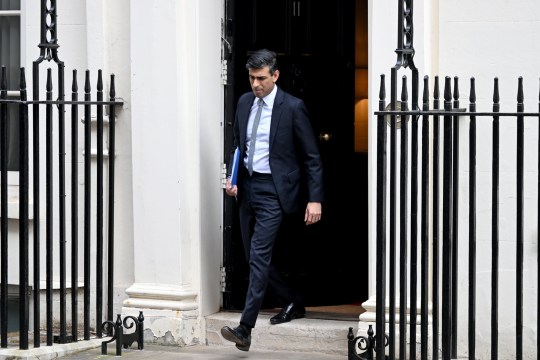 Chancellor Rishi Sunak pictured leaving the Treasury on his way to remind the country there is nothing he can do about the economy (Picture: Getty)

During an awkward post-statement interview round, he set about confirming some cliches by stumbling over the price of a loaf of bread and admitted ‘I can’t solve everyone’s problems’.

That’s probably true. It’s also true that he’s a multi-billionaire in charge of the Treasury, so make of that what you will.

TL;DR: Rishi Sunak tried to talk himself out of his job (and who can blame him).

The trial of the man accused of murdering a sitting MP in October 2021 got underway.

Sir David Amess, 69, died after being stabbed multiple times during an open surgery for constituents.

Ali Harbi Ali allegedly tricked his way into a face-to-face meeting at a church in Leigh-on-Sea, Essex, before launching the attack.

The 26-year-old is accused of the ‘cold and calculated murder’ and carrying out reconnaissance on targets including Michael Gove.

Tom Little QC told the Old Bailey: ‘This was nothing less than an assassination for terrorist purposes. It is a crime to which, we say, he has no defence.’

He is accused of preparing an act of terrorism for several years and prosecutors say he believed he would be ‘martyred’ by officers attending the scene.

Footage of a man being arrested at the scene – during which officers can be heard screaming ‘drop the knife’ – was played in court.

The defendant, of Kentish Town in north London, appeared in the dock wearing a black robe and black-rimmed glasses.

He denies murder and one count of preparing acts of terrorism. The trial continues.

TL;DR: Terror trial will reopen debates about radicalisation and the safety of public officials.

And finally… cuddly toys on the loose

Well, that was fun wasn’t it? The holiday is well and truly over.

It remains bleak out there but now and then something comes along to remind us that things aren’t always really as bad as they seem.

For instance, you could be wandering the streets of Oldham and see your life flash before your eyes when the hulking figure of a man-eating tiger looms into view – only to realise it’s a cuddly toy.

Or you could be idling through Kent only to be stopped in your tracks by a blood-thirsty alligator – which in fact turned out to be a fake.

Both happened within a few days of each other this week and, unless you want to try really hard to get upset about police time being wasted, we can and should take heart from both of these reports. 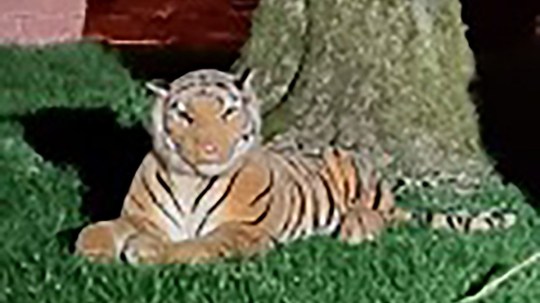 Insert joke about ‘everything being grrrrrreat’ here please (Picture: GMP)

Why? Because the world is full of tigers and crocodiles.

Some of them are hungry and will pick the meat from your bones given half a chance.

Some want to frighten you and will follow you around until the day you die.

But most of them are just crap Christmas presents that have been fly-tipped at the side of B-roads.

Metro.co.uk hopes your own personal tigers and crocodiles turn out to be the latter this week.

TL;DR: Your correspondent is wrestling a big holiday blues-shaped tiger right now and, to be quite frank, he is losing.

AN escaped 18ft snake sneaks into a house through an open bedroom window. The albino Burmese python was…
byBizLifetime
No comments

No charges will be filed in the death of Amir Locke, who was shot by police during a…
byBizLifetime
No comments