UKRAINE’S heroic defenders hoisted a Union Jack at a checkpoint in a display of gratitude for Britain’s stalwart support in their war.

Volunteers flew the red, white and blue next to their own national flag as the UK pledged cash, arms and sanctions to ensure that “Putin must fail”. 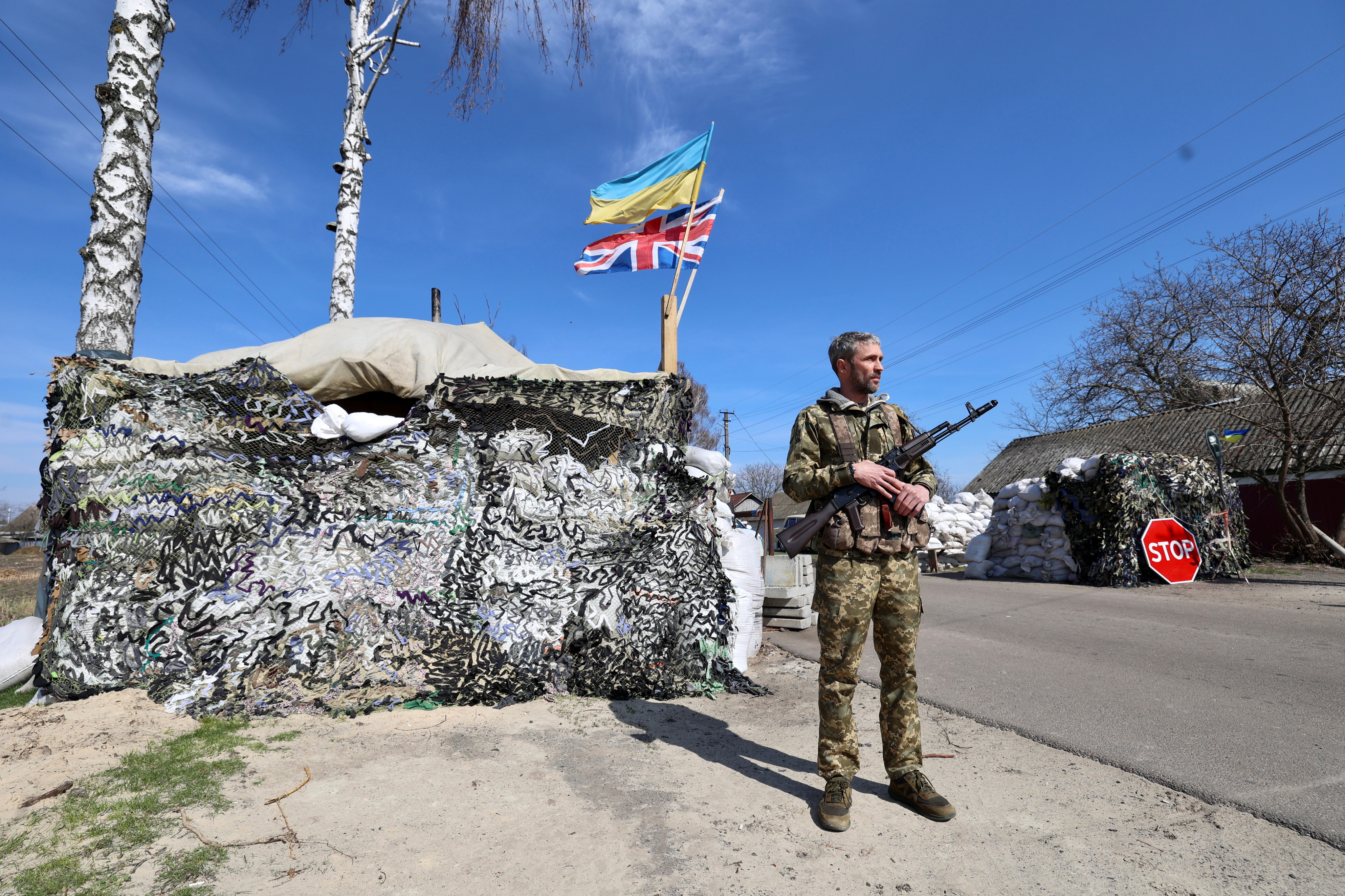 Ukraine’s heroic defenders hoisted a Union Jack at a checkpoint in a display of gratitudeCredit: Peter Jordan 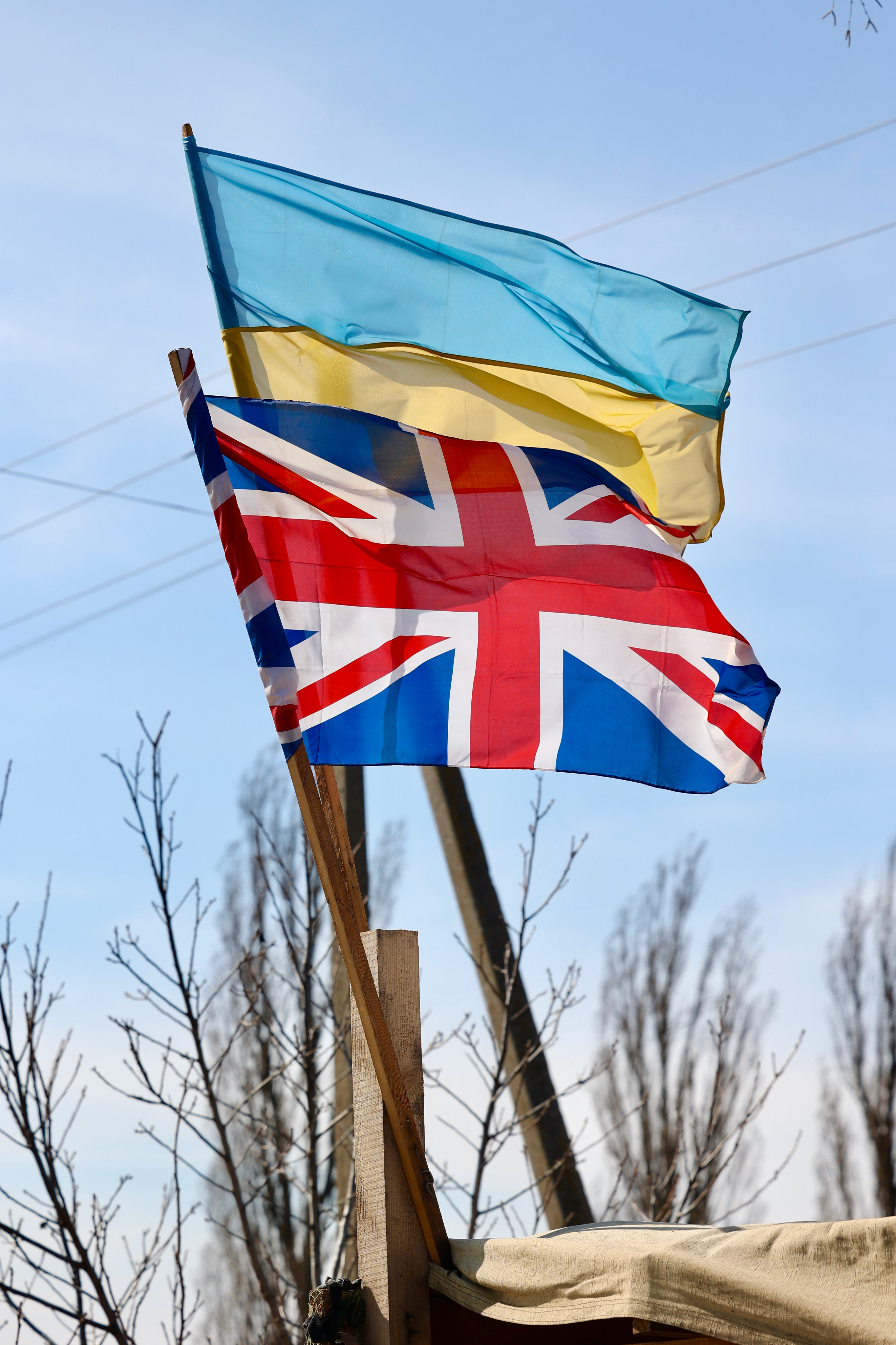 Volunteers flew the Union Jack as the UK pledged cash, arms and sanctions to ensure that ‘Putin must fail’Credit: Peter Jordan

Andrei Potybenko, a civil defence volunteer, said they raised the flags at their checkpoint position on the first day of the war because, “Britain is our best friend”.

“God save the Queen,” he added.

The Sun saw hulks of bombed tanks — many with their turrets blown off — littering roads and towns where Putin’s onslaught failed. 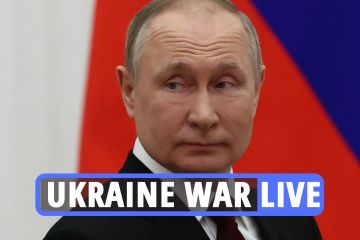 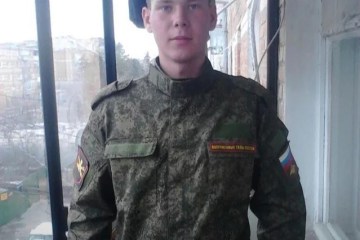 Russian troops were forced to retreat from the whole of the northern front after entire units were wiped out by Ukraine’s ferocious resistance.

But the devastation in their wake seems endless.

Homes, shops and offices have been blown to smithereens and thousands of civilians killed.

An avalanche of war crimes claims — including horrific rapes and murders — has triggered calls for Vladimir Putin to face trial.

In the town of Trostyanets, which endured a month under Russian occupation, the central square was reduced to rubble, with burnt or abandoned Russian armour at almost every turn.

Near the centre of the square stood the hulk of a self- propelled howitzer — an artillery gun on tracks — with a 152mm canon that can fire up to 16 miles.

In the corner nearest the train station, sat a T-80 tank, while the twisted wreckage of a BMP fighting vehicle was almost unrecognisable next to a row of blasted-out shops.

As The Sun waded through the destruction, shopkeeper Marina, 35, came to salvage what she could from the debris of her homewares store.

Everything worth taking — a few boxes of dusty hair dye and some cleaning products — fitted into a single white carrier bag.

“I feel like I have lost half of me,” she said sadly.

Troops made a base in the railway station and slept in its basement near where medics established a small field hospital. Snipers took positions in its roof.

“It was a nightmare,” said Ihor Shabelnik, a local businessman.

“My home is 250 metres from the station and we were so scared of the snipers, we only smoked behind the house when we came outside.”

On the road to Okhtyrka, 12 miles to the south, Ukrainian forces had blown up a bridge to halt the Russian advance.

On the far side of the river, a row of bombed-out restaurants stood next to a 20ft-wide crater.

Ludmyla Petrova, a mum-of-two, who worked at a petrol station in Okhtyrka, said her aunt in Russia refused to believe the stories of death and destruction.

“It is like they have drugs in their TV,” Ludmyla said.

“The people in Russia have lost their minds. My mother called my aunt and said, ‘Do you realise because of this Special Operation [what Putin calls the war] my daughter could have been killed?’.

“But she just said, ‘She is still alive so there’s nothing to worry about’.

“Relatives do not even trust relatives. They just trust the TV.”

Back in Trostyanets, a woman crossing the square with her daughter, called out: “Is this fake? Look at this. Tell the Russians!”

In the morgue at Trostyanets Hospital lay the bodies of three Russian soldiers and a fourth body so badly burned medics are yet to identify it.

One of the soldiers had been shot through the star and sickle in the middle of his brass belt buckle.

On Saturday in a surprise trip to Kyiv, Boris Johnson announced an extra 120 armoured vehicles as well anti-ship missiles to help defend the Black Sea coast.

“You have to be brave and a little crazy to come to Kyiv.

“He is leading the way, pushing other countries to help us, even though he knows the sanctions might hurt Britain. We are grateful.”

And it is not just the UK Government helping Ukraine.

“Our biggest help has been from Britain,” she said. “We will stand on our own whatever happens.

“But the more help we get now, the faster we will win and the fewer people who will suffer.” 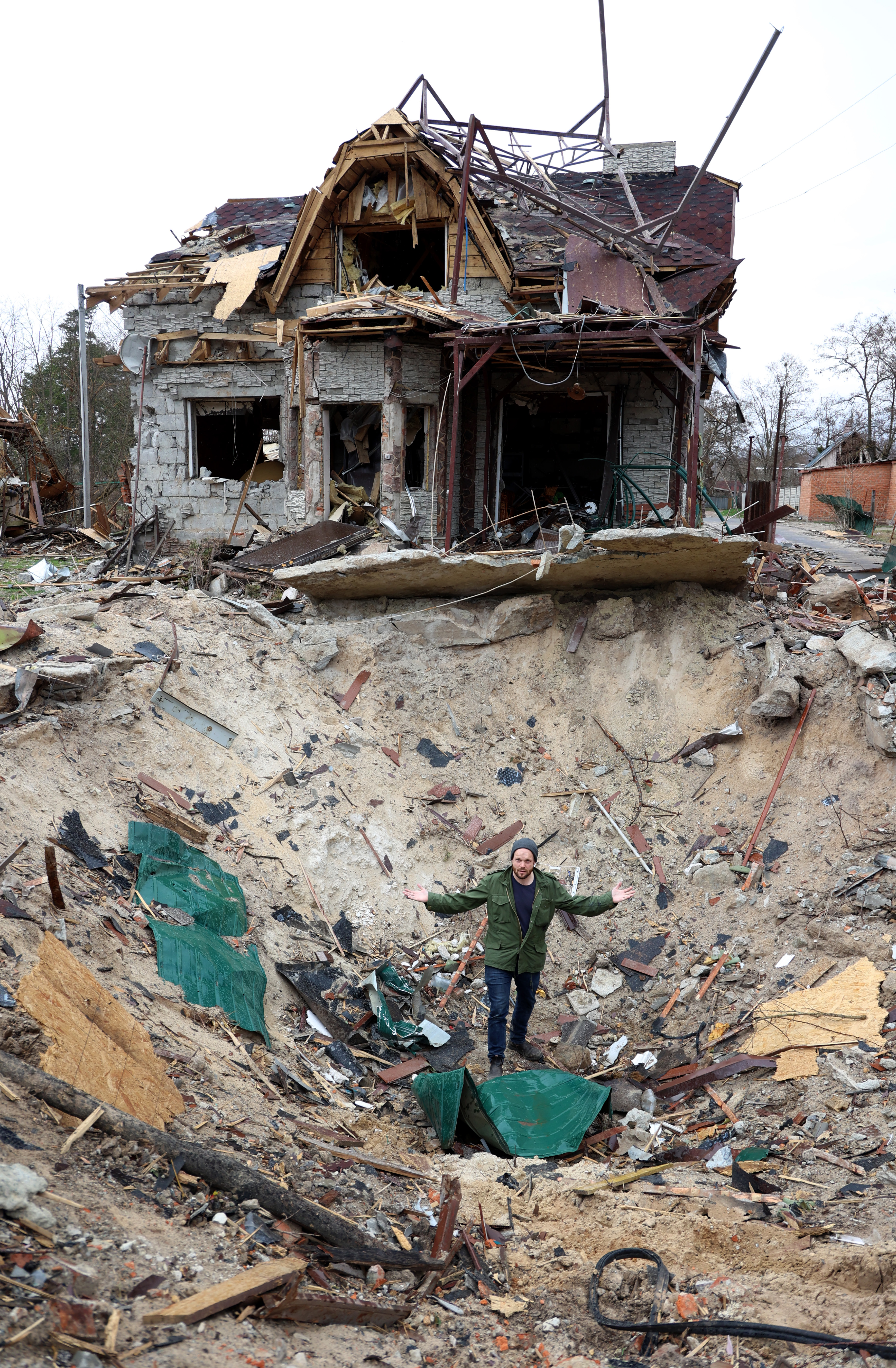 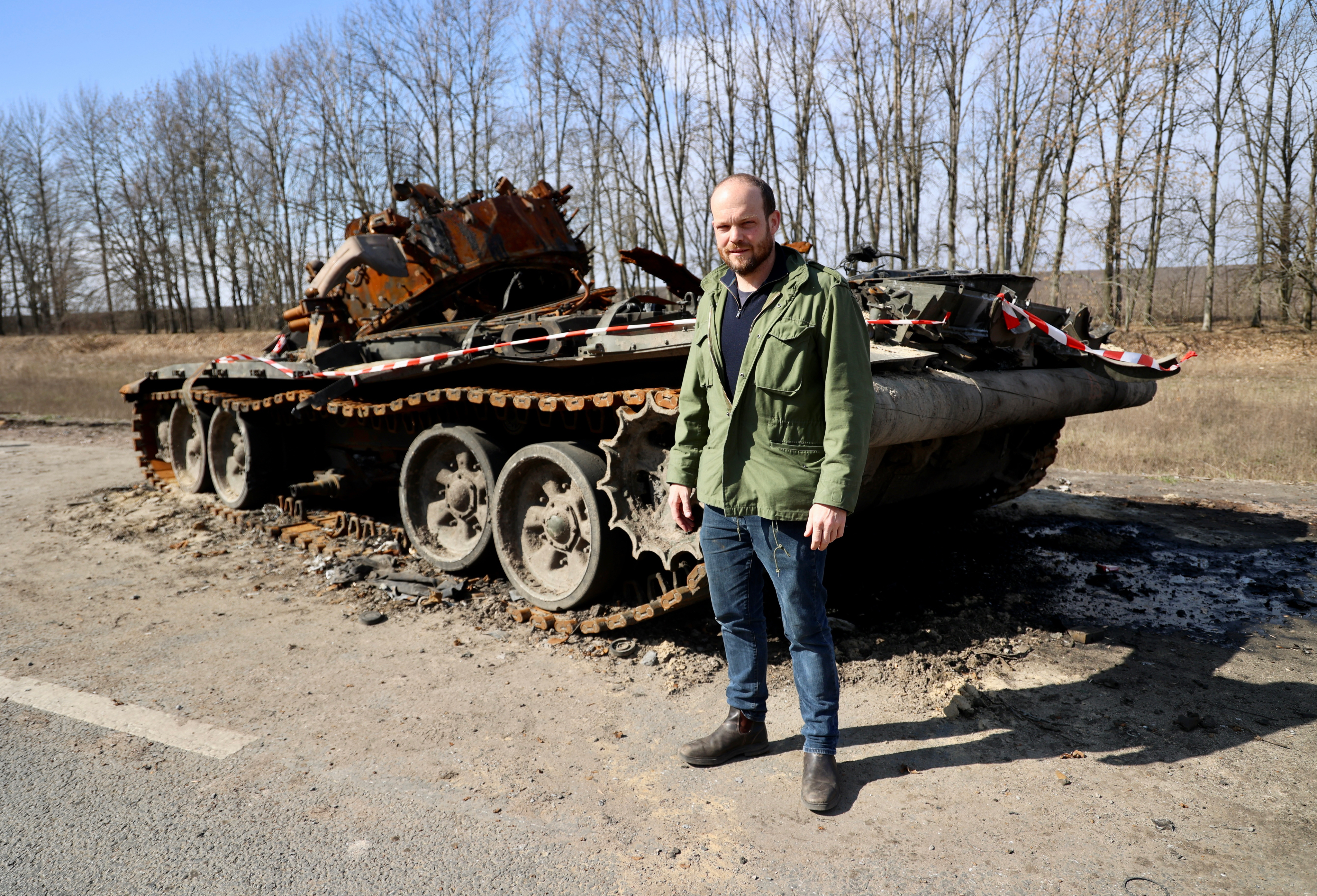 Hilaree Nelson: US mountaineer missing at mountain peak in Nepal

Hilaree Nelson (right) was skiing on Mount Manaslu when she went missing on Monday (Picture: Instagram / jimwmorrison)…
byBizLifetime
No comments

Natalie Marshall was killed when her car left the road and collided with a tree (Picture: North News…
byBizLifetime
No comments

A STUNTMAN has won a planning row over a tunnel for his underground man cave.  Colin Furze, 42,…
byBizLifetime
No comments