Vladimir Putin ‘had two sons in secret with Russian gymnast’

The Russian President has had two sons with a gymnast lover Alina Kabaeva, it has been claimed.

The first of Vladimir Putin’s children with the gold medallist 31 years his junior was allegedly born in secrecy in Switzerland and under high security in 2015 – a source linked to the obstetrician says.

The second son was delivered in Moscow in 2019 with the same specialist flying to Russia for the birth, Swiss newspaper Sonntagszeitung reported.

He has hidden the alleged secret family from voters – and was not present at either birth.

But the report appears to confirm long-term speculation about a Putin-Kabaeva family – though previous claims have suggested the second child was a twin.

It also indicates that Kabaeva is the secret Russian first lady – but she has still not been sanctioned, amid the war in Ukraine. 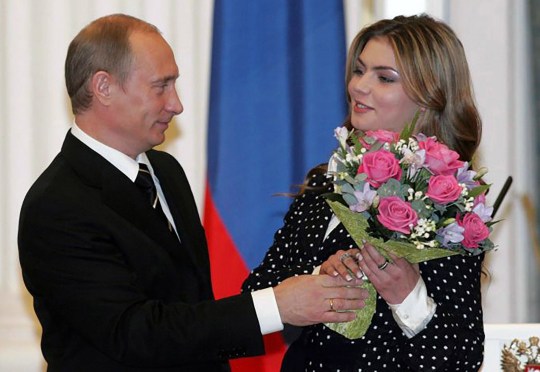 The pair are rumoured to have been in a relationship since 2007 (Picture: Kremlin.ru/e2w)

The source of the new report is said to be a personal friend of Kabaeva, who also knows the obstetrician – an unnamed Soviet-born medic acquainted with Putin for more than three decades and a long-time Swiss citizen who emigrated from Russia.

‘Alina had no other relationship. That would have been too dangerous for her”.’

The obstetrician ‘maintained a trusting relationship with Putin’, according to the report. 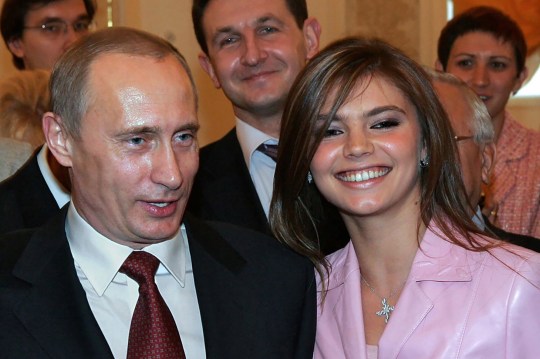 It was Putin’s decision for the second son to be born in Moscow, the newspaper reported.

Kabaeva is believed to have started her relationship with Putin in 2007.

She previously won gold at the 2000 Olympics, before being banned in 2001 for failing a doping test.

Recent rumours suggested that she and her young children were hiding at a reclusive Swiss chalet for the war.


However ten days ago – after going unseen for four months – she reappeared in Moscow.

Swiss government representatives say there is no indication Kabaeva has been in the country recently.

Kabaeva made her first appearance in public since the war started in Ukraine in Moscow last weekend and wore a wedding ring.

That followed rumours she had been hiding in Switzerland – or in a hi-tech Siberian nuclear bunker.

The country’s Cosmopolitan said ‘something has really changed in Kabaeva’s face’, adding that ‘the legendary athlete was noticeably prettier’.

But publications are careful not to link her to Putin.

Rumours first linked her romantically to Putin as long ago as 2008 when she was a pro-Kremlin MP.

Dr Maria Vorontsova, a year younger than Kabaeva, was born when the Russian president was a KGB spy in Germany, is an expert in rare genetic diseases in children.

She is a leading researcher at the National Medical Research Center for Endocrinology of the Ministry of Health of Russia.

Her divorced sister Katerina is deputy director of the Institute for Mathematical Research of Complex Systems at Moscow State University.

Both daughters have been sanctioned by the West, unlike Kabaeva, and Putin’s unacknowledged ‘love child’ Luiza Rozova, 19.

Luiza is the daughter of cleaner-turned-multi-millionaire Svetlana Krivonogikh, 45, now part-owner of a major Russian bank, one of the country’s wealthiest women with an estimated £74 million financial and property fortune.

Putin – who in 2013 announced his divorce from wife Lyudmila, a former Aeroflot stewardess – has previously said: ‘I have a private life in which I do not permit interference.

‘It must be respected.’

The news that Roe v Wade could be overturned has been named an ‘abomination’ (Picture: AP/Getty Images) Top…
byBizLifetime
No comments

My daughter, 1, sobbed in pain after being burnt by ‘UK’s most dangerous plant’… her hands were covered in HUGE blisters