We regret buying our homes as ‘horrendous’ roadworks leave us TRAPPED

FURIOUS residents said they regret buying their homes after “horrendous” roadworks ruined their lives and left them TRAPPED inside.

Locals say they’re living a “nightmare” as the multi-million-pound horror roadworks have left them plagued with noise and disruption – with “no end in sight.”

The road widening scheme is causing a nuisance to local residents in Radcliffe-on-Trent – as they’re now having to book slots to get out of their homesCredit: Damien McFadden 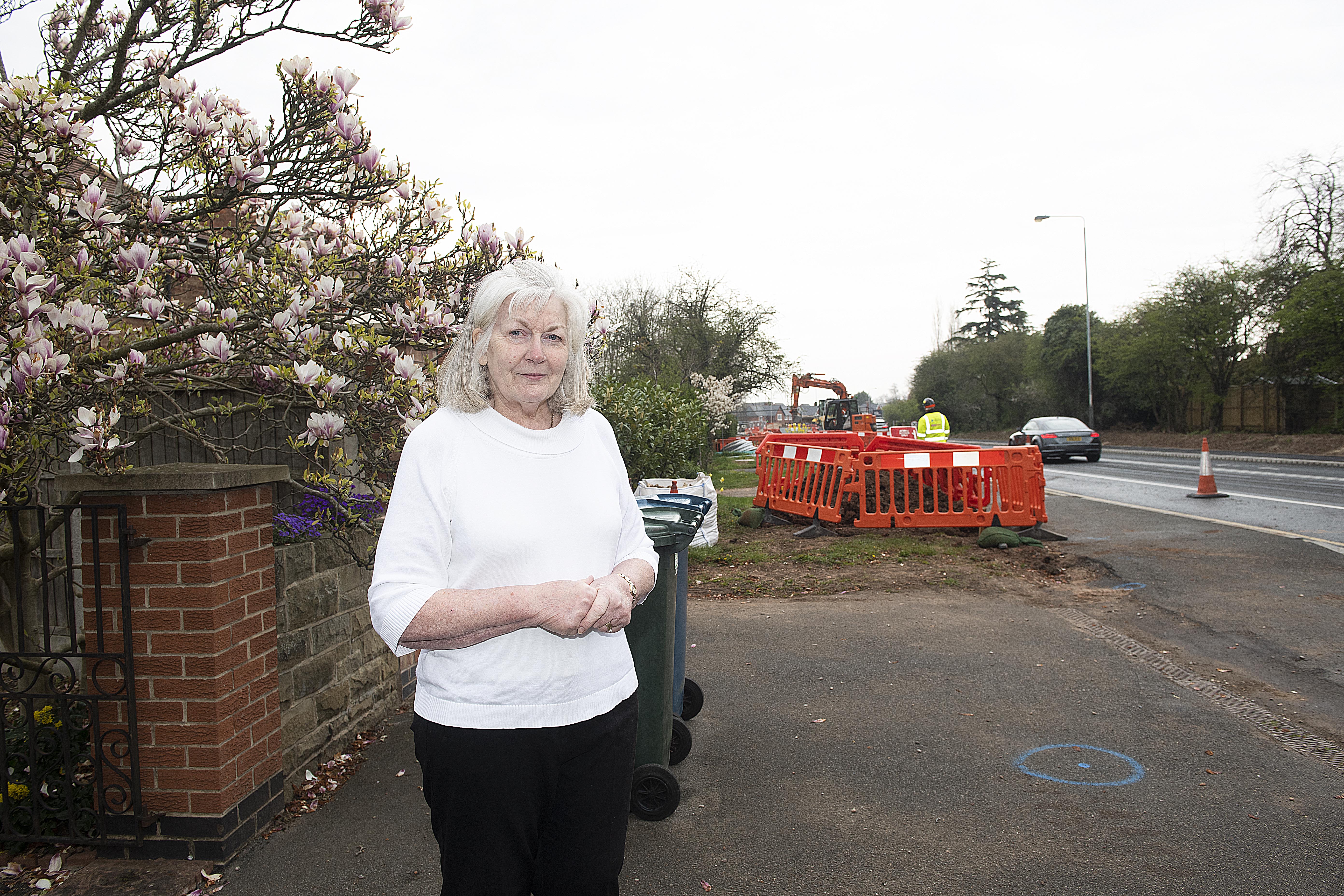 Fuming local Jill said the residents will be trapped when they start digging the pavements next weekCredit: Damien McFadden

One local Jill Fletcher, 71, said she and other neighbours will have to pre-book slots to leave their houses when the pavement outside their front drives is due to be dug up next week.

Workers will then cover the huge holes with “small bridge” style metal covers to allow residents to get out at set times.

Widow Jill, who lives on Grantham Road in Radcliffe-on-Trent, Nottinghamshire, said: “We’ve had roadworks right outside for six months in a road-widening project and they have dragged on and on.

“Next week the footpaths will be closed and the frontage to our row of homes dug up with them. 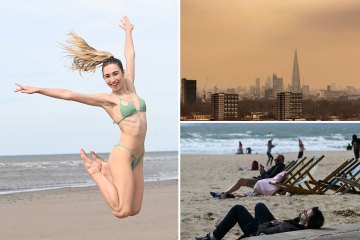 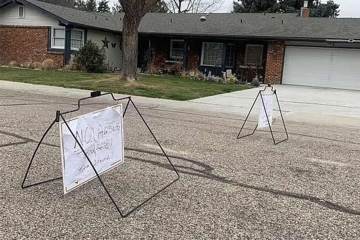 “It will be horrendous because we’ll not freely be able to leave our homes on foot. We’ll be trapped inside – a bit like a fourth lockdown but much worse because I was still able to go out for dog walks then.”

She told how locals had been offered “not one penny of compensation” for the disruption already caused over six months.

Residents are furious that they can’t turn right onto the main road and have to do a lengthy detour – along with the noise from workers, which sometimes goes into the night.

And now Jill and some fellow residents will have the headache of having to pre-plan when they want to leave their homes amid the grime and congestion.

Jill said: “We’ll basically be stuck in our homes all day until 5pm when the dug up footpaths will be covered.

“It will be a nightmare for me because my three dogs need walking and it is too difficult to get out in my car because of the traffic and disruption.”

Neighbour Stephanie Leech, 27, has started a petition against the roadworks – and says that people new to the road now regret buying their homes.

She said that she doesn’t see how the new layout will make the road any safer than before – as other neighbours said there seems to be “no end in sight.”

Stephaine, who bought her home three years ago, said: “A lot of people signed it but we’re fighting a losing battle against National Highways. It is very disappointing.”

“Work has just started right outside and I’m losing a meter at the front because of the road widening and new pavement.

“I’ll be trapped in my home because there will be no pedestrian access and my dug needs walking three times a day.

“People who have recently brought homes are complaining about all the work and some regret moving.

“They’re saying it could go on fit another three months.”

Despite the issues and admitting that the works aren’t “popular”, National Highways said they’re a “necessity” to make the road safer.

Local Wendy Davies, 55, fumed: “It was a lovely peaceful place before the workmen moved in and have just created a total nightmare.

“The diversion by car adds an extra 10 to 15 minutes and the shops in the village including the barbers and pie shop have been affected.

Wendy, who has lived in the area for 22 years, said locals couldn’t see how the project will improve road safety and traffic. 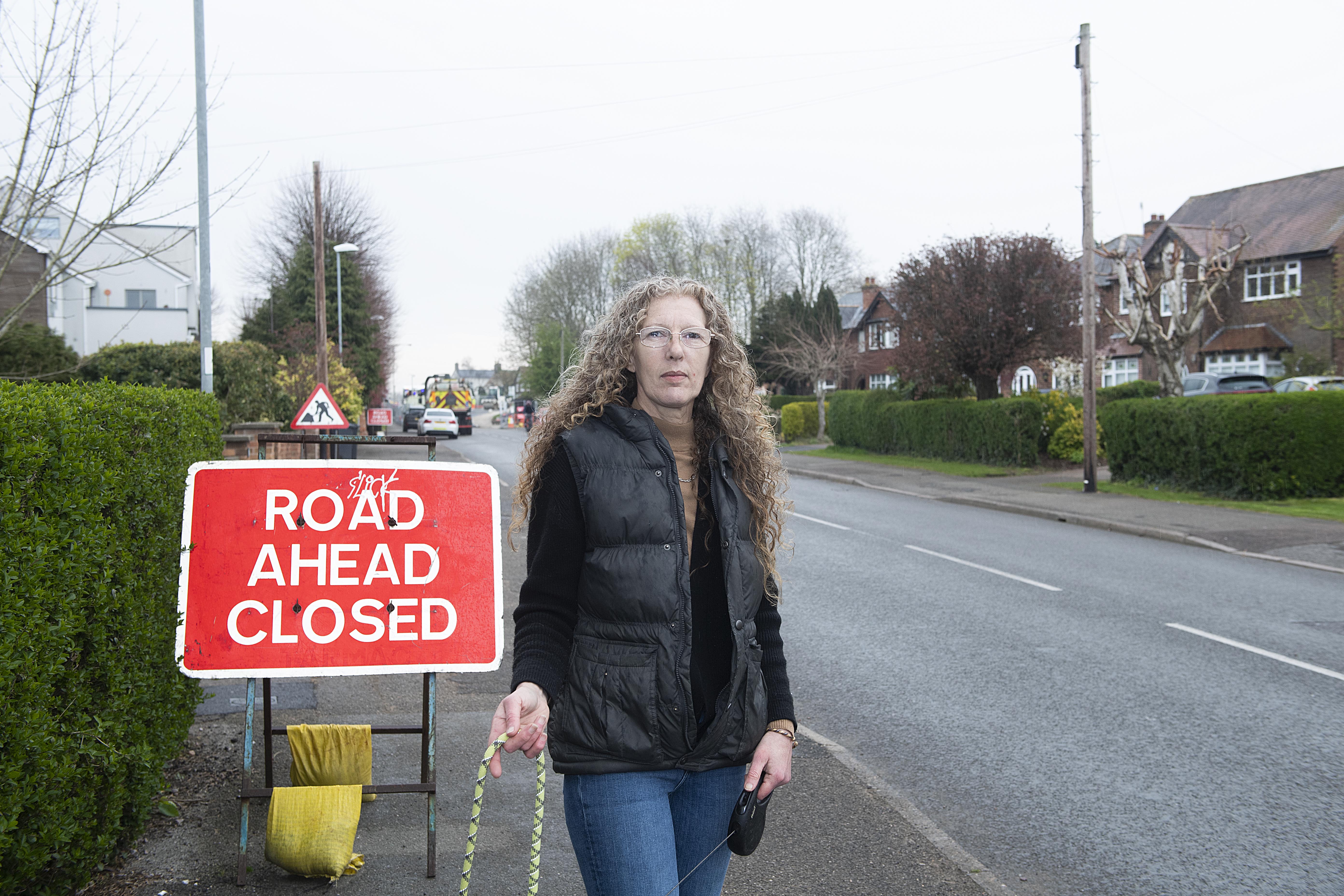 Local resident Wendy Davies said that the ordeal is a ‘nightmare’Credit: Damien McFadden 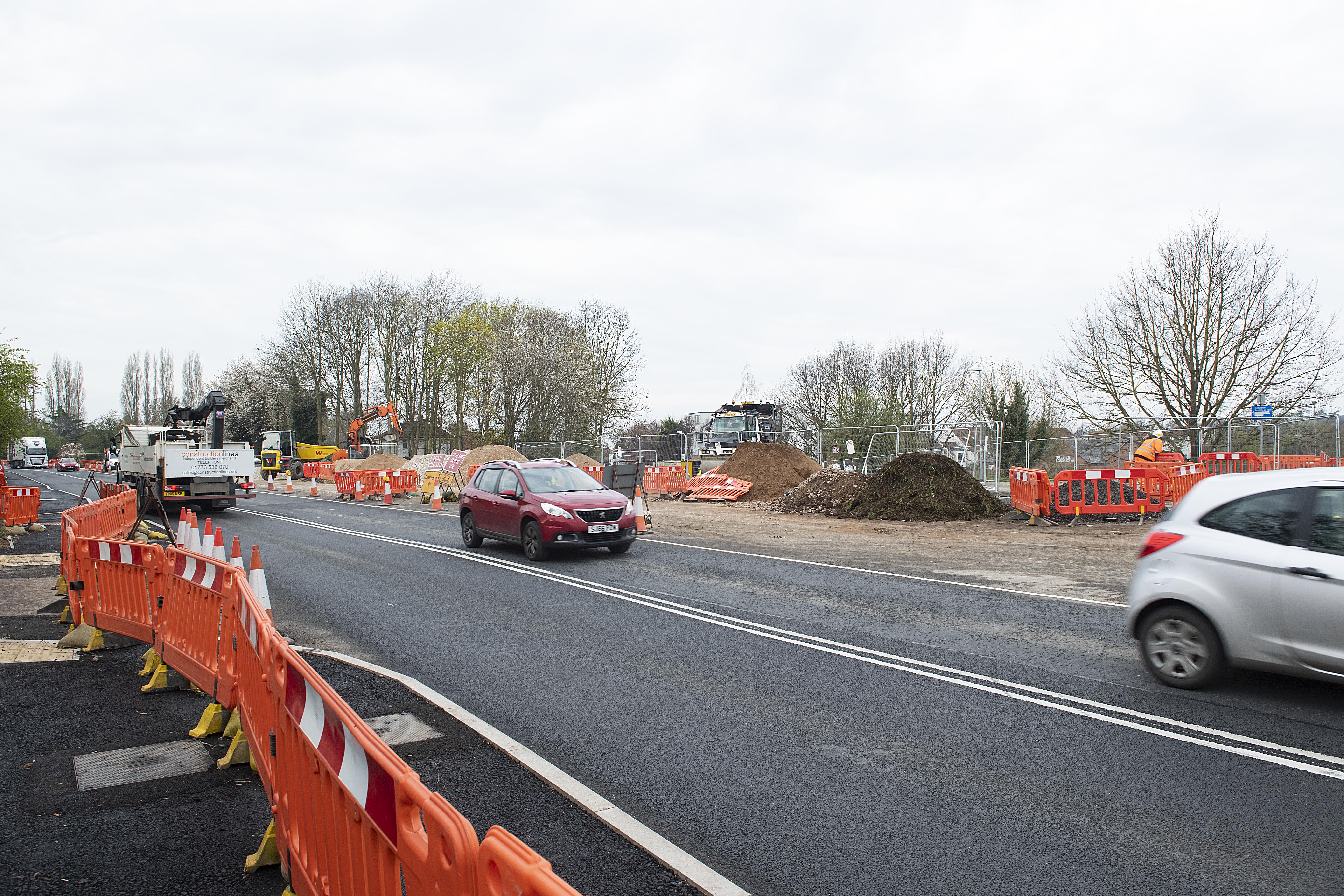 The roadworks on Grantham Road in Radcliffe-on-Trent, NottinghamshireCredit: Damien McFadden 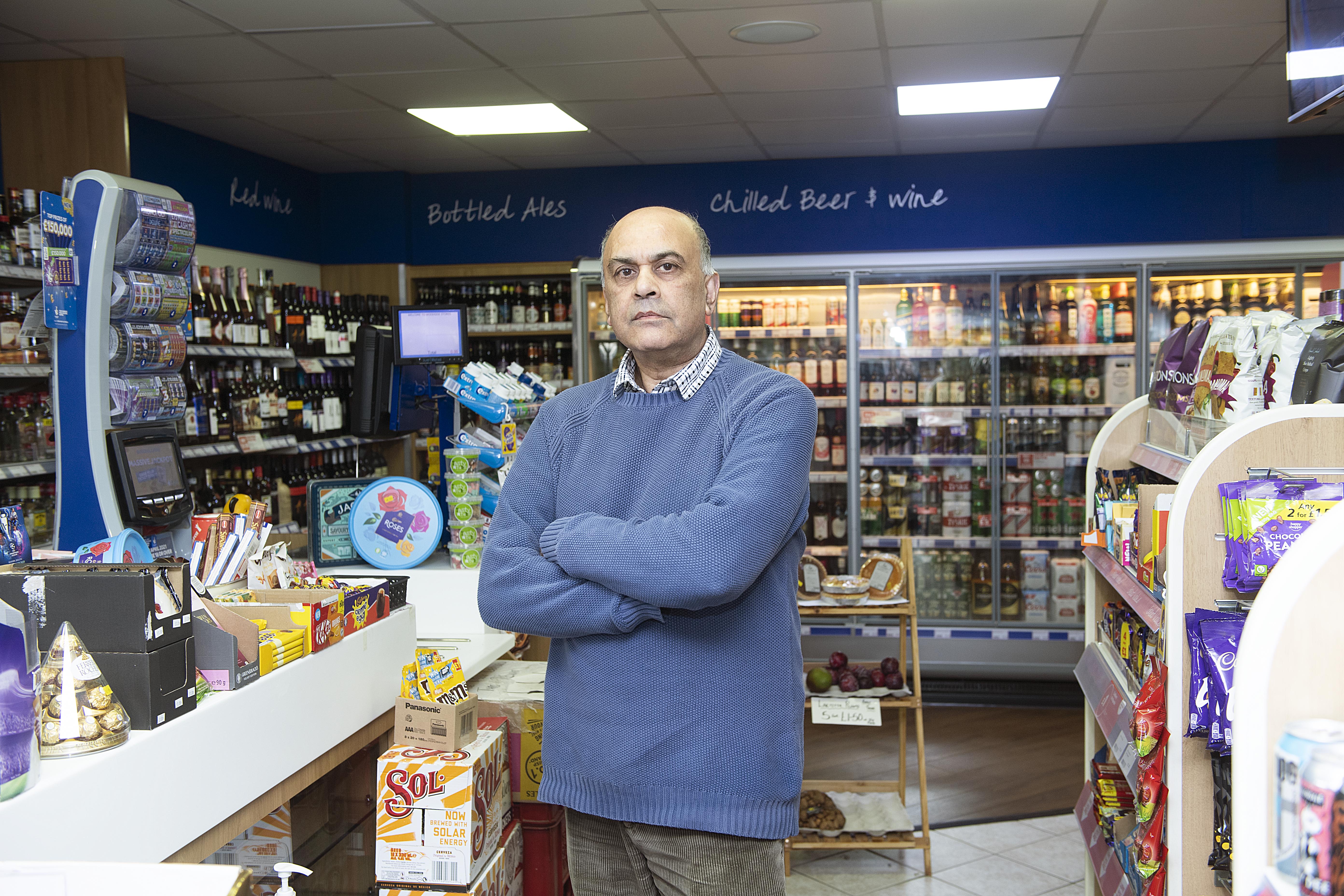 She said: “There have been some fatal accidents at the junction. It is very busy but the widening won’t stop people bombing along at 50-60 mph.”

Michael Tinn, 79, who has been a resident for 50 years, said: “Millions of pounds of public money has been spent and the whole thing is a waste of money.”

Gran Anne Reagan, whose bedroom faces the bust road, added: “The noise had been horrendous and the whole scheme has been a bloody nuisance.”

Meanwhile, a workman for contractor Alan Griffiths told how the company have been plagued with complaints by furious residents but vowed that the  improvement would “allow a better traffic flow.”

The man, who declined to be named, said: “We’re banging away as best as we can. It’s a challenging site.”

The worker, digging up the ground outside a row of houses to re-route utilities pipes and fibre optic services, admitted: “We have had loads of complaints because the work has taken so long.

“It started six months ago and was scheduled to be finished by now.

“The road is ridiculously busy with juggernauts and general traffic and it will cut congestion and will allow a better traffic flow.” 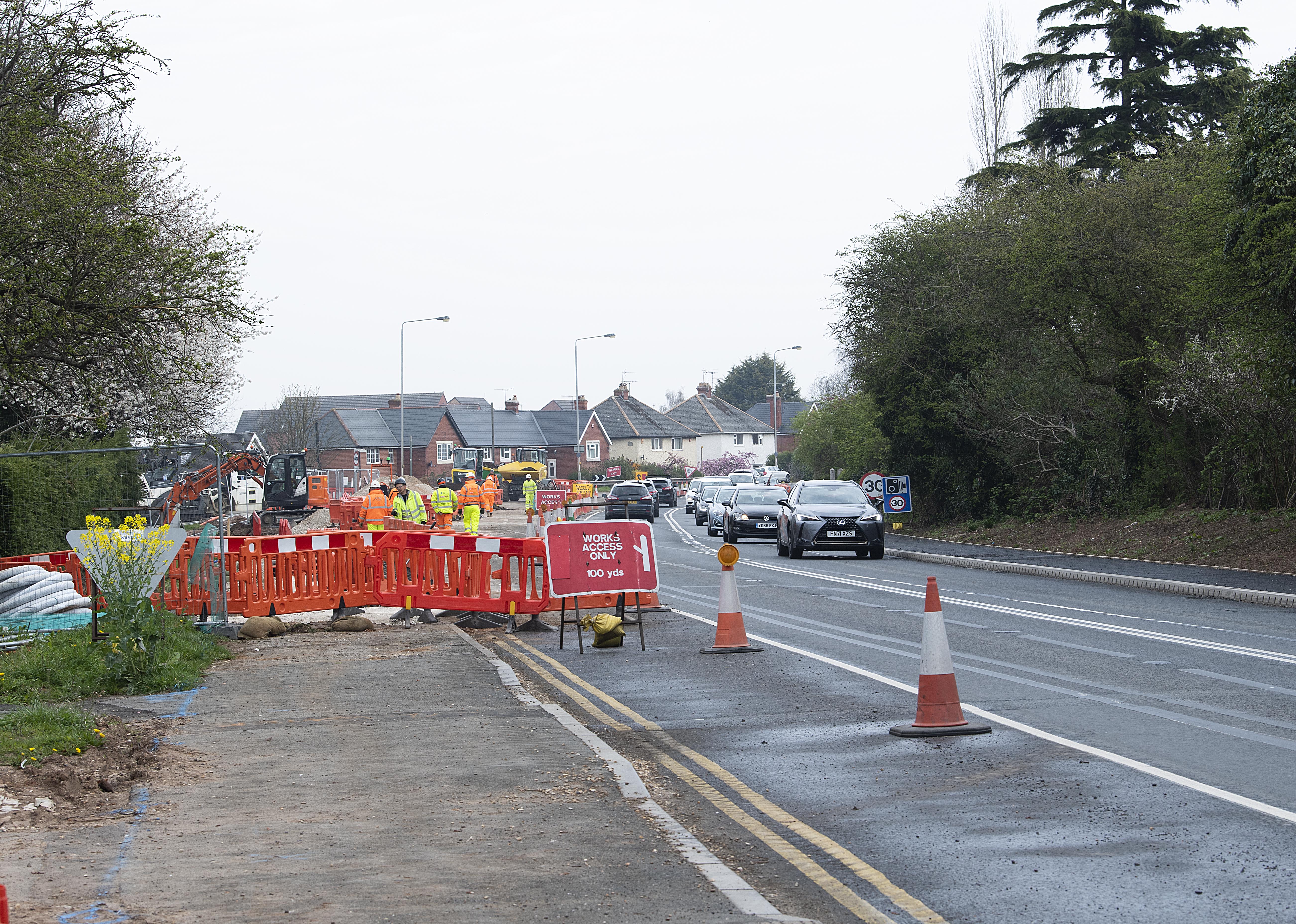 Contracted workmen said that they’ve received many complaints about the works – but they hope to be finished by AugustCredit: Damien McFadden 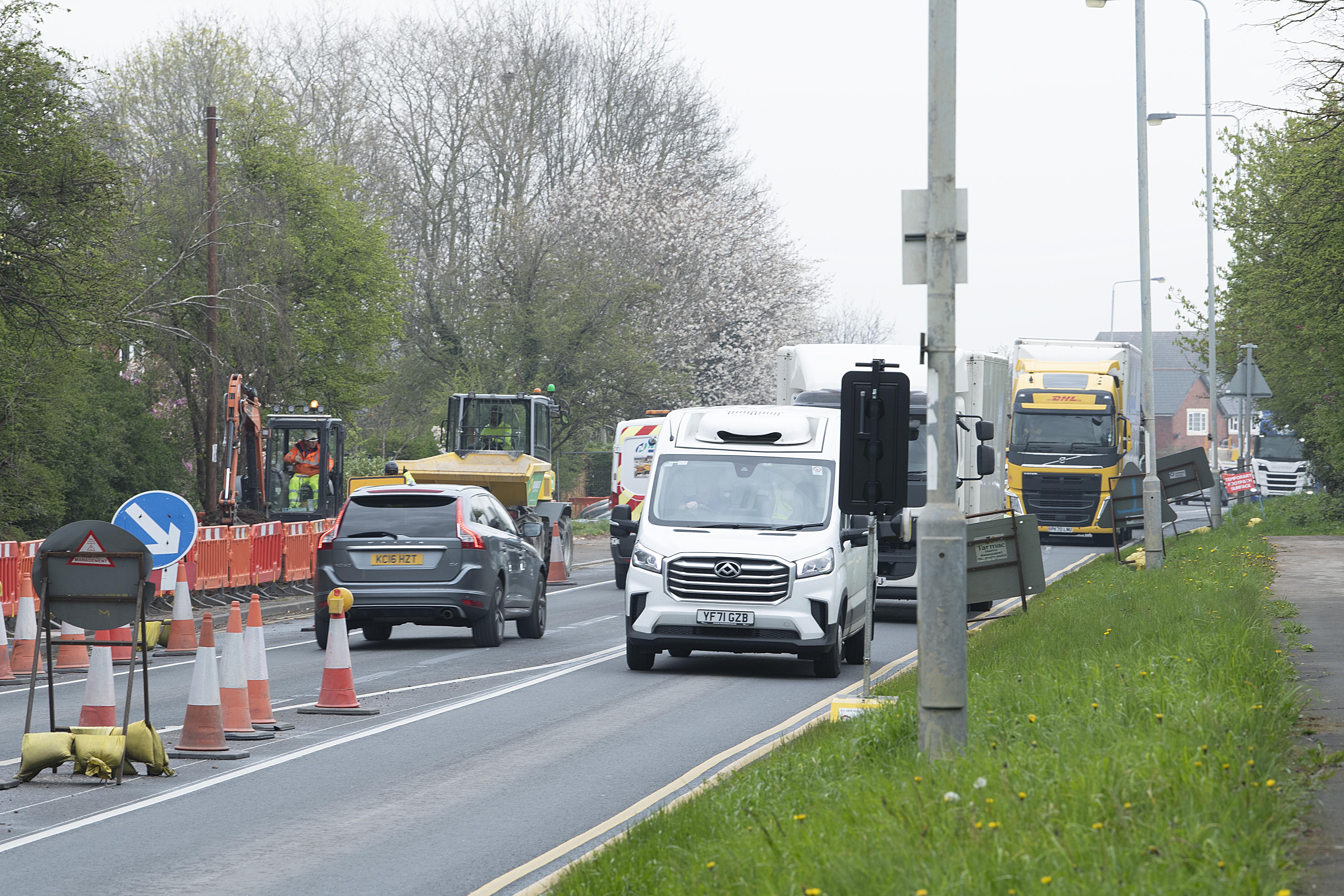 Locals claim they haven’t been offered any compensation for the disruption already causedCredit: Damien McFadden

But some of the residents on the road have welcomed the new road layout.

One person said: “It’s not a problem to me, it’s a blessing. I’m at work all day so abounds all the noise.

“It’s a really busy road and it will make it safer.

“The diversion doesn’t take much longer and the fact my road is closed means there’s no traffic coming up and down and no buses.”

National Highways senior project manager, Nick Medlicott said: “We understand the concerns of local residents and we are in regular contact with them to try and limit disruption caused by this vital upgrade of the A52.

“Safety is always our priority and we have made sure that resident access in and out of properties is maintained at all times and we have tried to limit disruption as much as possible.

“To make sure everybody is kept safe while we have heavy plant machinery on-site, we are safely escorting people in and out of the works area.

“We know that roadworks aren’t always popular but they are a necessity to carry out this significant upgrade programme on a very busy junction on the A52 in Nottingham which has become a bottleneck for congestion and causes delays for motorists.

“Once complete it will provide smoother journeys for drivers along the A52 and support economic growth in the area.

“As part of this upgrade work, we’re also improving crossing facilities for pedestrians and cyclists along with enhanced cycling and walking routes for local residents.”

The huge prize puts them among some of the richest people in the country (Picture: REX) A mystery…
byBizLifetime
No comments

Russian sniper ‘captured by Ukraine after she was left for dead’

Irina Starikova is believed to be a 41-year-old mum from Serbia (Pictures: Twitter/ArmedForcesUkr) A Russian sniper accused of…
byBizLifetime
No comments

The Queen beams at the camera in the newly released portrait (Picture: PA) An unseen portrait of the Queen smiling…
byBizLifetime
No comments