What time does Greggs breakfast finish and what is on the menu?

Can you think of a better way to start your day? (Picture: PA)

How do you like your Greggs in the morning?

Everyone knows a Greggs pasty or sausage roll never disappoints. Just ask this superfan who plans to eat a sausage roll in every Greggs location.

We might not all be at that level of devotion, but people do love a Greggs – from the vegan offerings that continue to provide inclusive pastry treats for all to classics like the humble sausage roll, we might even be predetermined to choose certain delicacies based on our star sign.

If you’re partial to a Greggs breakfast, you might want to make sure you never miss out because items on their early morning menu, like hash browns, aren’t available all day!

When does Greggs breakfast end and what items are on the breakfast menu?

What time does Greggs’ breakfast end?

You can get a Greggs breakfast up until 11am each day your nearest Greggs is open.

You can order some items, like a sausage roll, all day long – breakfast included! – but there are some items that you can only get up until 11am. 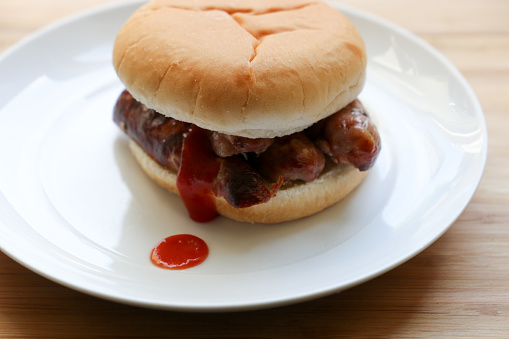 A sausage and omelette bap? A croissant? Greggs does more than pasties (Picture: Getty)

What’s on the Greggs breakfast menu?

The Greggs breakfast items include plenty of early morning staples.

Availability will vary by location, but generally, the breakfast menu includes:

HAVING cosmetic surgery is a huge leap of faith and can be a costly mistake, quite apart from…
byBizLifetime
No comments

Boris Johnson boards a plane at Stansted Airport for a visit to India today (Picture: Getty) The prime…
byBizLifetime
No comments