The teacher who hung the doll then got into an argument with a black coworker who took offense to the incident (Pictures: Getty; Google)

A white history teacher at the Chicago high school once attended by Michelle Obama was removed from the classroom after he hung a black doll by its neck from a cord in front of his classroom.

The teacher then got into an argument with a black colleague who was offended by the stunt.

The incident took place last Monday when a black history teacher saw the doll, a black football player, hanging by its neck at the front of the white teacher’s classroom, the Chicago Sun Times reported.

A heated confrontation between the two educators ensued. The fight was caught on video and quickly circulated around Whitney Young Magnet High School and the greater community. 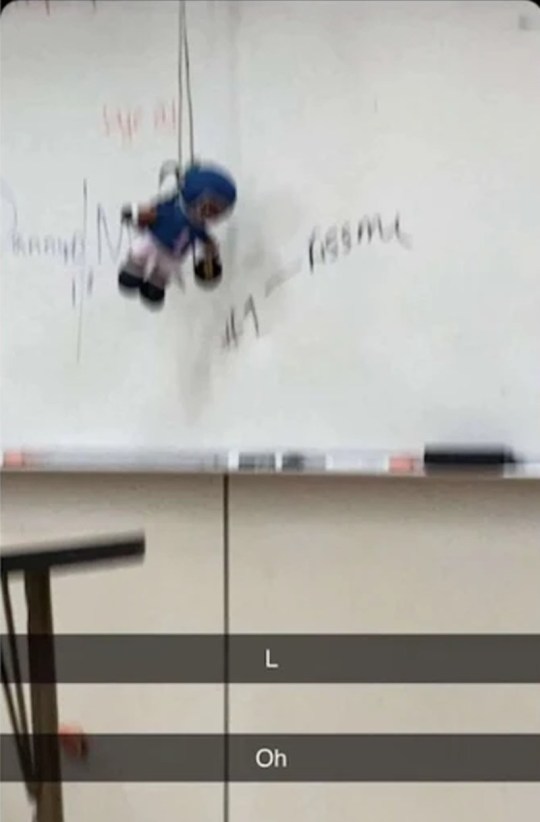 ‘Unfortunately there was an incident in which a teacher hung a small stuffed African American football doll by a pull down string from a projector screen in their classroom,’ the school’s principal Joyce Kenner said in an email to parents and students.

‘The teacher indicated he found the doll in his room and wanted the students to see if someone would claim it. A colleague approached the teacher about the doll and the conversation between the teachers became contentious.’

Both of the educators teach history courses. The white teacher had been at the school for years, while their black colleague had started more recently.

In the video, which was filmed by a student, neither of the teachers can be seen. 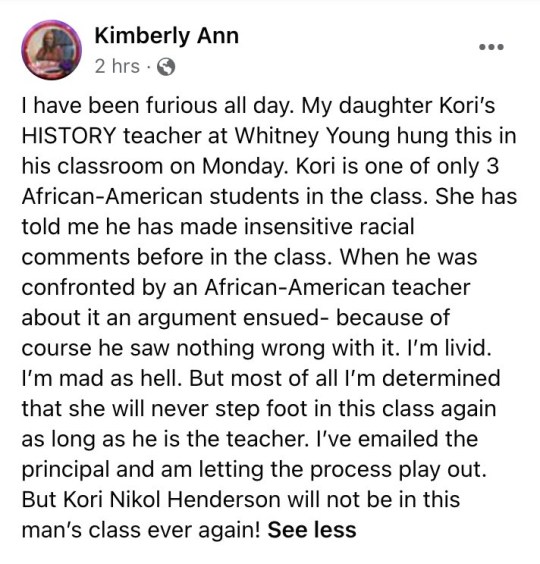 One of the teachers said, ‘Stupid.’ The other replies ‘You’re f—-n’ stupid,’ according to the Chicago Sun Times.

The other teacher says ‘Shut up! Shut up!’ Then directing their comments at students, he adds, ‘He’s wrong.’

‘You’re wrong!’ the other teacher yells back in response. ‘I’m not going to stand up in here with you … making me feel uncomfortable.’

In an email to the school community earlier in the afternoon, the principal said administrators and CPS’ Title IX office are working together ‘to not only investigate and respond, but to elevate student voice in the process.’ 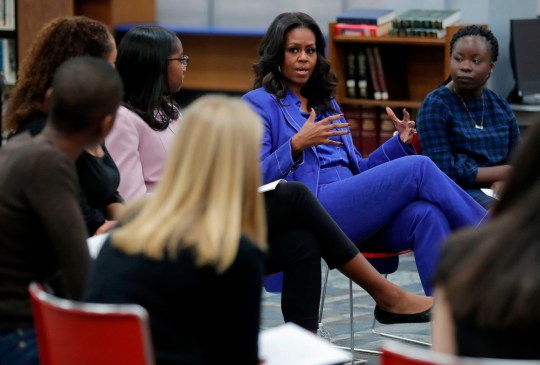 Students were later brought to the school theater for a listening session in which they could ask questions and express their concerns following the situation.

The Chicago Teachers Union, which represents both teachers, said in a series of tweets that the district ‘has a responsibility to provide a safe space for every member of our school communities, which is especially important in a district that serves a student population that is 90% black and brown children.’

‘We understand the investigation at Whitney Young is ongoing, but practices that mitigate the harm of racial biases must also be ongoing and consistent in our schools. And any definition of “safety” must include creating and reinforcing an environment of equity and inclusion for all students, staff and faculty of color.’ the union added.

The school, Whitney Young Magnet High School, was Chicago’s first public school for high achievers. The school ‘played a foundational role’ in the former first lady’s life, Obama had said during a 2019 visit to the school.

She had graduated from the school in 1981.

In 2019, the school built a $4.3 million Michelle Obama Athletic Complex with football, lacrosse and school fields, a running track, softball and baseball diamonds and batting cages.

Diane Skidmore, 72, says she is ‘absolutely furious’ with politicians for failing to come up with solutions to…
byBizLifetime
No comments

The four-year-old royal is not in attendance at today’s funeral (Picture: PA) William and Kate’s children are ‘sort…
byBizLifetime
No comments

Heartbroken brother slams ‘sad p***k’ dad who murdered his sister, 19, by running her over twice