Affordable Maidstone on the rise as the Kent town attracts Londoners


Maidstone’s popularity has shot up in the last year (Picture: Metro.co.uk)

Kent’s largest town is on a roll.

Late last year Public Health England revealed that residents of Detling, a rural village on the outskirts, enjoy Great Britain’s highest life expectancy, and according to Halifax, house prices rose by nearly 15% in 2021, the second biggest jump in the south-east after Braintree.

However, the area’s still affordable, particularly for buyers quitting London, and offers grammar schools, lots of green space, a decent commute from its two mainline stations and a fast run to the Channel Tunnel via the M20. 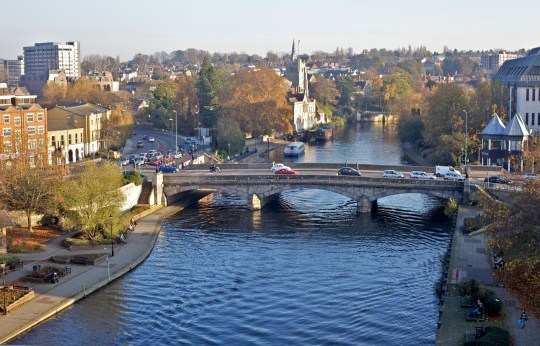 The River Medway is one of the town’s main attractions (Picture: Alamy Stock Photo)

There’s something for everyone, including Victorian conversions and terraces, Edwardian semis, substantial country houses and new executive homes.

What’s new in the area?

Weston Homes is revitalising derelict land at Springfield Park on the banks of the River Medway.

The 502 one, two and three-bed apartments include high-spec kitchens with integrated appliances, soap dispensers and instant boiling water taps, and vanity storage and demister mirrors in the bathrooms.

From £199,000, with Help to Buy and Weston’s First-time SecureBuy initiative, which lets buyers reserve off-plan for £500 then apply for a mortgage six months before completion. 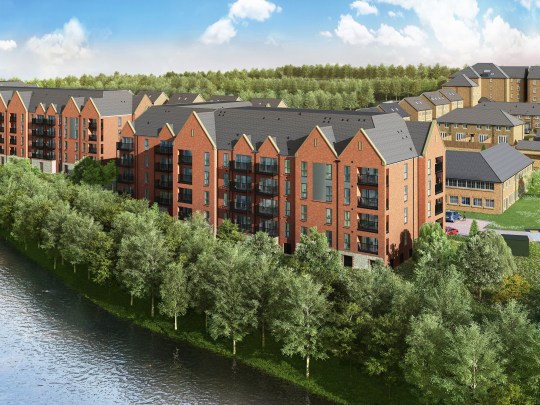 The Mill at Springfield offers modern apartments with a lovely view of the river (Picture: Redrow)

Redrow has just launched the first phase at The Mill at Springfield, consisting of 140 one and two-bed apartments adjacent to the river. Each has a good-sized, open-plan kitchen/living/dining room and allocated parking, and Help to Buys on offer, from £219,995.

15 two-bed apartments remain at Redrow’s Monchelsea Park, a new community on the south-east side of town. They start from £249,995 with Help to Buy. 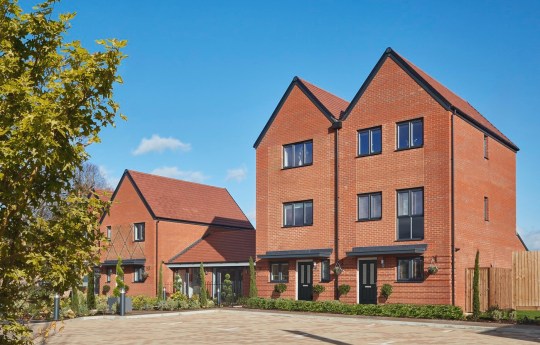 Countryside at Rosewood, is round the corner from Mote Park and comprises a mix of three and four-bed houses with state-of-the-art appliances, open-plan living spaces and generous gardens.

Spacious three, four and five-bedroom houses are for sale at Forstal Mead, a joint development by Optimo and Westerhill Homes in Coxheath, a village south-west of Maidstone, which hosts the World Custard Pie Championship in June.

If you love to bake, their kitchens are equipped with top-end AEG ovens and hobs. From £390,000.

Four-bedroom homes in the popular village of Bearstead (Picture: Dandara)

The Sycamores, by Dandara, is a range of three, four and five-bed houses on the edge of the sought-after village of Bearsted.

Designed to reflect the traditional local architecture, they have landscaped front and back gardens, off-street parking and fully-fitted eat-in kitchens. From £650,000 for a four-bed.

Whether you’re starting out, climbing the property ladder or downsizing, look out for Bellway’s Parsonage Place in Otham, a ten-minute drive from Maidstone town centre, which is due to launch next month.

Pricing for the one and two-bed apartments and two, three and four-bed houses hasn’t yet been confirmed.

Everything potential buyers need to know about Maidstone

Who lives there? First-time buyers and families with their eye on secondary school places

What can I afford on the property ladder? 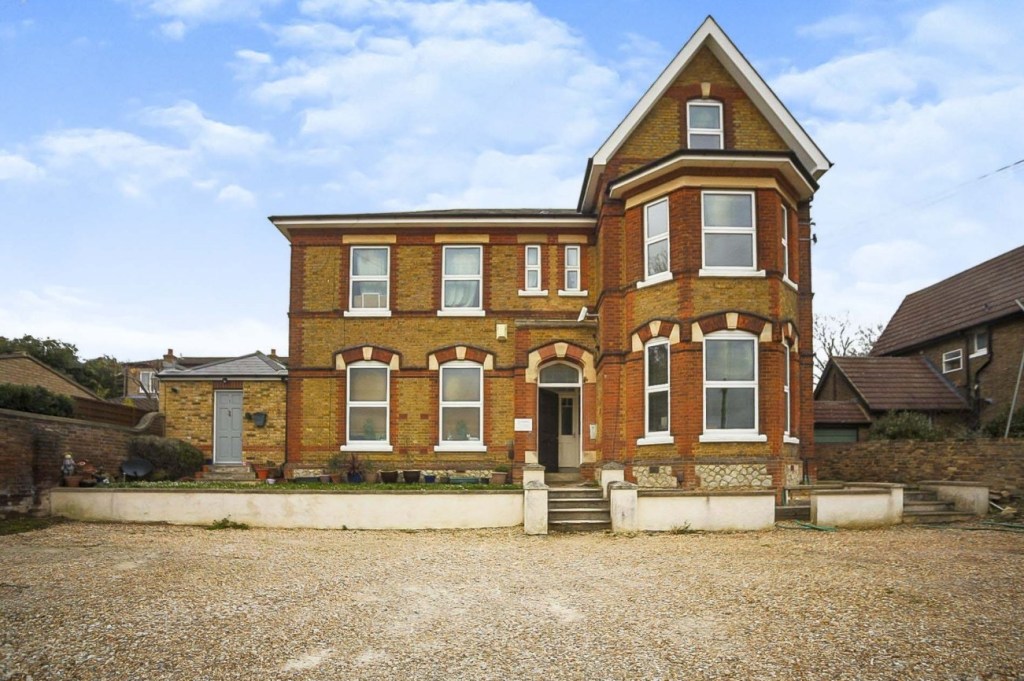 A recently converted second-floor flat with off-street parking. Comprises a double bedroom, an open-plan kitchen/living room and a shower room.

Check it out via Connells. 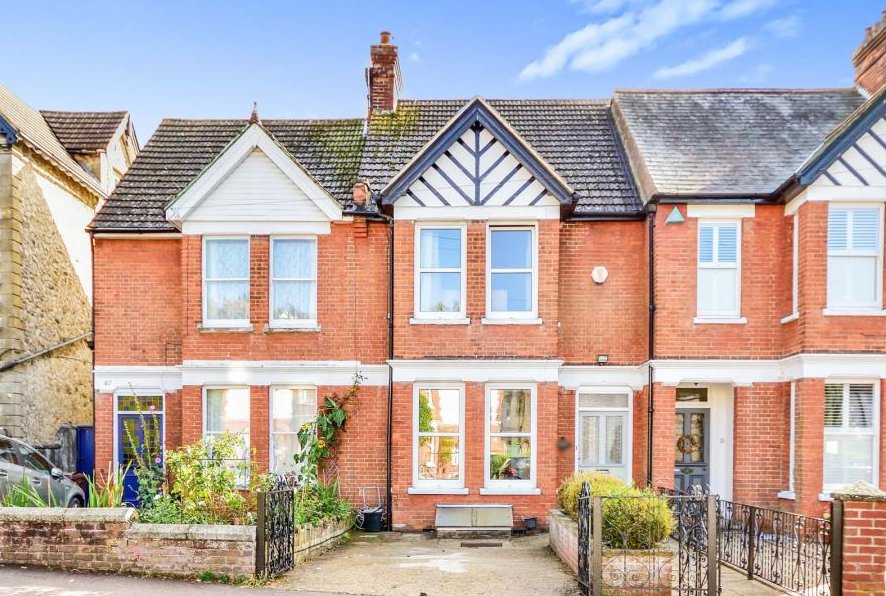 Step up: Large family home with original features and a good-sized garden

Check it out via Bairstow Eves. 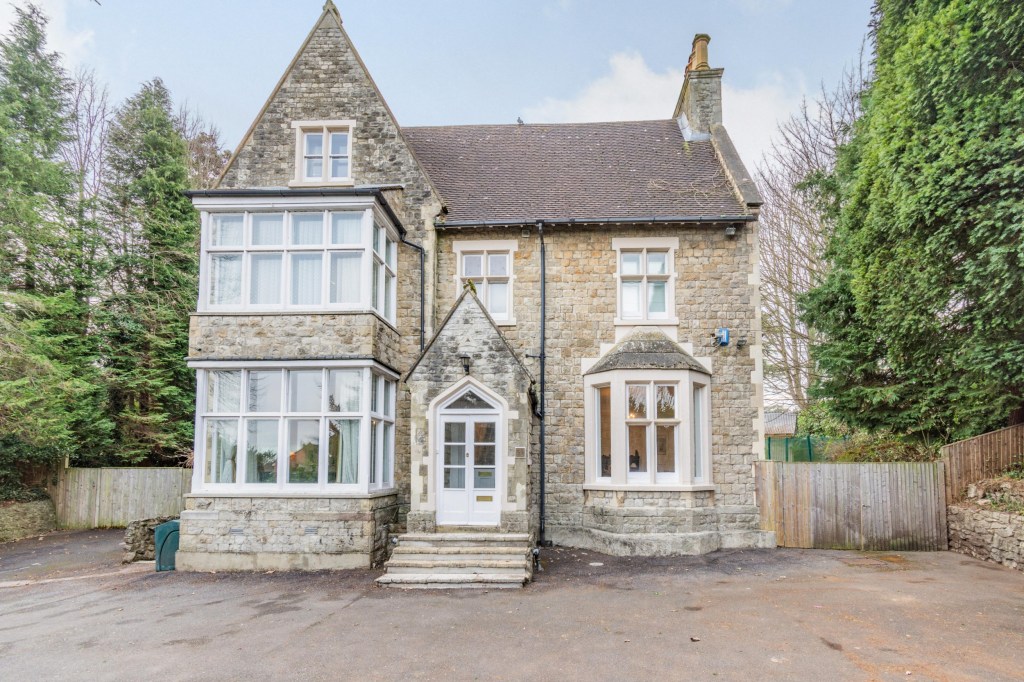 High ceilings, sash windows and a half-acre garden are among the highlights of this vast, Grade II-listed Victorian house that has been elegantly updated.

Check it out via Strutt and Parker.

A windmill with circular rooms is on the market for £799,999

It has idyllic views of the North Yorkshire countryside (Picture: Rightmove/Hopkinsons) The nursery rhyme goes that a mouse…
byBizLifetime
No comments

The space is unrecognisable from when the family purchased the home in 2019 (Picture: Lottie Fotheringham) When Lottie…
byBizLifetime
No comments

What I Rent: Marissa, $1,800 a month for an apartment in Melrose, Massachusetts

Meet Marissa and Zach (Picture: Bryce Vickmark/Metro.co.uk) It’s time once again for What I Rent, our weekly series…
byBizLifetime
No comments

London home could be yours for just £790-a-month

A LONDON home could be yours for just £790-a-month including all bills – but there’s a catch. The…
byBizLifetime
No comments