When Laura and Graham Hall bought their ex council house in Liverpool, the three-bedroom property was more than a little drab.

But the couple saw the potential – and quickly set themselves the challenge of saving up cash to do a proper renovation.

Five years later, they’d managed to gather the funds; then set about the DIY work.

Now, all that hard graft has paid off.

Not only do the duo now have the colourful home of their dreams, but they’ve also managed to double the value of the property. 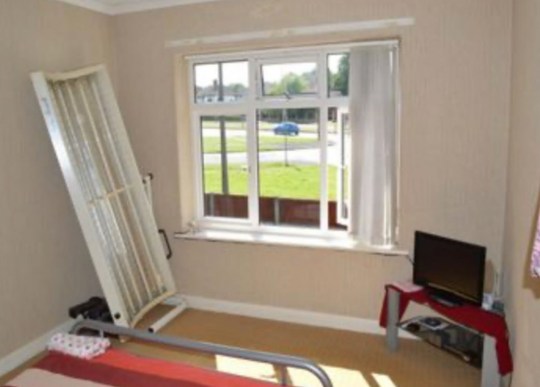 The ex council home when the couple moved in (Picture: Laura Hall/Caters News)

When they were ready, the pair kicked off the renovation with Laura, a finance operations manager, painting the walls of the living room blue and yellow, then adding a vintage yellow toilet and bright, patterned wallpaper in the bathroom.

Mum-of-two Laura explained: ‘It needed completely renovating when we moved in as the walls were covered in old, textured wallpaper and there was a lot of nicotine stains so we immediately ripped out the carpets and blinds to get the smell out and made it liveable. 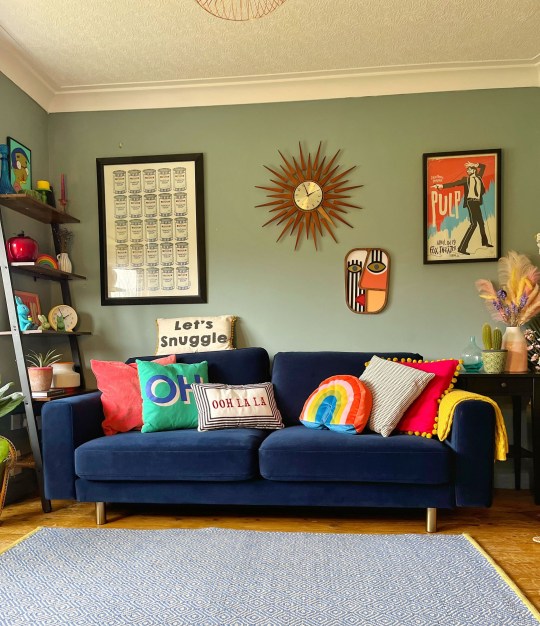 ‘”I love colour but I like putting it together in a way that’s tasteful.

‘Downstairs, we have a family room that is blue and yellow and a second living room which is known to the kids as “mummy’s room”, which has a Victorian parlour theme with dark walls and a green sofa.’

To keep costs low, the couple bought the majority of their furniture secondhand, and did the renovation work themselves. 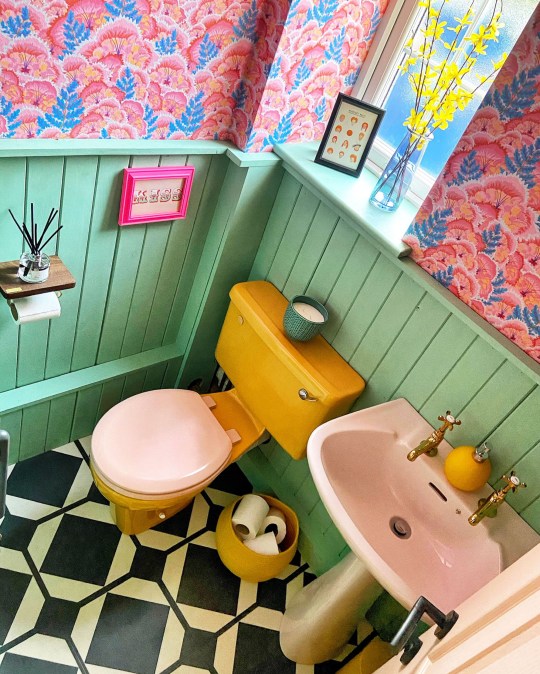 So far, they’ve spent £60,000 on the renovations – which they were able to afford after releasing £60k of equity from their home after finding out it had significantly increased in value following their mortgage deal.

More plans are to come – the family want to rejig the upstairs next for their two children Rory, three, and Ben, five, to enjoy.

Laura is now sharing her interiors to inspire others to give colourful home transformations a go.

‘I found my dining table on eBay and my green sofa on Facebook marketplace so it’s definitely worth having a look and you end up with a more interesting home with stories behind the furniture,’ she said. 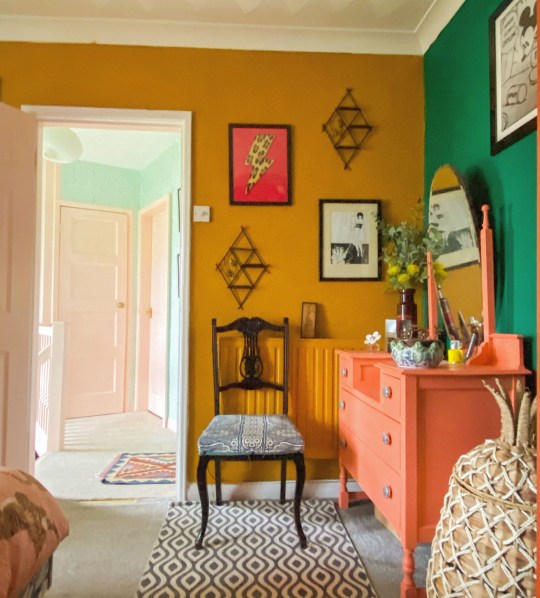 ‘There’s lots of ways to inject colour into the house.

‘Even if you use colourful accessories, it’s a good way to work out what colours you like.

‘It’s instinctive so you can do basic research on how colours affect your mood.

‘Small spaces are a great space to go crazy with colours.

‘I have a pink sink I found in a tip and a yellow vintage toilet I found on Facebook marketplace.

‘You can be quirky.

‘Woodwork is a good place to put colour as you can have neutral walls or a colourful skirting.’

Lisa and Neil Fletcher love the vintage lifestyle (Picture: James Dadzitis / SWNS) For most history lovers the…
byBizLifetime
No comments

Parking spot in village in Cornwall goes on sale for £80,000

Keen to own a property on the Cornish coast? Here’s your chance (Picture: BNPS / Getty) Okay, so…
byBizLifetime
No comments

In need of a dehumidifier? These are the best ones to buy on Amazon

Some pockets are remaining the same (Picture: Getty Images/iStockphoto) The average cost of renting a flat in the…
byBizLifetime
No comments