They bought a home under the hammer and are now making their properties pay… (Picture: Daniel Lynch)

There is an old adage that the smart buyer always opts for the worst house on the best street. On that basis Samir Patel is very smart indeed.

He took on a derelict house so badly obscured by overgrown plants that the neighbours had nicknamed it the treehouse – and he had no idea what it actually looked like.

When the undergrowth was slashed back he then discovered, to his complete alarm, an ugly, cramped, 1950s home in a street full of elegant Victorian houses.
But Samir held his nerve.

After 18 months of hard work, and at a cost of £200,000, the ramshackle treehouse was enlarged and completely transformed into a smart four bedroom townhouse worth £1million-plus.

The story is proof that buyers with nerve can find some great deals by buying a property at auction – if they are willing to take a chance on renovating them.
London’s spring auction season is now underway and will see millions of pounds change hands in salerooms across the capital.

For Samir, 39, auction catalogues were the obvious place to hunt for a project house to do up with his brother as an investment.

Despite having no property background – his day job is as a project manager specialising in IT – Samir was intrigued when he spotted the treehouse in a Savills auction catalogue.

The location, in a Blackheath conservation area, was lovely, and the house had a 50ft back garden and three bedrooms. But there were downsides beyond the rampant foliage obscuring its façade. 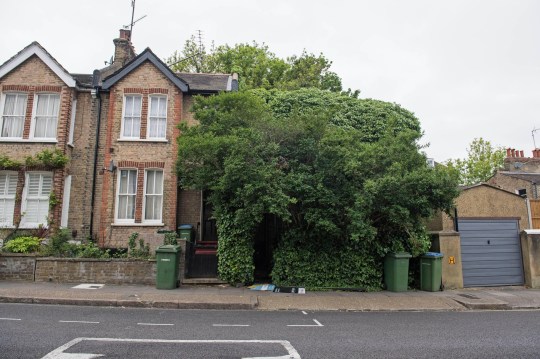 When Samir found this property ‘it was a proper dump’ (Picture: Alamy Stock Photo)

‘It was a proper dump,’ said Samir, who lives with his wife and family in Shirley, Croydon. ‘It was also full of old junk, and in a real state.

‘But I could see that all the surrounding houses were really nice. I had a builder to work with and we went to see it twice, so I wasn’t frightened of taking it on.’

Samir worked out how much he would be willing to pay for the house by assessing how much it would be worth once renovated and deducting the builders’ estimate for the cost of the works.

By September 2017 the undergrowth had been chopped back, revealing a miserable two-storey house with boarded up windows and rotted window frames.

‘I was shocked to see the level of the house,’ said Samir. ‘We knew it was not going to look like the house next door, but it was just a small square with a
flat roof.’

But there was no going back, and Samir hired architects Archimedes Design to draw up plans to renovate and extend the house, adding a pitched roof extension, and a two-storey rear extension.

By 2020 some £200,000 had been spent and the house had been completely transformed into a four- bedroom family house which Samir and his brother now rent out.

‘The final outcome looked stunning,’ he said. ‘It was a risk for us, it could have turned into a financial loss, but luckily it didn’t.’ 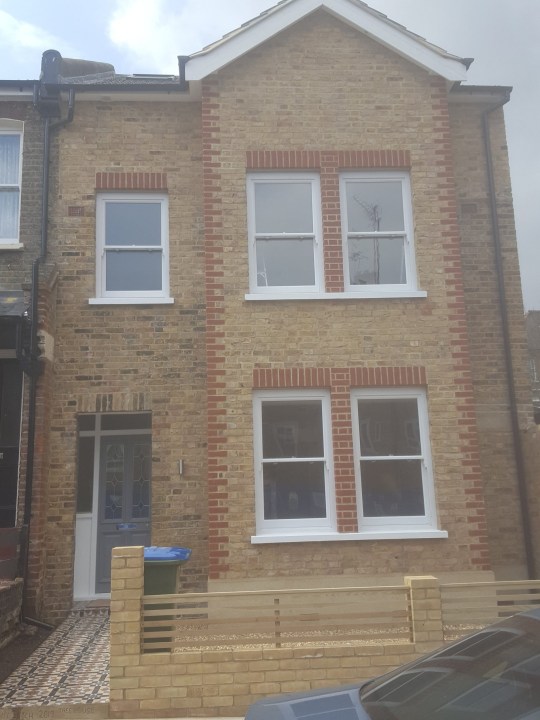 Other buyers use auctions to source good value renovation projects to help them get onto – or up – the property ladder.

Ben Ridley was an anxious first-time buyer when he bid £290,000 for a compact one-bedroom flat in Islington. ‘I had seen a couple of places through normal agents, which ended up falling through,’ he said.

‘When I saw the flat coming up at auction I thought: “Oh well, at least it will be quick.”’

With only a couple of weeks before the sale Ben, 37, didn’t have time to have a survey on the flat, which made buying the flat a leap in the dark, but he does have one major advantage.

How to buy a home at auction

Buying a property at auction can be an excellent way to find a home with potential, but you will need nerves of steel plus plenty of research if you want it to pay off.

‘The main advice I would give to someone looking to buy a property at auction is to know your skills and what levels of work you are willing to undertake and pick your property appropriately,’ said Ian Kitson, director of Cheffins Auctioneers.

‘If you are a bit of a novice, go for something cosmetic, but if you are experienced or have a particularly good team around you take on something much larger.’

In his experience homes which only need a simple freshen up tend to generate the most interest from bidders, and therefore the highest prices.
If you are eyeing an auction property, then you need to do plenty of homework first – and make sure you have your experts on speed dial.

‘The issue here is time frame,’ said buying agent Plum Fenton, London specialist at Haringtons. ‘The catalogue is usually published two to four weeks in advance of auction day, therefore the time to survey the property, arrange finance or bridging loan, plus examine the legal pack, is slim.’

Like Samir you should estimate how much the renovation will cost and how much the property will end up being worth when deciding on your bidding budget.

‘Going into the auction knowing exactly how much you are prepared to pay for a property is essential,’ said Robin Howeson, head of Savills auctions.

Some auction bidders are cash buyers, but if you are not in this situation you can either get a mortgage or a short-term bridging loan to pay for the property.

Raphael Benggio, of MT Finance Home Loans, specialises in bridging loans. He said they have the advantage of speed – it takes around three weeks to fully process an application.

‘A typical term is 12 months, giving the buyer time to do any work required on the property to increase the value and get a better mortgage, or simply to allow time to arrange a standard mortgage,’ he said.

However you fund your purchase you will need to act fast. Winning bidders must put down a 10% deposit immediately, and must then pay the remainder on completion, which is usually 28 days later. If you can’t come up with the cash, you will forfeit your deposit.

Ben is an architect, and director of Architecture For London, which meant he could immediately visualise how to update the tired flat.

‘The big problem was that it had a separate kitchen, and then a kind of bedsit combined living room and bedroom. I decided to move it around and create a proper bedroom and an open-plan kitchen living room.’ 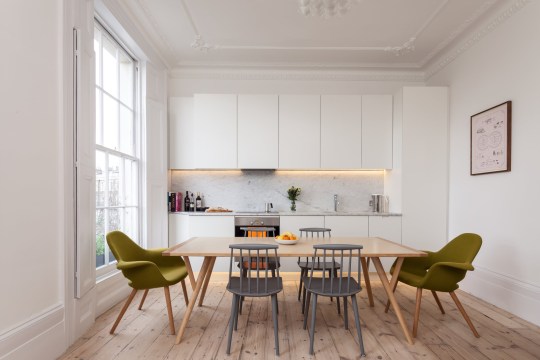 He had its 1980s décor ripped out and installed an elegant white kitchen, a modern bathroom with freestanding bath and grey slate tiles, and had the beautiful original cornicing restored. The original floorboards were sanded down and stained.

‘When I bought it I was worried I had overpaid, but looking back I think it was a bit of a bargain,’ he said.

‘My advice to others would be to really do your research to make sure you are getting a good deal, ignore guide prices since they always seem to be much lower than the final sale price, and use a mortgage adviser to get your finances sorted out quickly.’

Property is Alex Woodleigh-Smith’s business and when he and his wife Hortense were looking for a house for their growing family, they decided to buy a doer-upper. 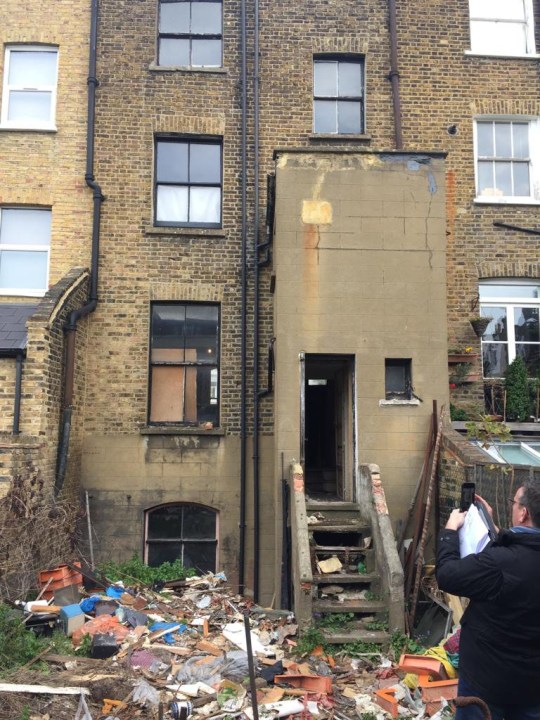 The couple – who have three children, aged three, four and eight – sold their flat in Fulham in 2017 and moved into a rented flat they could use as a base. Then they began scouring online portals and auction catalogues in search of the perfect project.

In November 2017 they bid £1.16m for an ‘uninhabitable’ but roomy house in Clapham Old Town. ‘It was appalling,’ said buying agent Alex, who is managing director of AWS Prime.

‘We are talking blood-stained mattresses, a random organ in one of the bedrooms, smashed windows – it was a spooky house, probably the worst I’ve seen in 20 years,’ he said.

Nonetheless with five bedrooms and at 2,100sq ft Alex was confident that, once renovated, the house would be worth around £2m. He and Hortense used savings to put down a deposit, a bridging loan to buy the house, and more savings to pay for the £350,000 renovation.

It took around three and a half months to fix the house up to a state where the family could move in, and several more months for finishing touches like joinery and garden landscaping to be completed.

Today, Alex estimates it is worth around £2.1m. His advice to others considering following in their footsteps is to go for it and ‘be brave’. 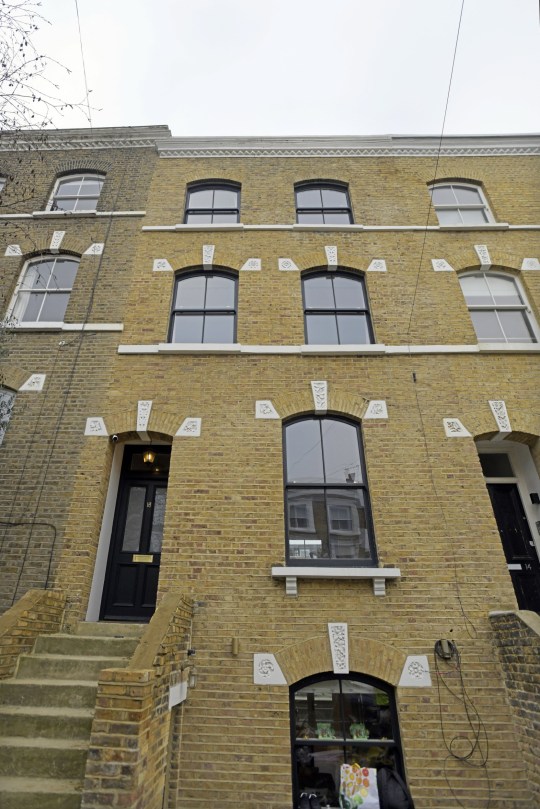 Alex is now positive about the possibility of improving homes bought from auction (Picture: Daniel Lynch)

‘There are very few defects that can’t be fixed,’ he said. ‘You should not be afraid of a really derelict-looking house.

‘As long as there aren’t severe structural defects like subsidence it costs the same to put right as a tatty, dated one. You just need to be really sure of your numbers – how much it is going to cost you to do the work, and how much it will be worth when you are done.’

Two-storey town centre property on sale for £175,000 – but it comes with a catch

A TOWN centre property could be yours for £185,000 – but it comes with a surprising catch. The…
byBizLifetime
No comments

Carbon negative houses: Inside the homes that could save the world

These homes use less energy to run than they generate (Picture: gs8) Saving the world was never part…
byBizLifetime
No comments

I pay £1k-a-MONTH to live in filthy London flat

A STUDENT has revealed the horrors of the filthy flat she forks out an eye-watering £1,000 a month…
byBizLifetime
No comments