A TEACHER has been sleeping on the sofa to stay warm in her £250,000 dream home because the Taylor Wimpey new build has no insulation.

Stacey Anne, 38, wears long pyjamas and covers herself and dog Chocco with two duvets because her bedroom gets too cold to sleep in.

Stacey Anne has been sleeping on the sofa because her bedroom is too coldCredit: News Group Newspapers Ltd 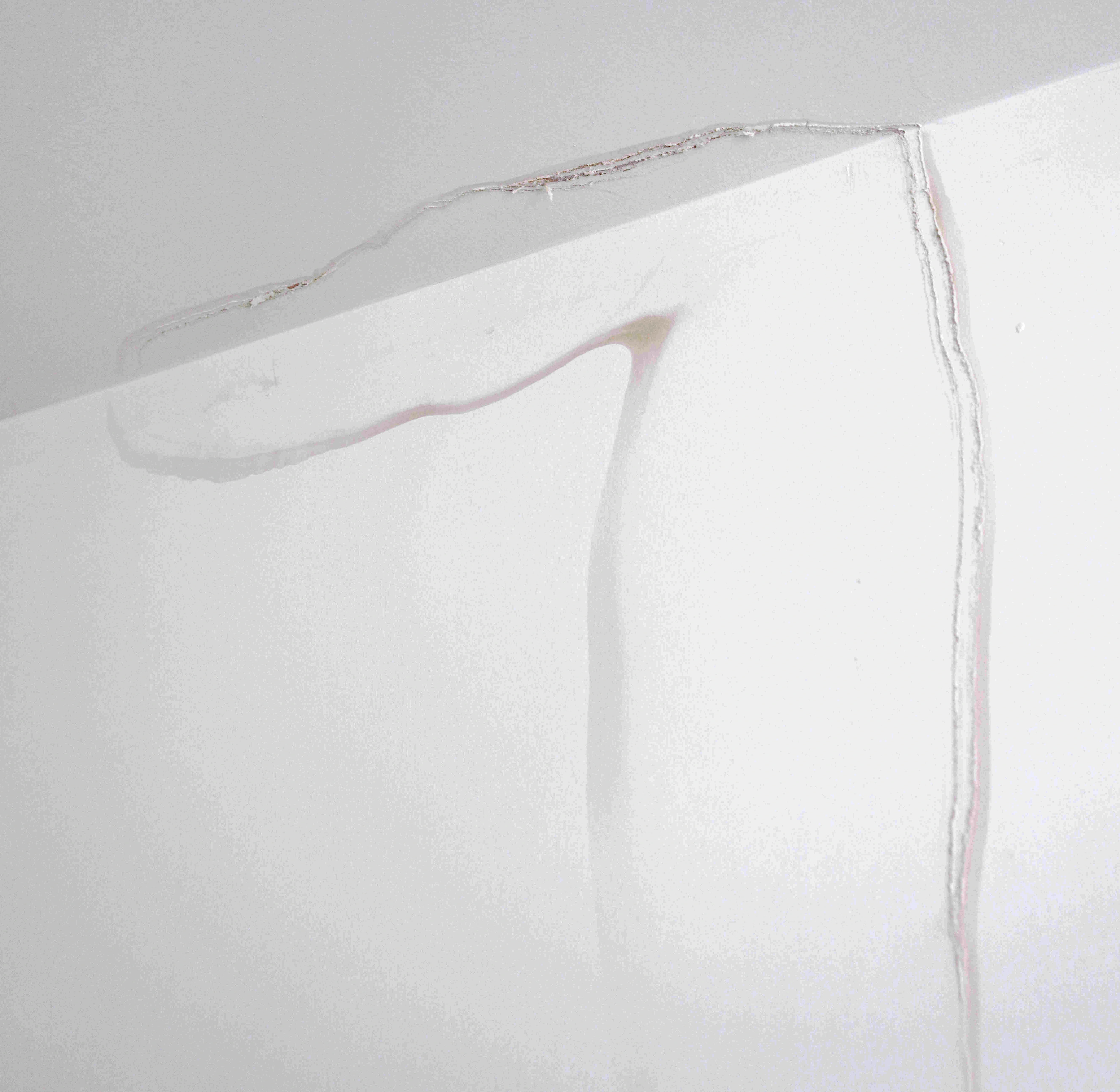 She has not slept upstairs since Christmas and even kipped on the floor first after moving in while she waited to get a sofa.

The cold is among 141 problems found in the private English tutor’s first home – and builders’ teabags were even discovered to be blocking her loo.

She has also had a wonky shower, a leaking bath and blocked drains since moving into the semi-detached two-bed house near Stratford-Upon-Avon, Warwickshire, in November.

Stacey told The Sun: “When I moved in the house was whistling – it was just freezing. 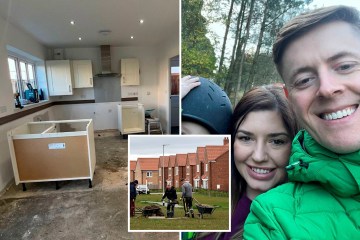 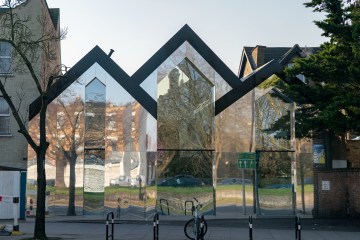 “I slept in my bed with a hot water bottle, a double duvet, long pyjamas and a robe – and I was still cold

An independent buildings expert found that rolls of insulation hadn’t been properly laid, with some rolls still in their packaging in the loft.

And January’s snagging report found five of the 141 issues needed urgent attention, but Stacey said Taylor Wimpey has not sorted them.

They include a plug socket being dangerously close to her kitchen hob, which goes against guidance.

She was also left with a leak above a plug socket for four days.

Stacey added: “The house is dangerous. It’s freezing. I can’t use 70 per cent of the house because it’s freezing and has other problems.

“This is the first home I’ve ever owned but it’s been a nightmare from the moment I opened the front door.

“The whole accomplishment of saving so hard to buy a home for myself has just been tarnished.

“Taylor Wimpey couldn’t do enough for me when I told them I wanted to buy. But as soon as they’ve had my money, they just couldn’t care less.”

The tutor, who saved for years to get her first home on the Help to Buy scheme, had only lived in the property for a few weeks when her drains became blocked.

Investigations revealed a waste pipe linked to a downstairs loo has become clogged with tea bags and paper towels.

She said: “When I flushed the loo water started gushing out. The pipes were just caked in yellow sludge – it was just disgusting.

“It seemed like the builders had just treated my house as a dump. I was mortified.”

The semi-detached three-bed property was billed by homebuilder Taylor Wimpey as being part of a “stylish” collection of homes.

And the sales blurb said the company “pride ourselves in the quality of homes we build”.

But Stacey said she has spoken with others on the estate who have dealt with similar issues.

Decorator Andrew Beck, 30, added he has been called out to multiple homes on the estate to fix poor workmanship.

And his own home with girlfriend Donna Egan, 28, and their three children, has not been spared.

The couple moved in in January 2021, where Donna raised exposed glass on a broken windowpane.

Andrew said: “It took a year before it was fixed. If any of the kids had run their fingers over it, they would have cut themselves.

“It was a clear hazard. It’s just been one thing after another, really.

“You have to kick the patio door to open it, there’s cracks in the plaster and stairs haven’t been sanded.

“If anyone was to ask me, ‘Would you recommend a Taylor Wimpey home’, then I would absolutely say no.

“The customer service is terrible and the quality of the buildings is just naff.”

A Taylor Wimpey spokesperson said: “We are sorry for the issues the customer has experienced with their home and are committed to fixing them.

“As soon as we were made aware, we took swift action to acknowledge the customer’s complaint and have provided a full schedule of works to resolve the issues identified.

“Taylor Wimpey is currently awaiting a response from the customer following an access request, and we are fully committed to undertaking the required works as soon as the customer enables us to gain access.

“Taylor Wimpey is committed to delivering homes of the highest standards and providing excellent customer service.

“We investigate every complaint brought to our attention to achieve a fair outcome for our residents.”

The Sun this week revealed an entire estate has been riddled with issues, with bricks hanging off the wall, uneven flooring and flooding.

Stephanie Wilkinson, 31, and husband Matthew Stoves, 32, needed a new kitchen and had to rip out the bathroom to sort plumbing issues in Yarm, North Yorkshire.

And last year dad Stephen Porritt, 47, blasted the house builders after finding 381 snags in his £270,000 home in Nottingham, including burnt grass and crooked windows. 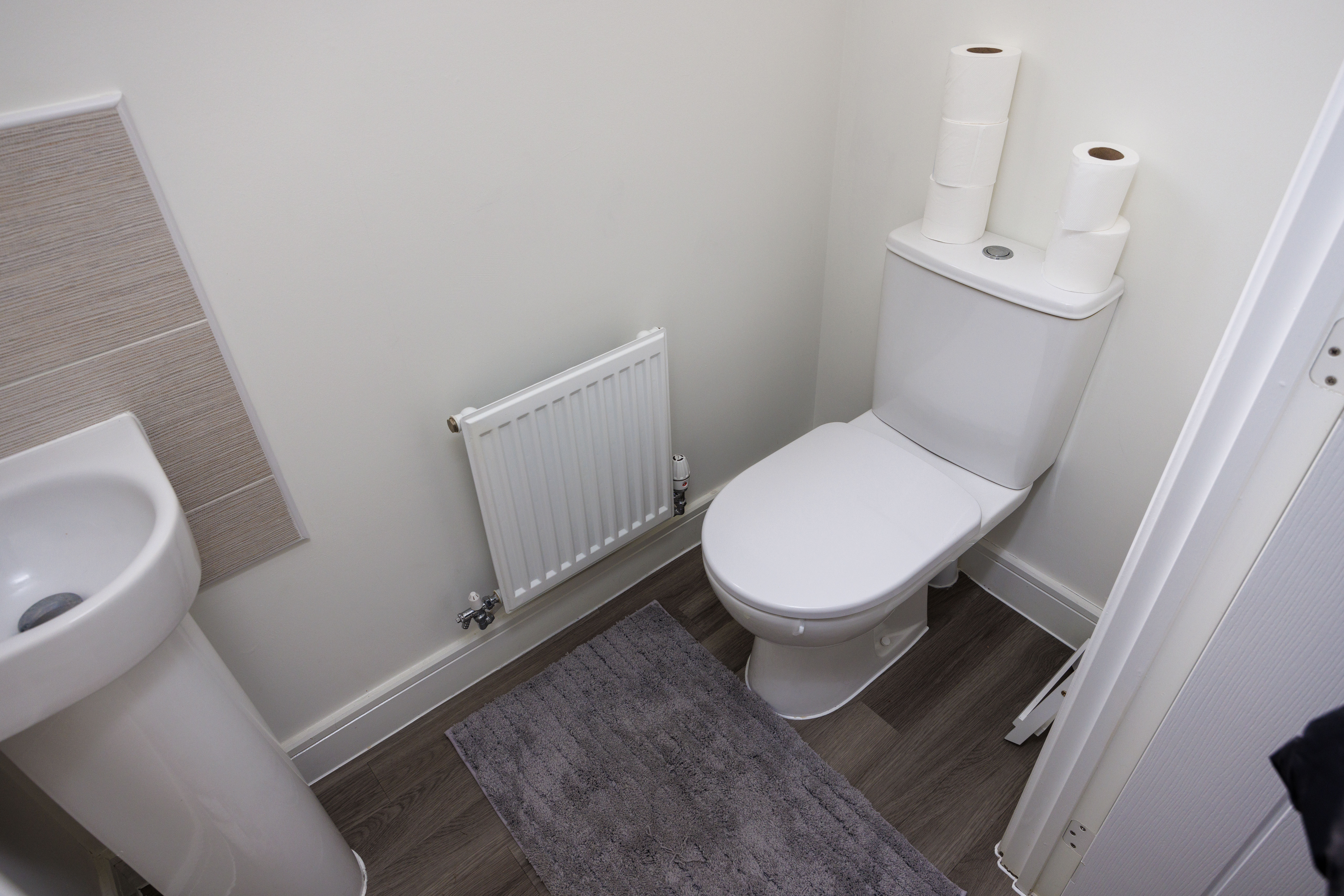 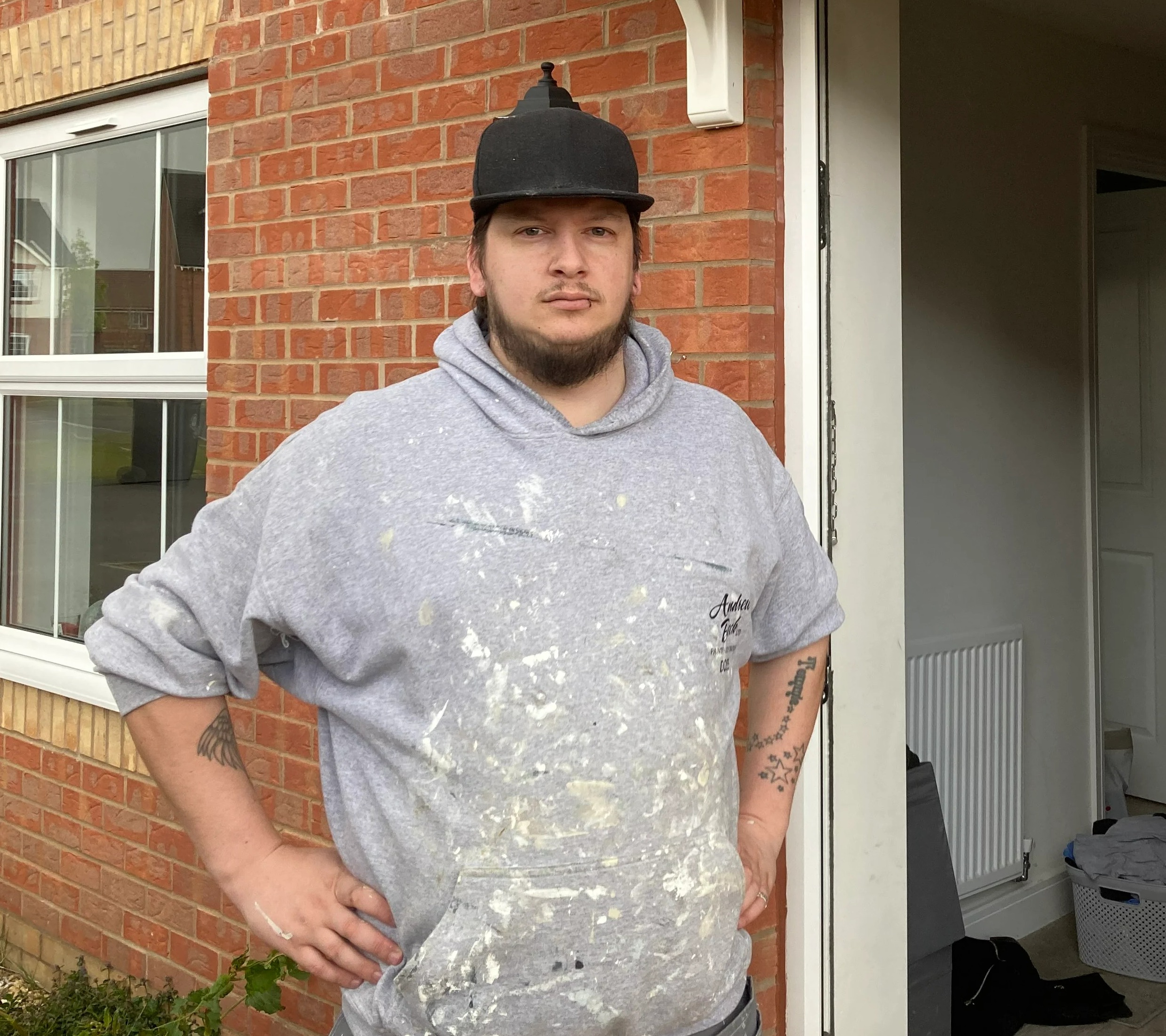 Decorator Andrew Beck said he has been called out to multiple homes on the estateCredit: News Group Newspapers Ltd 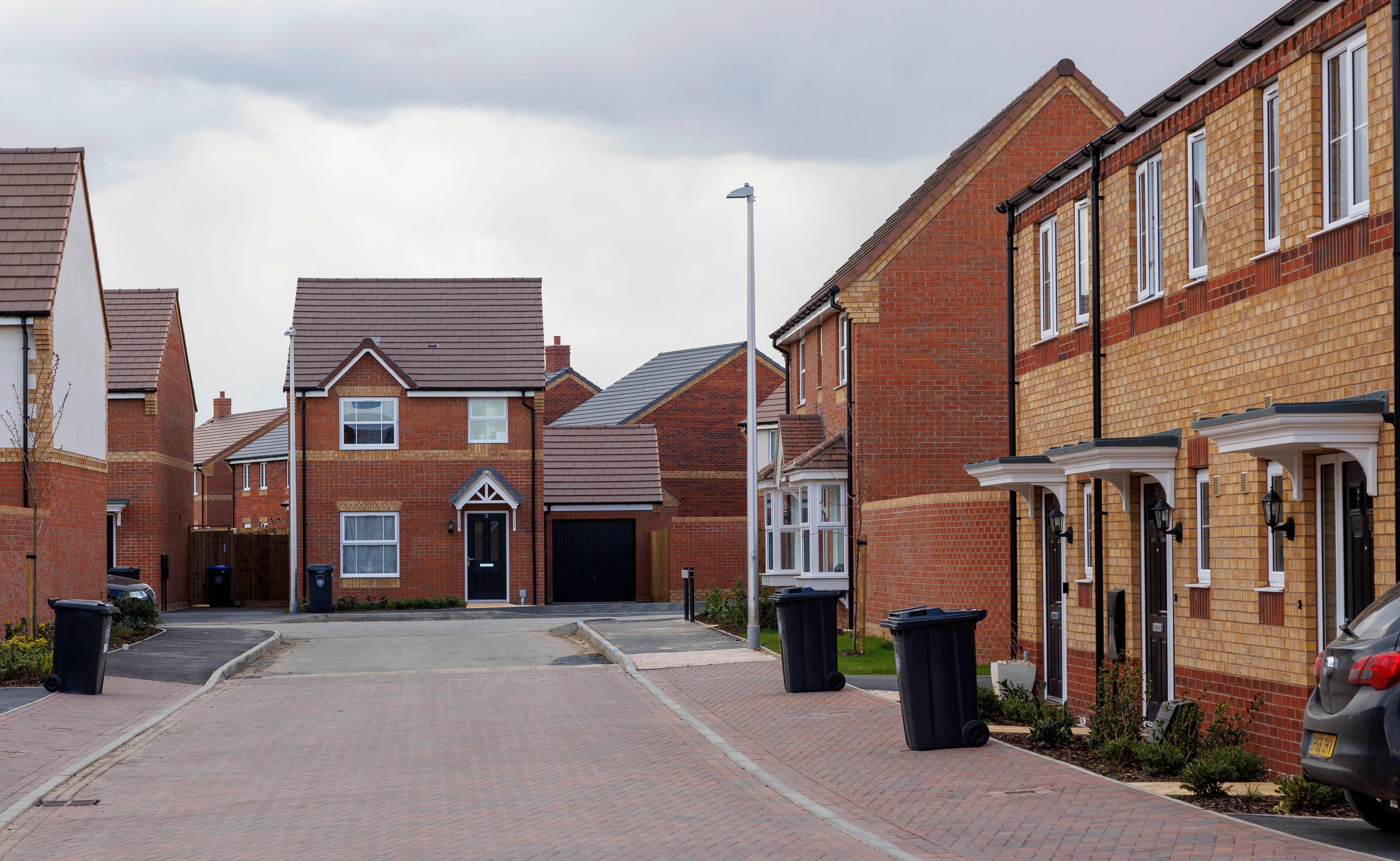 A TWO-bed maisonette going for £120,000 on a busy London street has a dirty secret. The home is…
byBizLifetime
No comments

A huge Victorian mansion in Sunderland is up for sale at £1.19million

The five-bed home has plenty to offer (Picture: North News & Pictures Ltd) In case you needed reminding,…
byBizLifetime
No comments

An easy project to take on this weekend (Picture: Jam Press) Before you hit that ‘buy’ button, pause.…
byBizLifetime
No comments

Derelict two-bedroom cottage is up for sale for just £15,000

Not the cheeriest place on the market, but it’s a steal (Picture: Auction House Scotland/SWNS) What would you…
byBizLifetime
No comments