Stunning Cornish chalet with holiday annexe on sale for £1.45million

It’s in one of Cornwall’s most desirable villages (Picture: Doon Williams)

The upmarket coastal fishing village of Rock, opposite Padstow on the north-east bank of the River Camel estuary, has become so well known for its celebrity and royal homeowners and holidaymakers, it’s dubbed the St Tropez of Cornwall.

Everyone from Princes William and Harry to Gordon Ramsay, Dawn French, Will Young and Jemima Goldsmith have been spotted frolicking in the waves or hanging out in its hip cafés.

But one of its most singular homes must be Rock Haven, a family retreat inspired not by the surf and swell but by the architecture of Alpine chalets. 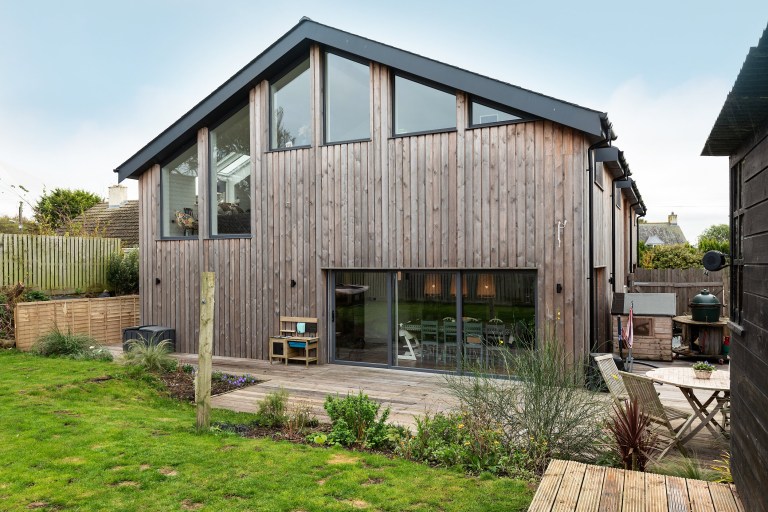 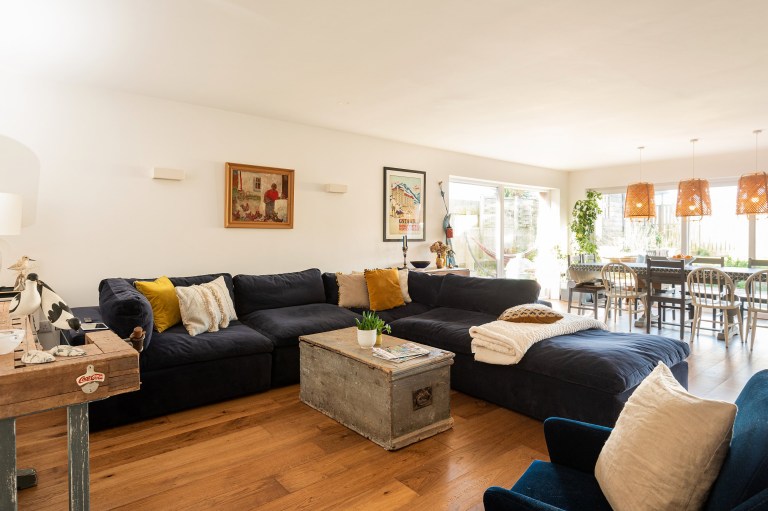 The living spaces are filled with light (Picture: Doon Williams)

‘When I was younger I spent winters in the mountains teaching skiing,’ explains its owner, Charlie Toogood. ‘I loved the vertical cladding of the chalets, as well as their open-plan but cosy layouts, so always wanted to recreate something similar.’

On the Rock Road, within easy walking distance of the village, and a short drive from Daymer Bay and Polzeath, the property is larch-clad, set over two floors and has two spacious light-filled living spaces and sweeping rural views.

‘We had been living in Bristol and bought the original property on this plot, a 1930s three-bedroom bungalow, nine years ago,’ says Faith, who works with ventilated patients in the intensive care unit at the Royal Cornwall Hospital. 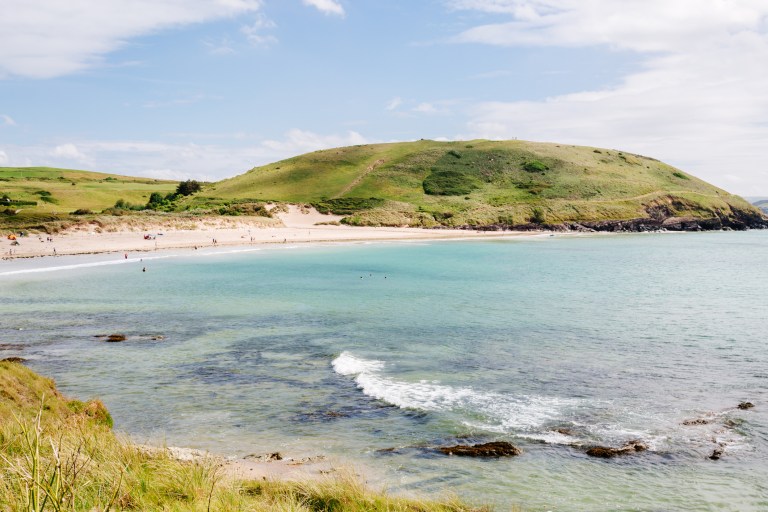 The chalet is close to the beautiful beach at Daymer Bay (Picture: Getty Images)

‘At £250,000, it was pretty much the only place we could afford down here at the time. It was very sweet, and in a fabulous location, so we did it up in quite a basic fashion, and lived in it as it was for six years. As our family grew, though, we needed more space – giving us the opportunity to build our dream chalet-style house from the ground up. It was the perfect time to create something that suited us perfectly.’

Flexibility was top of the agenda. ‘We have busy jobs and two young children, and I am barely at home in the summer as I am so busy,’ Charlie says.

‘Living in such a gorgeous part of the world means we have lots of friends and family who want to come and stay, so we settled on an arrangement that allows us to have guests who can be self-contained and come and go as they please. We also wanted a design that would allow us to generate some income by renting out part of it as a holiday home.’ 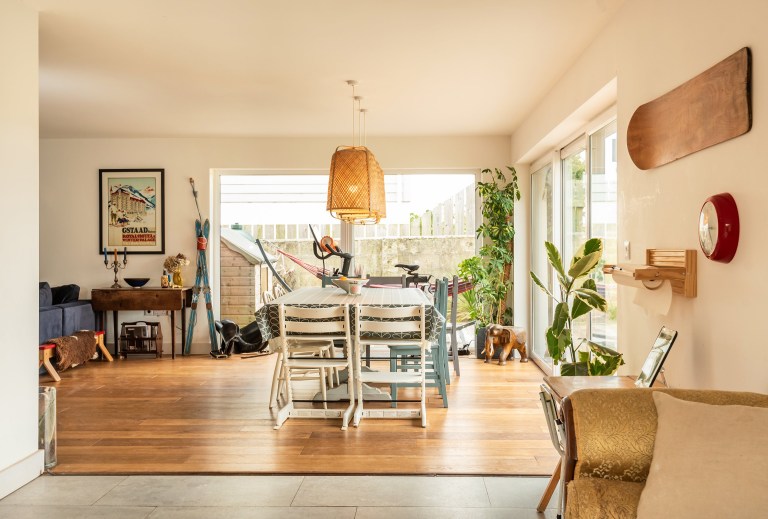 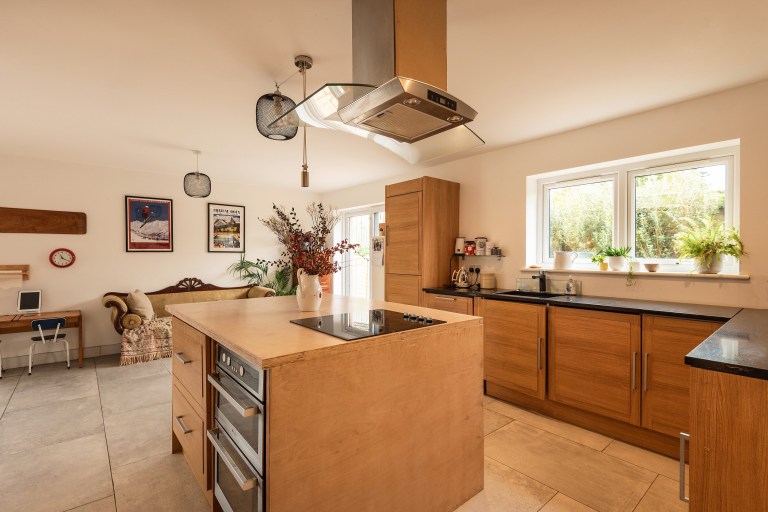 Working with Wadebridge-based architect John Graney, the couple planned out a 3,478sq ft, six-bedroom detached house, allowing for plenty of natural light, and with floorplans cleverly configured to allow it to be used as a large single property, or as a three-bedroom main property and a smaller three-bedroom annexe with its own separate entrance.

Both sections have their own open-plan kitchen/living/dining space, and interconnect on both the ground floor and first floor – meaning you can choose just how you sociable you want to be with any house guests.

The Toogoods say they have rented out the annexe, which has its own private patio, decked area made from reclaimed teak and barbecue area, for about £200 a night over the summer months.

The layout also meant it was future-proofed, Faith says. ‘We wanted to take into account the possibility of parents moving in with us at some point, while still having their own space, or for our children to have independent zones when they were ready.’ 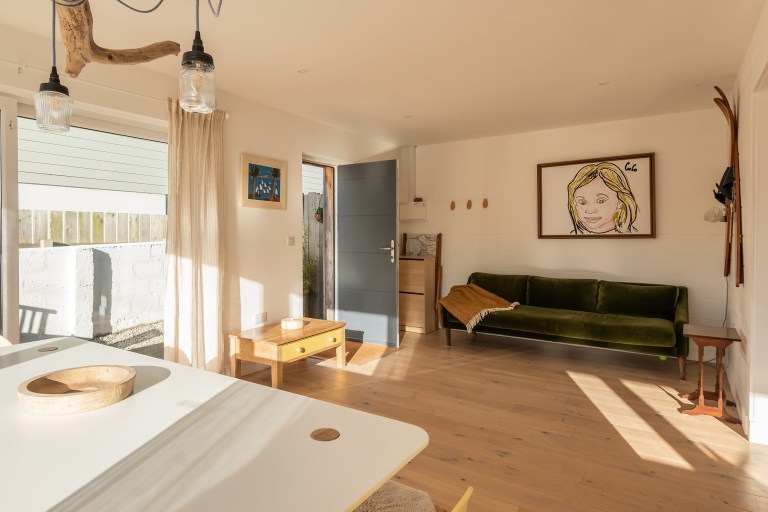 They rent out the annexe for £200pn during the summer months (Picture: Doon Williams) 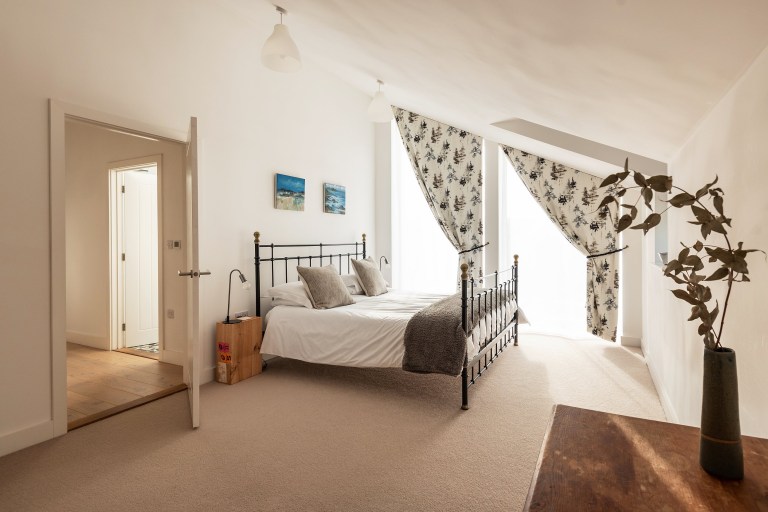 While the bungalow was being demolished and the year-long build carried out, the family lived at Charlie’s parents’ home nearby, finally moving into the new house just before Christmas 2019.

‘We were fortunate that there were no real dramas, but you do of course have to make compromises when you realise you are overstepping your budget,’ Faith says.

‘We did a lot of the work ourselves, and tried as hard as we could to be eco-conscious and source things ethically. We incorporated excellent insulation, underfloor heating and an air source heat pump, and have managed to achieve an EPC rating of B, which we are really pleased with.’ 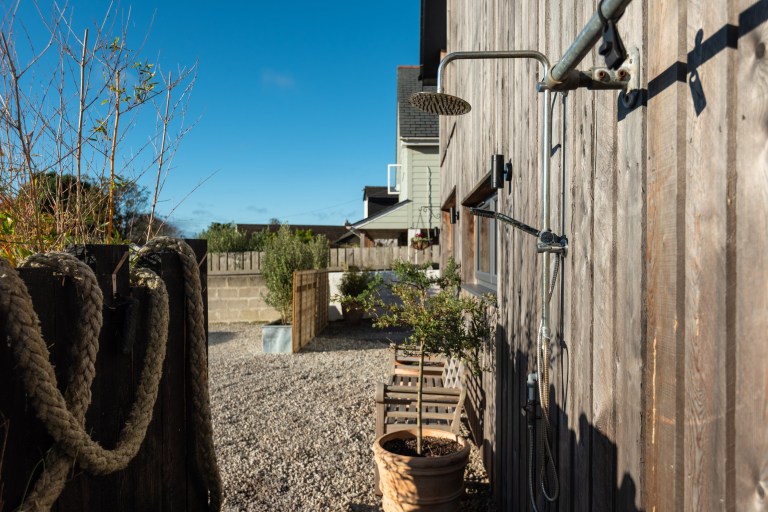 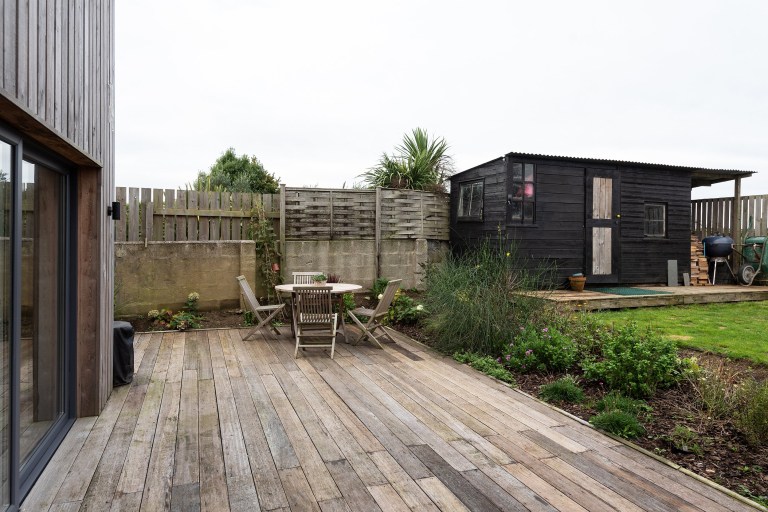 There’s a large deck in the garden (Picture: Doon Williams)

However, the hot water outdoor shower, Faith says, is the one thing they couldn’t do without.

‘It makes a huge difference when you have endless adults, children and dogs coming back from the beach. Nobody is allowed into the house without showering first, so the sand never creeps in!’

A huge driveway, with space for surf boards, boats, cars and kit, was also requisite.

‘We have never made a point of really styling the interiors,’ Faith says, ‘but rather have let everything that we love come together naturally.’

Rock Haven has the feel, however, of a perfectly thrown together seaside home, with fresh white walls throughout and masses of natural light taking a starring role. 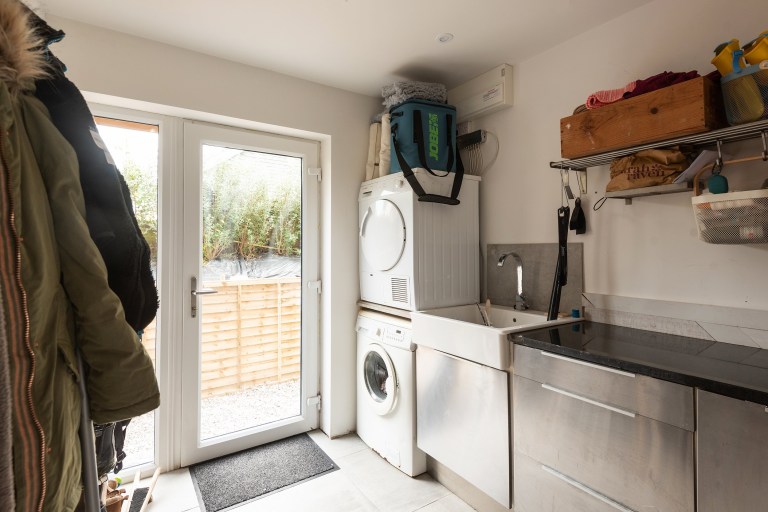 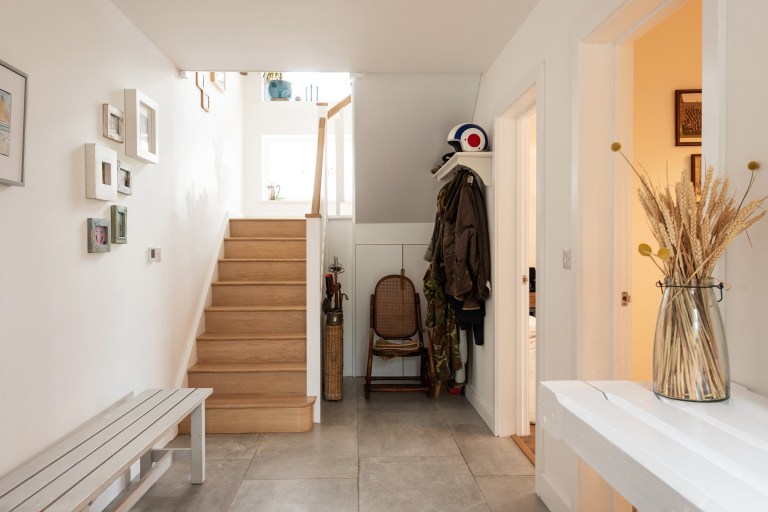 The house has a whitewashed seaside feel (Picture: Doon Williams)

It’s the perfect backdrop to display the work of local artists, including the Cornish landscape photographs of Nick Reader and paintings inspired by the wild north Cornish coast by Jethro Jackson.

Treasures have also been discovered and dragged back home from long beachside walks.

A huge piece of driftwood found in St Mawes is now a sculptural light fitting, hanging above a contemporary German dining table.

Other furniture bought at local antique markets has been lovingly upcycled.

Little more than two years after moving in, there are still a few touches left to make.

A second kitchen at the rear of the house is perfectly serviceable, but Faith had planned to add floor-to-ceiling windows and install burnt black timber units with white marble tops.

Electric front gates have also been on the to-do list for a while.

However, with India and Coco’s burgeoning passion for riding, they are now leaving the final details to others, and selling Rock Haven, which has a price tag of £1.45million, to find a home with enough land to keep horses.‘

Galloping along the beach is just such a joyous experience.’ Faith says. ‘We don’t take for granted how lucky we are to have such an idyllic lifestyle.’

Rock Haven is for sale for £1.45million via JB Estates.

‘Serious bachelor pad’ with golf course inside for sale for $1million

Maybe it is easy being green (Picture: Jam Press) This unique property might look normal enough on the…
byBizLifetime
No comments

How to protect your gadgets in hot weather

Keep your tech out of the sun (Picture: Getty Images/Maskot) Infrastructure in the UK is not really equipped…
byBizLifetime
No comments

This nifty gadget has hundreds of five-star reviews (Picture: Amazon) What price would you pay to never have…
byBizLifetime
No comments