SAVING for a deposit is hard enough as it is – but Amie Shaw and Richy McIntyre had to quickly find £9,000 extra in just three months.

Sales advisor Amie Shaw, 22, and mechanic Richy McIntyre, 28, already had saved around £6,000 when they were viewing houses in July. 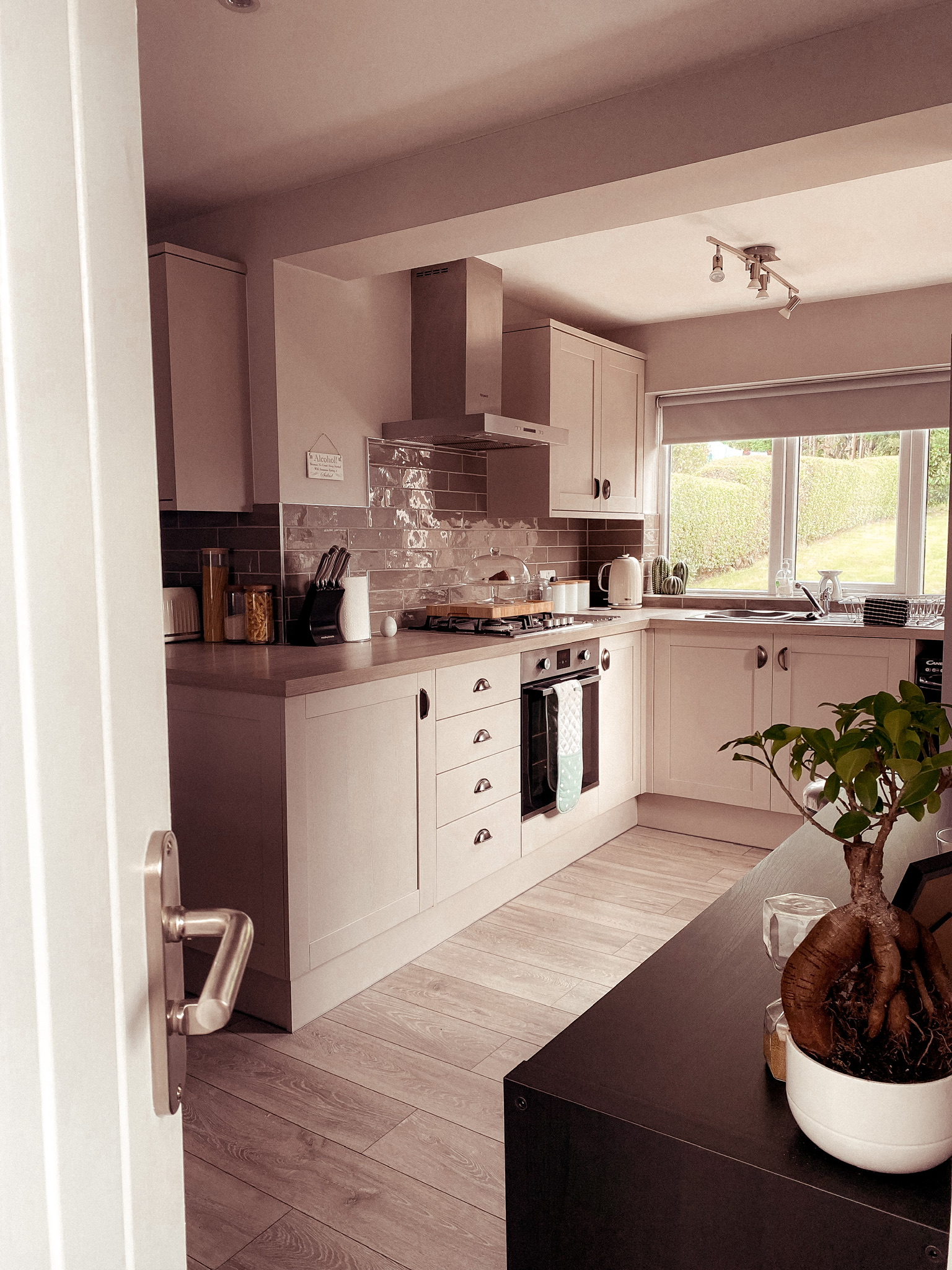 They were also on furlough, making saving enough cash even trickier as they were only getting 80% of their wage 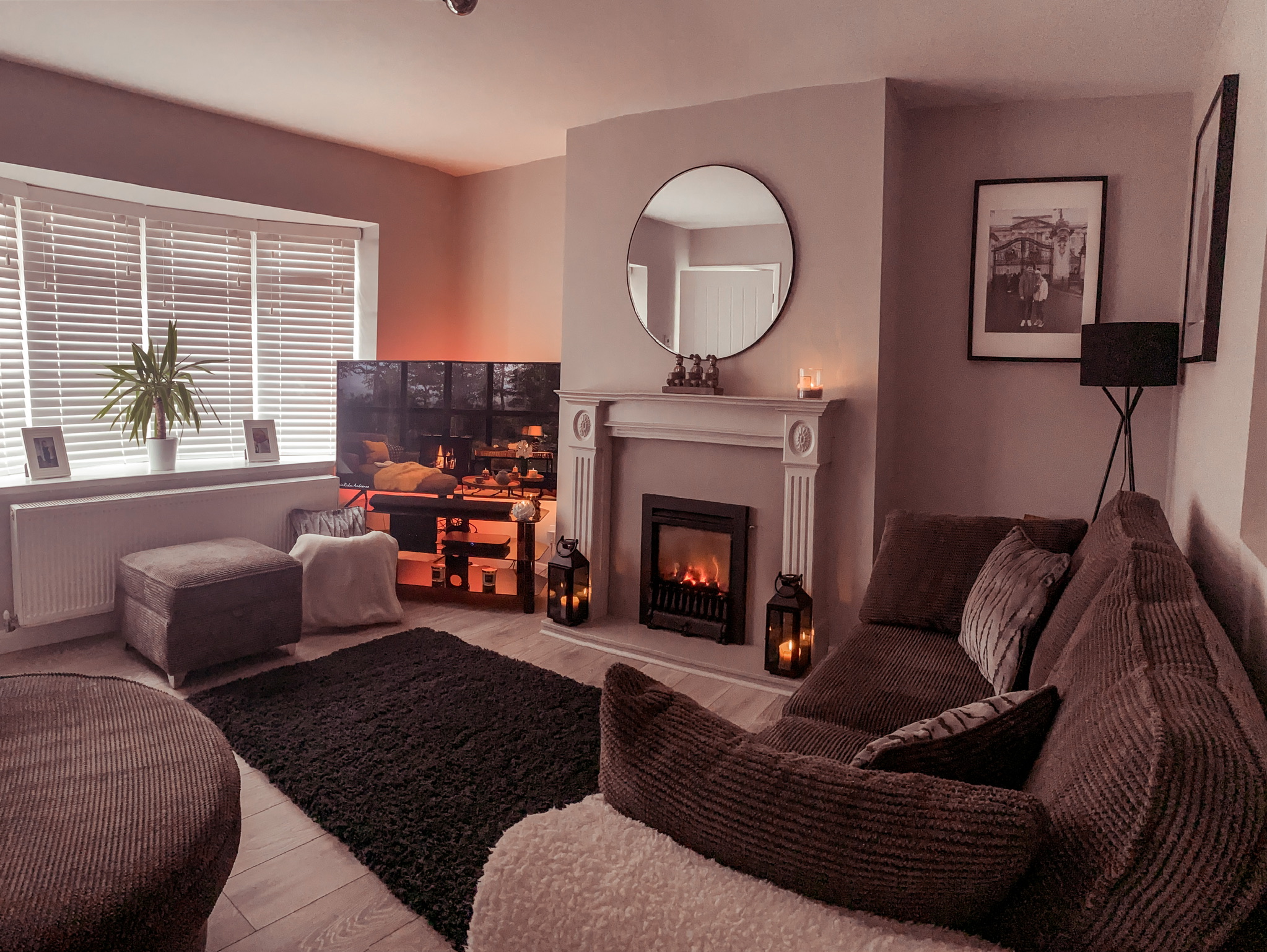 They fell in love with a two-bed home in Stoke-on-Trent, close to all their friends and with plenty of shops and restaurants nearby.

While many budding buyers will have walked away from putting in a bid, the plucky couple went ahead and offered the asking price – which was accepted.

You will have to pay the deposit for your house when contracts are exchanged.

The couple’s mortgage advisor told them that it usually takes three months for a loan application to go through, after which point a deposit will need to be handed over.

So Amie and Richie took a gamble and raced against time to get the £9,000 together they needed to buy the home.

Should they have failed to raise the cash in time, they risked seeing the deal fall through and the house of their dreams slip through their fingers.

This was an even trickier feat considering that the couple were both on furlough at that time – which meant they were only getting 80% of their usual wage packet.

The couple were fortunate enough to get help from their family to raise the money needed.

Richy also decided to use his £1,000 inheritance to put towards the deposit.

Determined to make it, the couple slashed their spending to save as much money as they could.

The couple, who are basic rate tax payers, hardly spent anything on birthday gifts for each other, swapping expensive gifts for a trip to the pub with just a handful of spare change in their pockets.

Getting rid of unnecessary subscriptions for phone apps helped Amie save £60 a month as well, while cutting back on takeaways helped them save £70 a month.

Luckily they were paying just £100 in rent a month to Amie’s mum.

The Sun sat down with Amie to take a snoop around their home for The Sun’s My First Home series.

Tell me about your house

There’s one bathroom, with another toilet downstairs.

All of the downstairs area is open plan – that means the kitchen, lounge and dining room is all in one room.

The garden outside is huge.

How did you decide on location?

Richy is originally from Stoke-on-Trent and our friends live here, so we thought it was a good place to settle down.

There’s also lots to do in the area, and fun places to go for days out.

The properties in this location were also more suited to what we were looking for within our budget.

I also wanted a fresh start and somewhere new to live.

How much did you pay for it?

Our monthly mortgage repayments are £526.

Although it was tough saving for the deposit, we were very lucky that we were gifted some money from our family.

My family don’t have much money so for them to help me was a big blessing – we’re so appreciative of the help we got.

Me and Richie also lived with my mum while we were saving – and paid £100 a month in rent – much lower than the average rent rates in our area.

How did you save for it?

One of the most stressful things I’ve ever had to do in my life was saving most of the deposit we needed for our home in just three months.

But we didn’t want to walk away from the home we loved.

Instead, we talked to our mortgage advisor to see how long it would realistically take for our mortgage application to go through and for contracts to exchange.

At the point of exchanging contracts, this is when you usually hand over your deposit.

Our advisor told us this typically takes three months – so we would have until July 2020 to September 2020 to save.

So we decided to gamble, put an offer in, and start saving as much as we could.

It was even harder than we thought because we had both been furloughed at this point because of the Covid crisis.

It was a lot of pressure to save – we had a rule that we would only spend money on the very bare essentials we needed.

Before, we were spending around £90 a month on takeaways.

But as a treat, we would get one a month – so we saved £70 from really cutting back on ordering food in.

We also put off celebrating our birthdays while we were saving.

Usually we spend £200 to £300 on each other, buying expensive gifts like watches and headphones.

But we just spent £40 on each other for our birthdays – instead of blowing cash on an expensive event, we just took some of our spare change we had collected down to the pub for a few drinks.

I also managed to save £60 a month from cancelling contracts and stopping subscriptions for phone apps and streaming services.

I cancelled fitness apps like Shreddy and MyFitnessPal, and cancelled Hayu too.

We were lucky as we were living with my mum, and she only charged us £100 a month in rent.

How have you afforded to furnish it?

We had to save up for the furniture we wanted – it’s taken over a year to finally get everything we need.

We couldn’t afford to pay for pricey items like our sofa, TV, and bed upfront.

So we bought items from shops offering customers payment plans where you can pay over monthly installments to spread the cost.

What’s your advice for other first time buyers?

Anything is possible if you put your mind to it.

Don’t sell yourself to the first house you see, have a look around a few houses.

You will walk into one and just know straight away that it is the one for you.

If you want it that bad, you will have to sacrifice that extra takeaway, that shopping spree on clothes or that day out.

But it will all be worth it in the end when you get the keys to your front door.

Here’s how one first time buyer got £3,100 of freebies when he bought his first home.

And one couple got an extra £30,000 for their home – and it wasn’t through the Help to Buy scheme.

One couple had a poor credit score, but still managed to buy their first home.

Do you have a story for The Sun Online Money team?

Keep it as a church or – depending on consents – make it a dreamy home (Picture: Rightmove)…
byBizLifetime
No comments

Inside ‘world’s loneliest home’ on sale for £260,000 which is totally isolated on its own deserted island

A ONE-bedroom home is up for grabs for £260,000 – and it comes with its own deserted island.…
byBizLifetime
No comments

What is an orangery, and is it cheaper than a conservatory?

An orangery can add a fair bit of value to your home (Picture: Getty Images) If you’re looking…
byBizLifetime
No comments