JIMMY Anderson and Stuart Broad were axed in a brutal England cull for the tour to West Indies.

The two bowling greats, with 1,177 Test wickets between them, were among EIGHT members of the disastrous Ashes tour party omitted.

Broad and Anderson have been omitted from England’s touring squad to the West IndiesCredit: PA 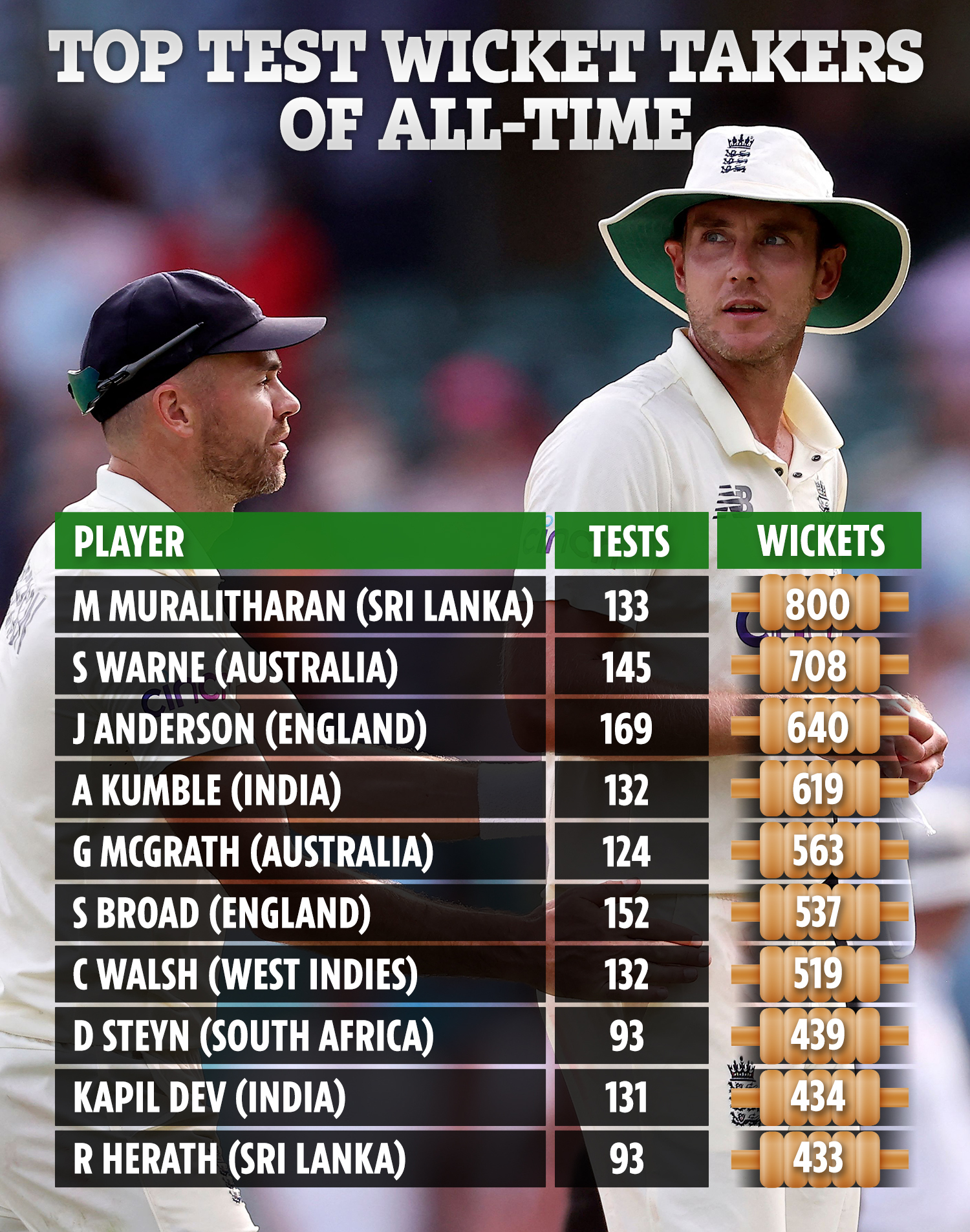 Former head coach Chris Silverwood, director of cricket Ashley Giles and assistant coach Graham Thorpe were all sacked after the 4-0 defeat down under.

Much maligned skipper Joe Root will stay on as captain despite some calls for him to step aside.

Speaking on the squad packed full with fresh faces, Strauss said: “With the start of a new cycle, it has allowed the selection panel to refresh the Test squad with a particular focus on competing away from home.

FOR the West Indies series

“We felt that it was time to draw a line after the Ashes defeat, look forward and give some impetus with an influx of new players.

“In respect of James Anderson and Stuart Broad, I want to emphasise this does not mean the end for them as England players.

“We feel that it is important to look at some exciting new bowling potential and give some added responsibility to other players who have featured previously.

“No one doubts the quality and experience that James and Stuart bring to the England set-up.

“It will be up to the new managing director and permanent head coach to decide on whether they will be involved this summer and beyond.

“This selection of this squad is the start of a process and a journey to get England Test cricket back to where it needs to be, and the hard work starts now.”

The squad is set to arrive in the Caribbean on February 25 for the three Test series.

Root and Co kick off their tour with a warm-up match on March 1, before the first Test in Antigua gets underway a week later.

In Strauss’ words the decision to leave out Anderson and Broad isn’t expected to cue the end of their careers.

But it is a statement of intent from the new leadership that they are willing to place their trust in youth.

Anderson has racked up 640 dismissals in 169 Test matches and is England’s all-time leading wicket taker.

Broad meanwhile has 537 scalps in 152 matches and is second on the list.