Powell struck ten sixes and the Windies cleared the boundary a total of 16 times on their way to 224-5 in 20 overs.

Rovman Powell smashed his way to 107 from just 53 balls as the West Indies beat England in the third T20Credit: AFP

Even though England hit plenty of sixes – with opener Tom Banton contributing six – the Windies won the third T20 international by 20 runs.

It means the home team lead the series 2-1 with two matches to play.

Powell and left-hander Nicholas Pooran put on 122 for the third wicket in just eleven overs in their contrasting styles.

Powell was all muscular power while Pooran relied more on timing and fast hands. Either way, the ball kept disappearing into the stands.

Reece Topley and Adil Rashid escaped the worst of the carnage but the rest of England’s bowlers were savaged.

The regularity with which England are conceding rapid runs is becoming a problem.

In the previous match, the Windies lower-order plundered 72 from the final five overs – although England still won that match by one run.

Banton provided fireworks in England’s reply but they lost wickets regularly although Phil Salt, on his T20 debut, kept their hopes alive.

Moeen Ali, captaining England because Eoin Morgan tweaked a hamstring during warm-ups, chose to bowl after the start was delayed for 20 minutes by a wet outfield.

England took a couple of wickets in the six-over power play but, by then, Pooran was already peppering the crowd.

Powell was not even chosen in the first two matches but now he slog-swept his second delivery for six off Liam Livingstone.

Pooran was held on the long-on boundary attempting his sixth six and Powell went in similar fashion shortly after reaching three figures.

Powell said: “This is a very proud moment. I’ve been working very hard over the last five or six months and it’s good to see it pay off.” 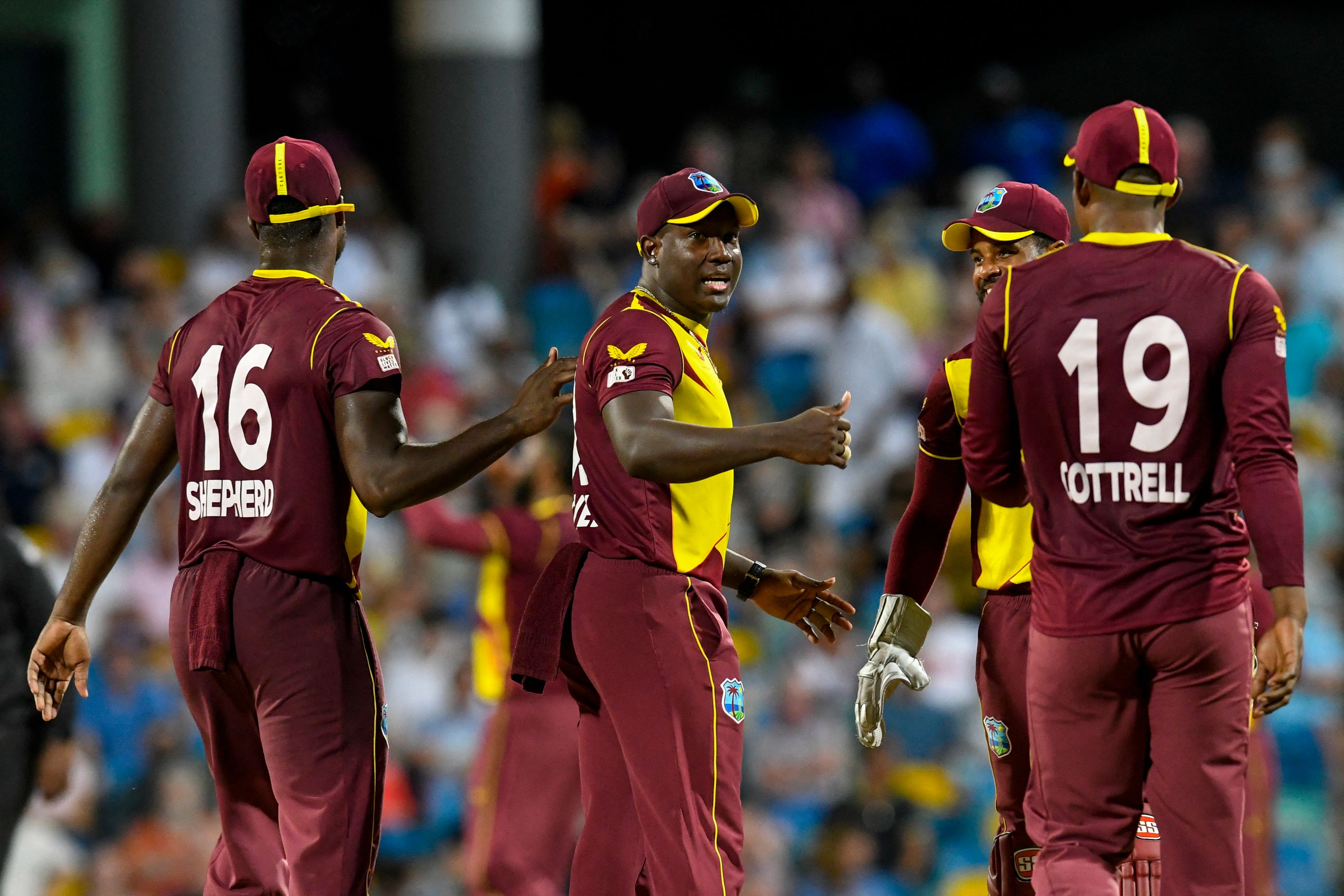 The Windies dominated and now hold a 2-1 series leadCredit: AFP

What is the new ball in Test cricket and when can bowlers use it?

Who are Shane Warne’s children?

TRIBUTES have poured in for South African cricket umpire Rudi Koertzen, who has passed away aged 73. Koertzen…
byBizLifetime
No comments