JOE ROOT has announced he is stepping down as England’s Test captain.

Root’s decision comes after the 1-0 Test series defeat to West Indies last month, and the 4-0 Ashes loss to Australia in the winter.

Root said: “After returning from the Caribbean tour and having time to reflect, I have decided to step down as England men’s Test captain.

“It has been the most challenging decision I have had to make in my career but having discussed this with my family and those closest to me; I know the timing is right.

“I am immensely proud to have captained my country and will look back on the past five years with enormous pride. It has been an honour to have done the job and to have been a custodian of what is the pinnacle of English cricket.”

Root, 31, holds the record for the highest number of wins as England’s Test captain, his 27 putting him one ahead of Michael Vaughan and three ahead of Sir Alastair Cook and Sir Andrew Strauss. 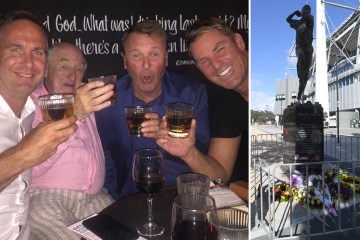 But the past 12 months have been dismal. After winning their opening three Tests of 2021, England have won just one since, losing 11 and drawing five of their last 17.

Root has not been alone in paying a price for that, and his exit leaves England without a captain, head coach, and managing director while the England and Wales Cricket Board seeks a new chair.

Root added: “I have loved leading my country, but recently it’s hit home how much of a toll it has taken on me and the impact it has had on me away from the game.”

Root’s tally of 5,295 runs as captain is the most by any England captain, and he scored 14 centuries while in the role.

There is a lack of an obvious candidate to replace Root, with bookmakers having Stuart Broad, Sam Billings and Jonny Bairstow in the mix.

Favourite for the role will be Ben Stokes, however last summer he had to take time away from the game for mental health reasons which could make becoming skipper impossible.

‘That fire is always in my belly!’ – Jonny Bairstow reveals secret behind his recent run of good form for England