JOE ROOT batted himself into the ranks of cricket’s legends as England took an iron grip on the second Test. 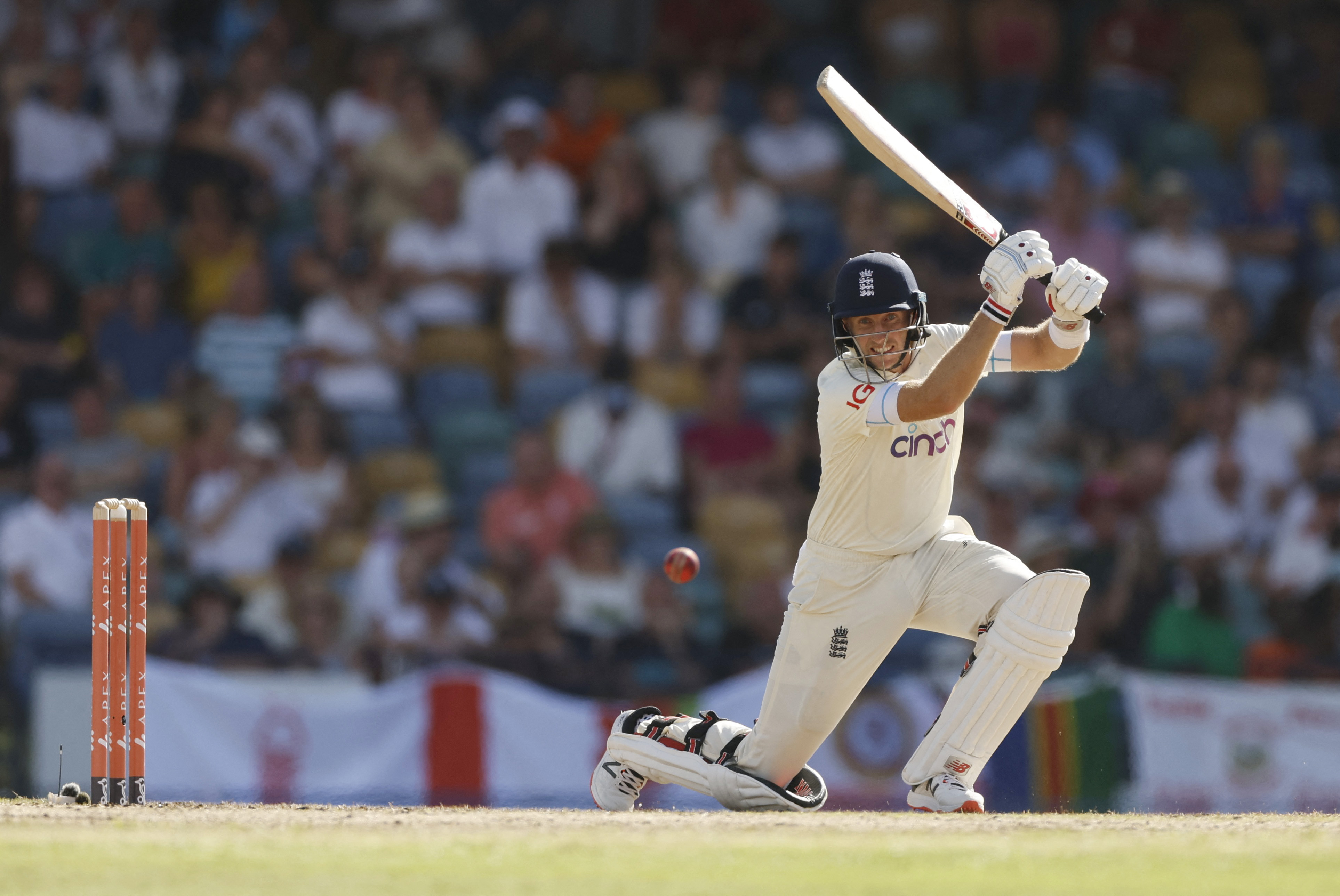 And with Dan Lawrence also coming to the party in the most impressive knock of his fledgling England career, the tourists will look to turn the screw today.

The only doubt is whether another pancake pitch will render any bowling attack impotent and lead to a tame draw.

England have runs on the board, 244-3 at the close, with more to come.

Although Lawrence will rue holing out for a Test-best 91, trying for a 14th four in addition to a towering six, off the final ball of the day.

Heartbreaking for Lawrence but England on top on a low, slow, surface which offered little once the initial shine disappeared.

Root simply decided to grind the home attack into the dust before flicking the switch, capitalising on every scoring opportunity, especially square of the wicket.

And he gleefully completed a second successive century, including 12 fours, after his 109 last week.

The England skipper, who will resume on 119 not out, has now scored 2,018 runs since the start of 2021, including eight centuries. Remarkable.

Root had a couple of scares, dropped behind the stumps by Joshua Da Silva and then nearly stranded at the wrong end by Lawrence after tea.

But converting his 78th 50-plus Test score into yet another hundred made a mockery of those moans a few years ago that Root failed to take advantage when he was set. Not any more.

Only 21 players in the 145 years of Test history have scored more centuries in this format – and fittingly the next one up the list, Sir Garry Sobers, was on hand to witness Root’s latest display.

He saw a virtually perfect day for Root and England, all the more so after it began with Craig Overton feeling unwell and meaning Yorkshire’s Matt Fisher joined Saqib Mahmood in earning his debut cap.

Zak Crawley went for a duck, caught behind to a Jayden Seales ball he tried to leave too late, but that was the end of the bad news.

Alex Lees aided Root in ensuring England made the most of winning the toss, notching a patient 30 from 138 balls before being trapped in front by Veerasammy Permaul. 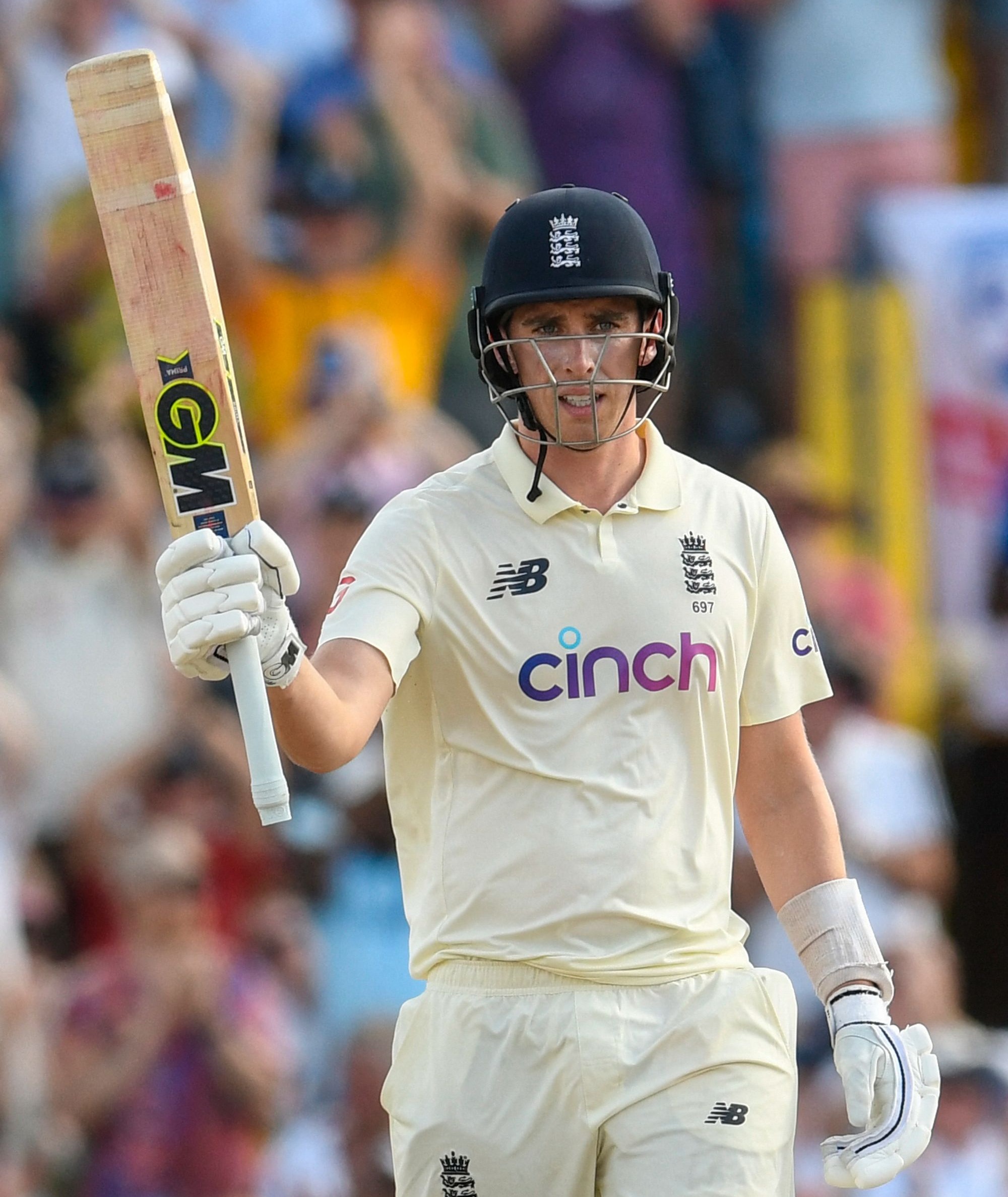 Dan Lawrence made a Test best 91 but fell to the final ball of the dayCredit: AFP

Lees’ approach was a factor in England scoring just 80 for the loss of the openers after 45 overs, the strengthened ranks of the Barmy Army able to sleep off their jet-lag without fear of missing too much.

Yet it was a platform for Root and Lawrence to gradually up the rate before cutting loose.

The Windies contributed to their own problems. Root had already survived one tricky moment, Jason Holder not pushing for a review with the skipper on 23.

TV replays showed a clear inside edge onto his pads and behind, although it might not quite have carried.

Root just smiled, as he did shortly after lunch when the diving Da Silva shelled a one-hander, off the face of the bat, from Kemar Roach’s leg-side delivery. The keeper should have clung on.

And from then, it was relentless and inevitable, Lawrence adding real impetus and flair as he clicked from the start.

Back to back leg-side boundaries for Lawrence, neither much more than a push off Jason Holder, signalled his intent.

He then hoisted spinner Permaul over the deep mid-wicket boundary. 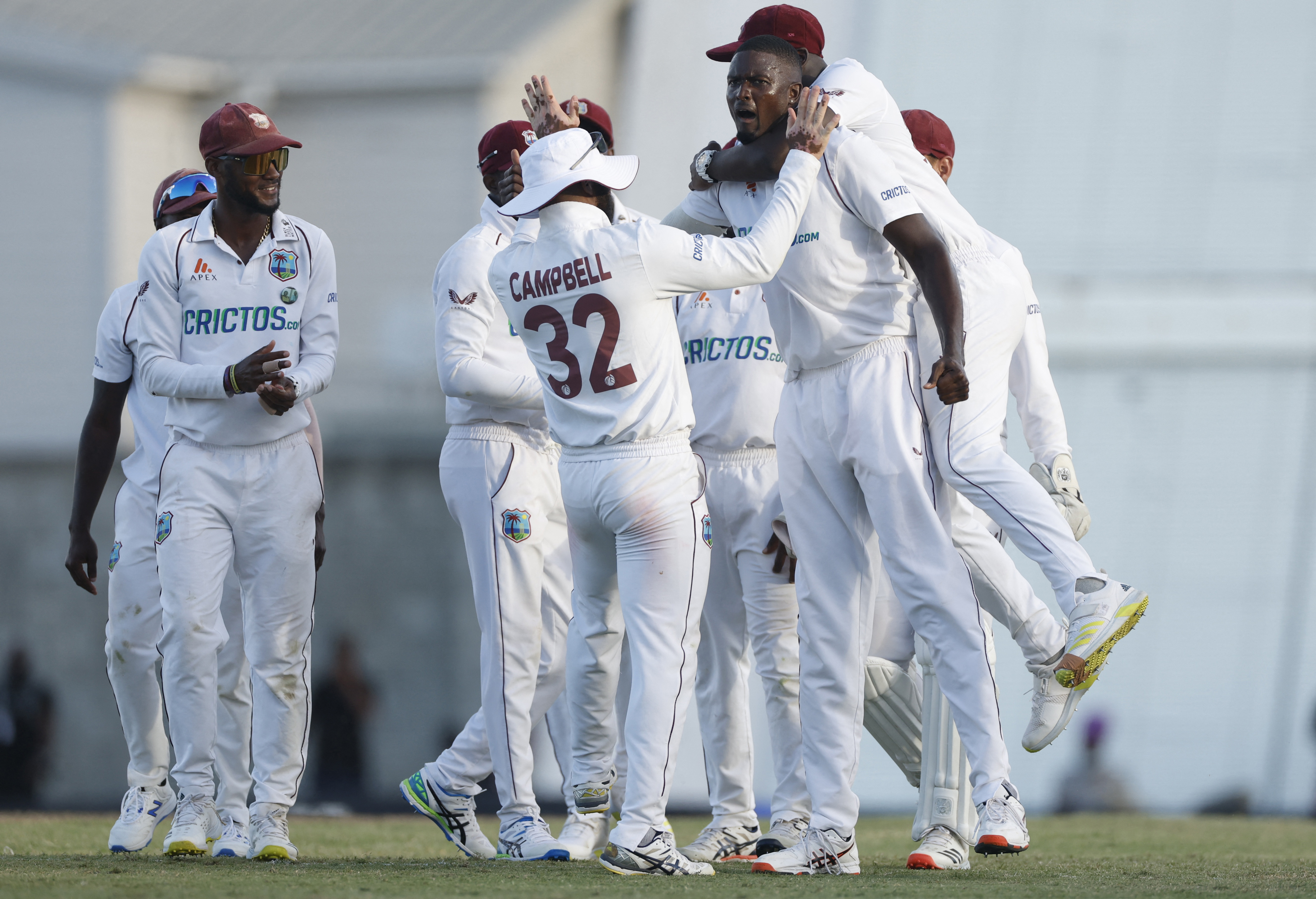 West Indies celebrated after grabbing the wicket of Lawrence with the final ball of the dayCredit: Reuters

Root was now deploying his trademark sweep, although his glide to three figures might have been cut off when he did not hear Lawrence’s call on a John Campbell misfield, leaving both briefly at the same end.

Lawrence’s bat was more certain than the running and calling, his fourth Test 50, coming off just 62 balls.

His milestone, though, was placed in the shadows immediately as Root pulled Seales to backward square.

Yet there was a sting when Lawrence, who had hit two more fours, cracked Jason Holder straight to Kraigg Brathwaite with that first century beckoning.Today will be fun.

Skipper Heather Knight settled any wobbles with an unbeaten 53 as England got home with 19 overs to spare and now face another must-win game with hosts New Zealand on Sunday.

What was the cause of spin ball specialist Shane Warne’s death?

JOE ROOT has announced he is stepping down as England’s Test captain. Root’s decision comes after the 1-0…
byBizLifetime
No comments