Unique, ferocious, mischievous… My pal Shane Warne wasn’t made like the rest of us, says heartbroken Piers Morgan

SHANE Warne messaged me yesterday morning, seconds after I tweeted this observation about Vladimir Putin holding the world to ransom over nuclear weapons: “When did we get so pathetically spineless in the face of nasty little bullies?”

“Spot on mate!” agreed Warnie, which was an unsurprising response from a man who never shirked a confrontation on or off a cricket field. 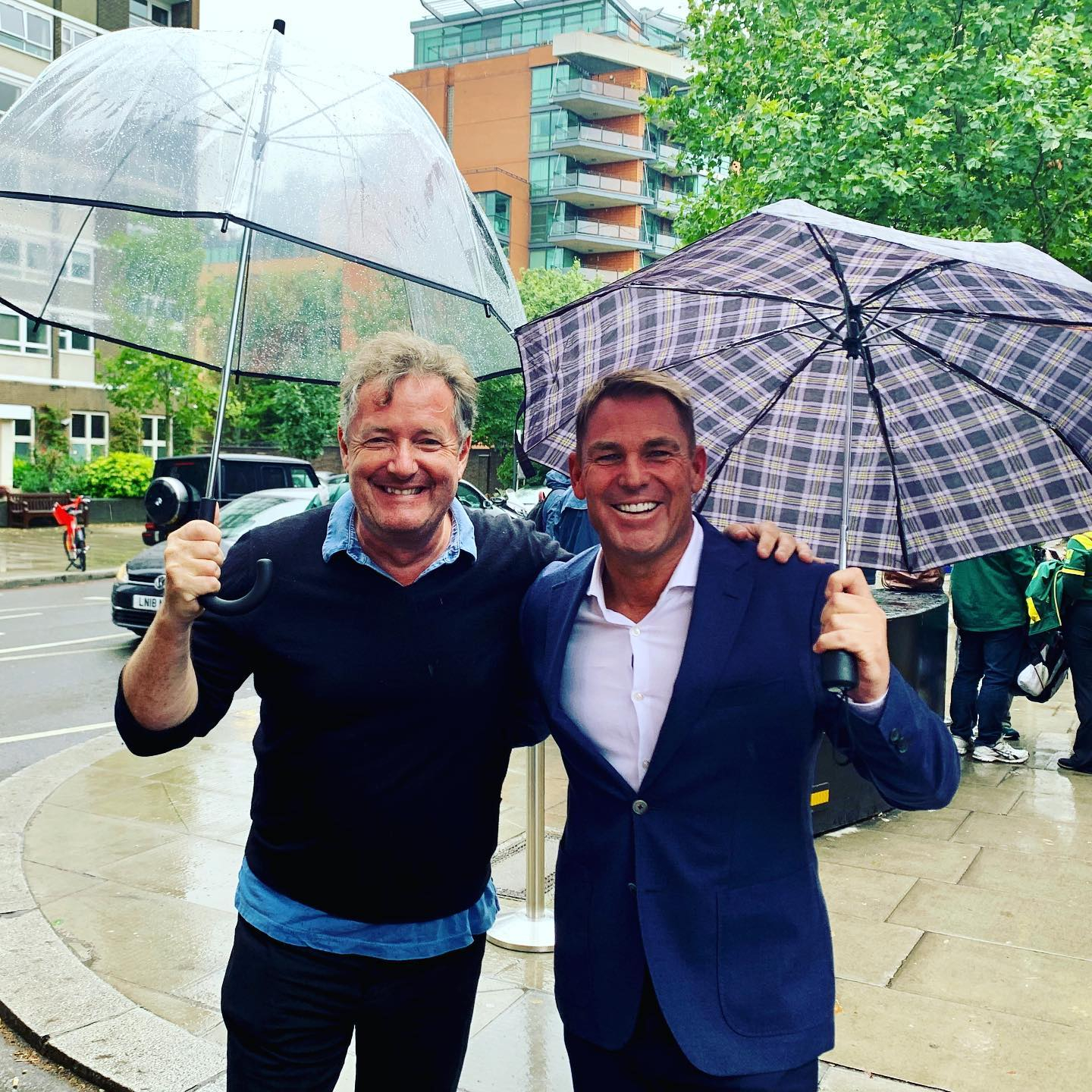 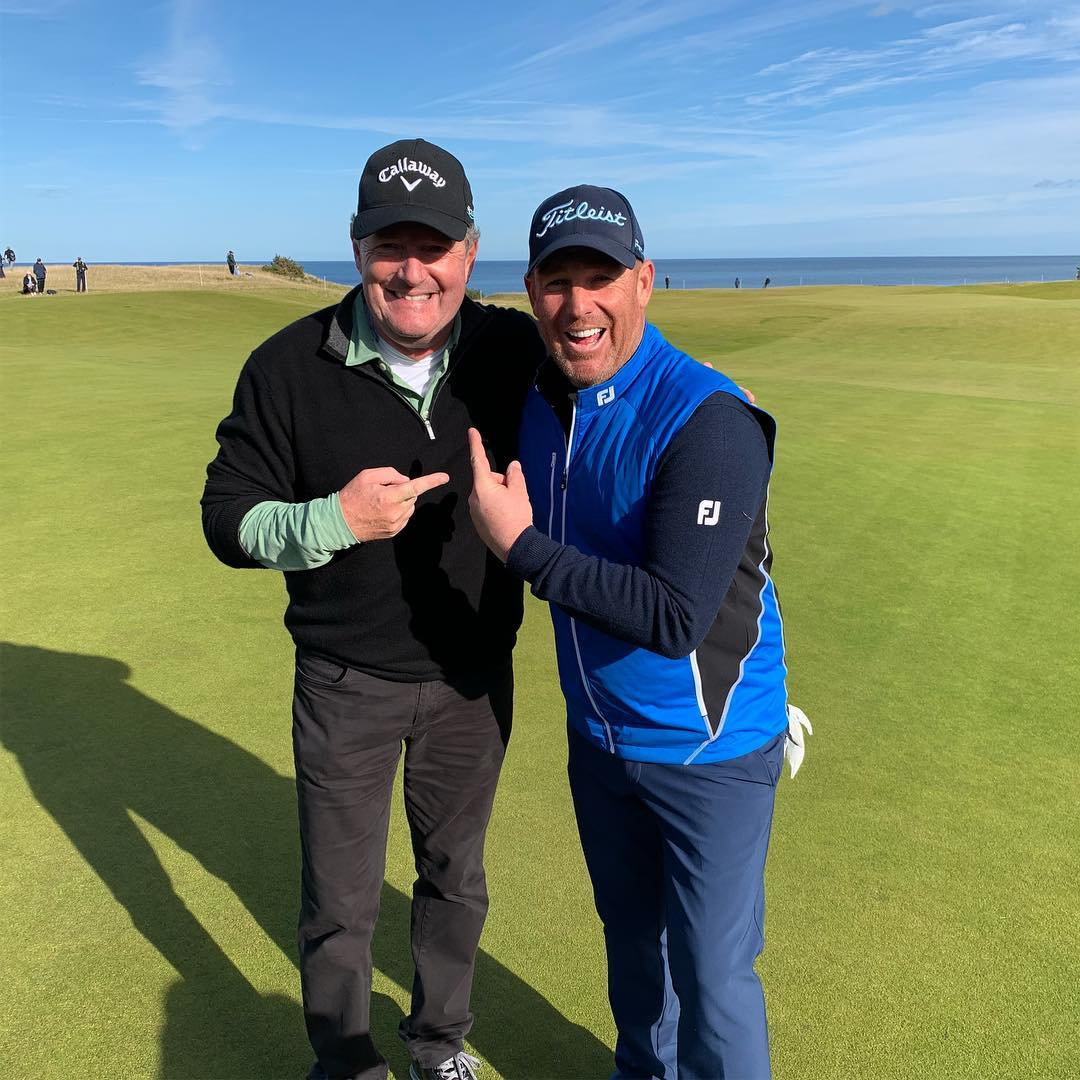 Piers and Shane are seen enjoying a round of golf togetherCredit: Instagram

I’d been in regular touch with him during the past fortnight because I was in Australia, and we were planning a round of golf and dinner in his hometown Melbourne that sadly never happened due to unseasonably bad weather keeping me in Sydney.

Now I’ll never play golf or have dinner with my great mate again, nor enjoy any more of his forthright, hilarious, and often very candid stream of consciousness on WhatsApp (last week, we had a hysterically funny argument about the merits of yeast concentrates, with him insisting, “Vegemite doesn’t stick to your teeth like Marmite”) and that realisation makes me incredibly sad.

News of Shane’s death hit me like a sucker-punch, as it will have done so many people all over the world.

He was also a cricketing genius, in my view the greatest bowler that ever played the game thanks to his huge and ridiculously skilful spinning fingers causing the ball to do things that would utterly humiliate even the finest batsmen.

This unique talent, and his gigantic irrepressible personality, made him arguably the sport’s most charismatic figure, one of very few cricketers, like Sir Ian Botham and Freddie Flintoff, to become genuine household-name celebrities. 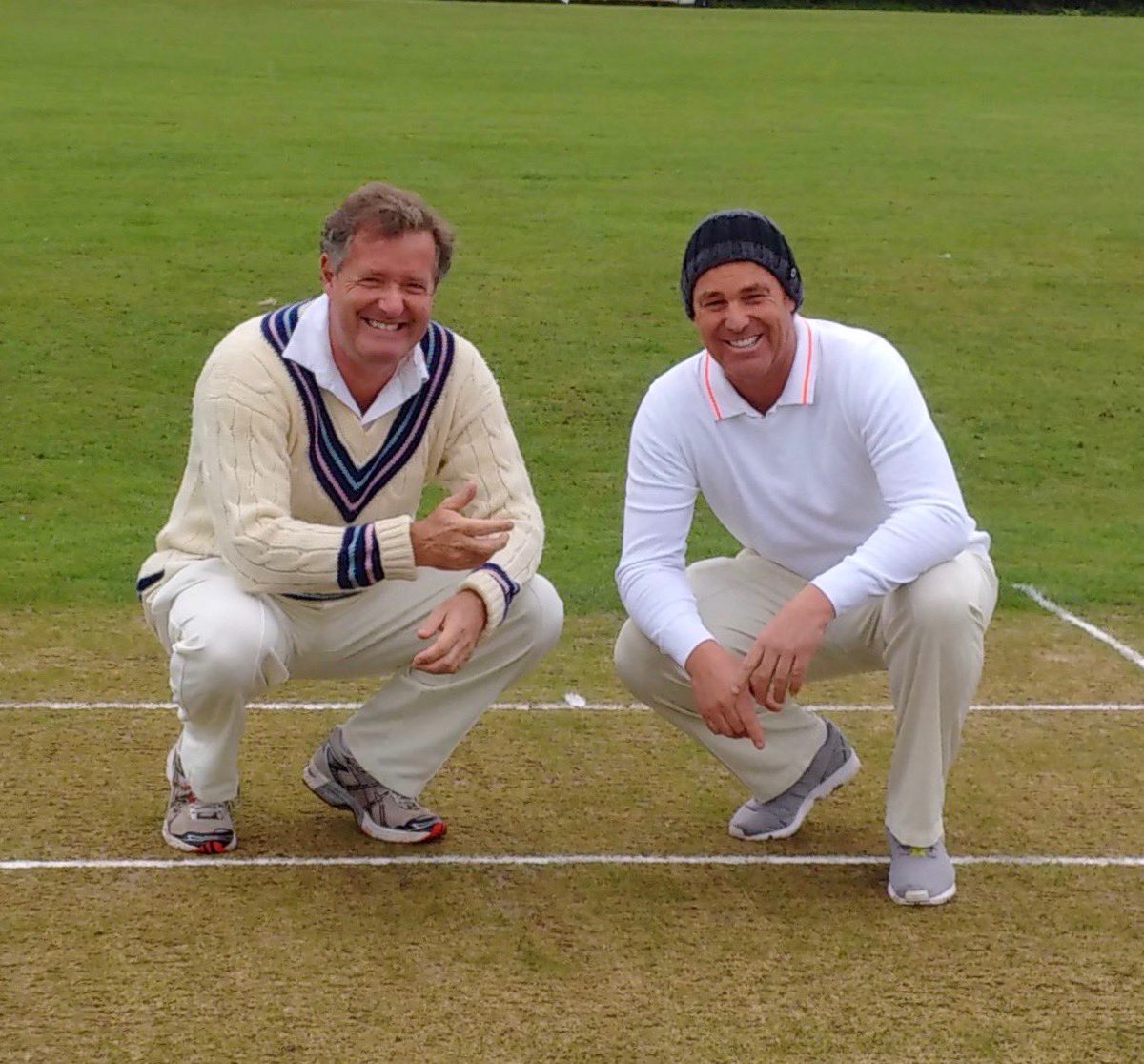 Piers and Shane together as the cricketing superstar played in Piers’ annual game against NewickCredit: Piers Morgan

That’s why there’s been such an enormous outpouring of shock, love and respect for him since the horrendous news broke of his horribly untimely death at just 52.

His prolific headline-grabbing love life, which included a lengthy romance with Elizabeth Hurley, didn’t win him any husband-of-the-year awards, but by his own admission, he found women irresistible, and they often felt the same about this rugged, twinkle-eyed, resolutely macho man.

One of the funniest things I’ve ever witnessed was gay Strictly Come Dancing judge Bruno Tonioli jokily suggesting at a charity dinner that Shane might fancy “crossing to the other side” for the night.

“No chance!” stammered a flustered Warney, “you’re barking up completely the wrong tree there, mate!”

Shane’s ‘go big or go home’ attitude to life was similar to one of his heroes, hellraiser actor Charlie Sheen.

I introduced them a few years ago when I interviewed Sheen in a London theatre and Shane begged to come as my guest.

“I hear you’re a great… is it ‘bowler’?” chuckled Charlie.

“He’s also the only man alive who can look at your lifestyle and say, ‘Lightweight’,” I added.

“Oh really?” scoffed Charlie. “Maybe we should test that theory?”

They chatted for a while, getting on like long-lost twins, then Shane went off to find his seat in the audience.

Towards the end of the interview, I asked Charlie: “Which famous woman would you most like to seduce?”

“That’s a bit awkward given her ex, Shane, is in the audience,” I replied, to huge laughter from the crowd. “Especially as you met him in my dressing room earlier.”

Afterwards, Shane texted me to say: “What a classic! That kind of s**t only ever happens to me, hahaha!”

In fact, that kind of s**t often happened to Shane because he sought it out with the gleeful enthusiasm of a hyper-active Labrador.

When I interviewed him for GQ magazine, he admitted: ‘‘The problem is there’s still a big kid inside me who likes to have fun. I am passionate about my cricket and I love my family, but I’m also a kid, and maybe I need to grow up, and maybe I don’t. Life isn’t a rehearsal, it’s about having fun.”

But my God, he packed more fun into his 52 years than anyone I’ve met in my entire life.

And for all his self-confessed marital flaws, he was a brilliant loving father to his three children, a wonderful caring son to his ever-supportive parents, and a fantastically loyal, kind and generous friend.

He was one of the first people to call me when I left Good Morning Britain a year ago over the Meghan Markle debacle, raging with fury that I’d lost my job for having an opinion, and when TV regulators OFCOM later ruled in my favour, he texted to say: “Congrats on the verdict mate, keep smashing every idiot and holding them accountable – love it!”

(Like me, Shane had a deep-rooted aversion to the cancel culture woke brigade, whining snowflakes, lying politicians and political correctness.)

If he said he’d do something for you, he’d do it, and always with a smile on his face and time for everyone.

He played twice in my annual cricket match against my Sussex village of Newick, and both times spent hours signing autographs, posing for selfies and chatting to the delighted locals. He also showed the village team zero mercy and celebrated victory like we’d won the Ashes.

Shane was superbly quick-witted which made him not just great company but also one of cricket’s most acclaimed sledgers.

South African batsman Daryll Cullinan once stupidly admitted in an interview that he got so badly beaten by Warne during one series he sought out psychiatric therapy afterwards.

“It made me realise it’s important to play the ball not the man,” said Cullinan confidently.

Next time they played each other, Shane said: “Hi Daryll, what colour was the couch? Because I’m sending you right back there.”

The last time I saw him was four months ago at the Dunhill Links pro-am golf tournament in Scotland.

Shane, a tremendously keen amateur, had made the cut for the final day, but his idea of preparation was partying hard until 5am, fuelled by his beloved vodka Red Bulls (“Bring me a new one every eight minutes until I fall over!” I heard him instruct a waiter at midnight).

At 3am, he stormed the stage to belt out a raucous rendition of Satisfaction by the Rolling Stones, giving it the full frantic Jagger hip-wiggles at the microphone.

The next day, after just two hours sleep, and with a raging hangover, he played the greatest round of his life, holing birdie after birdie, outscoring his pro and nearly winning them the team competition.

“How the hell did you do that given the state you were in?” I texted him.

“Hahaha, I have no idea!” he replied.

Sporting greats aren’t made like the rest of us.

Shane Warne, in particular, wasn’t made like the rest of us.

As England cricket legend Allan Lamb put it to me: “He never had his foot off the pedal!”

I’m absolutely gutted he’s gone so soon and will miss him enormously.

But I enjoyed every second of my hundreds of hours in his exhilarating, unpredictable and always entertaining company, and of how many people in life can you say that? 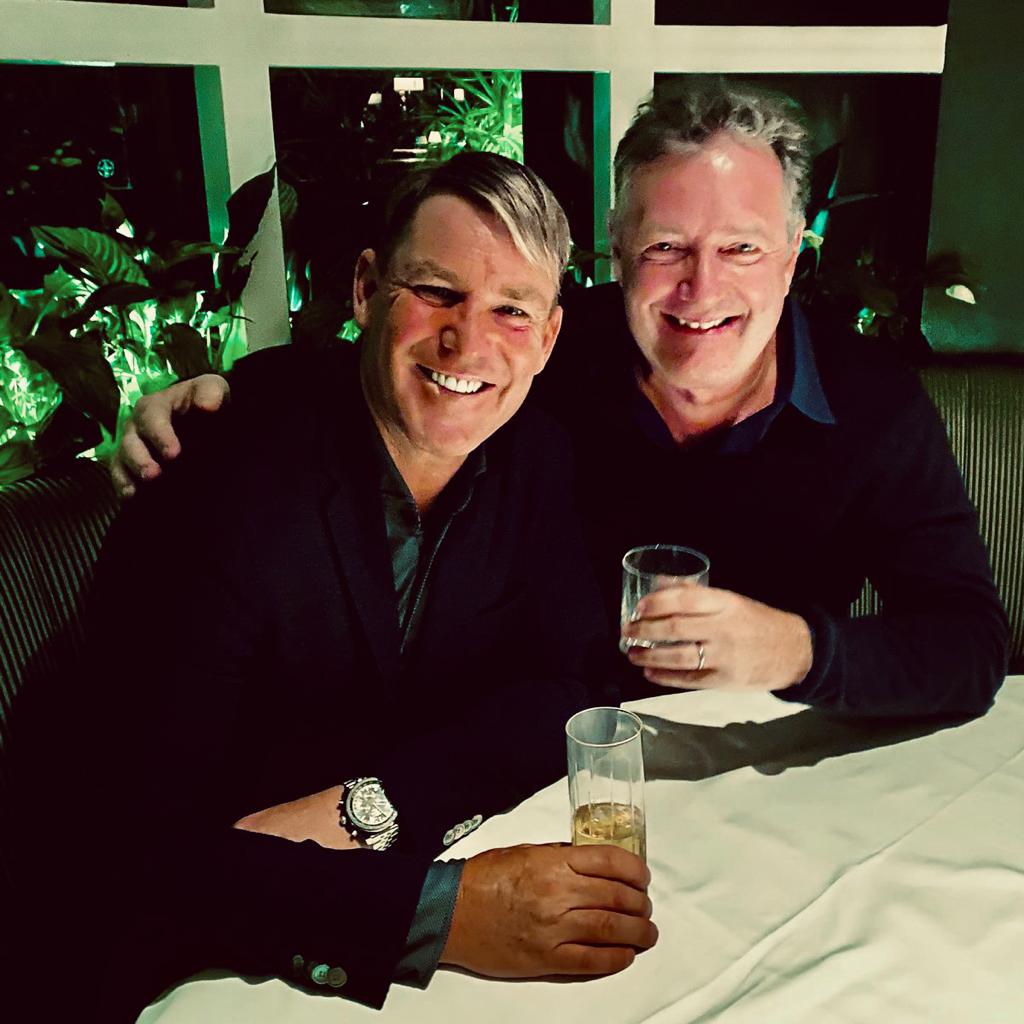 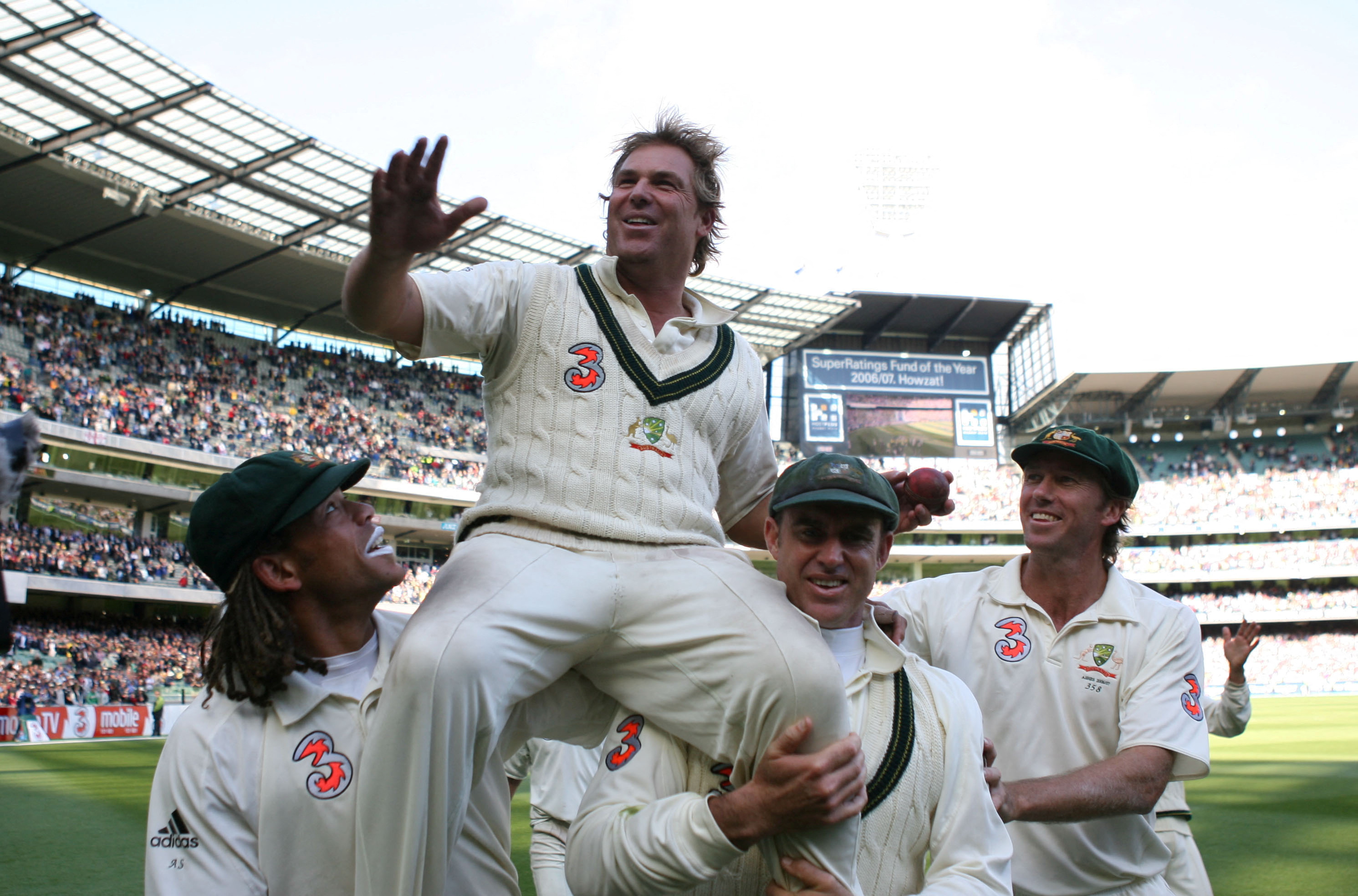 Shane Warne was arguably the greatest spin bowler of all timeCredit: Reuters

READ PIERS MORGAN’S BRILLIANT UNCENSORED COLUMN: Prince Andrew’s a snivelling little coward whose denials weren’t worth the paper they were written on

JOS BUTTLER says he has been dreaming about lifting a World Cup for almost 30 years. England captain…
byBizLifetime
No comments