What happened between Shane Warne and Liz Hurley?

CRICKET superstar Shane Warne has passed away at the age of 52 after suffering a suspected heart attack.

The Australian cricketer was famously engaged to actress Elizabeth Hurley – here’s what we know about their relationship.

Warne and Hurley started dating shortly after her split from husband Arun Nayar in 2010.

The couple, who met at the races in July 2010, were spotted kissing in London leading her to tweet that she and Arun had “separated a few months ago”.

Their relationship quickly developed and in 2011 he proposed “on impulse” on a yacht in the Med.

The pair were engaged until 2013 when they cancelled their wedding.

Warne admitted in 2020 that he “still cares” about his ex-fiancee and was “sad” about the split. 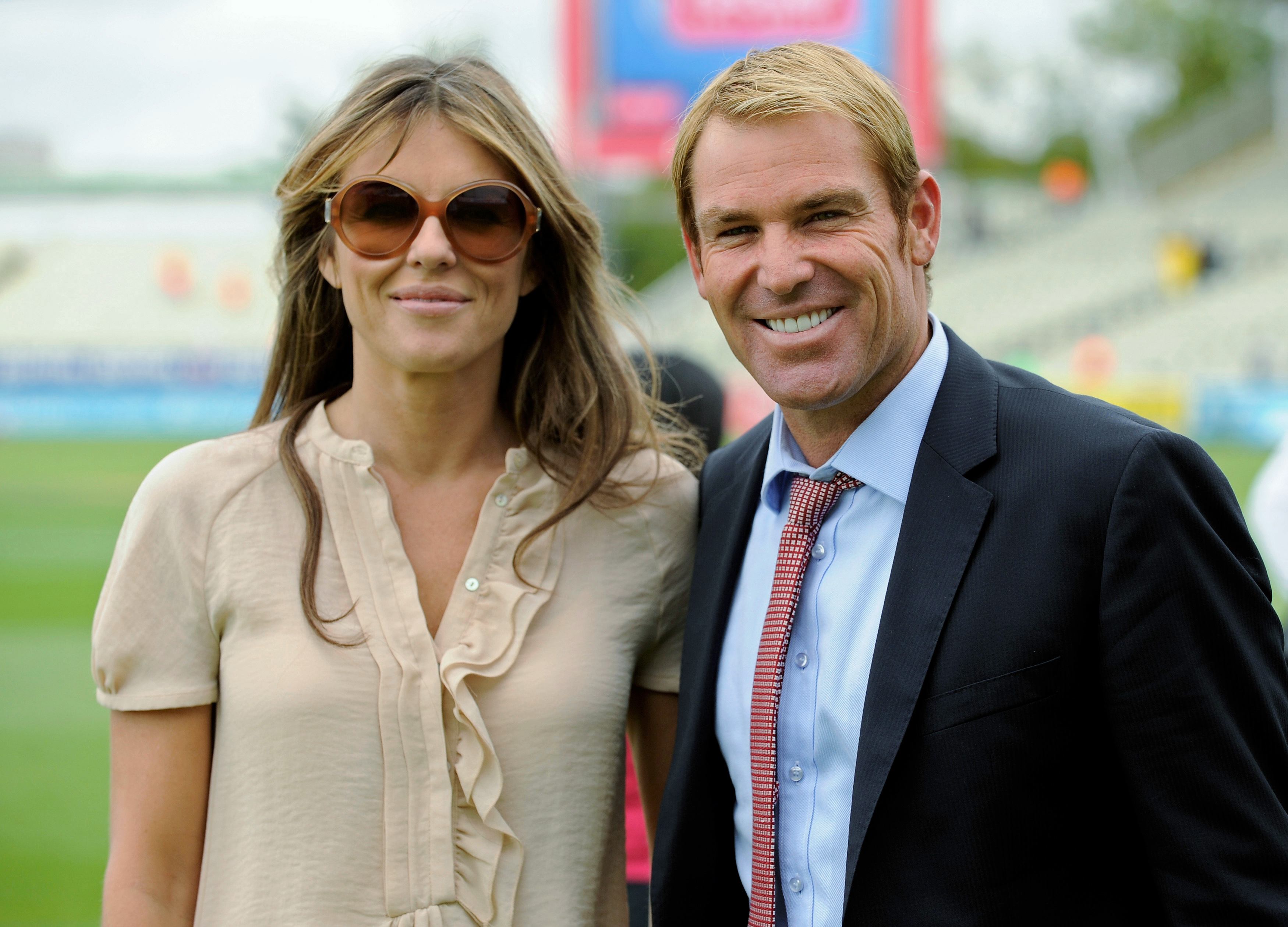 Liz Hurley and Shane Warne were engaged back in 2011 before calling it offCredit: Reuters

What happened between Shane Warne and Liz Hurley?

The couple, who were both previously married, split after three years together.

The cricketer claimed no one was to blame for the breakdown of the romance.

He said: “When we were together we both had a great time. Unfortunately it didn’t work out.

‘It wasn’t something that she or I did wrong, it just fizzled out.

“We’re still great friends, we still stay in touch, we’re good for each other and our kids get along great.”

🔵 Follow our Shane Warne blog for live updates on his death

Warne told The Times in 2015 that he “hit it off straightaway” with Liz, but it “t just didn’t pan out”.

Despite many break-ups being blamed on schedules he said: “It wasn’t just scheduling. When we first met, she was basically not doing anything. She was a farmer.

“And I had retired from international cricket. But then Elizabeth went back to work, shooting movies and TV series. I was playing cricket and poker.”

And Warne also had children to consider back in Australia.

He added: “So the reason we split up, it wasn’t just scheduling. It just shouldn’t be that hard.”

What did Warne say in response to Woman’s Day magazine’s article?

In August 2021, Woman’s Day Magazine, Australia, released an article suggesting that Warne was getting back with Hurley – even suggesting marriage.

Warne blasted the magazine for suggesting he had rekindled his relationship with Hurley.

The athlete took to Twitter to call out Woman’s Day writing: “For 30 years my children & I have had to put up with your lies & fabricated stories – well not anymore.

“You should not be allowed to just make things up. You are going to apologize to the Aust public for your continual lies & my family as this is an absolute disgrace – AGAIN!”

Did Shane Warne and Liz Hurley have any children together?

Warne and Hurley did not have any children together.

Warne has three kids – Brooke, Jackson and Summer – with his wife Simone Callahan, who he was married to from 1995 until 2005.

Hurley famously dated Hugh Grant in the 1990s, before going on to marry Arun Nayar.

CRICKET legend Shane Warne has tragically died suddenly at the age of 52 after a suspected heart attack.…
byBizLifetime
No comments

SHANE Warne had just finished an “extreme” 14-day liquid diet before he died of a suspected heart attack,…
byBizLifetime
No comments