CHARLES LECLERC has won the Australian Grand Prix to pick up his second victory in three races this year.

It was another impressive performance from the Frenchman with Ferrari untroubled from start to finish.

Charles Leclerc picked up his second win of the season in a comfortable race for the FrenchmanCredit: Getty 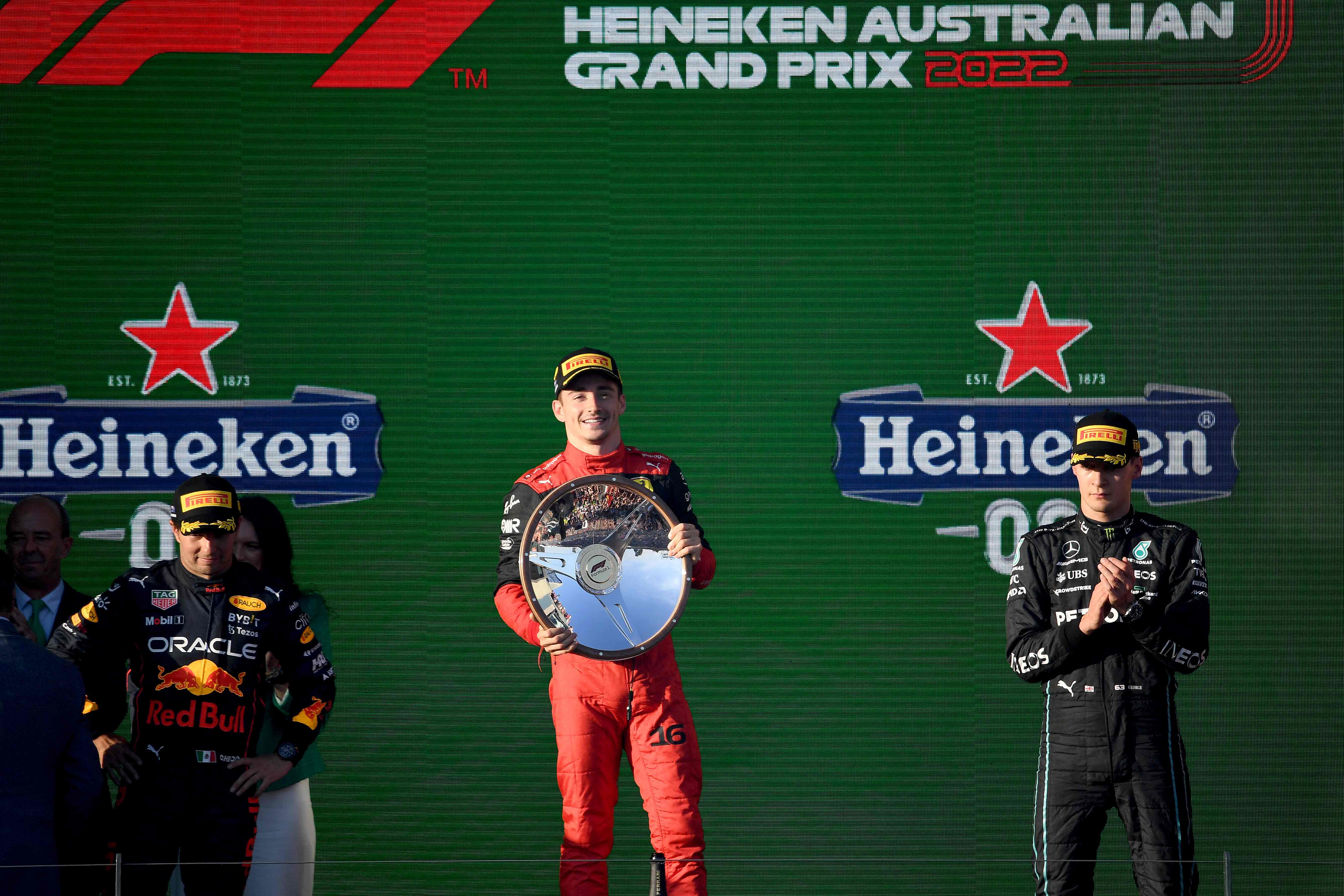 Leclerc stands on top of the podium in MelbouneCredit: AFP 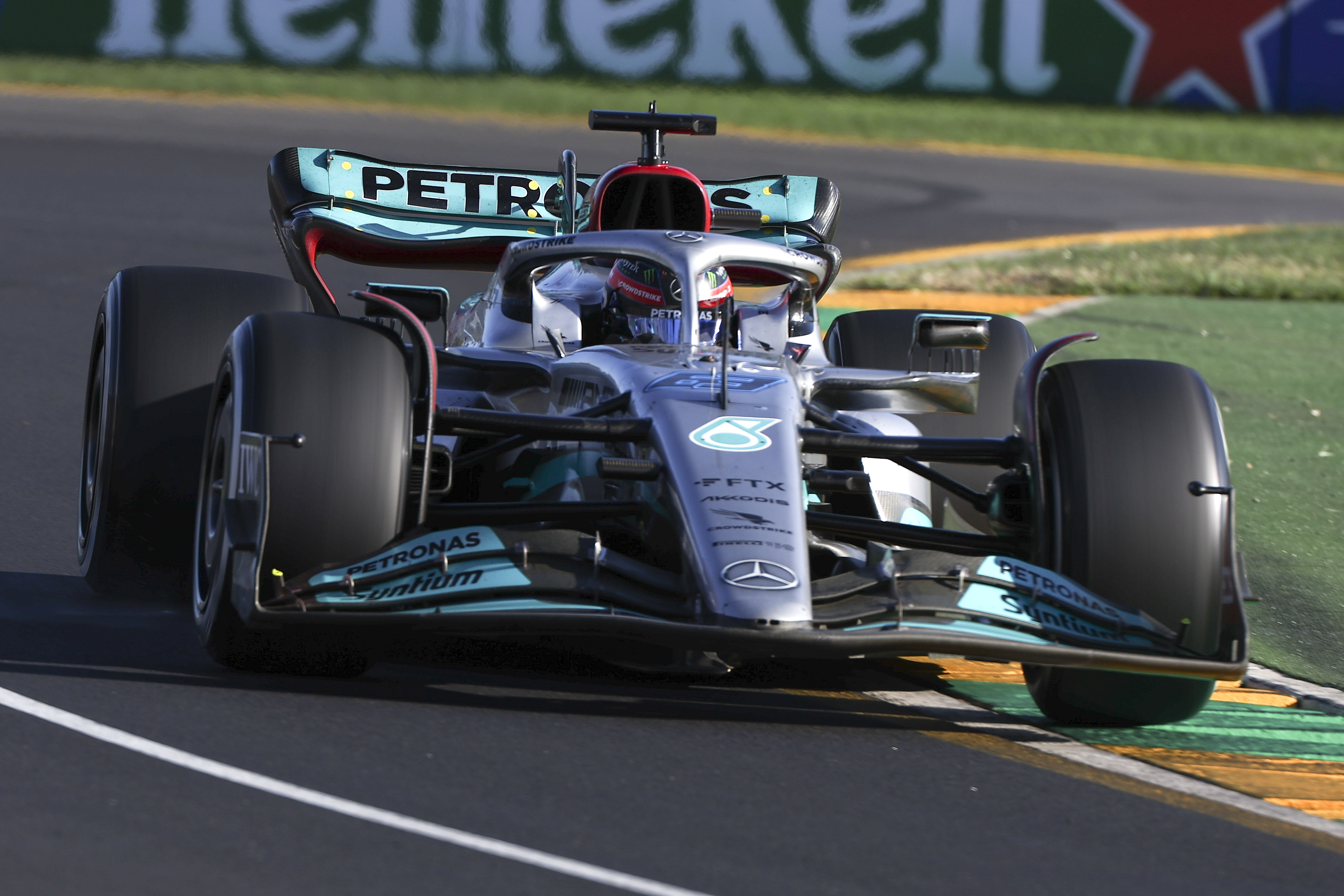 George Russell claimed his first podium of the seasonCredit: AP 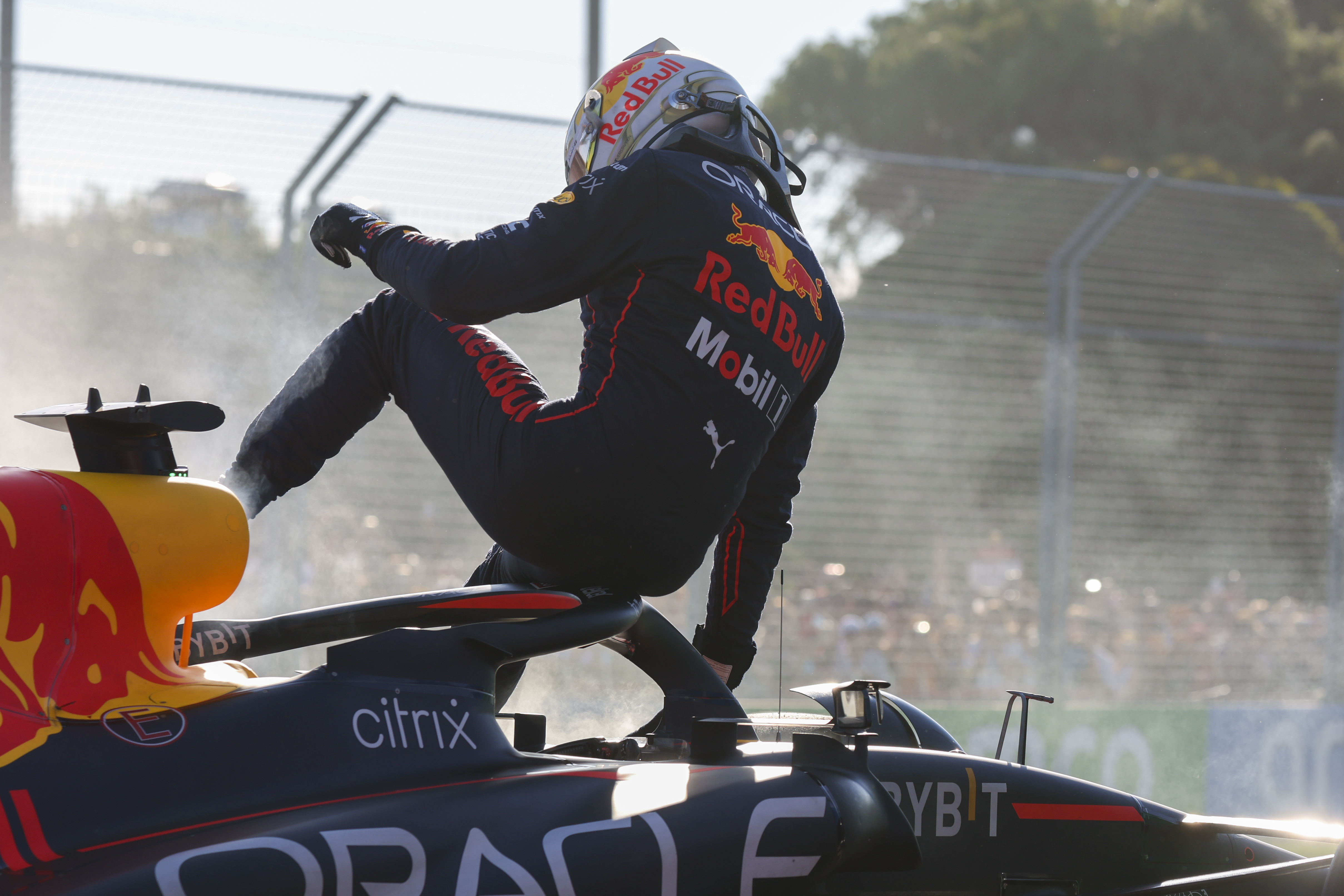 Two safety cars could not disrupt his flow, nor could Max Verstappen’s shock abandonment in lap 39.

Verstappen had trailed Leclerc throughout in second place but a problem with his engine forced his retirement.

Hamilton had got off to a dream start, gaining two places inside the first turn after overtaking Lando Norris and Sergio Perez into third place. 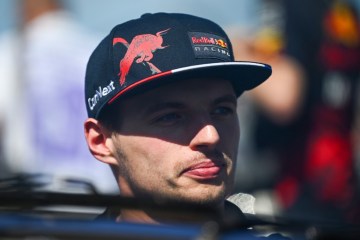 But the pace of Red Bull man Perez was too much and he overtook Hamilton in the tenth lap.

Perez lost position due to a safety car but had no problem overtaking Russell with Red Bull showing how strong their pace is down the straight.

Esteban Ocon finished in seventh with Valterri Bottas and Pierre Gasley next in line – with a surprise point for William’s Alexander Albon in tenth.

Elsewhere, Ferrari’s day of joy did have a sour note – Carlos Sainz crashed out in lap two.

The Spaniard had a nightmare weekend after qualifying ninth on the grid after a red flag prevented him from recording a faster time.

Sainz slipped into 14th inside the first few corners and in battling to regain position he lost control and veered off track before ending up in the dirt.

Leclerc said after his win: “It’s the first one where we controlled the gap – what a car today. 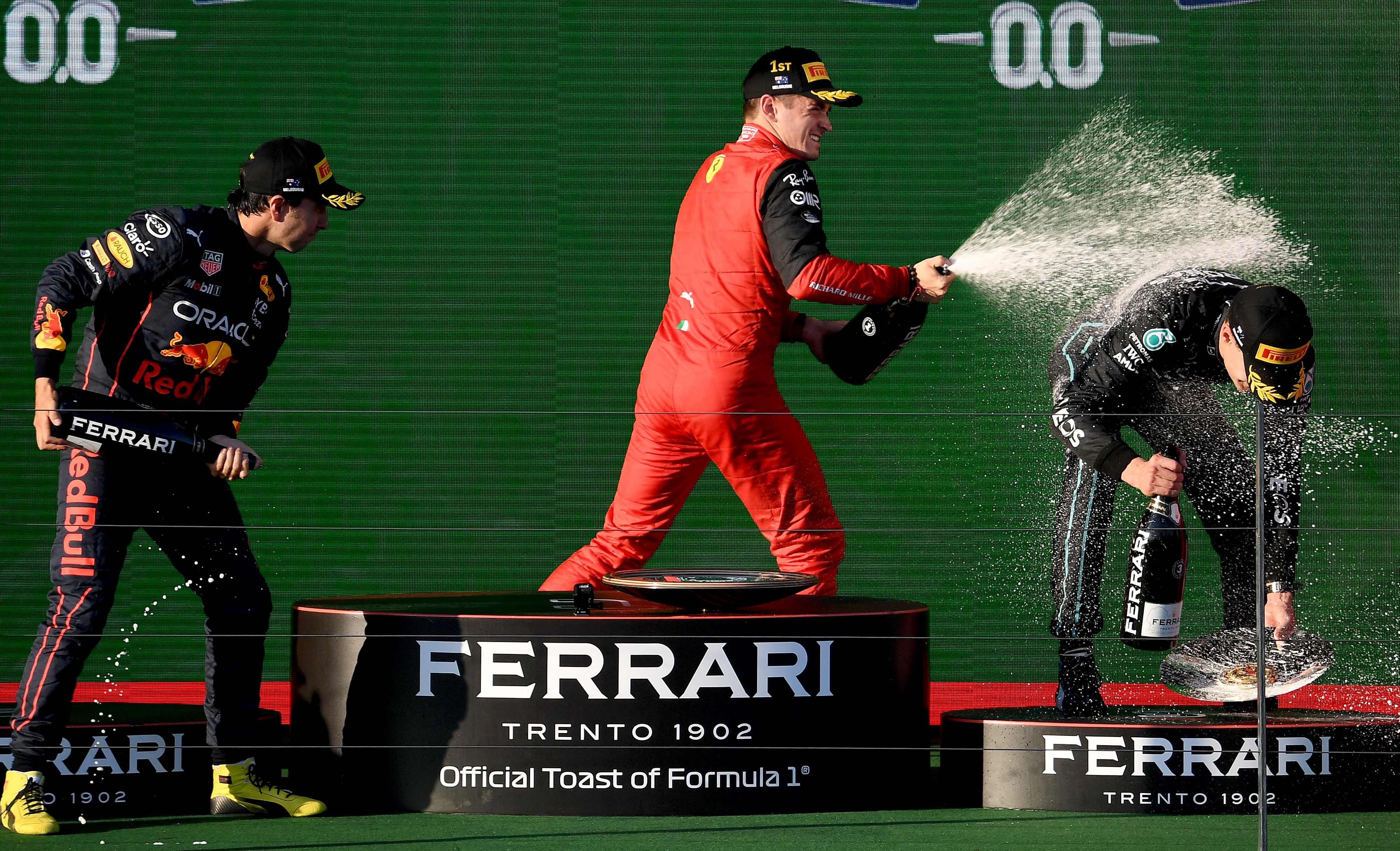 It was a day of celebration for Ferrari despite Carlos Sainz’s retirementCredit: AFP

“The race pace we were extremely strong, we managed the tyres extremely well. I’m just so happy. Incredible to win here.

“We are only at the third race so it’s difficult to think about the championship but to be honest we have a very strong car, a very reliable car.

“For now we have always been there so. I hope it continues like this and if it does then we probably have a chance for the championship which makes me smile after the last two years.”

After claiming his first podium of the season Russell said: “We’ve got to be in it to win it and capitalise from others’ misfortune.

“To be standing on the podium is special.

“We’re never going to give up we’re going to keep on fighting and this weekend we were a long way behind our rivals but still got a podium.

“We’ve got to keep this up when we’re on the back foot and I’m sure we’ll get there after a few races.”

Grand Prix schedule, testing, tracks and results with Italian Grand Prix up next