FORMULA ONE chiefs have given the Saudi Arabian Grand Prix the green light despite a rocket attack just SIX miles from the track.

An Aramco fuel depot was hit by a missile and engulfed in flames, sending thick black smoke pouring into the skies midway through practice here in Jeddah.

Smoke was visible from the track in Jeddah after the attack 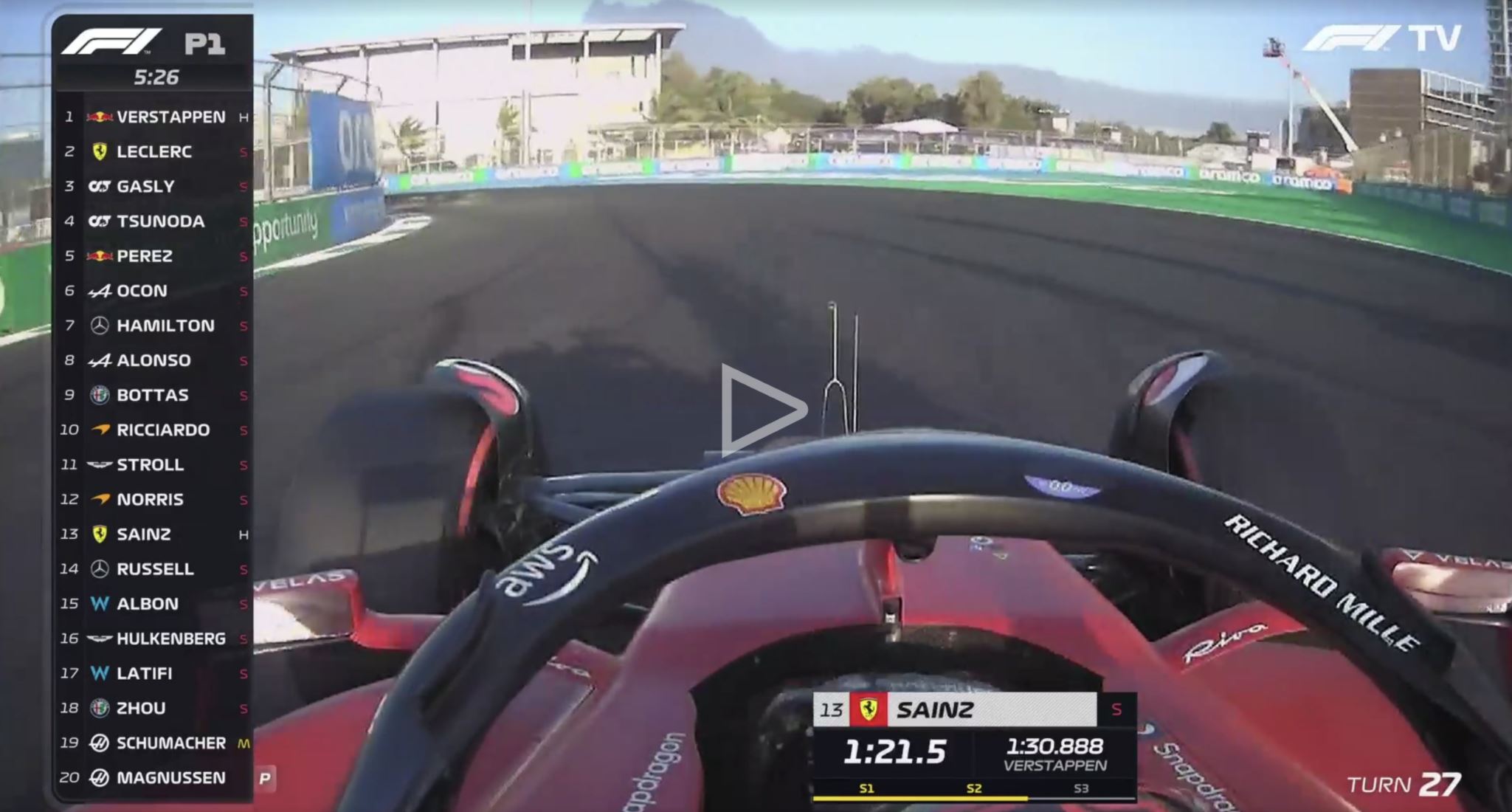 Smoke was clearly visible from Carlos Sainz’s dashcam during practice 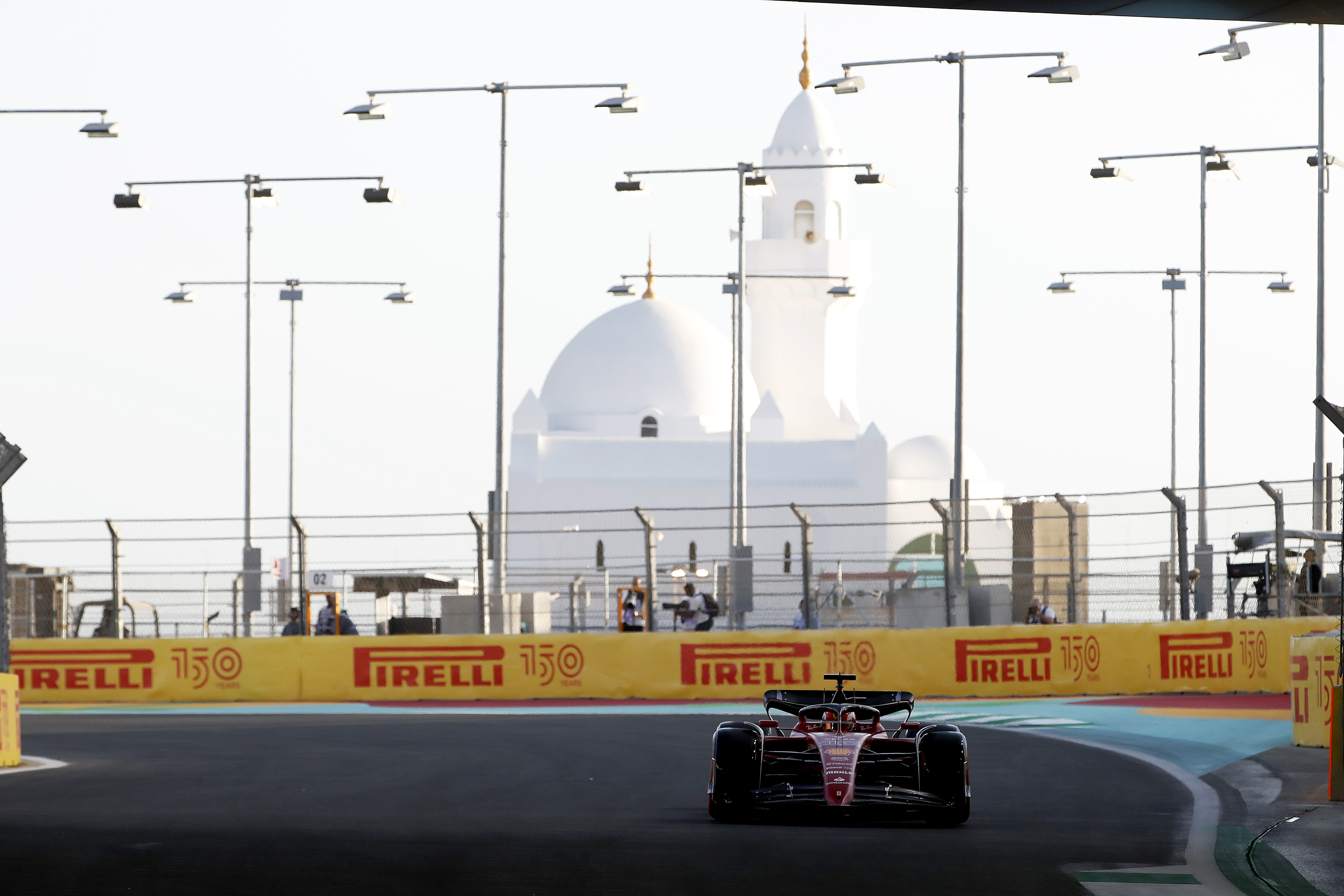 Flights out of the airport that sits next to the site were immediately suspended while incoming planes were diverted.

Last night, team bosses were locked in talks over the security risk but the message from the organisers was clear – the race goes ahead as planned.

A statement from the Saudi Motorsport Company who promote the event said: “We are aware of the attack on the Aramco distribution station in Jeddah earlier this afternoon.

“The race organisers remain in direct contact with the Saudi security authorities, as well as F1 and the FIA to ensure all necessary security and safety measures continue to be  implemented to guarantee the safety of all visitors to the Formula One stc Saudi Arabian Grand Prix as well as all drivers, teams and stakeholders. 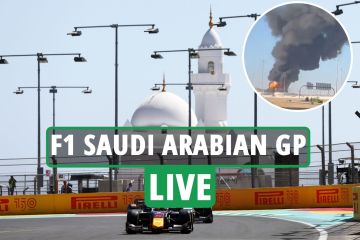 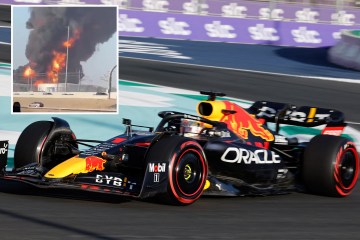 “The race weekend schedule will continue as planned.

“The safety and security of all our guests continues to be our main priority and we look forward to welcoming fans for a weekend of premium racing and entertainment.”

The rebel attack happened around 5:15pm with the black clouds seen in the distance with Red Bull’s Max Verstappen claiming to smell the smoke, incorrectly thinking his engine was on fire.

Race stewards issued a memo to teams, somewhat worryingly saying “in the interests of the safety”, that the practice would be delayed 15 minutes.

It came as a spokesperson claiming to represent the Yemeni Armed Forces took responsibility for the attack, along with other incidents in Saudi Arabia. 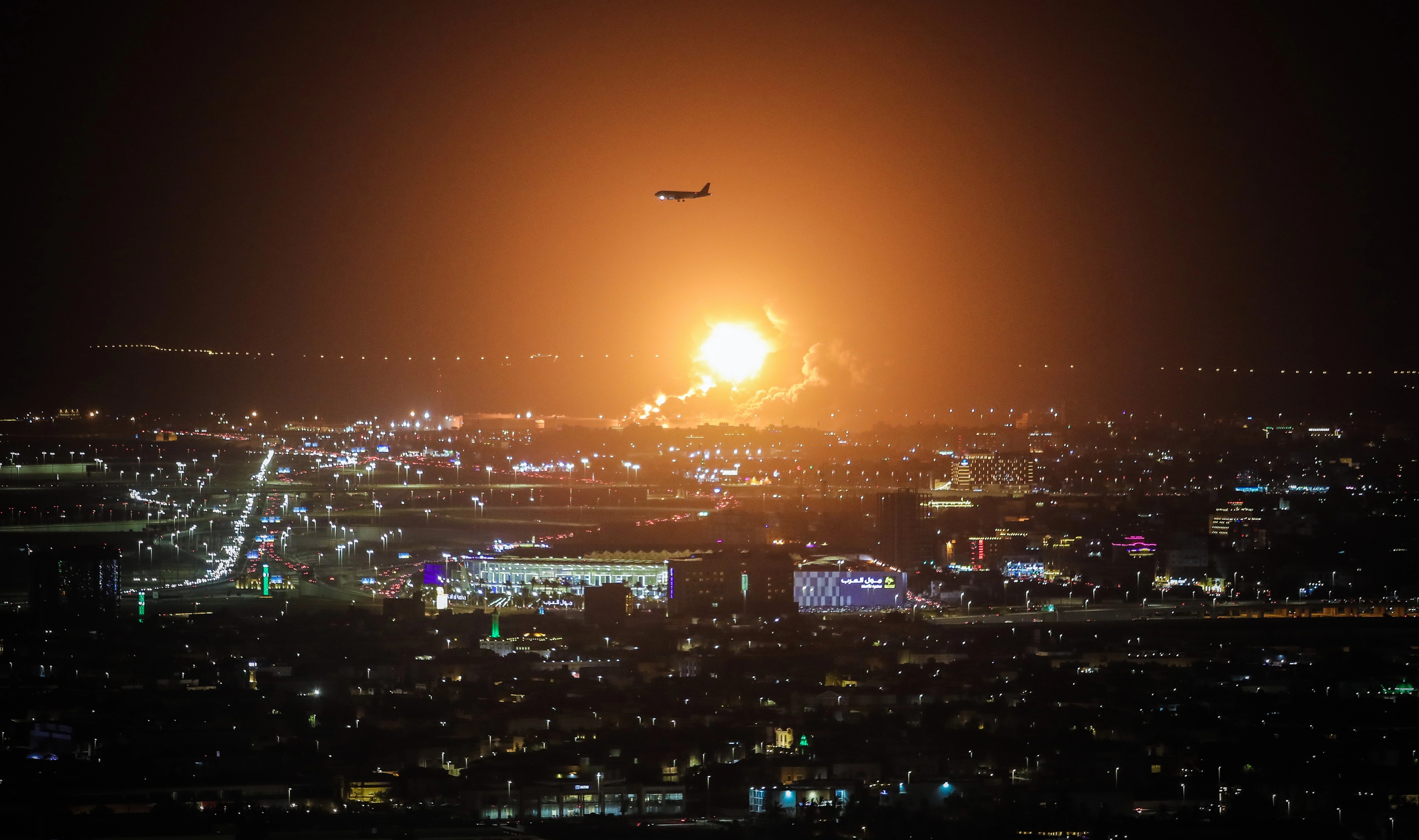 Race chiefs insist the rocket attack will have ‘no bearing’ on Sunday’s GPCredit: Getty

He claimed on Twitter the attacks were carried out “With batches of ballistic and winged missiles and the unmanned air force.

“Targeting Aramco facilities in Jeddah and vital facilities in the capital of the Saudi enemy, Riyadh, with a batch of winged missiles targeting the Ras Tanura Refinery and Rabigh Oil Refinery by a large number of drones.”

In a worrying development, Houthi military spokesman Yahya Sarea had said earlier on Friday in a Twitter post that he would be announcing details on a wide operation “deep” in Saudi Arabia.

However, race organisers responded to SunSport’s request with a statement saying: “This incident has no bearing on the race weekend. 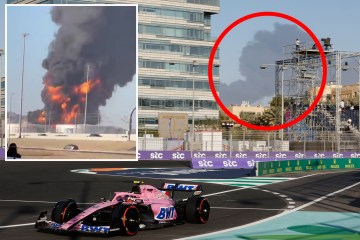 “As always, the safety and security of our guests remains our top priority.

“We are in constant contact with the relevant authorities and all necessary measures have been taken to ensure the safety of all visitors to the Formula One stc Saudi Arabian Grand Prix as well as participating personnel, staff and media.”

FORMER F1 boss Jean Todt has opened up on his close friendship with Michael Schumacher, as one of…
byBizLifetime
No comments

LEWIS HAMILTON posed for photos with Michael Jordan, David Beckham and Tom Brady as a host of celebrities…
byBizLifetime
No comments