PIERRE GASLY was forced to abandon his car after it set on fire towards the end of the Bahrain Grand Prix.

The incident occurred when the French racer’s AlphaTauri vehicle was forced out of the F1 season-opening race on lap 45 after a crash.

Pierre Gasly was forced to abandon car at side of track in the Bahrain Grand PrixCredit: AFP 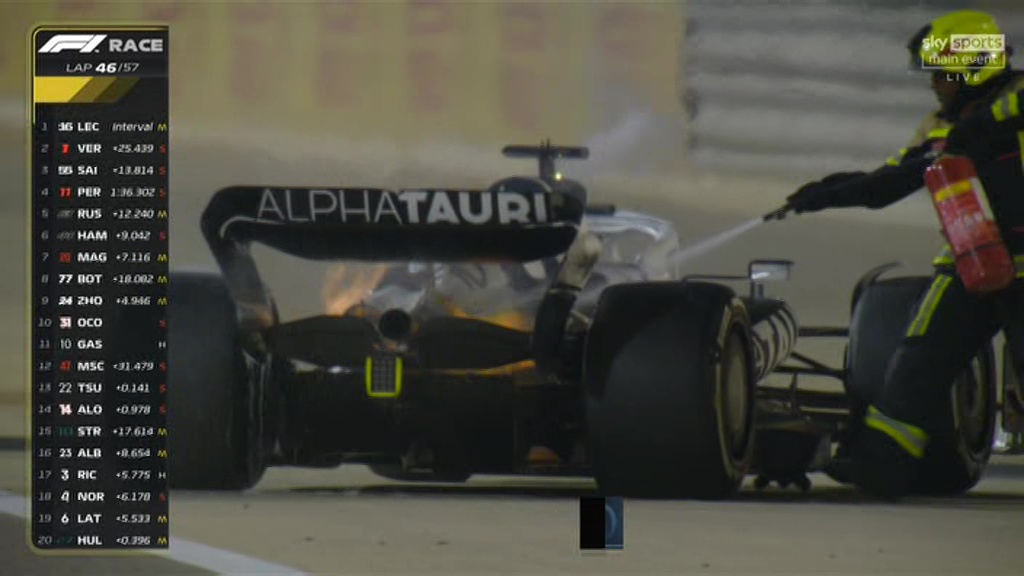 Stewards quickly raced over to put out the flames after it caught fireCredit: Twitter

Fortunately for Gasly he was OK enough to get out and run from the vehicle before it went up in flames.

Marshalls raced over to put out the fire as the safety car was called out on to the track.

The action soon restarted in the Middle East as Charles Leclerc eventually won a close battle with Red Bull’s Max Verstappen to take victory in a dramatic climax.

Leclerc and Verstappen endured a wheel-to-wheel dice after their first pits for several laps and swapped places five times before Leclerc moved ahead. 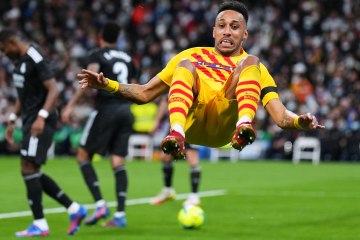 Reliability problems then forced Verstappen into retirement and promoted Carlos Sainz to second.

And then another Red Bull driver, Sergio Perez, suffered engine failure at the first corner of the last lap to allow Lewis Hamilton to take the final podium place for Mercedes.

Gasly had set the pace in first practice for Bahrain ahead of the new campaign.

But he only managed to finish in tenth during qualifying for the showpiece.

And it is not the first time that the driver has seen his car go up in the flames.

Back in October 2020 his second practice session ahead of the Portuguese Grand Prix was brought to a sudden halt when his AlphaTauri motor caught fire while he was out on track.

Halfway into the Free Practice 2, Gasly began to slow going through Turn 13 before pulling over.

Flames soon started to appear out of the rear of his AT01 as the star called the marshals over to extinguish the fire.

Table of Contents Hide What Time is the F1 Saudi Arabian Grand Prix?What TV channel is the F1…
byBizLifetime
No comments