ARSENAL need to cut their losses on Nuno Tavares and sign a new left-back this summer to cover and compete with Kieran Tierney.

The Portugal U21 ace joined the Gunners in the summer of 2021 for £8million but has failed to impress.

Tavares failed to impress at the London StadiumCredit: REX FEATURES

Most of Tavares’ minutes have come in the absence of starting left-back Tierney.

The Scotland international has missed 13 games so far this season with separate ankle and knee injuries, and he is set to miss the remainder of this season.

Tavares was dragged off in the first half in the FA Cup loss to Nottingham Forest and he has proven particularly unreliable in the defensive department.

His poor lack of defensive awareness saw him arguably be at fault for two of the goals in the 3-0 loss to Crystal Palace, where he was hooked off at half-time. 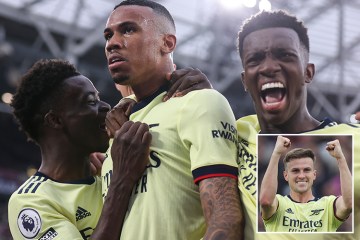 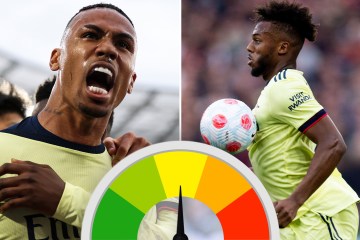 Tavares was even dropped and midfielder Granit Xhaka was instructed to play in defence in the loss to Brighton.

And at the London Stadium against Moyes’ Europa League semi-finalists West Ham, it was more of same in the 2-1 win.

The Czech had lots of joy and picked up an assist for Jarrod Bowen’s equaliser.

Going forward, Tavares at time could look electric – but his final ball ultimately let him down.

Luckily for Tavares, he’s just 22-years-old and has time on his side to work on the defensive side of his game.

But does boss Mikel Arteta have time to wait with Arsenal’s potential return to the Champions League coming next year?

Arteta needs a reliable, solid left-back who can step in or compete with Tierney to sustain Arsenal’s push up the Premier League table.

There’s plenty of talent both at home and abroad who could fit Arteta’s model.

PEP GUARDIOLA has some agonising decisions to make over his ‘legends’ this summer. The Manchester City boss was…
byBizLifetime
No comments

THIS is the incredible moment Cadiz star Conan Ledesma charged across the pitch carrying a defibrillator. That’s after…
byBizLifetime
No comments

TOTTENHAM are looking to appoint a No2 to managing director of football Fabio Paratici. Transfer supremo Paratici, 49,…
byBizLifetime
No comments