The physical centre-backs were too big and too strong for the Hammers‘ back four made up of three full-backs. 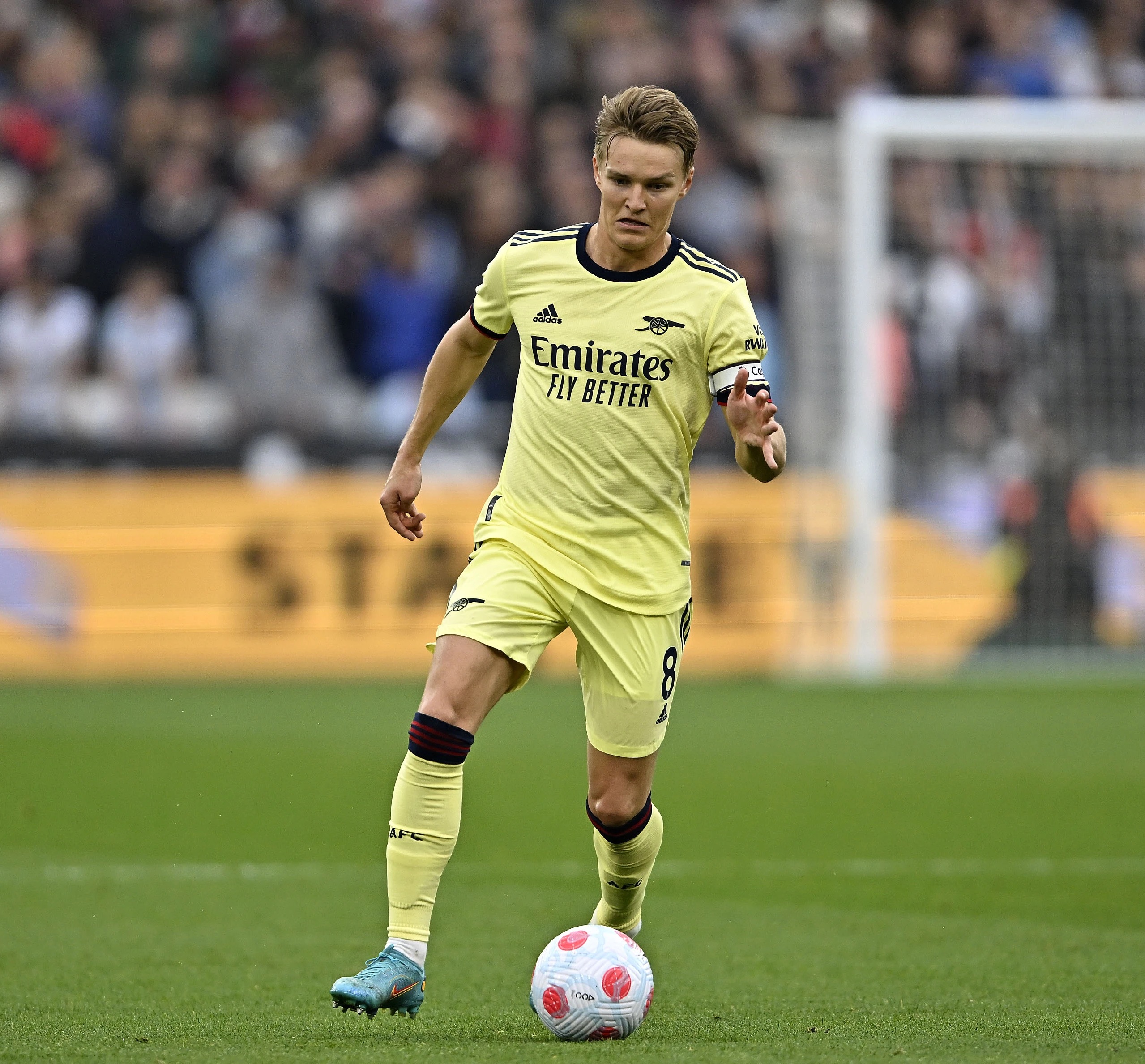 Kurt Zouma and Declan Rice were the only West Ham players offering some kind of height when defending corners.

Holding opened the scoring, wrestling free of Manuel Lanzini and heading into the far corner.

Jarrod Bowen got the Hammers level just before half-time with a well-taken strike.

Gabriel restored the lead in the second half, heading in at the back post unmarked.

It wasn’t a perfect display by Mikel Arteta‘s men and at times, loose touches and passes put the backline under pressure.

Martin Odegaard and Bukayo Saka, in particular, had quiet afternoons for the Gunners.

West Ham’s Declan Rice did a good job at keeping Odegaard in his sight.

The goalkeeper didn’t really have much to do.

Was lucky to avoid punishment in the second half as he came out for a 50-50 with Bowen.

The West Ham winger pulled out of Ramsdale’s high challenge and picked up a caution for “simulation.”

A solid return by Takehiro Tomiyasu.

Said Benrahma made the right-back work hard with his quick feet.

Holding got the opener and was too big for marker Lanzini from a corner.

Odd decision by West Ham to put the smallest man on the pitch on the centre-back.

Gabriel got Arsenal’s second of the afternoon with a well placed header at the back post.

His goal fires Arsenal back into the top four.

Often lacked concentration, losing the ball with loose touches and was caught out of position.

Looked good going forward at times but his final ball let him down.

But the Gunners came out with the win which is the most important thing.

He is out of contract this summer. Is he worth another year?

Odegaard had a quiet afternoon and he was marshalled well by Rice.

Had some good moments with some clever passes.

Gabriel Martinelli was up against Vladimir Coufal this afternoon.

The Brazilian struggled, unlike last time out at the Emirates where he ran riot.

Bukayo Saka wasn’t as influential as he’d undoubtedly hoped to be.

Eddie Nketiah did a brilliant job up against West Ham’s back four.

His neat touches and running into the channels caused Kurt Zouma and Aaron Cresswell all sorts of trouble.

Didn’t put a foot wrong when he came on.

Had very little time to make an impact.

Like Smith Rowe, had little time to make his mark.

HECTOR BELLERIN has arrived back at Barcelona following his transfer from Arsenal. The Spain international completed a free…
byBizLifetime
No comments