GARETH BALE has welcomed Wayne Hennessey into the 100-cap club and declared his love for the Wales goalkeeper.

The Burnley stopper will join great Home Nations keepers Peter Shilton and Pat Jennings by notching up a century of appearances against Czech Republic on Tuesday.

Hennessey also becomes the third Welshman to hit a ton of caps for his country behind Chris Gunter and close pal Bale when he leads out his team-mates in the Cardiff friendly.

Wales captain Bale said: “What an amazing and incredible achievement for a goalkeeper to get 100 caps!

“Wayne probably doesn’t get the recognition but I guess as a keeper if people aren’t talking about you that’s a great thing because you haven’t made many mistakes. What a goalkeeper.

“He’s so under-estimated and underrated. People also forget that he has the all-time clean sheet record as well. 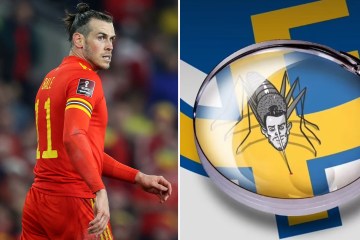 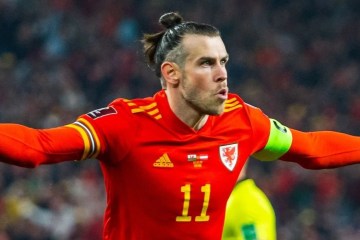 “An incredible achievement and it’s going to be a great night on Tuesday.

“We have been great friends since our early days and it has grown into a bromance. We are inseparable when we come away. I can’t wait to celebrate his 100th cap with him.”

Only two Home Nations goalkeepers have hit a century of matches, England great Shilton remains No1 for international caps on 125 with Jennings of Northern Ireland six behind him.

The ex-Republic of Ireland keeper Shay Given also won 100 caps when the former Newcastle ace ended his career on 134 appearances.

Hennessey has kept a decent haul of 41 clean sheets in the 99 outings since he made his Wales debut against New Zealand in May 2007 at Wrexham’s Racecourse Ground.

The 6ft 6ins keeper, who also played for Wolves and Crystal Palace in the Premier League, was the Dragons’ No1 for more than a decade, including their glorious run to the Euro 2016 semi-finals.

But a thigh injury sustained in Bulgaria in October 2020 saw Hennessey lose his spot to Danny Ward for the Euro finals last summer, although the Leicester keeper is injured after knee surgery which has opened the door again for the 35-year-old.

And Bale, who reached his own century against Belarus last November, has urged the Red Wall to come and support Hennessey on his big night.

Bale added: “Hopefully all the fans come out and support him and show their appreciation because he has really been a rock in this team.

“He’s been a massive part of our success from the start until now.

“It’s been a pleasure to play with him and be a friend of his. He’s one of the nicest people you will ever meet, so humble and down-to-earth. I’m just proud of him as a friend as well.”

The Real Madrid superstar said: “There’s three reasons to come. One, to support Wales, two, to support Wayne’s 100th cap which will be an amazing night in itself and three, the appeal for Ukraine.

“It’s such an amazing thing that the FAW have done. Hopefully more fans come because the more that do the more we can raise.

“And hopefully we can get a good result on top of that.”

JAMIE CARRAGHER almost jumped out of his skin after being spooked by a police horse live on camera.…
byBizLifetime
No comments

HECTOR BELLERIN was left in tears after playing the final game in his Real Betis loan. The right-back…
byBizLifetime
No comments