SERIE A in the 90s was home to some of football’s biggest EVER legends.

From AC Milan icon Paolo Maldini to Ronaldo tearing opponents apart for Inter, Italy’s top division once boasted some of the biggest names in world football.

Ronaldo was one of the Serie A’s biggest attractions during the 90sCredit: GETTY IMAGES 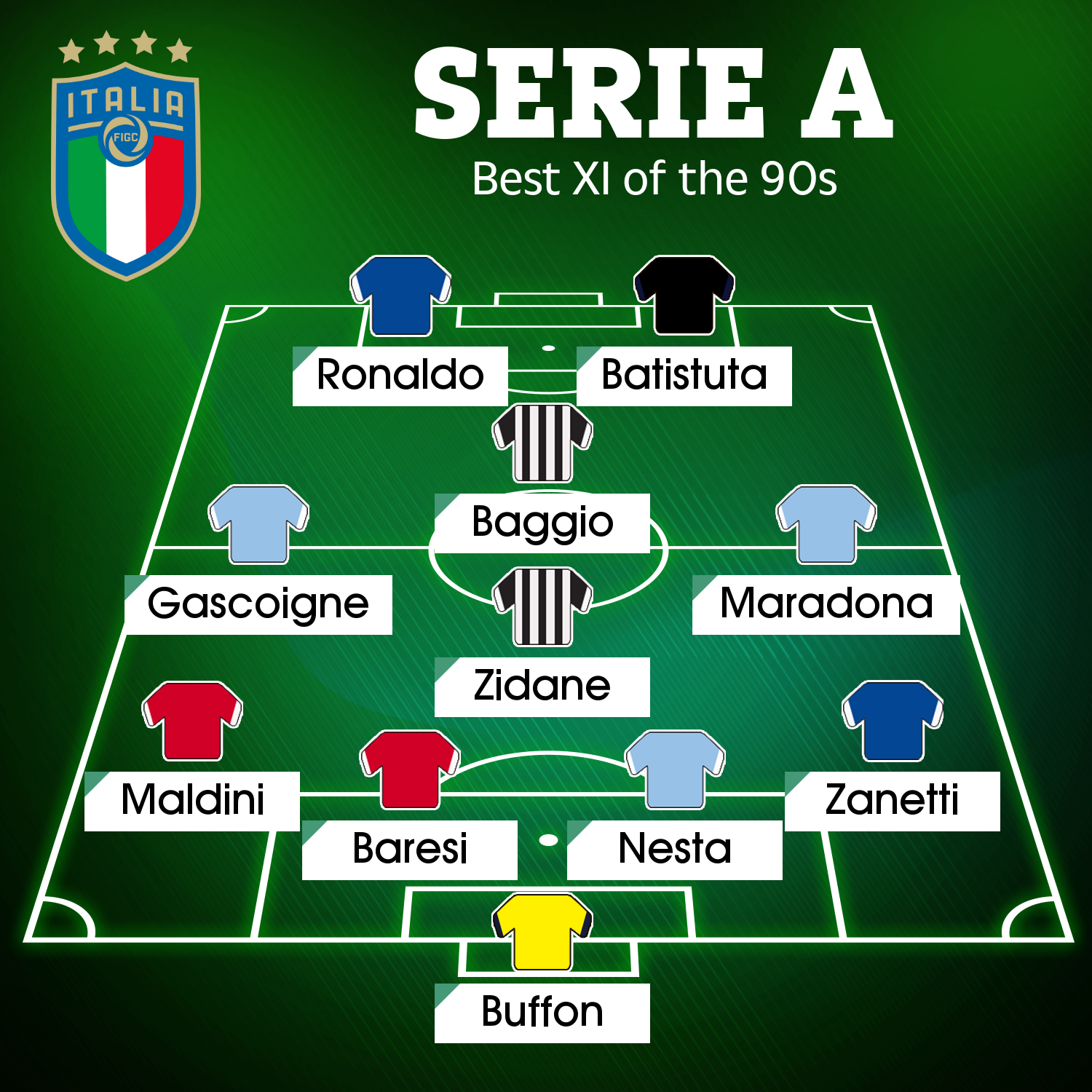 The likes of Paolo Maldini, Zinedine Zidane and Ronaldo make the best Serie A XI of the 90s

The likes of France and Italy legends Zinedine Zidane and Alessandro Del Piero were at the peak of their powers and courting interest from the Real Madrid and Manchester United.

The late, great and iconic Diego Maradona – who is regarded by many to be the best footballer of all time – was still knocking around at his beloved Napoli.

Gabriel Batistuta was also part of Serie A’s golden decade, banging in the goals for Fiorentina.

And who could forget, England’s very own Paul Gascoigne – who spent three seasons with Lazio before joining Rangers. 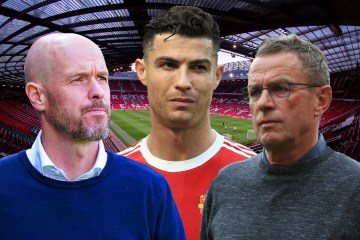 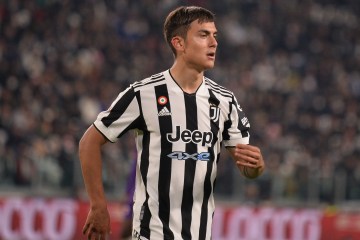 Gazza rounds out SunSport’s best Serie A XI of the 90s – but how does it compare against the Premier League’s best players today?

And the Portuguese superstar is backed up by the likes of Mohamed Salah, Virgil van Dijk and Kevin de Bruyne.

Manchester City feature heavily in the defence, with Ederson behind stars Ruben Dias and Joao Cancelo. 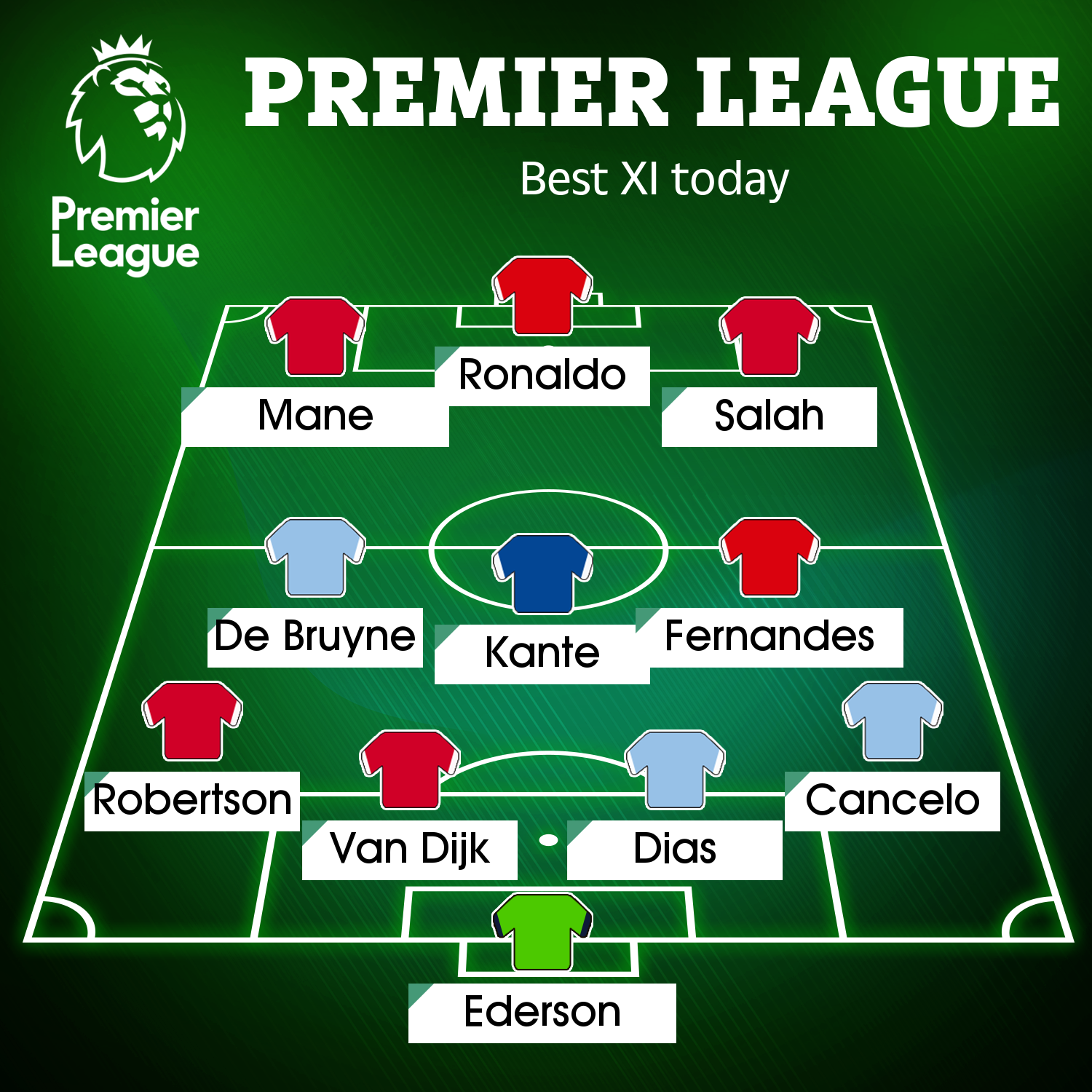 Over the last 20 years, the Premier League has become the most-watched league in the world.

But legendary defender Fabio Cannavaro – who misses out on the best Serie A XI – reckons it pales in comparison to its Italian counterpart.

The former Juventus and Inter defender told SunSport: “That Serie A was better. Every team was blessed with top players and there were seven or eight teams who boasted the world’s best footballers.

“Even when you faced small clubs, you came up against players who represented their national teams.

“I have seen some interesting games in England, but it’s a type of football which has the potential to grow even more.

“Some Prem clubs have elite players and great managers — but in terms of quality players, that Serie A was still superior.”

Although the Prem has grown in stature over the decades and is now home to many of football’s biggest stars, Cannavaro thinks they’d struggle to get the best of him in his prime.

He continued: “Son and Kane are very, very strong. The Korean is the one who impressed me the most.

“Aubameyang is also a terrific player, like Ronaldo. But I wouldn’t have feared them.

“Against prime Cannavaro, it would have been tough for anyone.” 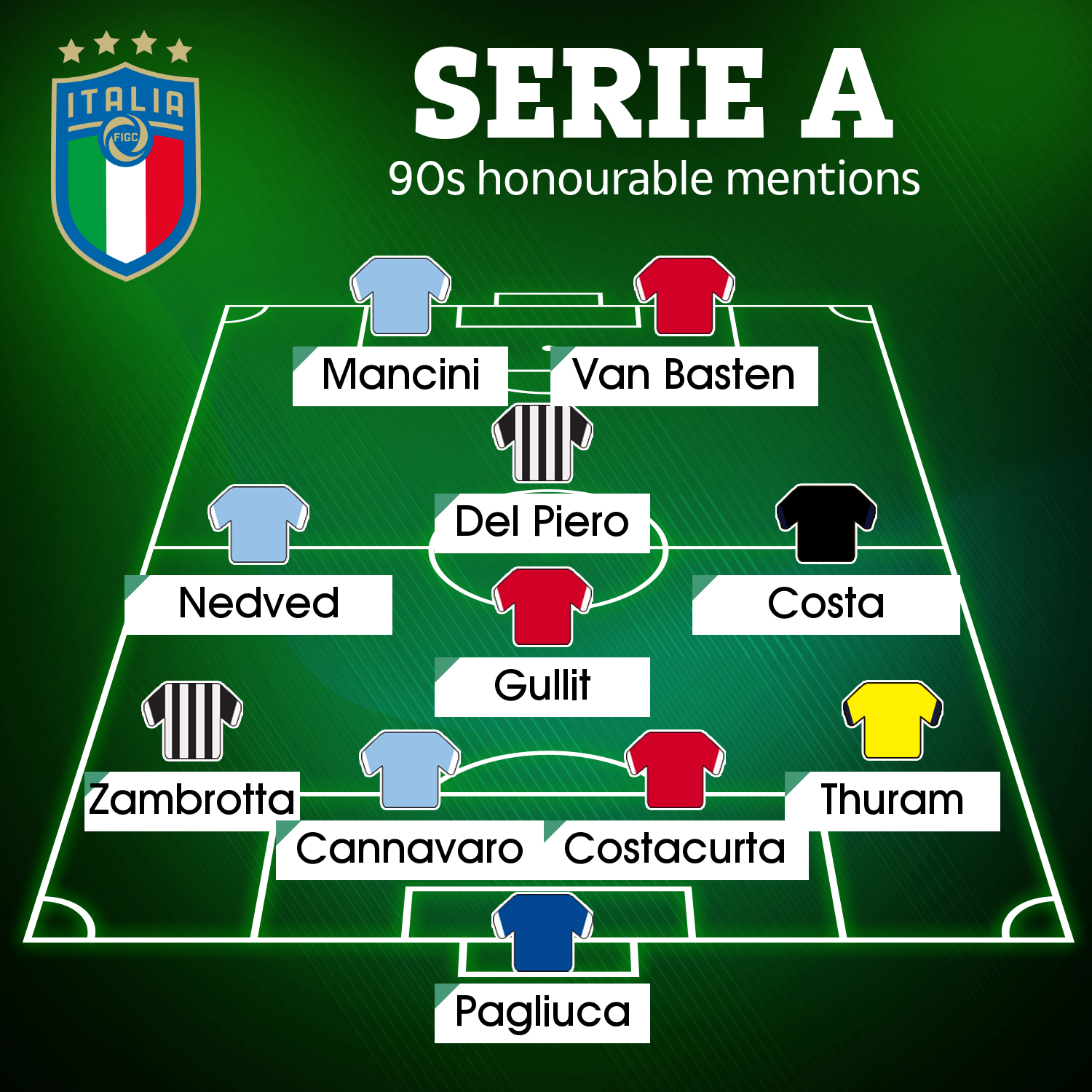 Serie A was so stacked during the 90s that you could make a completely new XI full of players.

In midfield, you can find Dutch legend Ruud Gullit, with Alessandro Del Piero in front of him, Pavel Nedved to his left and Rui Costa to his right.

In defence, Cannavaro makes the team, and he’s partnered in the centre of defence by AC Milan legend Alessandro Costacurta.

Lillian Thuram and Gianluca Zambrotta man the wide areas of the defence.

And Gianluca Pagliuca is the shot-stopper.

Arthur Melo completes loan transfer to Liverpool from Juventus.. and could be thrown straight into Merseyside derby

ARTHUR MELO could be thrown straight into Saturday’s Merseyside derby after his shock arrival at Anfield. The Brazilian…
byBizLifetime
No comments

CESAR AZPILICUETA angrily confronted a Chelsea fan in the stands after the 4-2 defeat to Arsenal. Captain Azpilicueta…
byBizLifetime
No comments