MANCHESTER CITY fans gave their team a hero’s welcome at the Etihad ahead of the crunch clash with Liverpool.

Thousands of fans lined the road leading up to the stadium and set off dozens of blue flares to create a partisan atmosphere.

Manchester City fans let off flares outside the Etihad ahead of kick-offCredit: Getty 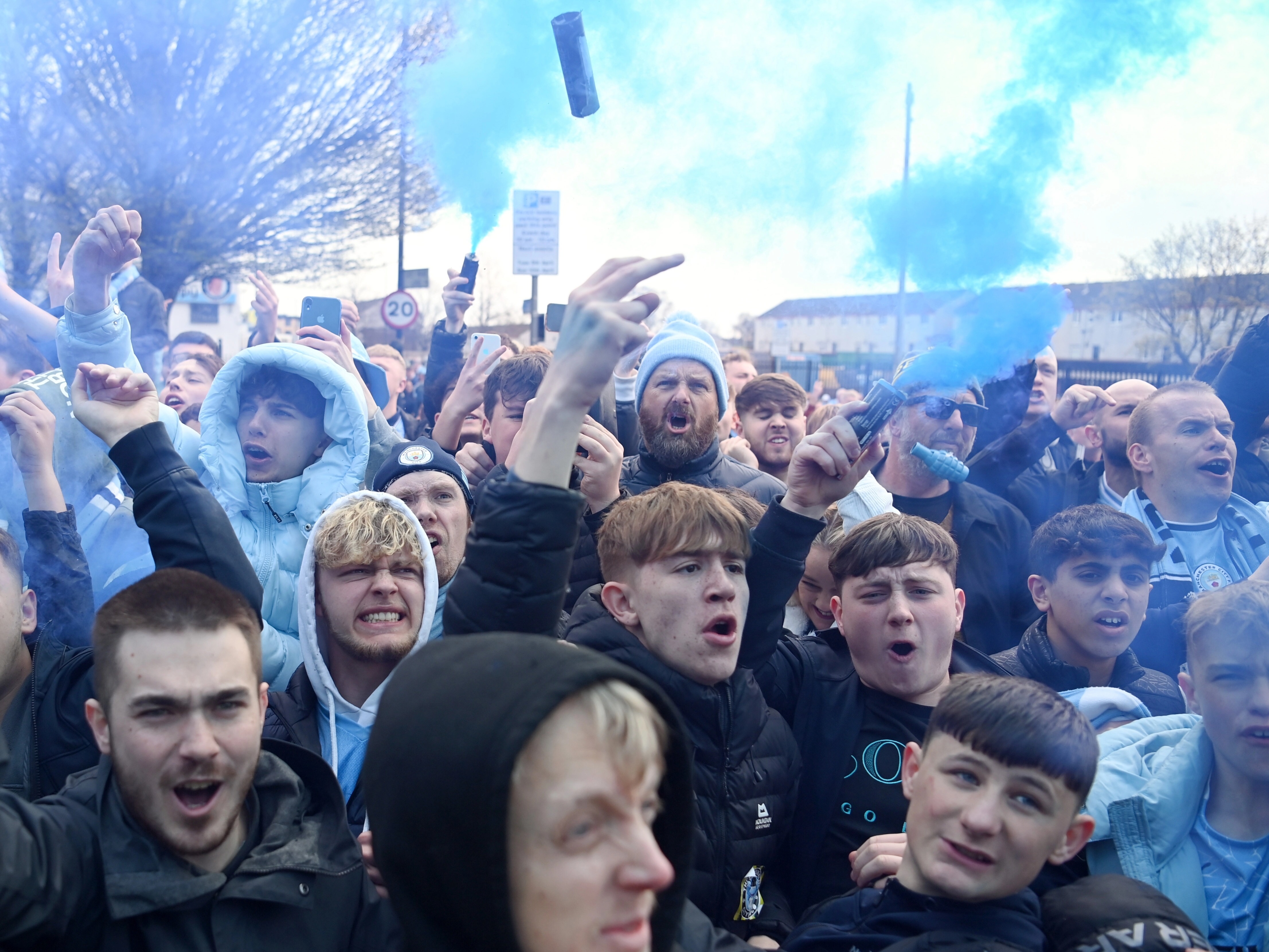 The home supporters wanted to play their part to encourage their heroesCredit: Getty 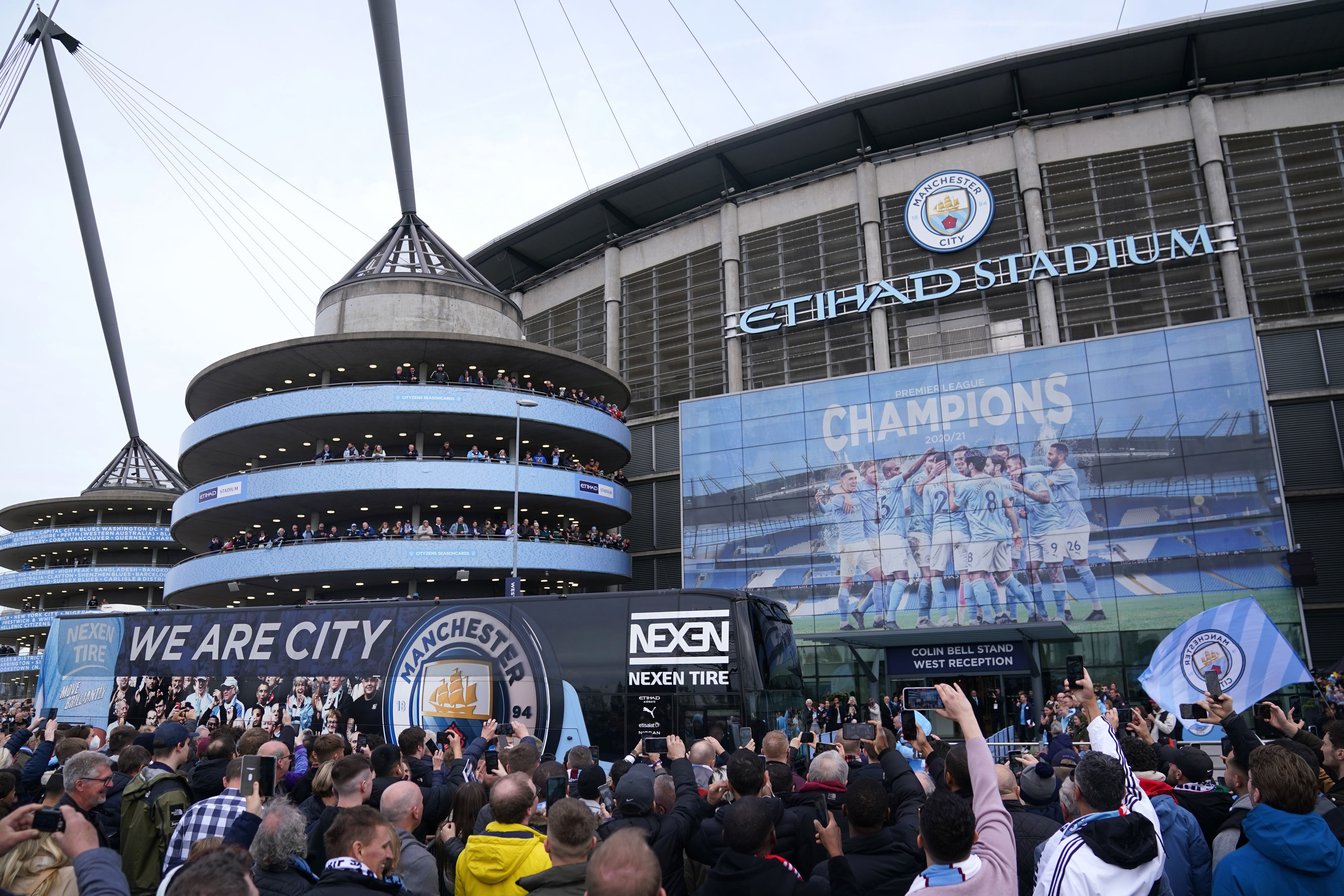 The team bus was greeted at the stadium by thousands of City fansCredit: PA

And the home supporters railed off a series of City chants as they prepared to roar their team on.

City’s bus then drove past the large group through the blue smoke, cue massive cheers.

The Citizens’ bus was famously attacked by Liverpool supporters outside Anfield in 2018 before their Champions League tie.

But there did not appear to be the same violence today despite the huge stakes. 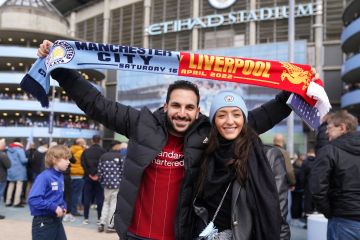 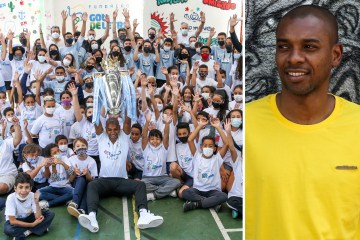 The Premier League showdown may well help determine where the trophy ends up at the end of May.

Reigning champs City go into the game one point clear of rivals Liverpool at the top of the table.

But they know defeat to Jurgen Klopp’s side would hand the advantage over to the 2019-20 winners.

The two teams have dominated English football in recent seasons.

But they are only separated by just ONE point across the last four campaigns combined – with City on 338 to Liverpool’s 337 going into today’s match.

Speaking ahead of kick-off, Pep Guardiola said: “Our closest rival in the table right now. Seven left after this fixture, there are 21 points to play and difficult ones for both sides.

“Today, nobody will be the champion.

“They defend differently to teams around the world. I have to adjust something but we have in the past. The quality of the players they have, we have to do something.”

His opposite number in the dugouts, Jurgen Klopp, added: “Good. All prepared, all set. Let’s go. That is it.

“We are here to win a football game. It is difficult because the opponent are really good.

“Both teams will have to defend and have possession. Usually City a bit more than us.

“There is nothing new. It is just pushing through your idea and trying to get on top of the game.”

KYLIAN MBAPPE is on the verge of agreeing a new two-year contract with Paris Saint-Germain worth £820,000-a-week, according…
byBizLifetime
No comments