MASKED raiders burst into a Manchester United star’s home and held him at knifepoint as they stole possessions worth thousands of pounds.

Three balaclava-clad men broke in at 3am while Tahith Chong, 22, was asleep — before holding blades to his throat.

The robbers demanded that he hand over items including jewellery, watches and women’s designer bags.

The brazen intruders even mocked winger Chong over his poor security as they carried out the raid.

Rising star Chong has emerged as the latest top footballer to fall victim to gangs targeting wealthy players in the North West.

It is the fifth break-in at a United or City star’s home in an area south of Manchester since Christmas. 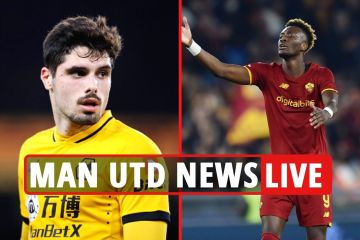 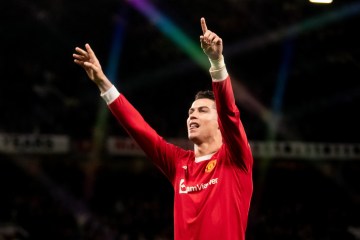 Last night, a source said of Chong: “It was an awful experience for him.

“He was woken to the sight of three armed men in balaclavas holding knives to his throat.

“They also shone torches in his eyes and ordered him to get up and give them items, including watches.

“They knew who the player was and were calling him by his name.

“And they even told him that he really needed to improve his security or risked it happening again.

“The gang were professional and seemed like they had done it before, possibly to other players.”

Police were called afterwards and are said to have warned the player the intruders might have monitored his social media for signs of wealth.

Dutch Under-21 international Chong has been on loan this season to Birmingham City.

He suffered a groin injury in October and was recuperating at his home club at the time of the raid.

Organised gangs are thought to be behind the break-ins at the homes of top players.

Most of the victims have been targeted while they have been away with their teams.

We told last week how Manchester United ace Paul Pogba’s home was feared to have been hit by the same burglars who targeted his team-mate Victor Lindelof. 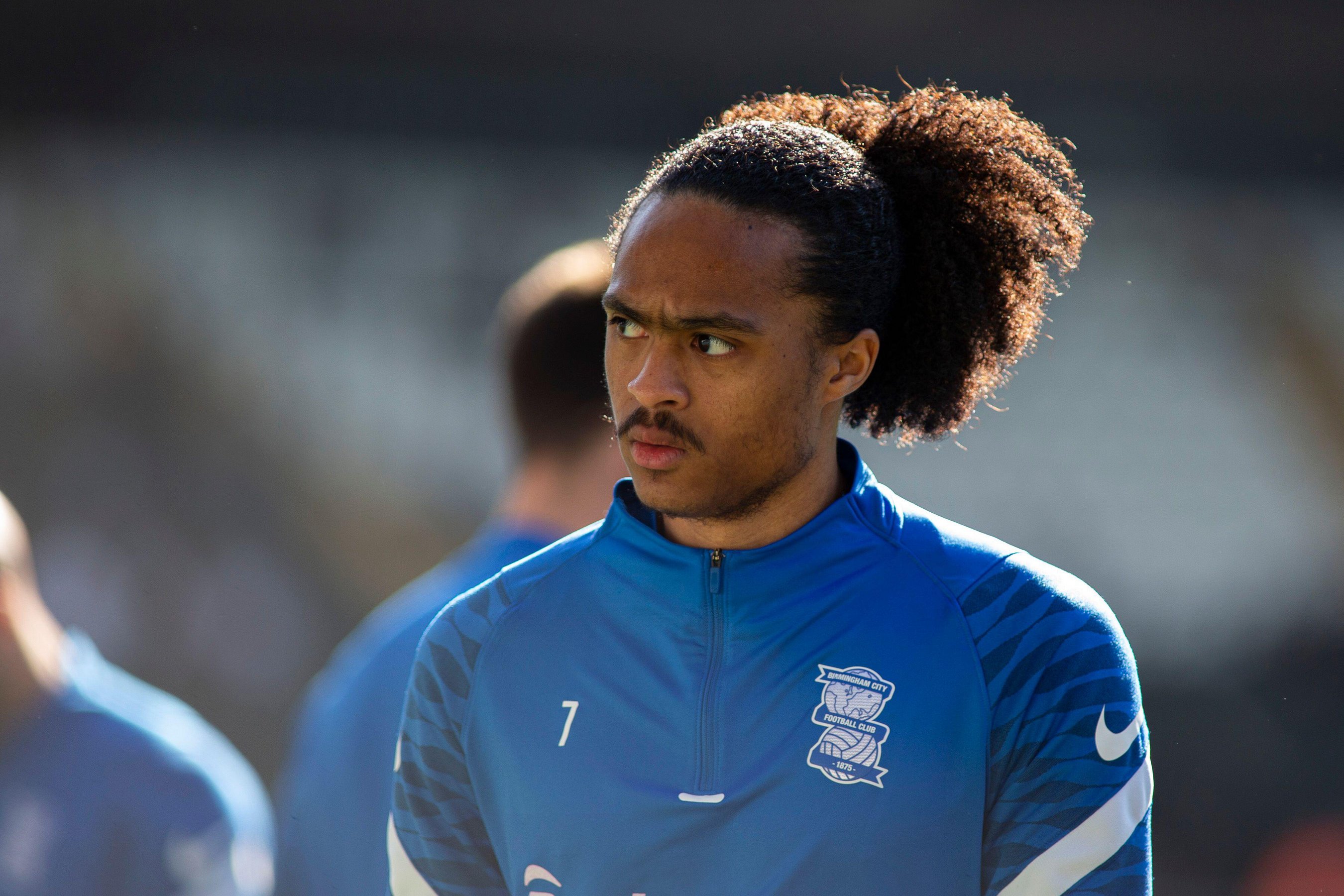 The brazen intruders even mocked winger Chong over his poor security as they carried out the raidCredit: Alamy

Pogba’s property was raided while he played against Atletico Madrid at Old Trafford in the Champions League on March 15.

The armed gang who ransacked the French international’s home in Hale Barns, Greater Manchester, could also be linked to raiders who attacked Manchester City player Joao Cancelo in front of his family at home in December.

Swede Lindelof, 27, lives around the corner from Pogba.

The defender’s home was targeted as he played for the Red Devils at Brentford on January 19.

That break-in came four days after the home of another United team-mate Jesse Lingard was raided two miles away in Bowdon.

The 29-year-old was robbed of £100,000-worth of clothes and jewellery while he played for United at Aston Villa.

But Portuguese ace Cancelo, 27, was at home when raiders struck at his pad in nearby Hale in December.

He posted pictures of his cut and bruised face after he bravely confronted the gang.

The proximity of the raids has sparked fears that footballers in the North-West — particularly south of Manchester, close to the M56 — are being targeted.

The motorway offers a quick escape route and is feared to be attracting gangs from across the region.

Players and clubs — aware of the risks — are also taking steps to tackle the ruthless gangs, who monitor social media to check if stars have bought expensive watches and if they are away.

Both Manchester clubs, as well as Burnley, Everton and Liverpool, have spoken to players about the dangers and have sent staff to players’ homes to review security.

Some players are also turning to former SAS soldiers, who they are bringing in to guard their exclusive mansions — while others have installed panic rooms or bought fierce protection dogs

And stars have started storing expensive watches and jewellery in safety deposit boxes — and using staff to collect items when they want to wear them in a “click and collect” service.

We can also reveal that players and clubs are sharing “intelligence” and tips in WhatsApp group chats.

Others including Man City and England ace Raheem Sterling pay for private security firms to sit outside their homes to protect them.

But players who want around-the-clock security face paying an annual bill of £500,000 as security costs are around £55 per hour.

A string of “away day” burglaries first hit players in the North West in the summer of 2006 —– when then-Liverpool stars Jerzy Dudek, Peter Crouch and Daniel Agger were picked out.

A source said Premier League stars around the country needed to be on guard.

He explained: “The criminals targeting footballers would think nothing of driving to Brighton to case a players’ house if they thought it was going to be worthwhile. Lots of players targeted live in the North West, but players at other clubs should be under no illusion that they are a potential target as well.”

A Greater Manchester Police spokeswoman confirmed that officers were called to reports of a robbery at an address in Sale.”

She said: “Inquiries established that three men had entered the property and then threatened the occupant with a knife.

“There were no injuries and no arrests have been made.

“Anyone with information can report it online at www. gmp.police.uk.”

Yesterday, a Manchester United source told The Sun on Sunday: “We are working with our players to review and strengthen the security around their homes.” 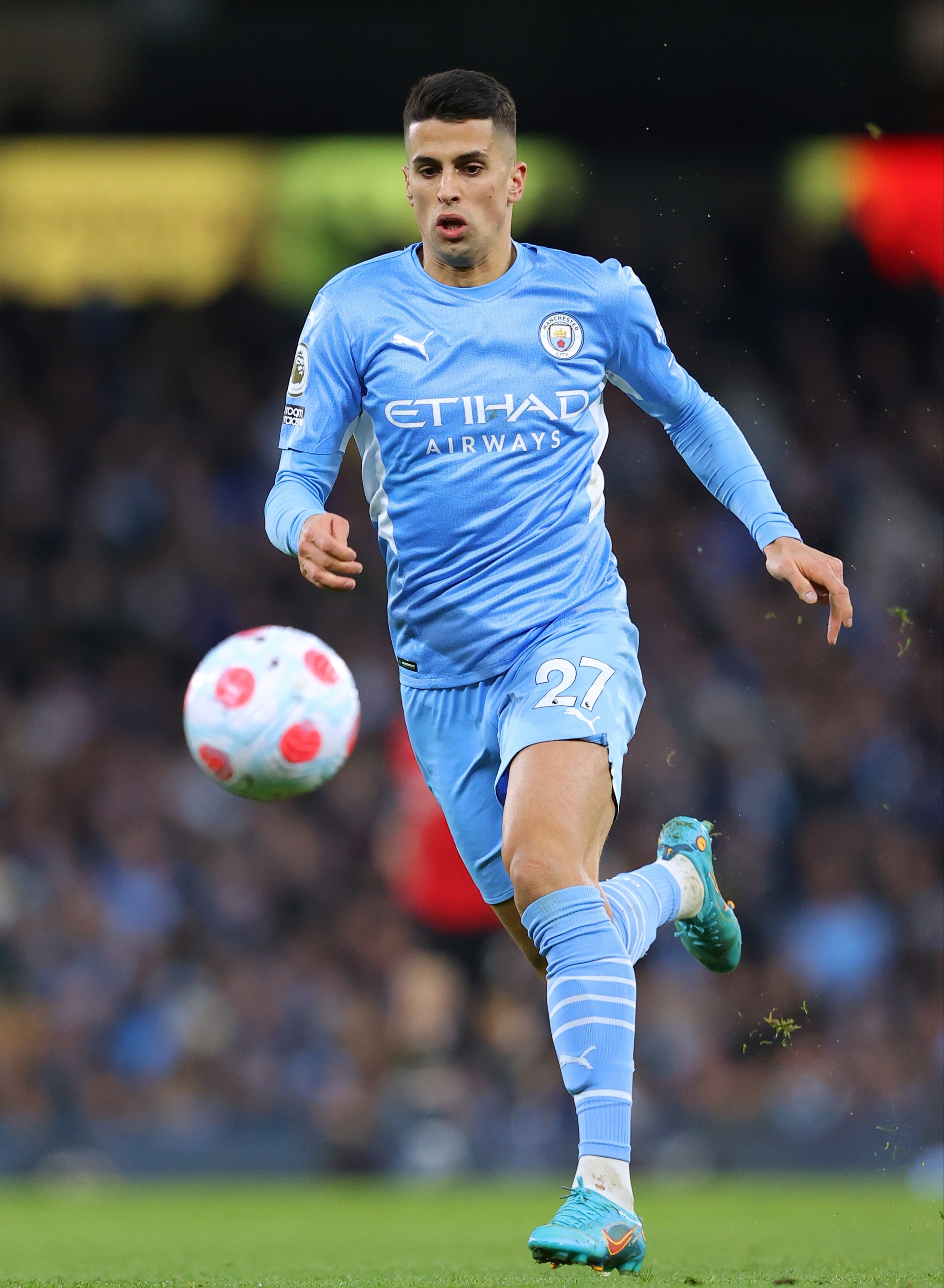 Joao Cancelo was assaulted by four thugs as he protected his familyCredit: Getty

MANCHESTER City defender Joao Cancelo shared a picture of his battered and bruised face after he confronted four raiders.

The gang swooped as he and his family were at home in Hale.

He posted on Instagram: “Unfortunately I was assaulted by four cowards who hurt me and tried to hurt my family. When you show resistance this is what happens.

“They managed to take all my jewellery and leave me with my face with this state. The most important thing for me is my family and luckily they are all OK.” 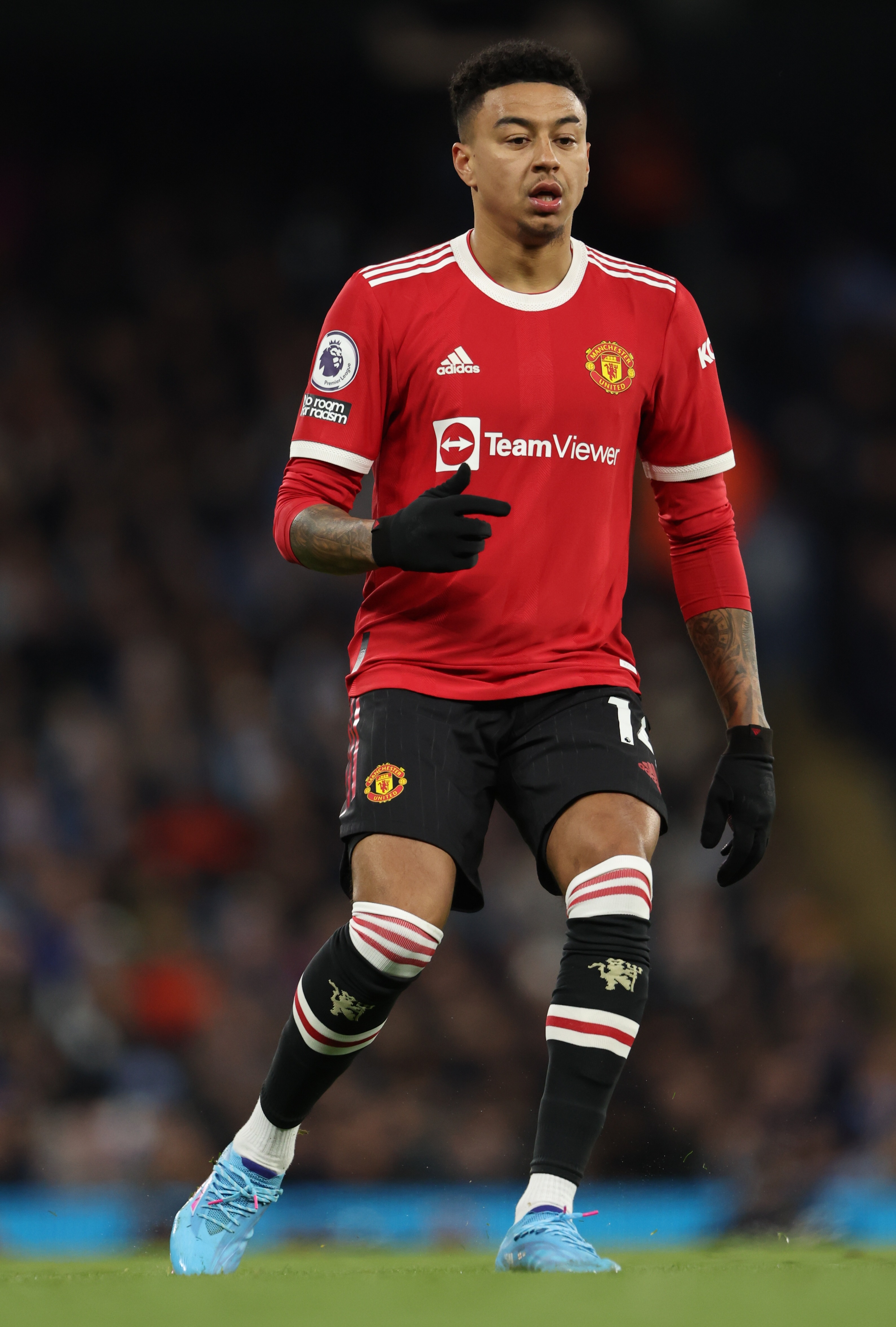 Raiders stole £100,000-worth of clothes and jewellery from his £3million mansionCredit: Getty

More than £100,000-worth of clothes and jewellery was taken from his £3million mansion in Bowdon, Gtr Manchester.

The midfielder was playing for his club at Aston Villa at the time.

Lingard — who gave an MTV Cribs crew a tour of his five-bedroom pad in May 2020 — has since put it up for sale and accepted an offer.

A source said: “Jesse was really upset to be targeted and has since stepped up security.” 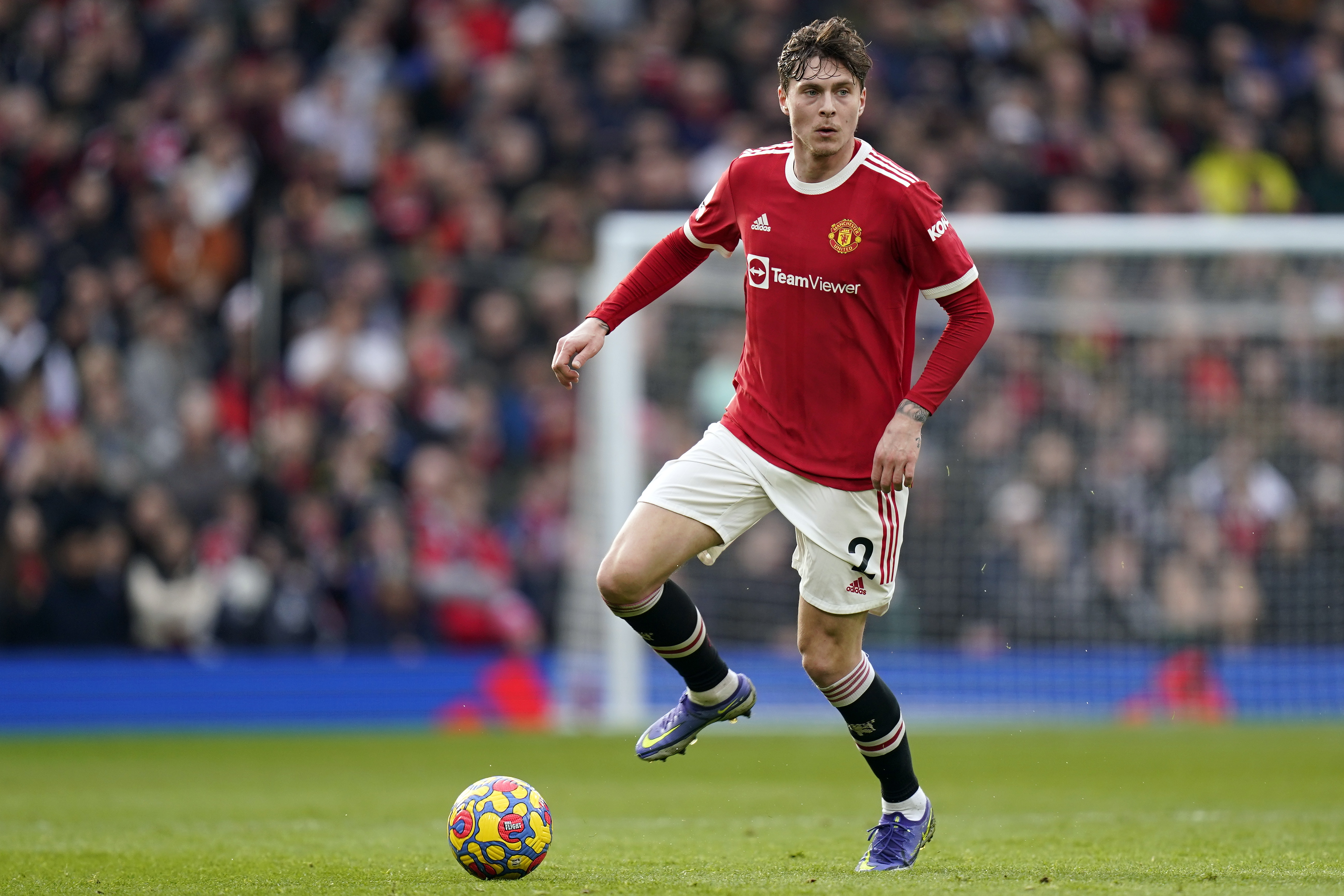 DEFENDER Victor Lindelof’s home close to Pogba’s in Hale was targeted while he was in action for Manchester United away at Brentford.

His wife Maja posted online that she was at home with two young sons when the raiders struck.

She said: “We managed to hide and lock ourselves in a room before they entered our house.

“We are OK under the circumstances but it was a very traumatic and scary moment for me and my ­little kids.”

After the raid, she went home to Sweden with the kids for support. 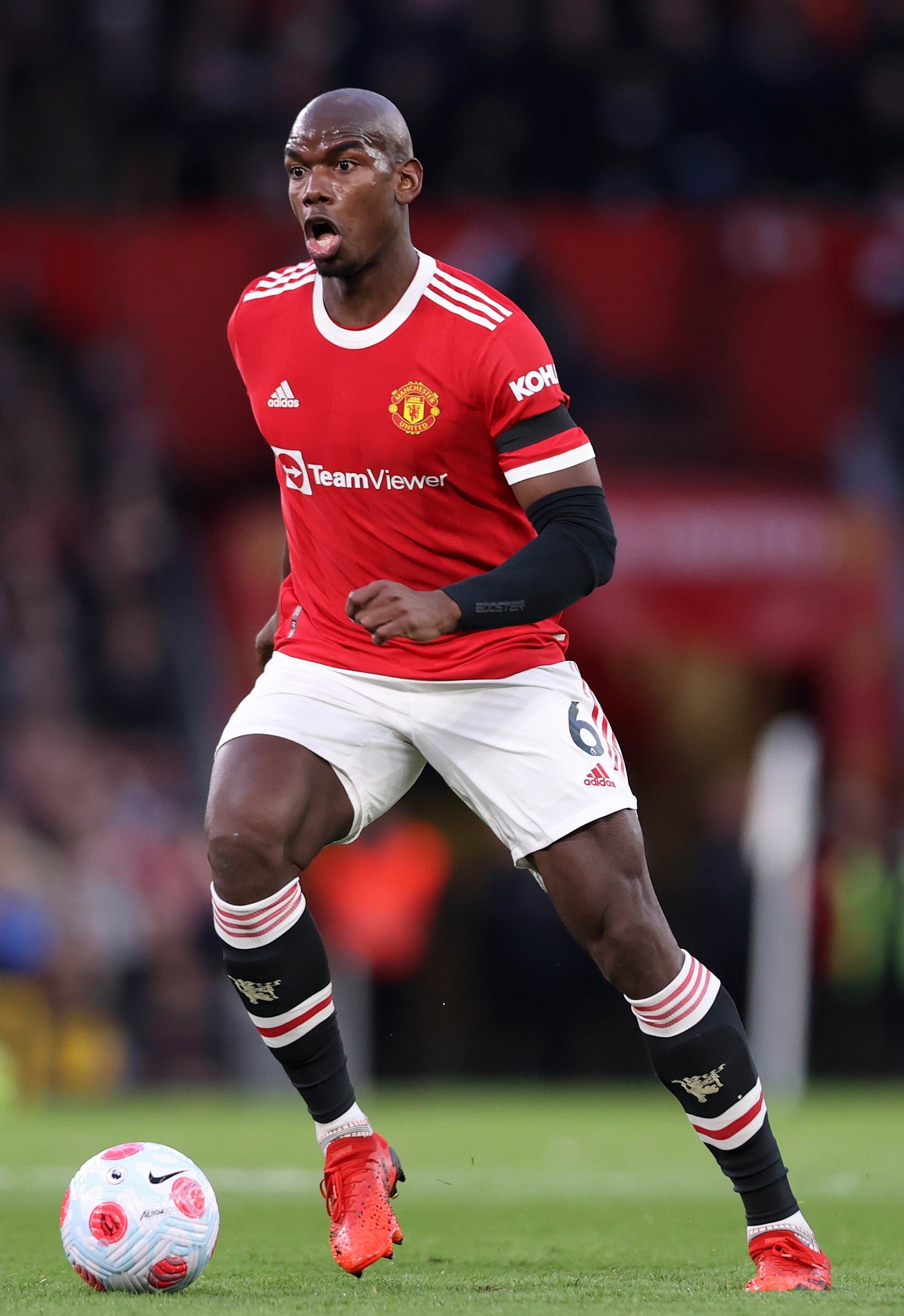 Paul Pogba’s mansion was raided while he played at Old TraffordCredit: Getty

UNITED star Paul Pogba’s mansion in Hale Barns, Greater Manchester, was raided while he was in action at Old Trafford.

The French international and World cup winner was playing for the Red Devils in their home second-leg Champions League defeat to Atletico Madrid.

Pogba, 29, was pictured racing through traffic to try to get to his children.

They were at home with a nanny while his wife Zulay watched him play.

A BLACK Audi estate seen near Pogba’s home is understood to have been spotted close to the homes of Lindelof and Cancelo.

A source said “There is CCTV and doorbell footage to go through — but these guys are professional and planned attacks with precision.

“The Audi is a link and offers the best chance of a breakthrough.”

ERIK TEN HAG is ready for his first game as Man Utd manager, and it could hardly be…
byBizLifetime
No comments