But the Spaniard insists he has no regrets about cutting his squad to the bone in the last transfer window.

And with Alex Lacazette, Eddie Nketiah and Mohamed Elneny all set to leave as free agents, that means yet another major spending spree for Arteta.

He said: “The Champions League and the Europa League both require a much larger squad because the amount of games is much bigger.

“If we can afford it financially and we don’t have to do the turnaround in the squad that we’ve had to, what I want is 22 outfield players and three goalkeepers. 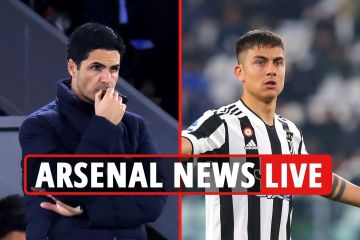 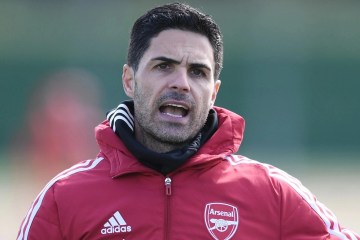 “A lot of things have to be put in place and that takes time, so I am expecting a busy summer.”

Tierney has been ruled out for the rest of the season after undergoing a knee operation on Thursday while Partey could also have played his last game following a recurrence of a thigh injury during Monday’s damaging 3-0 defeat at Crystal Palace.

It leaves Arteta rapidly running out of options after he allowed six players to leave in January without signing any replacements.

But he insisted he has no regrets and said: “Those who left were players that we did not really use and I don’t know how much they would have played.

“We made a decision based on what we saw every day, how the players could contribute in their role at the club and whether they wanted to do that.

“I don’t think we have to justify a decision which we believed was the right thing for the club and then for the individual players that were asking for an opportunity to play football because they hadn’t had any minutes for several months.”

SWITZERLAND fans trolled Italy with a Google-themed banner during Saturday night’s clash with England. The Swiss arrived at…
byBizLifetime
No comments

BILLY GILMOUR has been linked with a Premier League switch to Everton. The Scotland star is heading into…
byBizLifetime
No comments

Mauricio Pochettino or Zinedine Zidane should have been handed Chelsea job and NOT Graham Potter, claims Man Utd hero