RIOT POLICE were forced to break up ugly scenes as West Ham trounced Lyon in France in the Europa League to reach the semi-final.

And cops even had to use PEPPER SPRAY on some home fans after the final whistle.

Declan Rice was struck by a bottle as he was taken off in West Ham’s win at LyonCredit: Rex 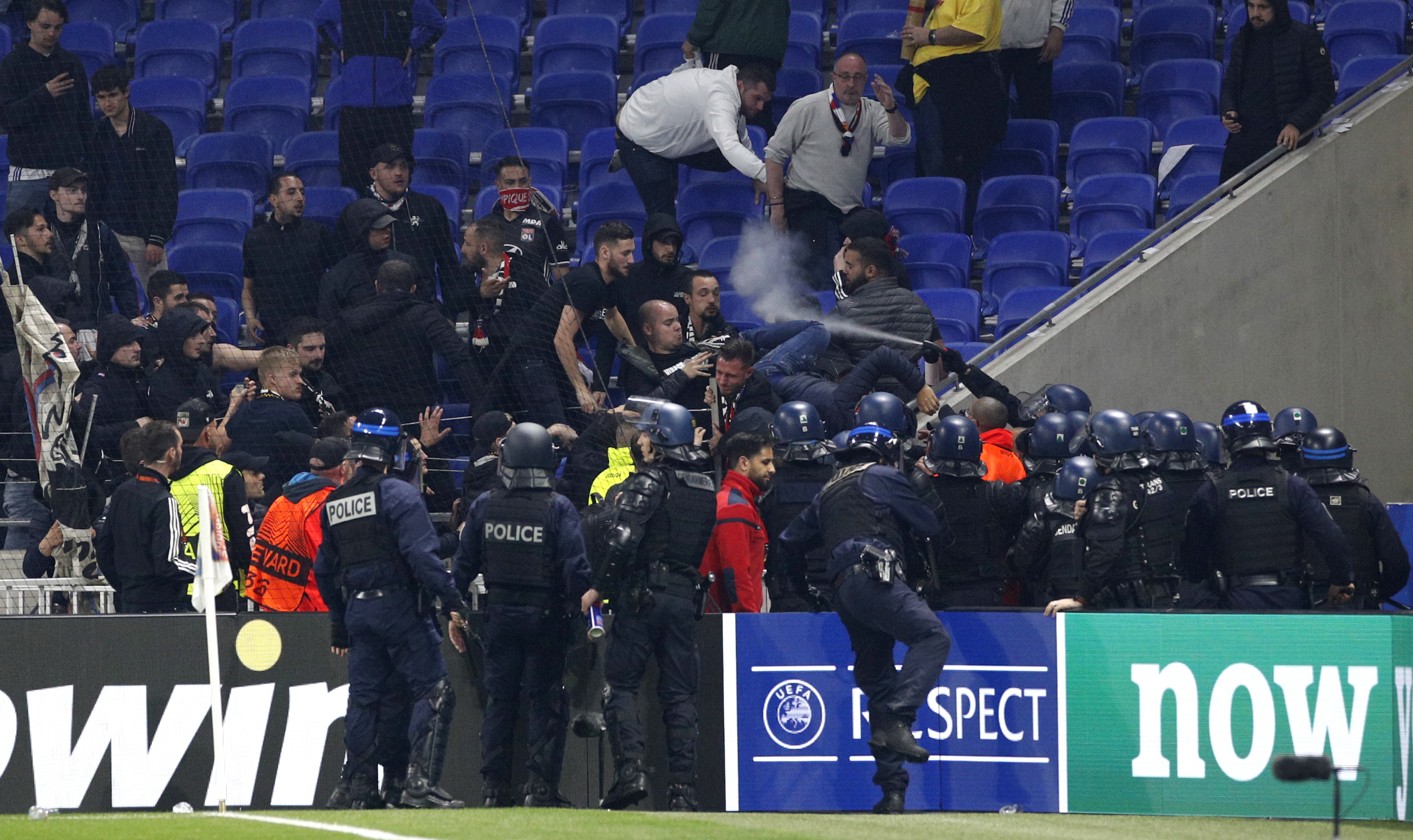 Supporters firstly threw objects at Declan Rice, whose strike was sandwiched between ones from Craig Dawson and Jarrod Bowen, when he was substituted off the pitch for Said Benraham on 90 minutes

The referee then blew the final whistle to confirm West Ham’s 3-0 victory and 4-1 aggregate triumph – but that only ignited more trouble.

Lyon ultras at both ends of the stadium broke down barriers in an attempt to storm the pitch. 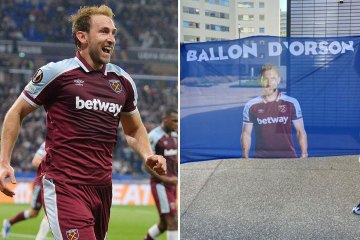 And Uefa officials came onto the pitch to usher players off safely.

But David Moyes still managed to squeeze past one official to give a few fist pumps to the travelling fans up in the gods before he was pushed away.

Fans threw flares behind the goal and scrapped among each other amid the chaotic scenes.

That forced police to run on and even use pepper spray to deter the troublemakers.

Fortunately for the Hammers order was soon restored so Moyes and his men could go and celebrate in front of the travelling East London contingent.

“We knew it was a tough place to come, but we knew with what we had on the pitch, our attacking players and what we had seen in the first game with them defensively, we could score goals tonight.

“To get a 2-0 lead and then come out early in the second half and Jarrod to put that one in the net is a special feeling. For all the fans, it is such a great night.

“When it is half-time and it is 2-0 your heart is racing. You’re thinking about it still being 0-0 as you need to go out and give another string performance.

“If you can’t get up for these games you shouldn’t be playing. The roar from the warm-up, it was spine-tingling and it gives you that fire in your stomach.

“Their Twitter admins were saying they don’t know how they are not going to beat us, but those things come back to bite you. We put in a performance and now West Ham are in the semis.

“For Frankfurt to beat Barca, they are a good side. We will be ready for whatever. We want to reach the final.”

ENGLAND’S most valuable stars have been revealed. And it’s Jude Bellingham who leads the way with an incredible…
byBizLifetime
No comments

HAKIM ZIYECH appeared glum-faced as he jetted off for pre-season with Chelsea. The Blues squad were pictured boarding…
byBizLifetime
No comments