A Russo brace was among the goals that saw the Toffees trounced 3-1 during a historic encounter described as a win for women’s football.

A crowd of 20, 241, including England boss Sarina Wiegman, turned out to watch the first WSL game to be played in front of supporters at Old Trafford.

However, the Citizens, have a game in hand on their third-placed, in-form neighbours with the top three race heating up.

Skinner said: “For Katie (Zelem) to score a penalty at the Stretford End and then for Alessia to score (there) as well is a wonderful way to seal a dream.

“It felt, at first, that we didn’t get up to the speed of the game quickly enough, but we’re human. 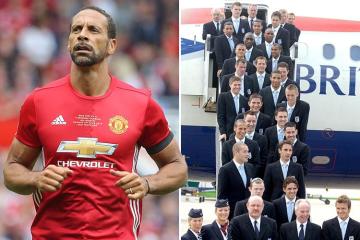 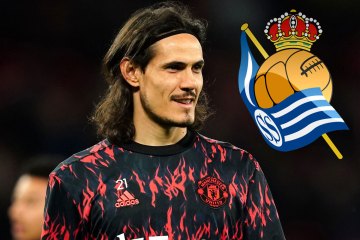 “To say that we felt the emotions of the game in the first part of it would be fair.

“And the best thing Everton did was to score because it kind of kick-started us.”

The turnout at the home of Man United’s Prem side is thought to be the fourth biggest for a women’s game played at the ground.

Skinner added: “Women’s football won today. I think it shows the growth, magnitude and impact this club can have in growing the game.

“That that for me is a wonderful thing.”

Everton, who have won just one of their nine previous clashes with United, are yet to beat the Red Devils in the top tier.

But they got off to a flier stunning their hosts in the third minute.

This came through Claire Emslie bursting into the box and rifling a shot into the bottom corner after a classy through ball from Kenza Dali.

United looked to hit back in the ninth minute with Russo pinching the ball from Gabriella George and testing Sandy MacIver from distance. 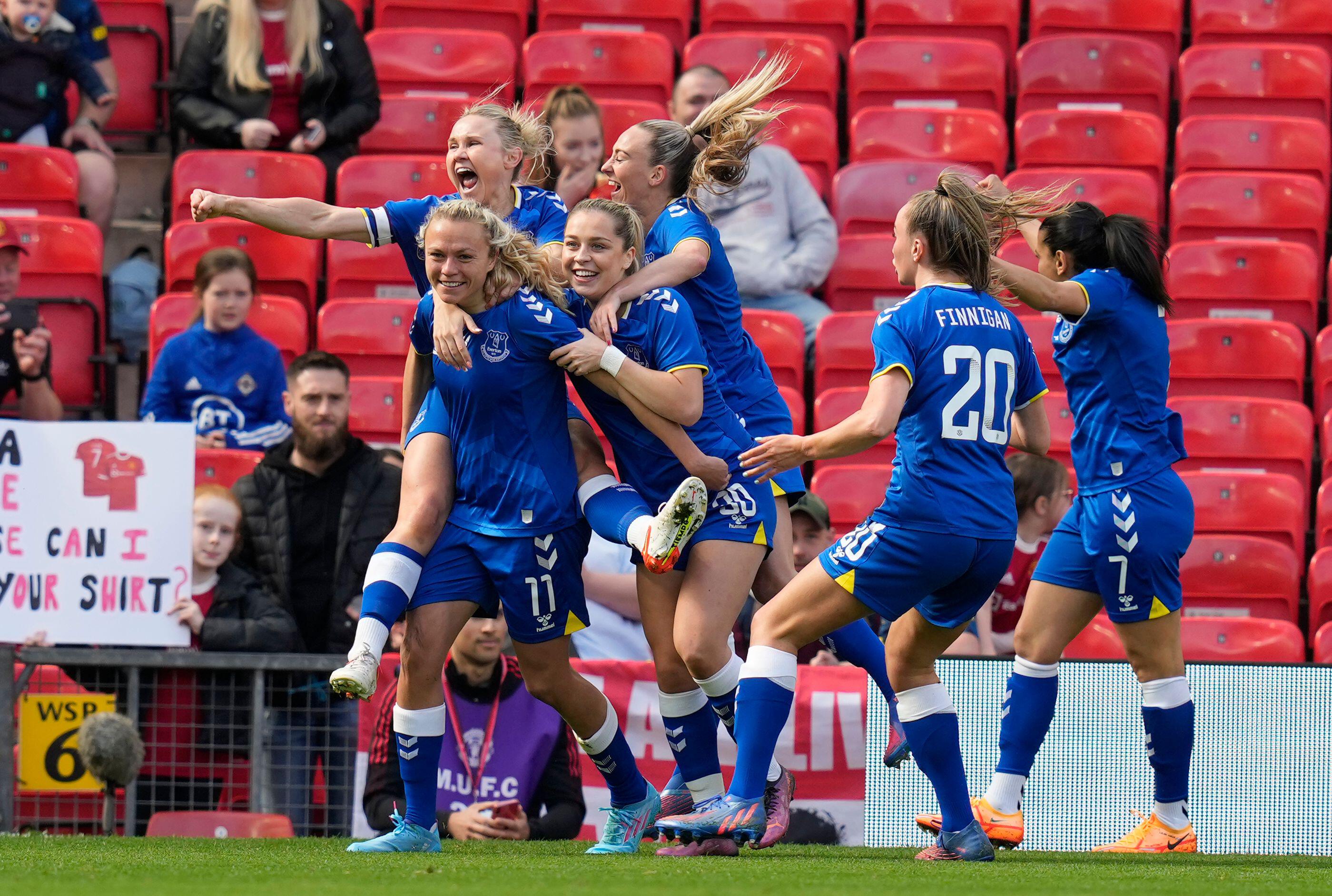 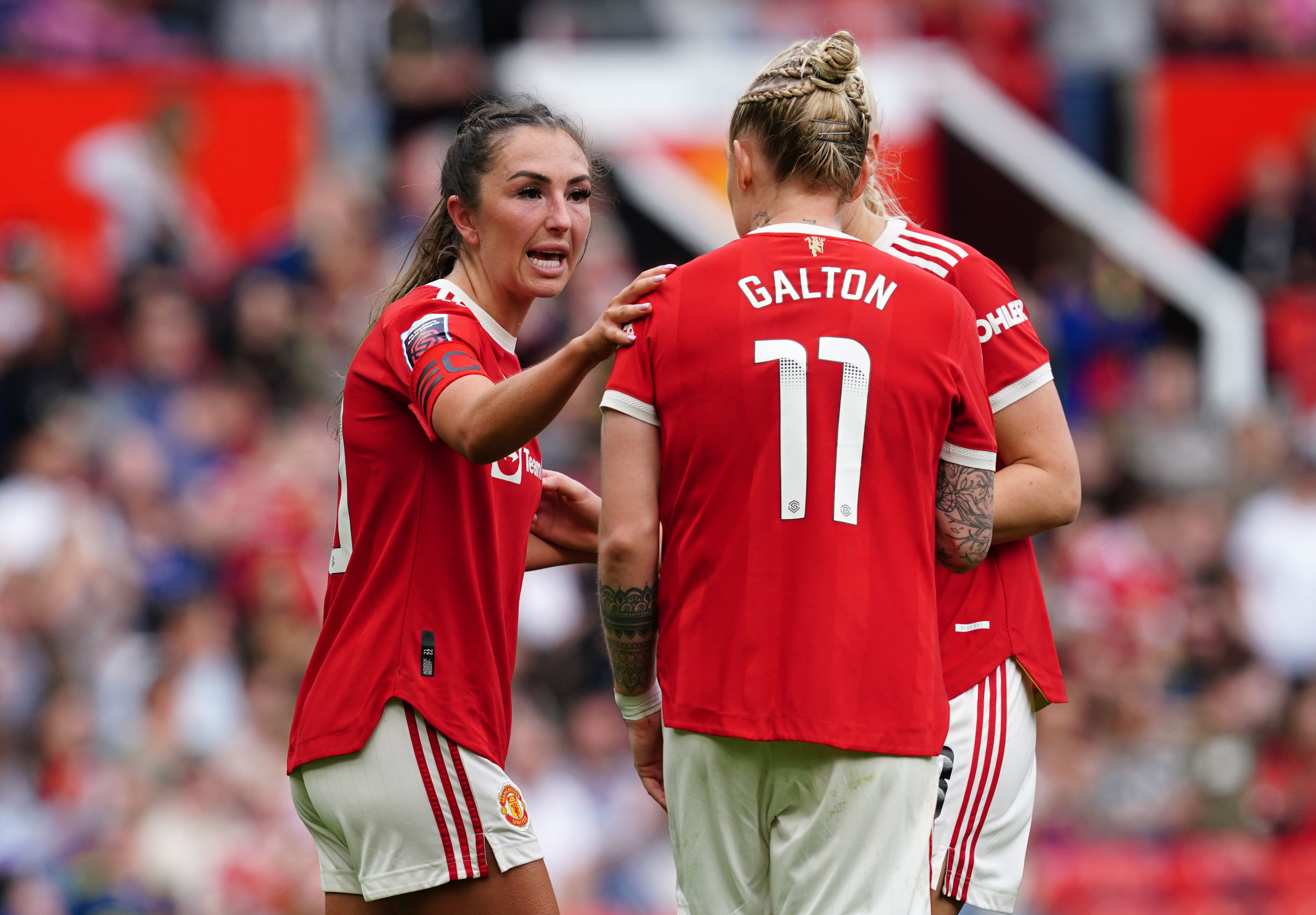 Katie Zelem helped United go 2-1 up with her goal from the penalty spotCredit: PA

And the Toffees keeper was forced to parry Hannah Blundell’s volley away from danger minutes later.

And Everton had a chance to net close to half-time with Emslie teeing up in Izzy Christiansen who fired her effort over the crossbar.

The second spell saw Ella Toone blaze the ball into the Stretford End following a dangerous looped cross into the box from Thomas.

However United doubled their lead with skipper Zelem converting from the spot following Lucy Graham’s foul on Thomas.

United, who play Brighton next, thought they were 3-1 up in the 62nd minute when Thomas smashed home a rebounded ball.

But her strike was ruled out despite the forward appearing to be played onside by Graham. 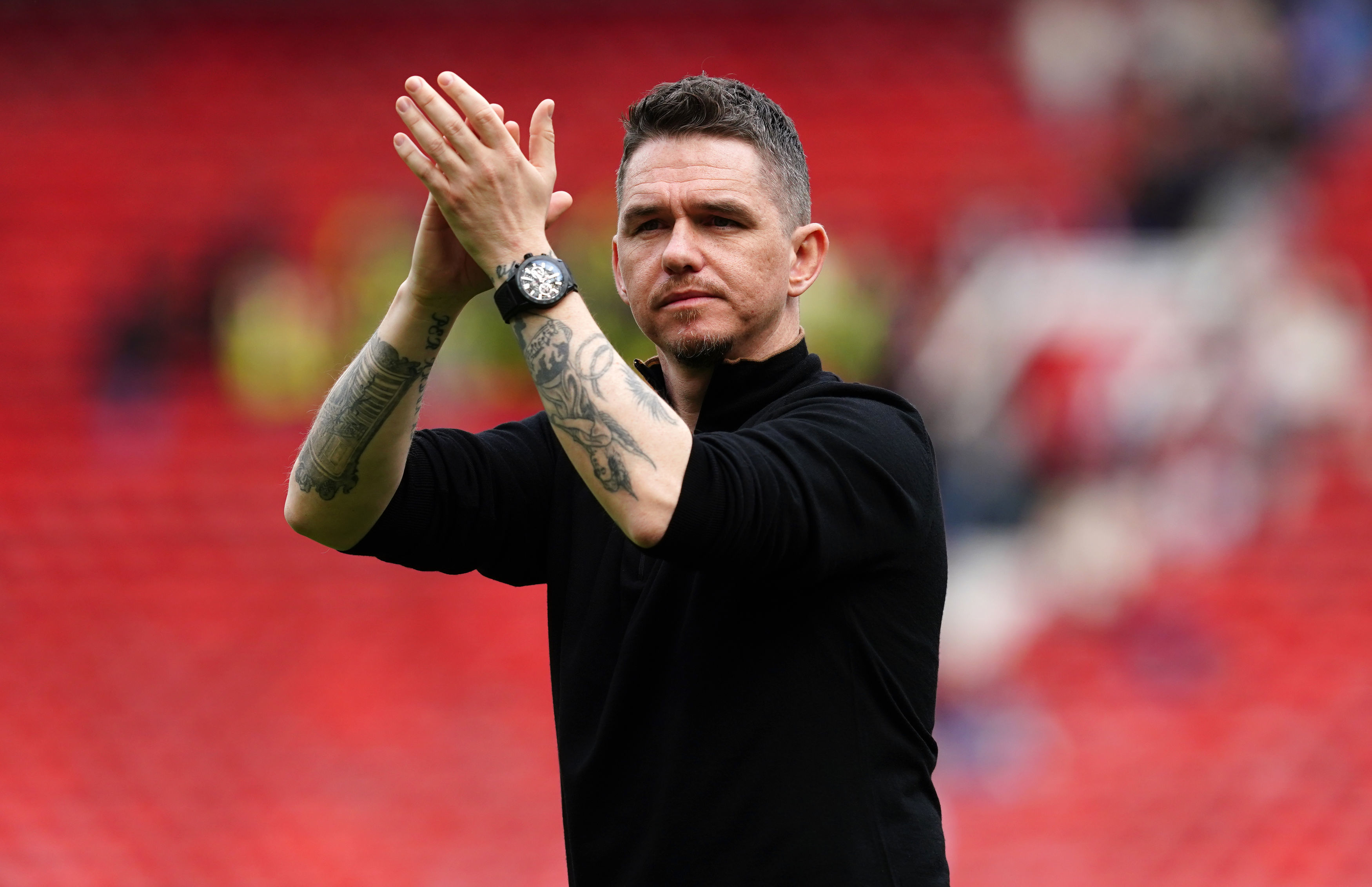 Marc Skinner’s side hope to win their four remaining league games as they target a top three finishCredit: PA

In the end, United bagged their third with Russo sealing her brace nodding home Zelem’s cross in the 84th minute ahead.

The team, who play Brighton next, have four games left as they chase a Champions League spot

Their final game of the season on May 8th will see them take on league leaders Chelsea.

PORTUGAL forward Bernardo Silva has attempted to quash speculation of a feud between Cristiano Ronaldo and Bruno Fernandes.…
byBizLifetime
No comments

ARSENAL’S transfer chase for Aston Villa’s Douglas Luiz is OVER for now, with a THIRD bid rejected. Meanwhile,…
byBizLifetime
No comments

MANCHESTER UNITED midfielder Casemiro has moved out of the Lowry Hotel and into his new home. The five-time…
byBizLifetime
No comments