KIERAN TIERNEY’S injury looks like it could end his own season – and Arsenal’s season too.

The left-back is expected to be sidelined until the summer after undergoing knee surgery.

Granit Xhaka was determined to play as a midfielder against BrightonCredit: AFP 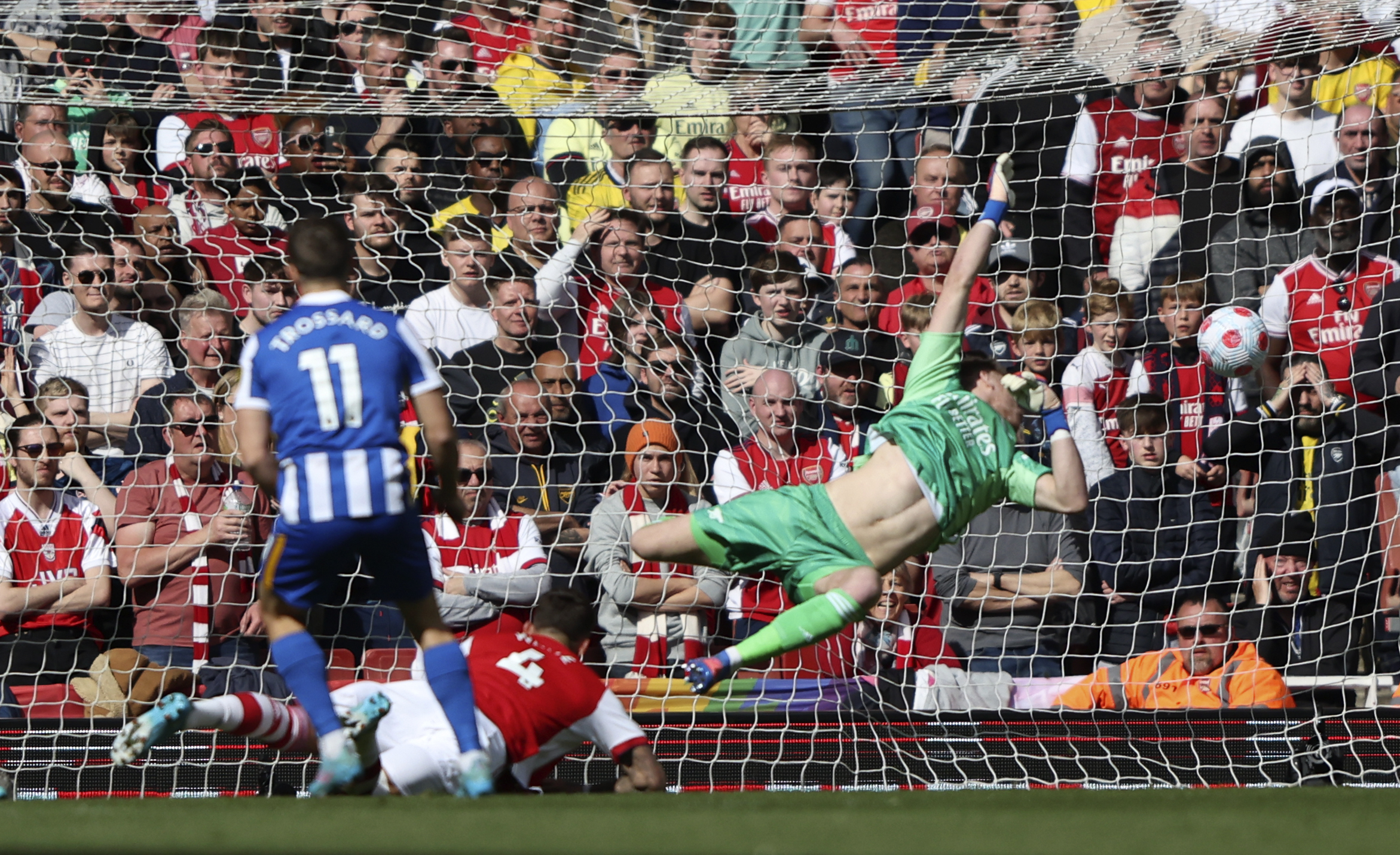 Leandro Trossard scored the opening goal at the EmiratesCredit: AP

His absence was felt all too strongly on Monday night as Crystal Palace ran riot and Nuno Tavares lasted just 45 minutes before being subbed off to prevent further damage.

And today at the Emirates it was Granit Xhaka given the unenviable task of filling Tierney’s big boots.

Unfortunately for Mikel Arteta, he knows all too well just how good the Scot is.

And should Real Madrid come knocking as rumours suggest, at this rate every match he misses will increase the Gunners’ asking price. 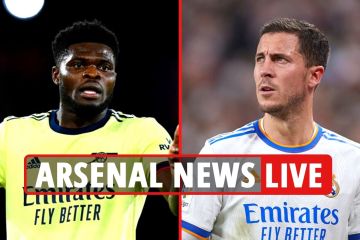 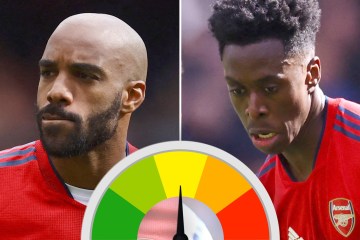 Xhaka has played at left-back in the past for Arsenal but ironically the switch was forced just as he was enjoying arguably his best form alongside the now-stricken Thomas Partey in midfield.

His start was solid enough as Brighton began the game on the front foot but not threatening down their right wing.

But as much as he was officially playing at left-back, the Swiss is not known for his discipline – and could not help but drift into central midfield at every opportunity, as his touch map shows.

And it was no surprise that Arsenal’s two key cogs – Tierney and Partey – were most evidently missing when Brighton did get that all-important opening goal. 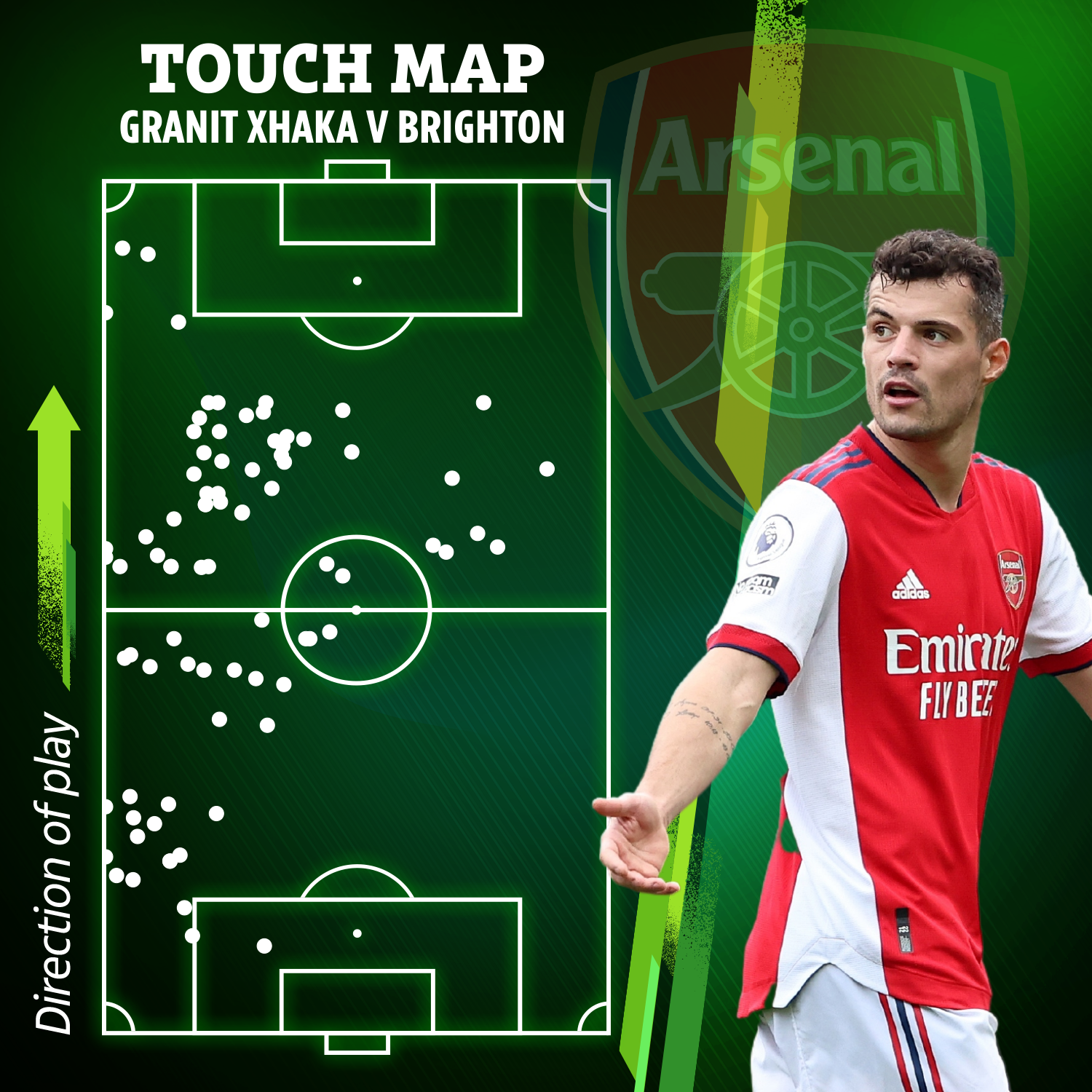 A neat move down the right channel played Enock Mwepu in behind Xhaka and he had plenty of time to pick his pass.

And pick his pass he did, pulling it back for Leandro Trossard to fire emphatically past Aaron Ramsdale into the top corner.

It didn’t help that Trossard had acres of space in North London to get his first-time shot away unchallenged.

Albert Sambi Lokonga, tasked with trying to replace the in-form Partey, was nowhere to be seen.

A second from Mwepu, another sweet strike, made it 2-0 and then Arsenal eventually decided to turn up in the 89th minute.

But Martin Odegaard’s long-range deflected goal and the injury-time onslaught was not enough to rescue a point, let alone three.

That defeat, five days after that 3-0 thumping at Selhurst Park, suddenly leaves the top four out of Arsenal’s hands – and leaves the door even further ajar for rivals Spurs to pounce.

GARETH BALE will play club football beyond Real Madrid if Wales qualify for the World Cup. But Robert…
byBizLifetime
No comments