MANCHESTER CITY are hoping to finish off the job in Spain when they face Atletico Madrid in their Champions League quarter-final second leg ON WEDNESDAY.

Pep’s well-oiled blue machine managed to scrape a 1-0 victory out of a resolute Atletico at the Etihad last week.

Man City have a one goal lead to take to Spain courtesy of Kevin de BruyneCredit: AFP

But City will be a little frustrated going into this encounter having failed to open up the gap on Liverpool at the top of the Premier League on Sunday.

As for Simeone’s side, they suffered an embarrassing defeat to 17th-placed Mallorca in their last La Liga outing.

However, Madrid will have the support of Wanda Metropolitano encouraging them to derail the Man City train which is in full steam ahead.

What time does Atletico vs Man City kick off? 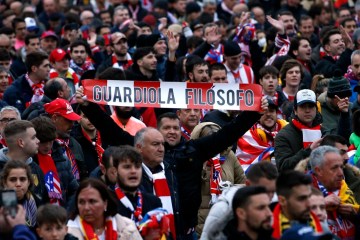 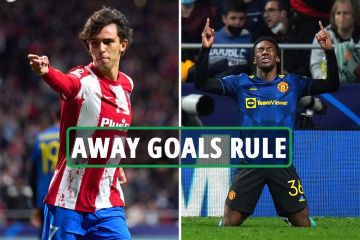 Diego Simeone will be relieved to welcome back attacker Yannick Carrasco to the fold having served his suspension for the first leg.

However, defender Jose Gimenez will remain in the treatment room alongside midfield maestro Hector Herrera.

Elsewhere, Ruben Dias is still battling with his hamstring problem and COULD be available for a early return but Pep has already stated that the Portuguese rock will not be rushed back.

Cole Palmer hasn’t recovered from his ankle injury just yet either so the talented youngster is set to miss out again.

But Kyle Walker has finished his European ban which means that the English speedy machine will be in contention to start.

To qualify (incl ET and Pen)

*Odds courtesy of Betfair are correct as of Monday, April 11.

‘He should go with that banana’