QATAR and Russia were embarrassed as football chiefs were finally forced to confront the real world.

Ukrainian FA President Andriy Pavelko donned a flak jacket in a speech filmed in central Kyiv that was played to the delegates at Fifa’s annual Congress in Doha. 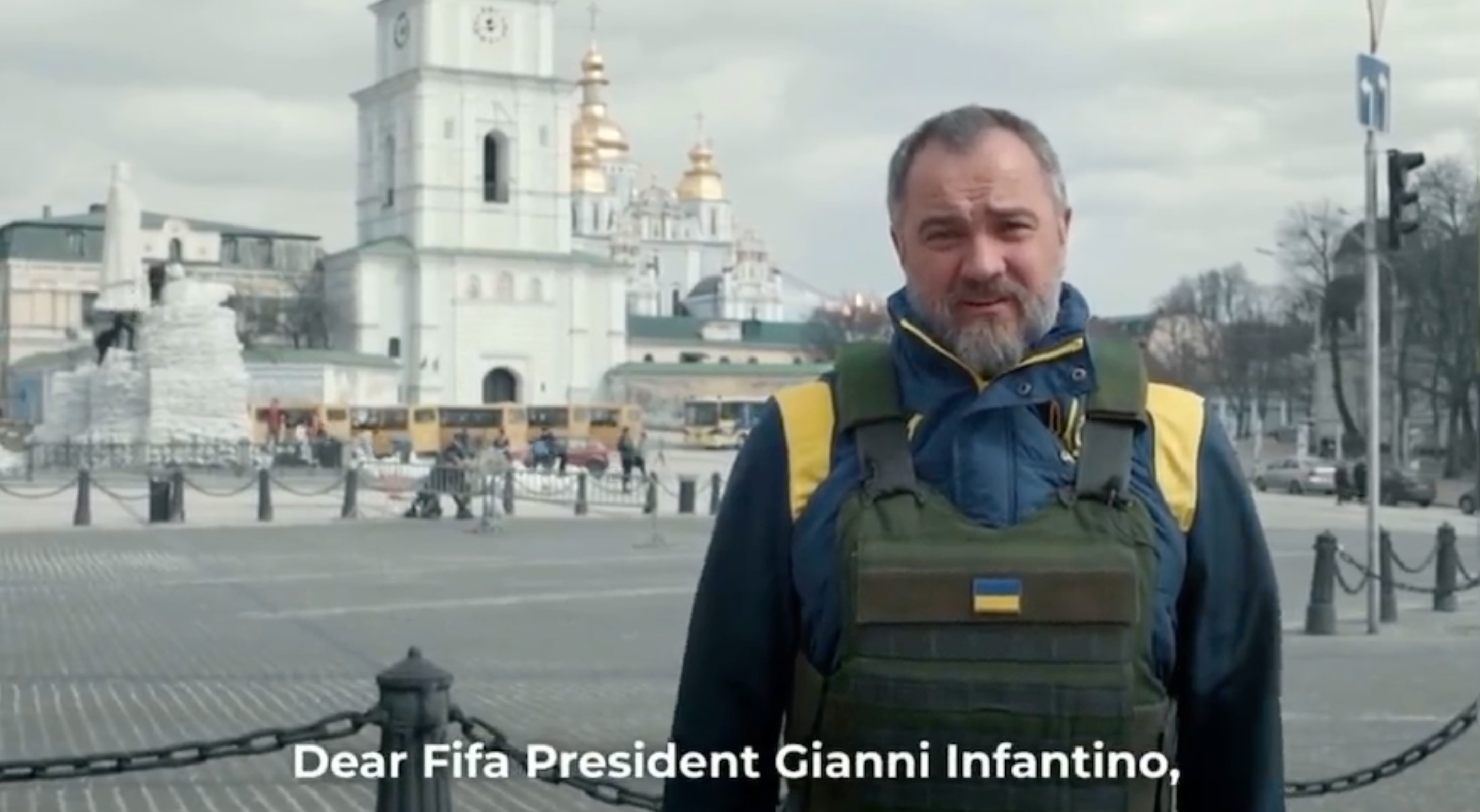 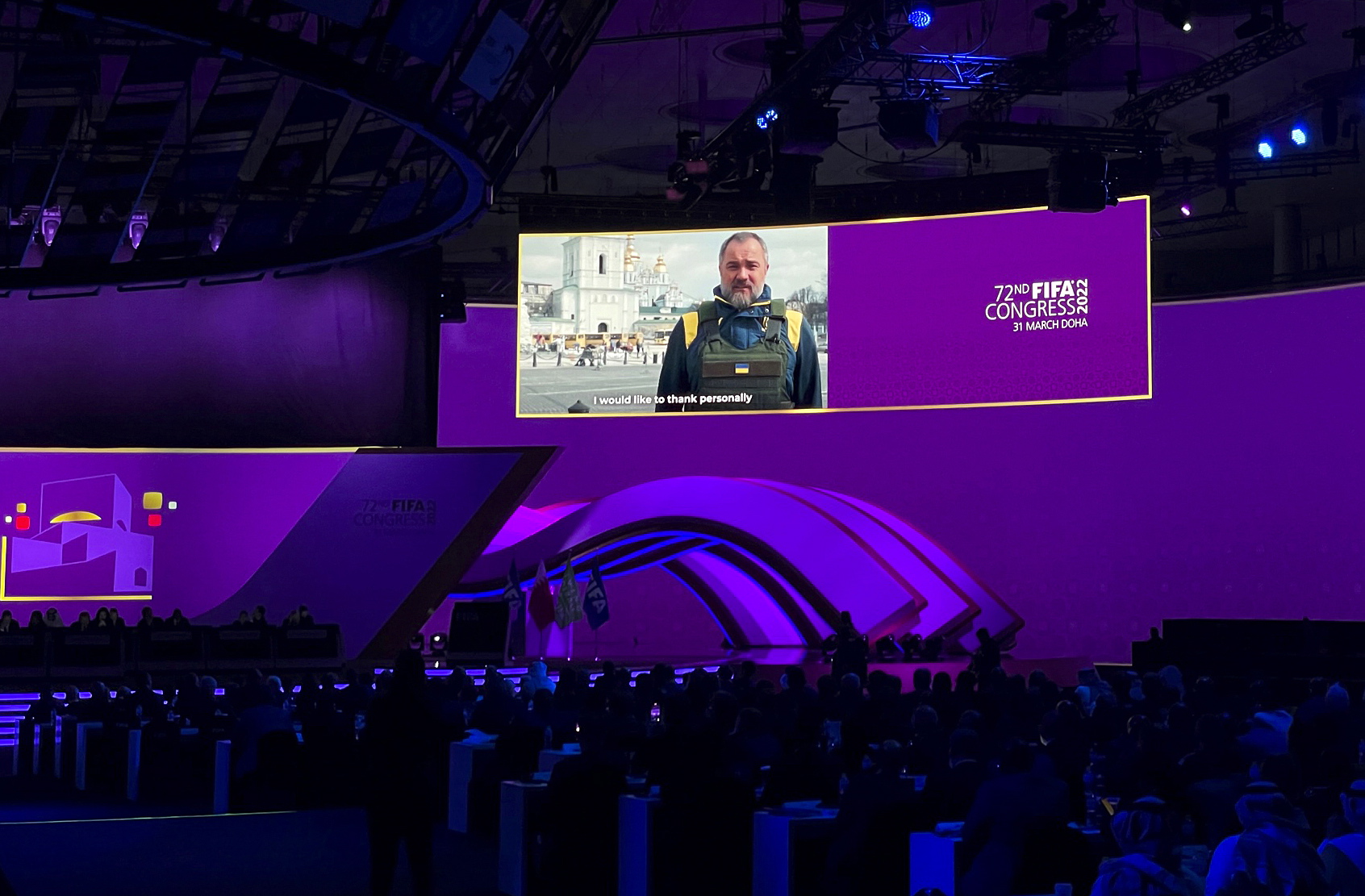 The video was played on the big screen for all the delegates to seeCredit: EPA

And his powerful message amplified the criticism inside the Congress hall as Norwegian FA President Lise Klaveness accused Fifa of abandoning its leadership responsibilities over both this year’s World Cup hosts and Russia’s invasion of Ukraine.

With two Russian football executives shifting in their seats inside the room, Pavelko condemned Moscow’s “aggressors”.

He said: “We are sure we will fight back and we will win, because we have the truth behind us.

“Let there be no air-raid alarms in our cities, instead the songs of fans. 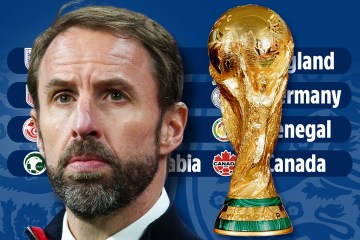 “Let the battles take place not in the streets with weapons but in crowded stadiums in fair football duel and let the spectators in the stands explode when their favourite team scores a goal, not the bombs. We believe it will be so.”

That came after Klaveness outraged the Qatari hosts by stating: “In 2010, the World Cup was awarded by FIFA in unacceptable ways with unacceptable consequences.

“Human rights, equality, democracy, the core interests of football, were not in the starting 11 until many years later.

“These basic rights were pressured on as substitutes, mainly by outside voices.

“The migrant workers injured or families of those who died in the build-up to the World Cup should be cared for.

“Fifa, all of us, must now take all necessary measures to really implement change.”

Klaveness also demanded that future potential World Cup hosts should be ruled out of the equation unless “the core interest of football, human rights and promotes diversity and anti-discrimination” are guaranteed.

And she took a pop at Fifa boss Gianni Infantino’s slow response to the invasion of Ukraine, adding: “We have a brutal war in Europe now.

“Innocent people are being killed in meaningless fights for power.

“A previous World Cup host has invaded the country of one of our members. 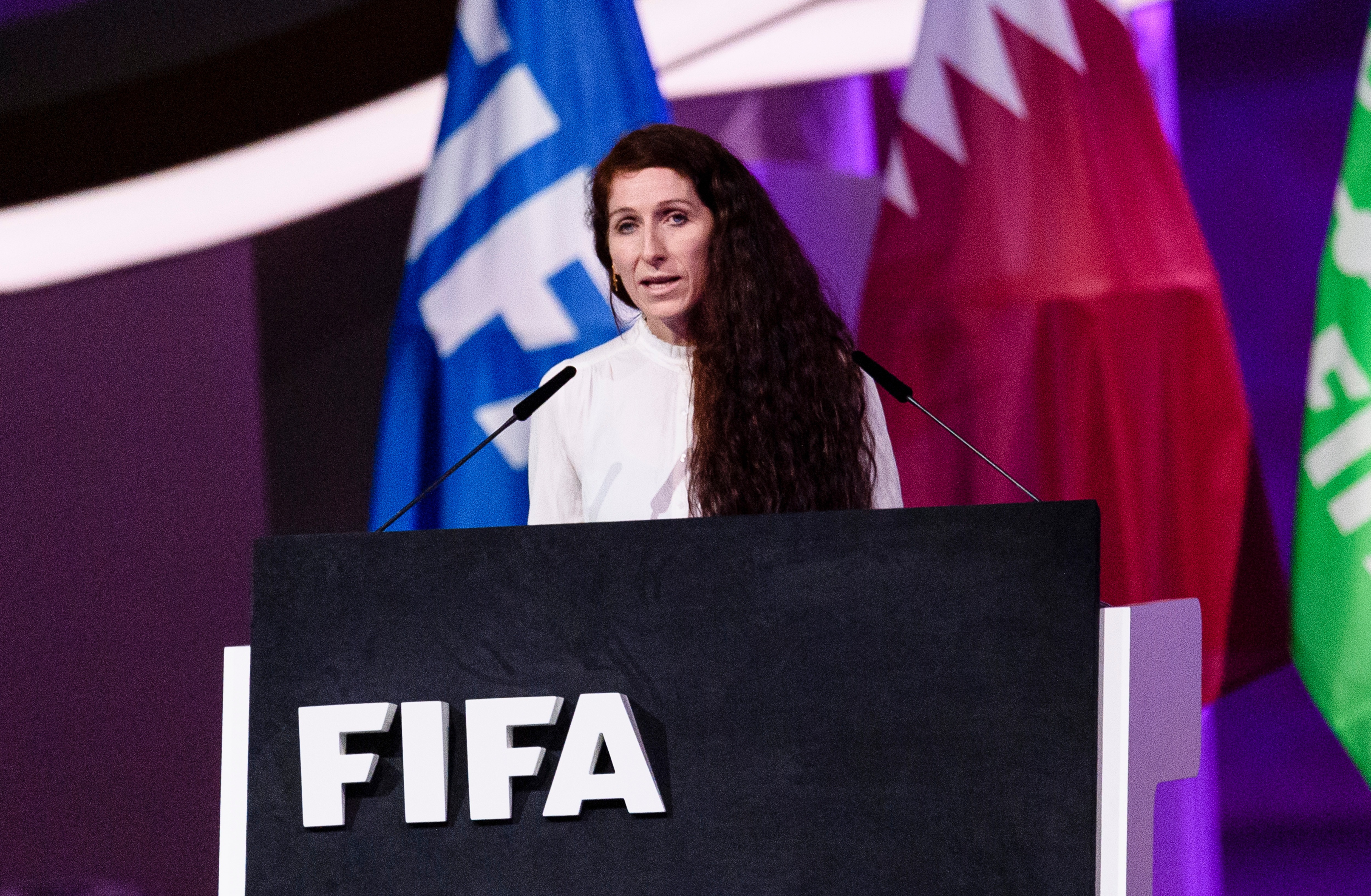 Her powerful speech provoked an immediate reaction, with the Honduran FA secretary-general Jose Mejia taking to the podium to denounce her, arguing: “This is not the right stage for this.”

And Hassan Al-Thawadi, secretary-general of Qatar’s supreme committee also attacked the Norwegian, accusing her of seeming to embarrass his nation.

He said: “She visited our country and made no request for a meeting. She did not attempt to contact us and did not attempt  to engage in dialogue before speaking to Congress.”

Al-Thawadi was backed by Infantino, who talked about the “concrete facts” of the country and presented a video that praised the efforts of Qatar to reform its labour rules.

But Russia’s Andriy Sorokin dismissed the criticism from Ukraine, insisting: “We regret that he has these emotions.

“It is difficult for them, we understand that, but I’m here not to discuss politics or military activities.

“We will not run. We are not hiding. We have every right to be here.”

Sorokin, though, did hint Russia’s candidacy for Euro 2028, which Uefa had earmarked for the five-nation British Isles bid, might be pulled to concentrate on a 2032 campaign.

Uefa is likely to ban the Russians from running in any event but Sorokin added: “The bid for the World Cup started with every country bidding for two, 2018 and 2022.

“The countries naturally focused on the year more preferable to them and I suspect this is the process we are looking at.”

JOSKO GVARDIOL has sensationally opened the door for a January switch to Chelsea. That’s despite signing a new…
byBizLifetime
No comments