WEST HAM defender Kurt Zouma is set to miss the rest of the season through injury, according to reports.

It is a massive blow for the Hammers as the 27-year-old has impressed since his £30million summer move from Chelsea.

Kurt Zouma suffered an ankle sprain in the defeat to Brentford on SundayCredit: Reuters

Zouma suffered an ankle injury against Brentford which initially ruled him out of the second leg clash at Lyon on Thursday.

But the club now fear the injury could be worse than first anticipated, according to the Evening Standard.

With fellow centre-back Angelo Ogbonna still injured after suffering an ACL injury earlier in the campaign, David Moyes said he could call upon Issa Diop.

Diop has deputised for Zouma previously, most notably when the Frenchman sat out of a game at Leicester not long after footage leaked of the defender kicking a cat. 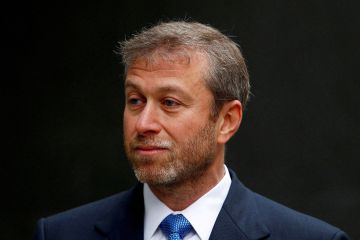 Moyes said of Zouma’s injury: “We’re still getting Kurt checked fully and assessed, so I can’t give an answer on what time [he will be out], but he’s not with us today.

“It’s a really big blow when you lose somebody who is a French international and a World Cup winner.

“It happens in football – you get injuries along the road – and unfortunately Kurt has got an ankle sprain.

“Issa (Diop) has not really let us down. He’s come into the team quite a bit at different times – there was a period when Kurt was out injured for six-to-eight weeks earlier in the season when we relied on him.

“It’s not something unusual for Issa, he’s always been there or thereabouts, so hopefully if he gets that opportunity, he’s able to take it.”

West Ham will also be missing Aaron Cresswell in Lyon after he was controversially sent off in the first leg.

Ben Johnson replaced him in that match so could start at left-back with Vladimir Coufal another option.

SWEDEN football legend Zlatan Ibrahimovic’s movie debut in the new Asterix movie looks to be a knockout. The…
byBizLifetime
No comments

CRISTIANO RONALDO has been spotted for the first time since asking to leave Manchester United. The six-time Ballon…
byBizLifetime
No comments