WEST HAM poked fun at Lyon after knocking them out of the Europa League quarter-final.

The French side’s hubris came back to bite them with Lyon star Moussa Dembele trolled by West Ham’s Twitter team. 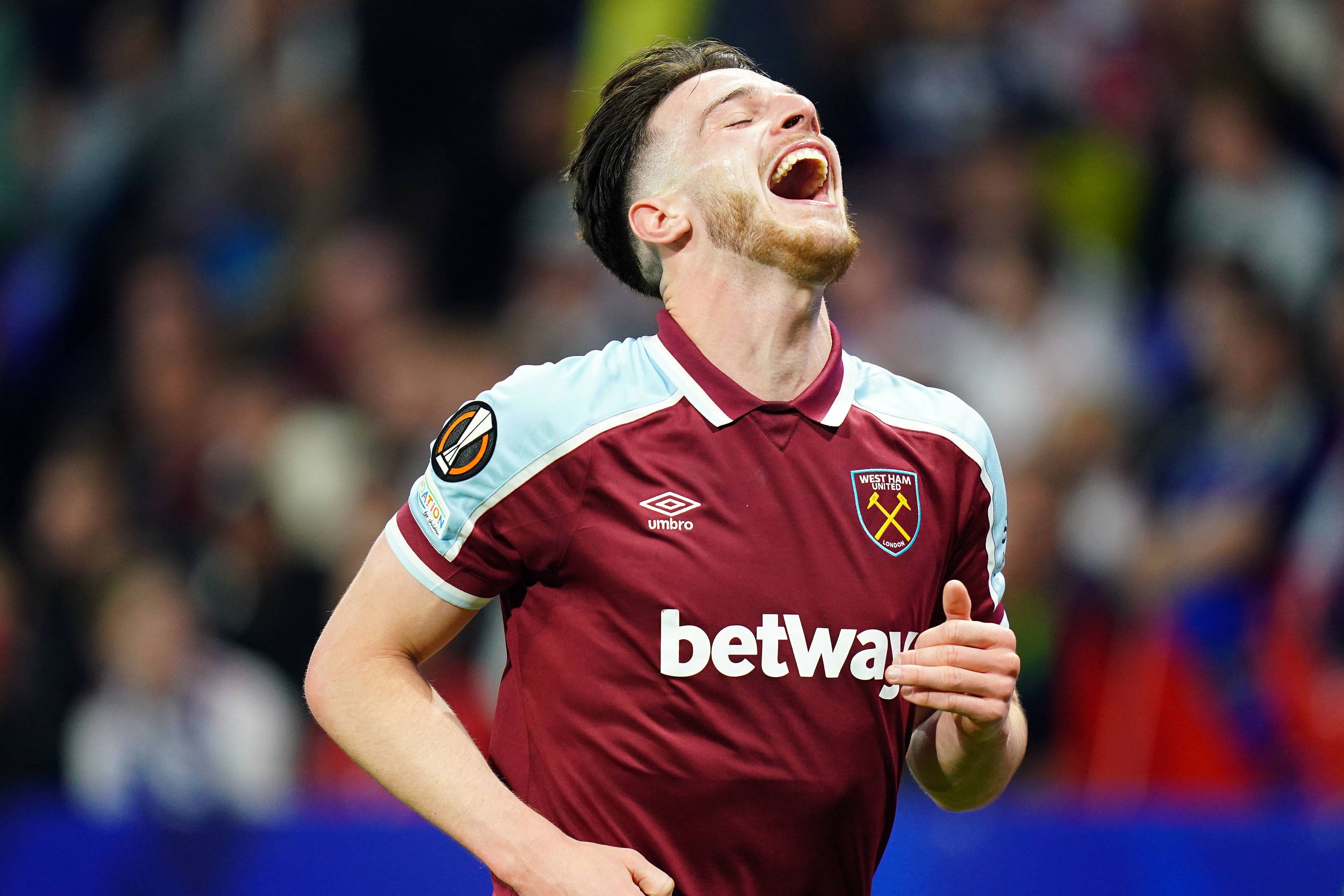 Declan Rice said the wink and Lyon’s arrogance were an extra source of motivation for his sideCredit: PA

Dembele was somewhat of a pantomime villain after the first leg for his wink following the red card to Aaron Cresswell.

But after producing a stunning performance to record a famous victory in the second leg West Ham responded by tweeting a wink emoji of their own.

Rice also joined in on the mockery, replying “this aged well” alongside a laughing emoji in response to Lyon’s Twitter account suggesting they were guaranteed to go through.

Michail Antonio, who is known for his humourous social media posts, also got in on the act. 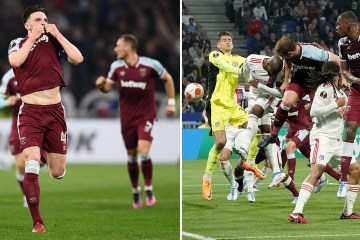 He shared a photo on Twitter of himself looking like he was about to burst, alongside a caption that read: “Can’t hold it in much lonnngggerrrr…….

Rice could not stop himself from hitting out at Lyon’s behaviour in his post-match comments, admitting Dembele’s wink provided extra motivation for his side.

He told BT Sport: “If you can’t get up for these games you shouldn’t be playing football.

“The roar from the warm-up, it was spine-tingling and it gives you that fire in your stomach to go out there and perform.

“There were a few incentives for us tonight to go out there and win.

“Dembele winking in the first leg at the camera and their Twitter admin somehow saying that they don’t see how they are not going to get through.

“Those things come back to bite you. We stayed quiet, put in a performance and now West Ham are in the semis. What more do we want?”