COURTNEY Clenney’s lawyer denies she had ‘special treatment’ after Christian ‘Toby’ Obumseli’s death – plus he claims the woman was a victim of human trafficking.

Clenney’s lawyer, Frank Prieto, spoke exclusively to The US Sun in the wake of the events involving Clenney and Obumseli.

Courtney then posted racy content on her social media channels after the stabbingCredit: Instagram/@courtneytailor 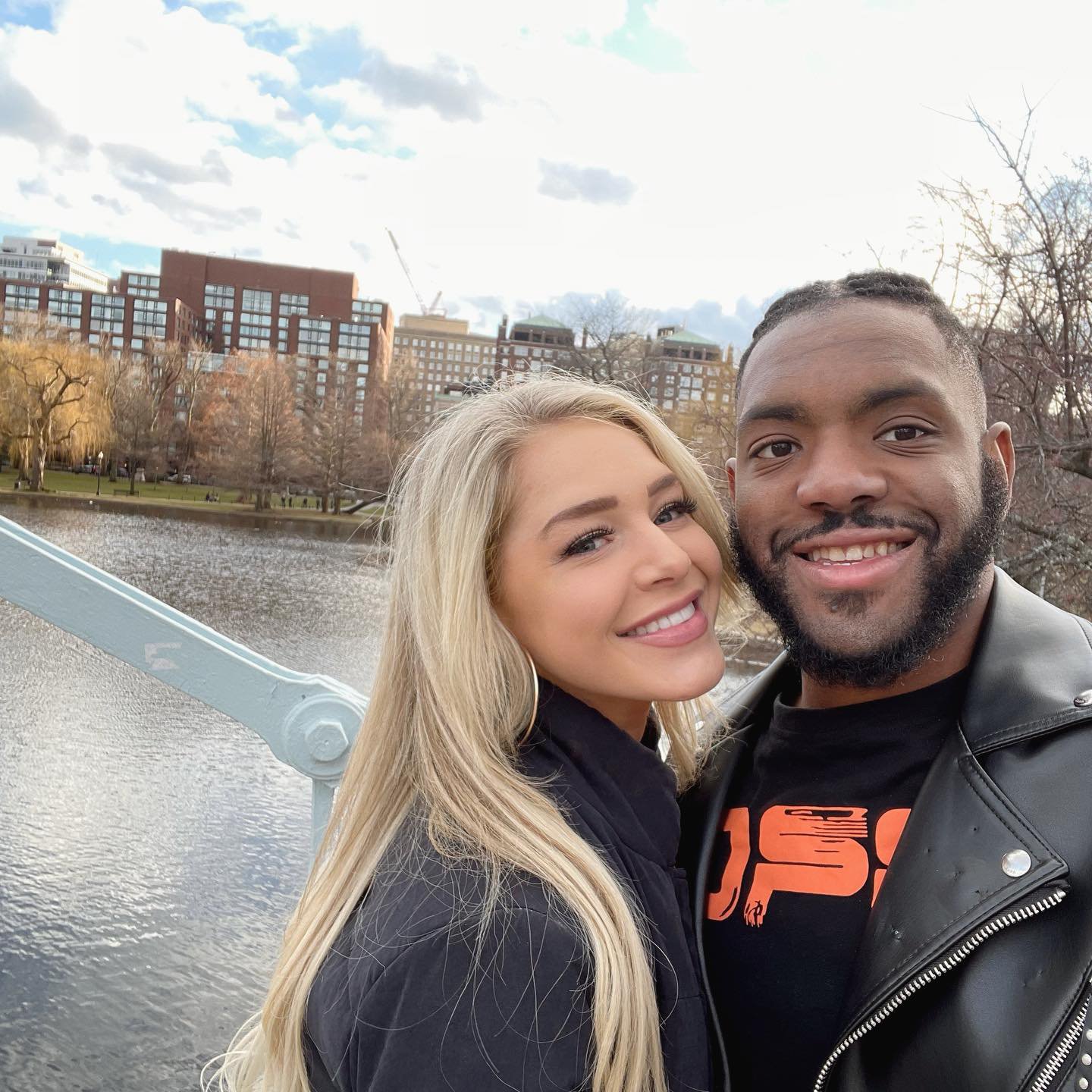 Courtney was arrested after allegedly stabbing her boyfriend in their apartmentCredit: Instagram/ Christian Toby

“Since the events of that tragic night, Courtney has been filled with absolute grief and despair,” Prieto began.

“Courtney is mourning the loss of Mr. Obumseli, in private, out of respect for his family.

“There is nothing we can say to alleviate the pain his family is going through; however, their calls for justice and an arrest in this matter are misplaced.

Prieto continued: “Justice in this matter calls for no arrest or charges. It is absolutely irresponsible for the family’s attorney (who was not present and has not seen the evidence in this case) to allege that the events of that evening were “unprovoked” or to insinuate that she is being afforded special treatment.

Prieto goes on to say there is “competent and substantial evidence” that Clenney is a “victim of domestic violence and possibly human trafficking.”

“There is no doubt the two of them had a tumultuous relationship; moreover, there is evidence that Courtney was a victim of physical, emotional, and mental abuse at the hands of Obumseli.

“That night was no different and Courtney had the right to defend herself out of fear for her life. Courtney cooperated with the investigators and her actions were clearly self-defense.”

Courtney, an influencer known on her social media platforms as Courtney Tailor, was detained and later taken to a mental institution after killing 27-year-old Obumseli, cops said.

Police responded to a 911 call from Clenney at around 5pm on April 3 at the Miami, Florida luxury apartment building the couple lived in. There, they found her boyfriend stabbed once in the shoulder.

Obumseli later died of his injuries after being transported to a local hospital.

Officers said that the violence was caused by a domestic dispute.

“We know that there was a physical altercation between them before he was stabbed,” a Miami PD spokesperson said.

NOT THE FIRST ALTERCATION

Intense arguments were common in Clenney and Obumseli’s relationship, mutual friends of the couple told an ABC affiliate.

According to the close friends, Obumseli had recently moved to the area and was living with Clenney at the One Paraiso apartment building, located in the Edgewater neighborhood of Miami.

Neighbors in the building have reported that the couple had a long history of domestic disputes and that local police often had to get involved.

While Clenney was detained at the police station following the stabbing, police say that she threatened to kill herself.

Police said that the threat led to an evaluation, causing her to be “Baker Acted.”

Florida’s Baker Act law allows law enforcement, as well as doctors, mental health professionals, and judges, to commit a person to a mental health treatment center for up to 72 hours if certain violent or suicidal tendencies are displayed.

‘YEAH, YOU SHOULD GO’

Days after she was apprehended, Courtney was spotted at a Miami hotel.

A video emerged on Instagram showing someone filming a blonde woman in the bar of Miami’s Grand Beach Hotel on Friday night, April 8.

Prieto confirmed that the woman was his client.

In the brief clip, as Clenney gets up to leave, the woman filming can be heard saying: “Yeah, you should go.”

Then she adds the unfounded accusation: “Because you just killed your boyfriend… Yeah, you did.”

The investigation into his death is ongoing and Clenney has not been arrested or charged with any crime.

Prieto defended Clenney being at the bar, saying that it was it was an example of people making up theories without knowing the full facts.

He told TMZ: “Courtney was there that night with her father, who simply wanted to pop in and have a drink in private – which was disrupted by this woman who started filming.”

Prieto added: “It is unfortunate that a member of the public, knowing absolutely nothing about circumstances and events surrounding the death of Mr Obumseli, would take the opportunity to harass the Clenney family during a time that they are trying to be supportive for Courtney.”

Prieto also claimed his client had been fighting for her life during the domestic disturbance on April 3.

He said: “At the time of the incident, M. Obumseli was committing a forcible felony. He had gained access to Courtney’s apartment without permission on several occasions in the days leading up to this incident.”

Prieto added: “Courtney acted in self-defense; the investigation by both the City of Miami Police Department and the Miami-Dade State Attorney’s Office will conclude such. With that said, we would ask for the public’s understanding about observing the family’s privacy at this time.”

The new footage comes just days after Clenney was pictured handcuffed and drenched in blood moments after Obumseli was stabbed to death.

Shocking footage obtained by TMZ appears to shows as the influencer in a black crop top and white pants covered in blood as she is spoken to by officers.

Her arms appears to be held behind her back. At one stage Clenney appears to be sat behind police tape at the luxury apartments in Miami.

The outfit matches an earlier video Courtney posted to Instagram.

A GoFundMe for Obumseli’s family has already raised over $64,000.

The page states that he was killed just one week before turning 28.

“Christian was extremely compassionate with a desire always to uplift those around him,” the GoFundMe organizer wrote.

“He did not deserve for his life to be cut short by a heinous act of violence.”

The investigation into Obumseli’s death is still ongoing.

A TIKTOKER shared a laundry hack that could save people hundreds of dollars. User @sarahebaus showed off her…
byBizLifetime
No comments