THE HUMBLE table lamp has been a fixture of British homes for decades and until recently I thought we’d seen every version imaginable.

Tall lamps, short lamps, even leather lamps – as far as I was concerned, we’d exhausted all options and any attempt to innovate was fruitless.

Ikea and Sonos have strapped a high-end speaker to a table lamp – and it’s absolutely brilliantCredit: Ikea/Sonos

That was, until I got my hands on a “Symfonisk” – the brainchild of audio behemoth Sonos and Swedish retail giant Ikea.

While the name might sound like something garbled through a mouthful of baked beans, the product itself is truly remarkable.

In case you hadn’t guessed yet, it’s a sleek and stylish table lamp coupled with a cracking WiFi speaker.

Priced at £150, Ikea and Sonos released the curious gizmo in 2019 and wheeled out an updated version last summer.

They say Symfonisk 2.0 sounds and looks better than ever before – I took it for a test drive to see what all the fuss was about.

Before you start blasting any tunes, you need to set your lamp speaker up, which in true Ikea style requires some home assembly.

Mercifully, the Symfonisk comes in just three parts (four if you include the 40W bulb): The base, the glass or fabric shade and the power cord.

Fitting them all together takes a few moments and from there you’ll need to hook it up to your WiFi through the Sonos app.

Once that’s all sorted (it takes a few minutes), you can play tunes through the speaker via apps such as Spotify and Apple Music.

As far as the design goes, the Symfonisk falls in line with other Ikea products, with clean lines and a simple silhouette.

The only thing that betrays it’s a speaker is the row of three buttons on the base that you can use to pause/play or control the volume.

The design certainly doesn’t jump out at you, but it’s not supposed to, with a minimal aesthetic that will fit seamlessly alongside your furniture.

The musical lamp comes in both white and black colourways, with a choice of glass or fabric shades.

If you’re up for something a bit more traditional, I’d suggest you stick to the understated fabric shade, while those looking for a modern look should consider the bulbous glass one.

The actual lamp bit of the contraption is analogue, so it’s “on” or “off” via a button at the front rather than anything fancy like a dimmer switch.

Using the Symfonisk is simple enough. You control what’s played using your smartphone via the Sonos app.

You can also hook your mobile up to the WiFi speaker through Apple’s AirPlay 2 or Spotify Connect straight from the appropriate app.

Ikea and Sonos say the second-generation lamp has a redesigned soundscape that better spreads around the room.

It means you should be able to place the gadget almost anywhere and it will sound just the same – a claim I can verify following my testing.

For its size, the speaker sounds incredible, but then I’d expect nothing less at this price point.

It pumps out a surprising amount of bass, and vocals come through clear and intelligible above the mix.

Listening to Tame Impala’s “Lonerism”, I noticed that parts of the mix lost detail compared to how they sounded on other Sonos speakers.

Some background instrumentation, in particular, fell by the wayside and got lost behind the drums and bass guitar.

It’s to be expected from a speaker of this size but is worth considering if you’re thinking about splashing out on one.

There’s no getting around the £150 price tag, which is steep no matter which way you look at it.

However, considering you’re getting a Sonos speaker – among the best audio brands in the business – as well as a stylish lamp, you get plenty of bang for your buck.

While the Symfonisk remains a fairly niche product, if you’re looking to upgrade your home sound system, you could do a lot worse.

It sounds great, looks the business and doubles up as an extra light source to brighten up those cold, winter nights.

Turns out innovation really can bring about something fun and exciting. Who knew? 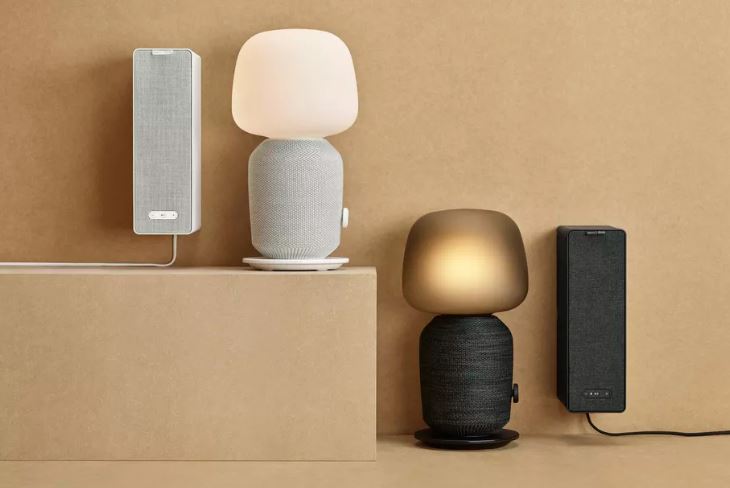 You can get the lamp in white or black colourwaysCredit: Ikea/Sonos

In other news, a four-tonne chunk of a SpaceX rocket is on a collision course with the Moon, according to online space junk trackers.

Boeing has sunk $450million into a flying taxi startup that hopes to whisk passengers across cities by the end of the decade.

Personalised smart guns, which can be fired only by verified users, may finally become available to U.S. consumers this year.

And, scientists are embarking on a mission to unravel the mystery behind dozens of grisly child mummies buried in an underground tomb in Sicily.

REGULATION by the European Union could force a change to the design of the iPhone. A unique feature…
byBizLifetime
No comments

Table of Contents Hide 1. Turn the Apple logo into a hidden buttonMost read in Phones & Gadgets2.…
byBizLifetime
No comments

What are iPhone’s ‘time sensitive’ notifications?