Inukari – Chase of Deception is a retro-styled platformer .. yeah, yeah, we’ve heard this one before. Retro platformers are a dime a dozen. I’m sure we have access to more stylized platformers today than we actually did back in the era they’re inspired by. Luckily, there must be a market for them; I know I’m a fan. While Inukari may not be original in look or feel, it does have a few things going for it. And a few things against it. Let’s find out if it’s worth your time.

I’ll start things off with a few positives. Firstly, the story is interesting. It tells the tale of a fox spirit who’s awoken by a voice crying for help. Your role is to protect the Earth, and clearly, you’ve let things slip. Animals are covered in a gooey goo that brings out their dark side. A quick swat of your trusty weapon frees the creatures, allowing them to go their merry way. It’s reminiscent of the way Sonic the Hedgehog rescued those cute critters from Dr. Robotnik, which is not the only comparison to the blue blur I’ll be making today.

Another element I enjoyed was the platforming. Jumping is fun in Inukari! It strongly reminds me of the way Sonic handles. Instead of leaping solidly from one platform to another like most platformers, you float through the air, a little lighter and faster on your feet à la Sonic. It’s an enjoyable way to romp through the forests and hills of the game.

I enjoyed the retro style of the graphics, too. I particularly liked the sunset background featured during higher-up portions of levels with a red sky overlooking the hills. The sprites are also well designed, with various animals to rescue along the way.

There are three worlds in Inukari – Chase of Deception, each comprising eight levels. I only know this because I looked it up. There’s no marker between levels, although there are random checkpoints where you’ll respawn if you die. You’re not told which level you’re on or how many there are to go, so you kind of just keep going until you finish the world. Maybe a map would help. Or even some on-screen text. 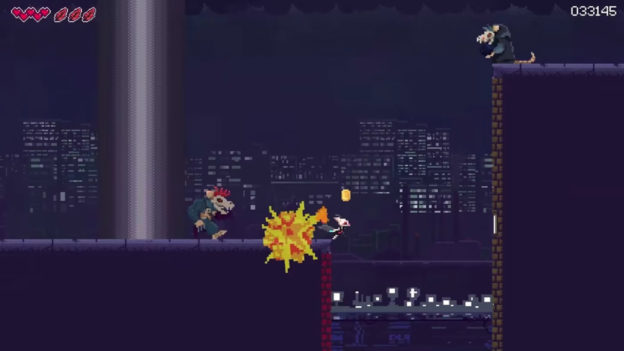 Unfortunately, there are a few other elements missing from Inukari. For one thing, there’s no tutorial. It’s not that it’s hard to pick up and play, but there’s little in the way of guidance. An example is coin collection. You’re not told why you should collect coins, which are littered throughout the level. I literally don’t know what they do, even though I collected a bunch. As a result, I racked up a large score, which is basically meaningless. You also can’t skip the intro text, which is an annoying feature when you restart the game. I couldn’t see how to change the difficulty level, either.

The on-screen story text bothered me. I’m assuming this game was written in another language and translated to English; otherwise, it was simply poorly written. There are some obvious errors, like “Now that I am close to not be myself” or misspellings like “ulcur” instead of “ulcer”. My favorite line was: “I will coat this world in darkness so nobody will need a name no more,” which actually made me laugh. I’m sure the developers did their best, but why didn’t someone pick these errors up during testing? It’s details like these that create an unpolished feel. 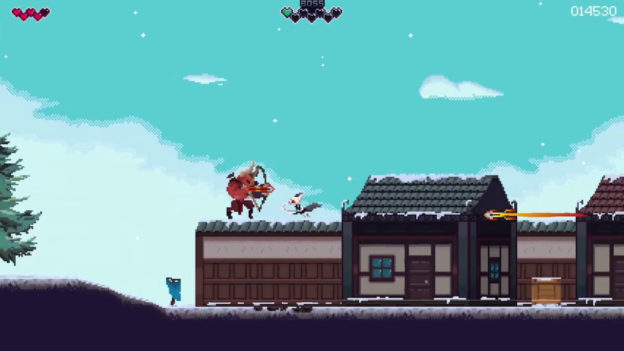 Let’s face it, you could still enjoy a game with grammatical errors. Unfortunately, there are some actual gameplay bugs, too. There’s a strange jitter effect in some levels while running and jumping. It seems random, but it’s off-putting. It felt like I was playing a high-tech game on a really old platform. A little too retro, if you ask me. Level variety is also average. Running and jumping may be fun, but there’s not much to do throughout the 24 levels other than leap across platforms and wall-jump up cliffs.

Overall, Inukari – Chase of Deception is a somewhat charming platformer marred by sloppy presentation and gameplay. The story (errors aside) is an interesting one, and the characters are rendered in a neat retro way, but the whole thing seems unfinished or unpolished. It’s a shame because I think this one had potential.

Isn’t calling your new multiplayer content Lone Wolves a bit of an oxymoron? (pic: 343 Industries) The second…
byBizLifetime
No comments

Into The Breach Advanced Edition interview – ‘it was an accident’

You won’t need to spend a penny! (pic: Blizzard) To celebrate the launch of Overwatch 2, Blizzard will…
byBizLifetime
No comments

Lila’s Sky Ark is a puzzle-adventure game for the Nintendo Switch. If you like your gaming a little…
byBizLifetime
No comments