A GIANT telescope is set to blow our minds with the universe’s secrets after blasting off into space on Christmas Day.

Following decades of planning, the James Webb space telescope is ready to reveal what’s really out there – and it could “sniff” out signs of alien life, too.

The colossal mirror set off a million miles away from Earth where it will unfold to the size of a tennis court.

Here’s what you need to know about it:

What is the James Webb space telescope?

The telescope is basically a massive mirror that can use infrared to see way beyond what we’ve seen before.

It’s the biggest and most complex thing of its kind, fitted with all sorts of sophisticated kit.

The aim is to uncover the hidden depths of our universe, peering at faint light of early stars and galaxies created after the Big Bang some 250 million years.

What’s on board the James Webb space telescope?

The main part is a gold-coated mirror, which is so huge it can’t be sent into space in one piece.

Instead, it’s formed of 18 hexagonal parts that will cleverly unpack and click together like a perfect puzzle once in place. 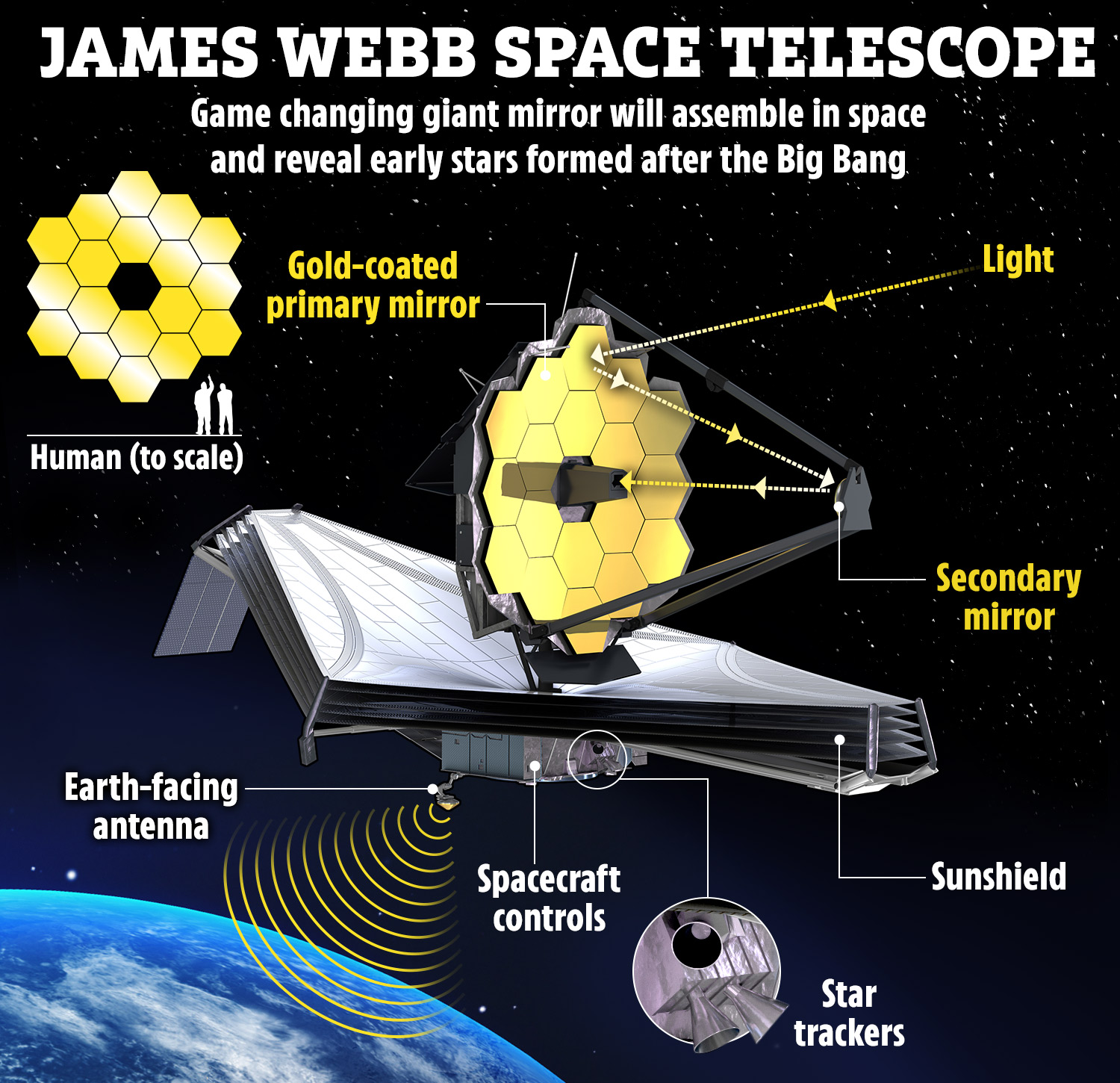 We can see you…

There’s also a secondary mirror to bounce everything back to Webb’s systems.

A sunshield protects everything it catches from the sun.

Inside there are four key instruments to capture light from hundreds of millions of miles away.

This includes a camera to snap shots.

The kit will be able to see through dense dust clouds that cover distant planets.

Getting past this could help point towards life, but experts doubt we’ll actually find aliens with it.

“It’ll be able to do many things but I don’t think that’s on the list of objectives for the science that NASA has come up with,” Caroline Harper, from the UK Space Agency, told The Sun.

“If you can analyse the atmospheres of exoplanets then you can look for molecules that might be needed for life or might indicate the presence of life but that’s the closest we’ll get to spotting little green men.” 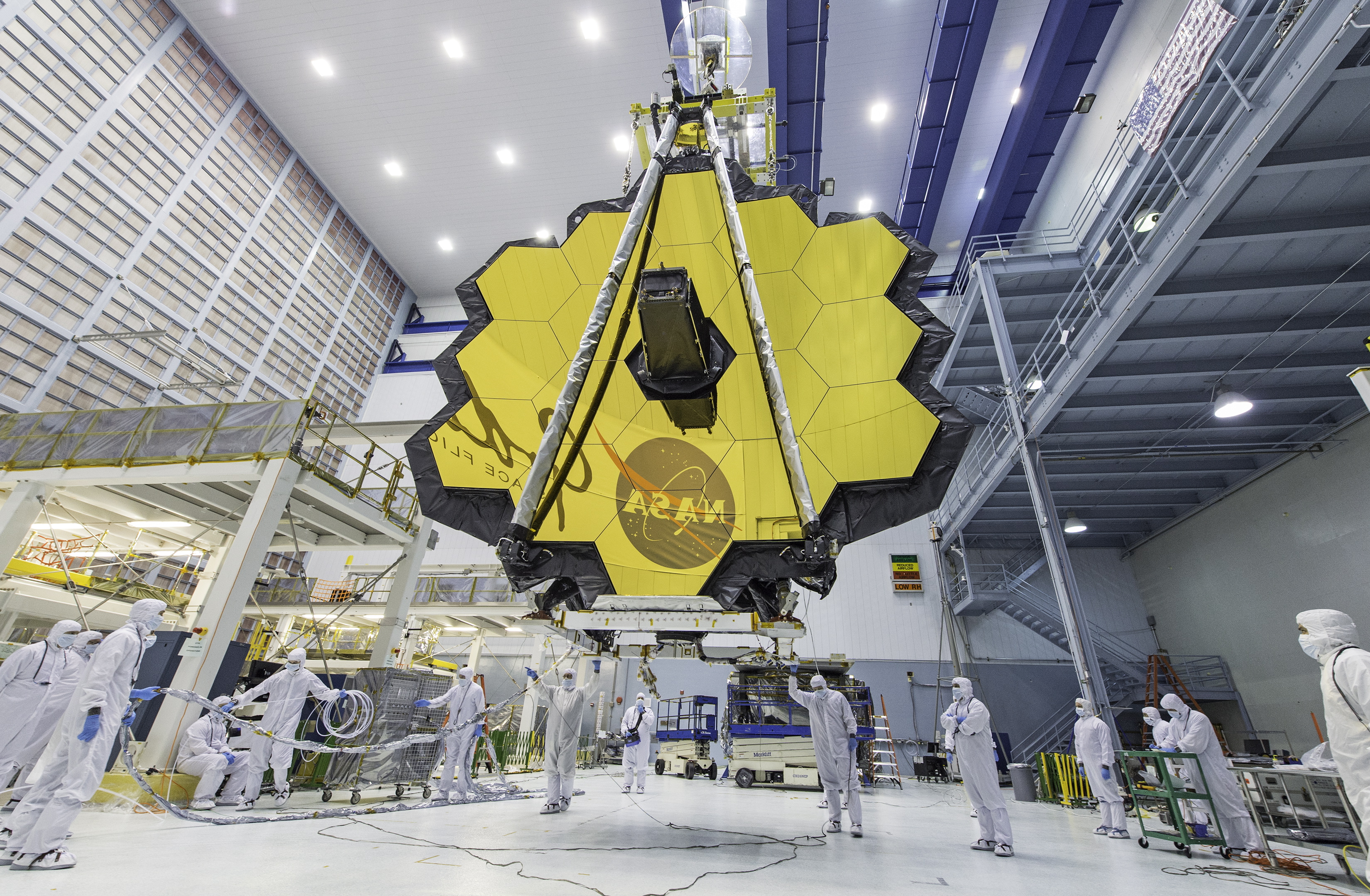 What is the James Webb space telescope looking for?

The main mission is to see stars and planets from early on.

It takes a really long time for light to travel so we can essentially look way back in time from when they formed after the Big Bang.

When was the James Webb space telescope launched?

Why was the James Webb space telescope delayed?

Getting it wrong could mean billions of pounds and decades of work wasted.

The last date change was from December 24 to December 25, because of high winds.

How long is the James Webb space telescope expected to last?

The telescope is built to have a minimum lifespan of five years.

But scientists hope to make it last more than 10 years.

Who is James Webb?

The telescope is named after James Webb who was the boss of NASA in the 1960s.

Until 2002, it was known as the less catchy Next Generation Space Telescope.

What do the experts think?

Caroline Harper, who is Head of Space Science at the UK Space Agency, told The Sun that Webb is going to “re-write bits of the astronomy textbooks”.

“We’re all extremely excited to see the amazing science that will be returned.” 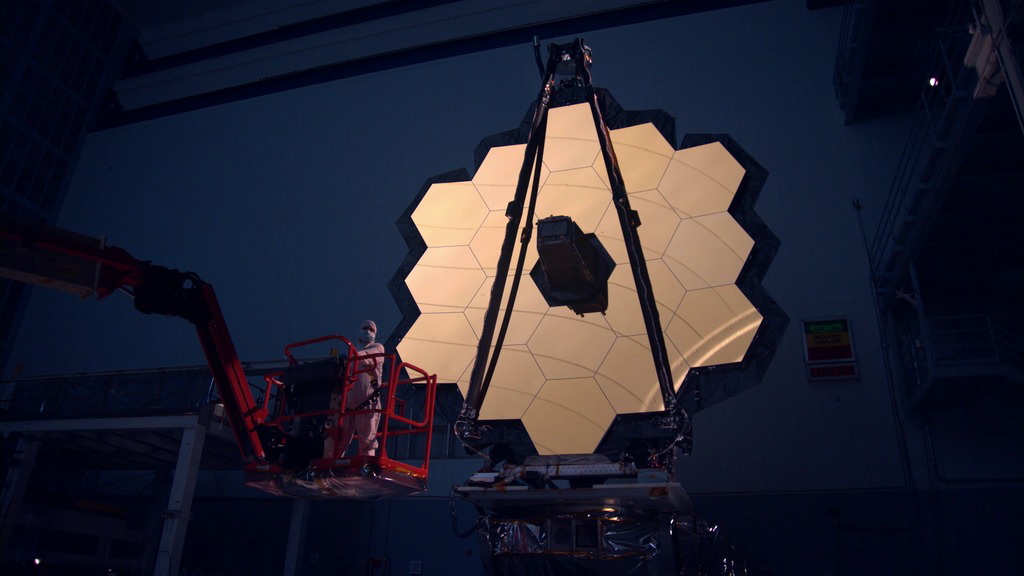 The telescope is made up of 18 gold-coated mirror pieces that’ll form into one.Credit: EPA

In other news, NASA has slammed Russia after a missile it fired into one of its own satellites forced the space station to perform an emergency swerve.

Scientists have figured out how fast a type of dinosaur could run – and it would have given Usain Bolt a run for his money.

And Google has confirmed that some of its smartphones are unable to call emergency services due to a software bug.

Why mosquitoes are especially good at smelling you

Some mosquitoes have a near-foolproof thirst for human blood. Previous attempts to prevent the insects from tracking people…
byBizLifetime
No comments

Mars might be, geologically speaking, not quite dead. Researchers have analyzed a slew of recent temblors on the…
byBizLifetime
No comments

Ancient, HIV-Like Viruses Have Been Hiding in Mammalian Genomes

Many, many millions of years ago, an HIV-like virus wriggled its way into the genome of a floofy,…
byBizLifetime
No comments

A Risky Monkeypox Vaccine Is Looking Better All the Time